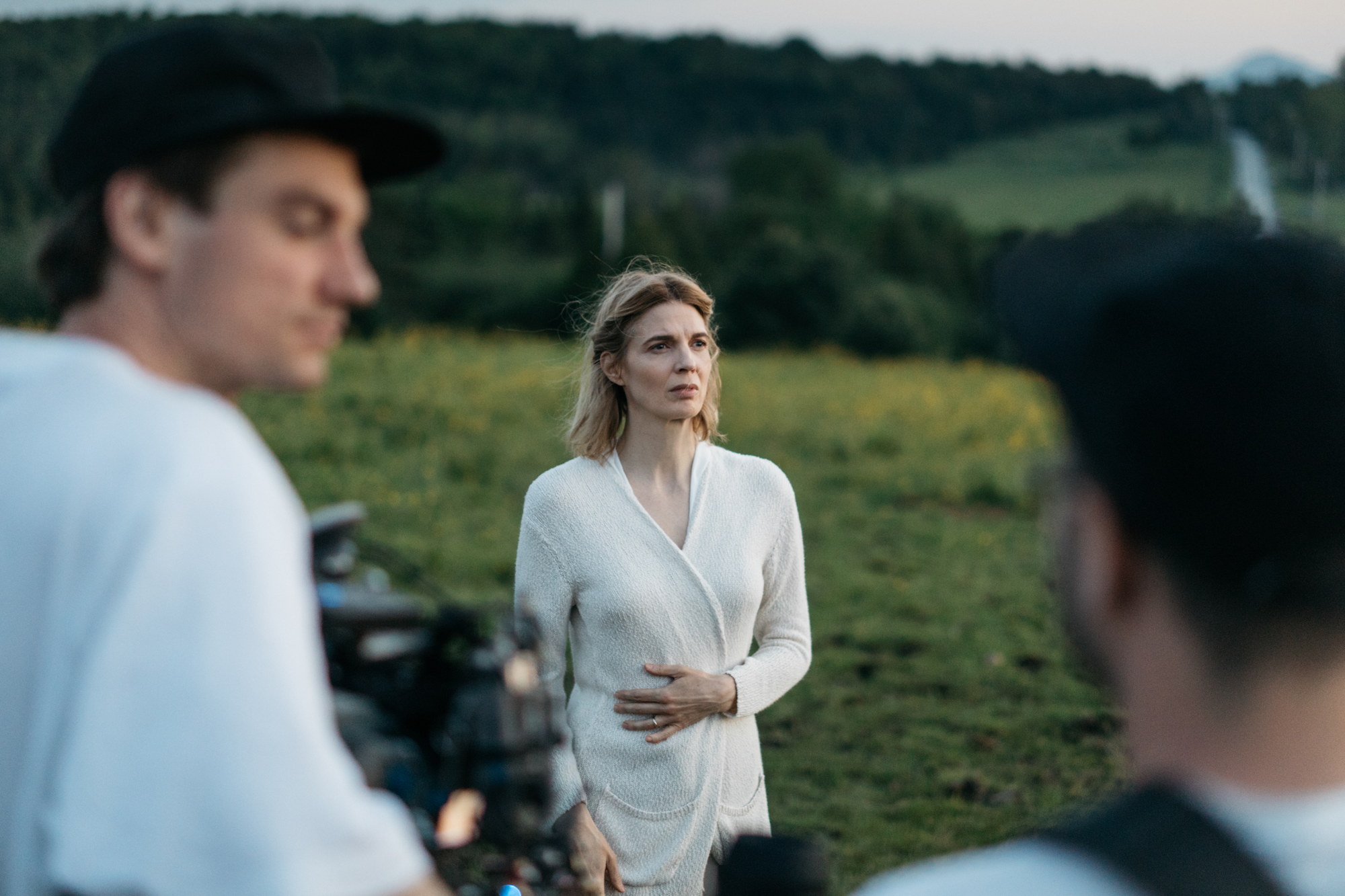 Director Philippe Grenier places us in an uncomfortable position as we bare witness to an excruciating moral dilemma for a mother in his deeply moving music video for Canadian pop singer/songwriter Beyries. Son demonstrates Philippe’s deft talent for raising an intolerable level of tension and forging a satisfyingly sinuous narrative. I caught up with Philippe to uncover the methods behind his hard-hitting short which journeys from severe suffering to calamitous release within just four and a half minutes.

What inspired you to pursue this narrative?

As soon as I heard Beyries’ new album, it became an instant favourite, I quickly knew I’d want to make a video for one of her songs. I finally chose Son because of the lyrics, the melody and the artist’s powerful performance. I went back and forth for a long while with Beyries in order to get to this storyline.

A mother faces an important dilemma when her son commits a morally unacceptable act. We play with the very fine line between anger, powerlessness and the love of a mother for her son. The dichotomy, the contradiction of emotions inspired me to tell the story of this broken family. The narrative offers no clear answer or solution; it compels the viewer to take a stand on avenged injustice, which we decide to pardon or not. I wanted to dive into these very complex relationships, these moral issues and to translate them into a short story.

The narrative offers no clear answer or solution; it compels the viewer to take a stand on avenged injustice, which we decide to pardon or not. 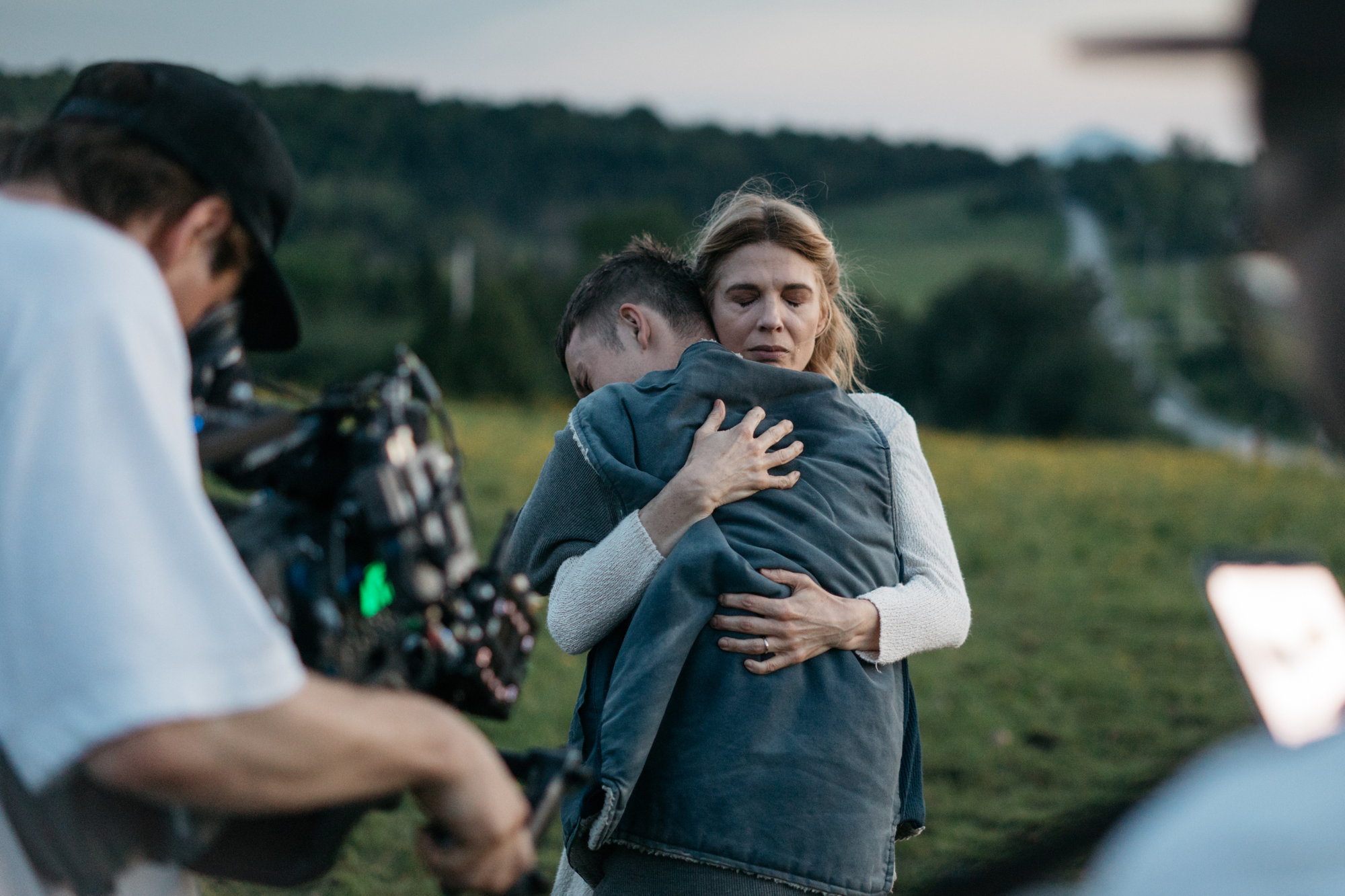 This isn’t the first time you’ve shot in 35mm, what do you think the format adds to a piece and what was your reasoning behind using it for this project?

Last year, Ariel Methot (Director of Photography) and I used 35mm film to shoot the video for Peter Henry Phillips’ The Wind. I loved the format and wanted to use it again for this project.

The whole dynamic on set was completely different from what I’ve been used to on other shoots. Having limited footage forces you to be more rigorously prepared than usual; the team has to have another level of concentration. Limited budgets and the fact that we were working on a music video (very little time to shoot), we are particularly careful not to overshoot. Knowing we won’t have 50 takes; the actors give their all each and every time, as they would in theatre.

I enjoy the collective concentration and the urgency of each take. Between takes, changing sets, lighting and costumes can be pretty hectic, but as soon as we shoot a part of the story, a magical silence takes over the set: the team is together, all on the same wavelength. The grainier film and it’s wide-ranging dynamic capture natural light so well, and I find it super rich on screen. Beyond that, it’s pretty subjective, but I love the finish you get when shooting in that format.

What was behind your decision to set the story in such a remote location?

I wanted to contextualise the characters on a big farm, surrounded by vast fields and a stable. The family in the story are part of a small community united by the church and their shared religious beliefs, where mutual co-operation is an obligation due to distance and isolation. That’s why I wanted to get away from the city and shoot in the Eastern Townships.

What were the challenges of shooting there and how did you overcome them?

The main challenge, in directing music videos, is always money. In this instance, more than a music video, I wanted to shoot a musical short film. We had to shoot all the scenes in two and a half days because of all the constraints. We, therefore, had to find a place for the whole team to sleep. I found a location near my mom’s cabin, so we could accommodate the team without having to dip into our production budget. These kinds of shoots are always the most fun; the team becomes a micro family for the duration of the project.

Can you tell us how you approached depicting such disturbing acts so subtly on screen whilst maintaining and enhancing tension?

The narrative revolves around a young man and his suffocating rage; the idea was to avoid illustrating the aggression or the father’s death in an obvious way. I also wanted for the abuse to be understood through subtle images, in a restrained way, without reverting to sensationalism. My aim was to suggest, but never to illustrate anything too graphically. I find it can be more impactful to show less and let the viewers interpret what they see in their own way.

I’ve been working in advertising at Morrison Films for a year, I like the challenges it brings. I’m developing a second short film with Audrey Blackburn, my Producer and partner in crime, who also worked on the Beyries music video. The screenplay is almost done. My last short film, The Endless Days, is still on the festival circuit. It will be competing in two festivals later this year.

At the same time, I want to keep directing music videos for artists that inspire me.