Palestinian filmmaker and poet Annemarie Jacir has depicted an intimate account of a troubled relationship between a son and his father in her latest film, Wajib. Alongside political undertones, the film touches on themes of tradition, the intricacies of separation and the coping mechanisms of human beings under threat of losing their identity. I sat down with Anne-Marie at the London Film Festival to find out more about what it’s like to shoot a film in Nazareth, along with her approach to producing a script heavily weighted with dialogue.

What inspired you to create Wajib?

I was interested in the city of Nazareth because it’s the biggest Palestinian city and as the only fully Palestinian city inside Israel’s borders right now, it’s a very strange and very tense city. It feels as if people are really competing for space, for their rights and yet there’s this great humour within people – I believe humour is a survival mechanism for them.

This combined with the whole idea of delivering the wedding invitation which is something that’s very traditional in Palestinian culture, but nobody really practices it anymore in Bethlehem (where I am from) except the Palestinians in the north. However, in Nazareth, it’s very much still a practice. I was interested because I think it plays a huge part in holding onto your identity when it’s being threatened. So, I started to develop this whole idea with the father and the son and the way different generations and different people deal with their reality.

And a lot of the experiences came from your own life…

My husband had to deliver these invitations with his father for his sister’s wedding, when I found out I asked if I could come along. I said, “Pleeeeease can I join you” and he said, “Why do you want to come?” I said “I just want to, I’ll sit in the back seat, I won’t say anything I just want to be there.” So I just tagged along like a little fly on the wall. A lot of it is fictionalised but there’s a lot of reality as well. 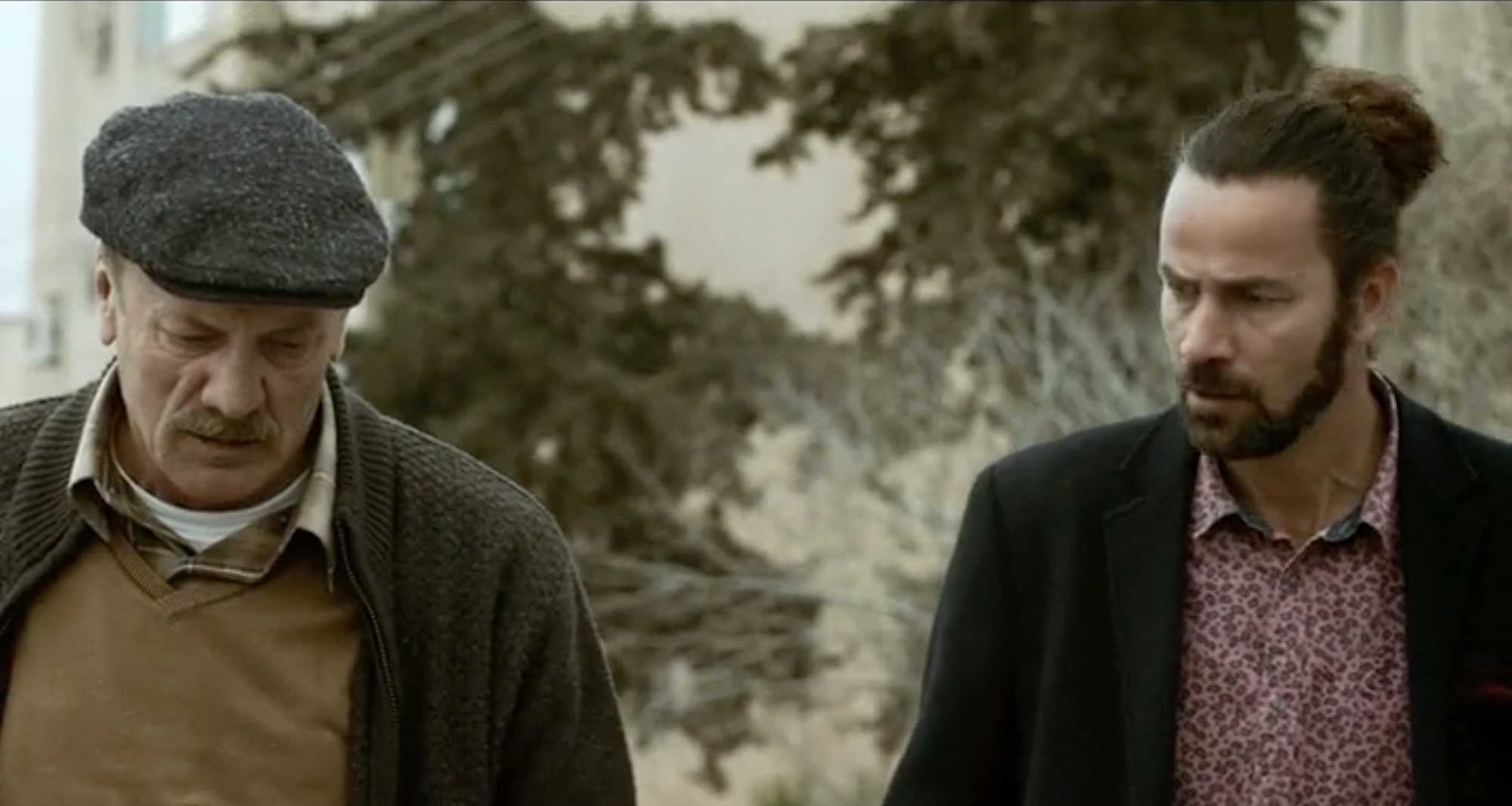 The film has a very naturalistic style, can you talk us through how you radiated such a raw and honest feel onscreen? And how working with Shadi and Abu Shadi who are father and son in real life cultivated this?

Yes I’ve worked with Saleh Bakri, who plays Shadi, a lot. We began our careers together and still work together frequently. His father is a very well-known actor but I had never worked with him before. I always had Saleh in mind but I wasn’t sure about his father, even though I liked the idea of his actual father playing the role. I was dubious as I believed it would be difficult for them as actors, as it gets really personal sometimes and I was afraid it would be too close to home and even though they’re professionals, it would be hard to go there. It’s generally easier to work with people who are not your family.

I tried to be sparse with the dialogue for a dialogue-heavy film.

Also Abu Shadi, played by Mohammad Bakri, is really different than Abu Shadi in real life. I usually cast people that are similar to and have a lot in common with their roles but he’s quite different, he’s a very elegant, very slick kind of guy. We spent a lot of time in preparation, worked together a lot, not just on the script but physically – he really embodies the character. I was at a screening in Locarno, after the screening he was standing outside of the theatre but people didn’t even recognise him, they didn’t realise it was him at all!

There is a lot of dialogue in the piece, can you talk us through how you approached writing a script of this nature?

Yes, it was a difficult script to write because there is a lot of dialogue and there’s not a lot visually, mostly just two people in a car interacting. I think that was the biggest challenge as the piece is about what they don’t say and what they have never said to each other. It was interesting to work on the script in that way. As much as possible I tried to be sparse with the dialogue for a dialogue-heavy film and even on set I was continuing to write while I worked and whilst in rehearsal if I heard something that didn’t quite fit, whether it was just one word or one sentence, I took it out.

I hear filming is not so welcome in Nazareth, especially at that time of year, can you talk us through your experience during production?

It was tricky because it was winter in Nazareth and Nazareth is a city that is filmed the most in Palestine and everyone is really sick of film production there so it was also tricky to manoeuvre. We had a lot of local crew and that helped as that’s the way a city like that works, people know each other.

Logistically it was a problem when we went to deliver a wedding invitation to Ronnie the Israeli guy, as this had to be filmed in two places. One in the city of Nazareth where there is an Israeli settlement and the other at a different location as we were thrown out of the initial location twice which was a bit of a nightmare in production. It begins in one spot and it’s finished in another, hopeful, you don’t notice it in the film.

I have a couple of projects. One is a British Palestinian co-production in very early stages, so it’s too early to talk about but I will say it has a link with the UK and is going to be really fun!