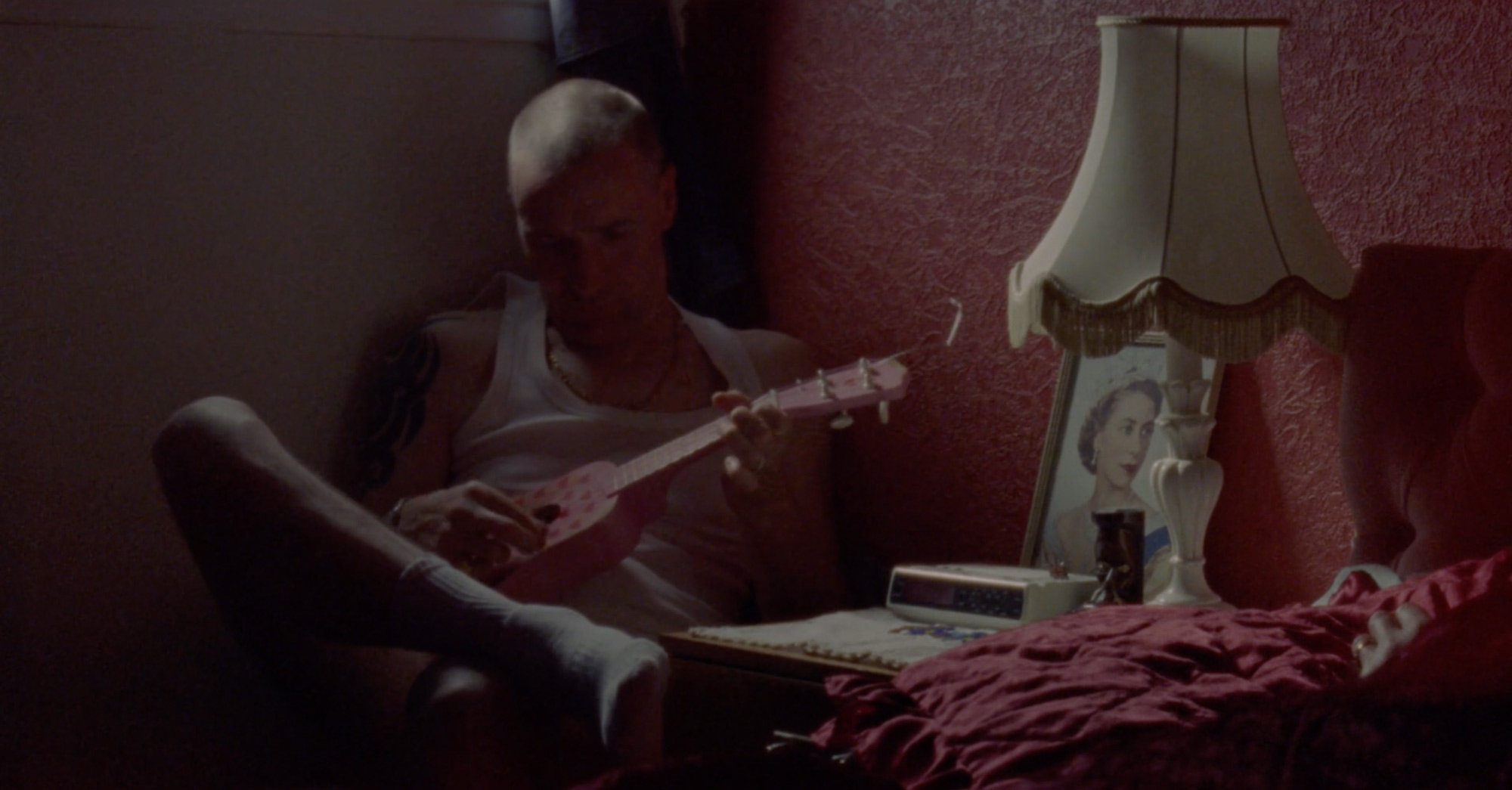 Brutally raw and depressingly downtrodden, Sean Robert Dunn’s British by The Grace of God is a film set shortly after the European referendum. The piece follows a dysfunctional family ruled by an ultra-nationalist father and a mother who is wrestling with the reality of ageing, combined with being painfully overlooked by her husband and reclusive son. I caught up with Sean at the London Film Festival to find out how he balanced an unnerving vision of populism and racial hatred with chimes of comedy.

Where did your inspiration to create British by The Grace of God stem from?

Over the past few years, the question of nationalism has been a difficult one to escape, particularly in Scotland. I feel like we have had a bit more time to ponder these questions than the rest of the UK, mainly because we had our own referendum in 2014. So by the time the Brexit referendum came along most people were pretty sure where they stood, one way or the other.

What drew me to the subject matter was that I was interested in what makes us gravitate towards particular movements and how important a part honour, tradition, and loyalty play in forming our views.

What was your creative decision behind the use of 16mm?

Firstly, I had never shot on film before, so the challenge of working with it really excited me. I still think there is a romance to celluloid and that whole process.

Secondly, the decision to shoot on film, particularly 16mm, was aesthetically appropriate to the story I wanted to tell. I wanted it to be difficult for the audience to place the exact era of when the film is set. For me, it needed to feel timeless. I wanted it to feel like if I had made a film about these same characters 30 years ago, or even 30 years in the future, they would be the same. That their world is unchanging and stubborn.

The characters are complex, the husband, in particular, is paradoxical, on the one hand being ultra-nationalist and domineering and on the other hand vulnerable, can you talk us through your development of his character?

I think that he is scared and definitely vulnerable, but he is human and we are all capable of feeling this way. The comments on what our ideas of weakness are and how that relates to our expectations of masculinity and are something which causes a lot of suffering in our society. So maybe he is more a victim of these expectations than what we would like to admit. I think that as a general rule, characters should be messy and contradictory, both in how they act and what they say because that is what we are.

Can you describe your reasons for using shots of the characters reflected in mirrors?

I feel like in many ways we all live in our own little echo chambers these days. On social media, we see and hear what we want to. Our newsfeed is catered for us and curated by our friends. This means that despite the almost limitless possibilities for communication and learning at our disposal on the internet, we are instead – at least the way I see it – becoming increasingly blinkered and closed off to different opinions and experiences.

The mirror motif is just an extension of that idea. These characters are trapped, unwilling and unable to escape because their beliefs are continually being reflected back on them. Their horizons can’t broaden in that environment.

I think that as a general rule, characters should be messy and contradictory, both in how they act and what they say because that is what we are.

Can you talk us through the way in which you delivered the suicide?

I really didn’t want to make a film about suicide for all the obvious reasons. So instead I made it an irrelevant thing that just happens. There are no consequences for it – at least as far as the film is concerned – and the film could exist without it.

I was interested in presenting a tragedy in a matter of fact kind of way, but in a way in which I hope leaves the audience winded, like a punch to the abdomen, and questioning whether they really just saw it, or whether they are mistaken.

You have some excellent actors taking part, how did your collaboration with Kate Dickie and Gary McCormack come about?

I am eternally grateful to both Kate and Gary who made the film what it is. I really hope I was able to do them justice because any faults in the film certainly have nothing to do with either of them or the rest of the cast who were also incredible.

I had actually written the script with Kate Dickie in mind, dreaming that she might say yes to the part. When I’m writing characters and giving them a voice, I always find it useful to have an actor, or the real person, in mind. My girlfriend was able to get the script to Kate through a friend of a friend – I can still remember the phone call where she told me that Kate had agreed to be in the film. I was very happy.

I met Gary not long before the shoot. I found it very difficult casting for the character of James. Nobody was quite what I had in mind – but to be honest, I wasn’t sure what I had in mind exactly – then I was introduced to Gary through an old school friend. Instantly I knew he was perfect and we got on really well. He is a great actor and even greater person.

What do you think shooting the film just three weeks after the European referendum added to the feel of the piece and was that timeframe deliberate?

Absolutely not deliberate in the slightest. I had the script written in February and shot the film in July. It was by pure chance that what happened happened.

As I mentioned earlier, I had been pondering the question of nationalism in Scotland for a long time. That referendum in 2014 was the culmination of many years questioning Scotland’s place in the UK and what it means to be both Scottish and British, so the script was about that really. I just think it was in the air and I managed to get inspired to write at the right time. 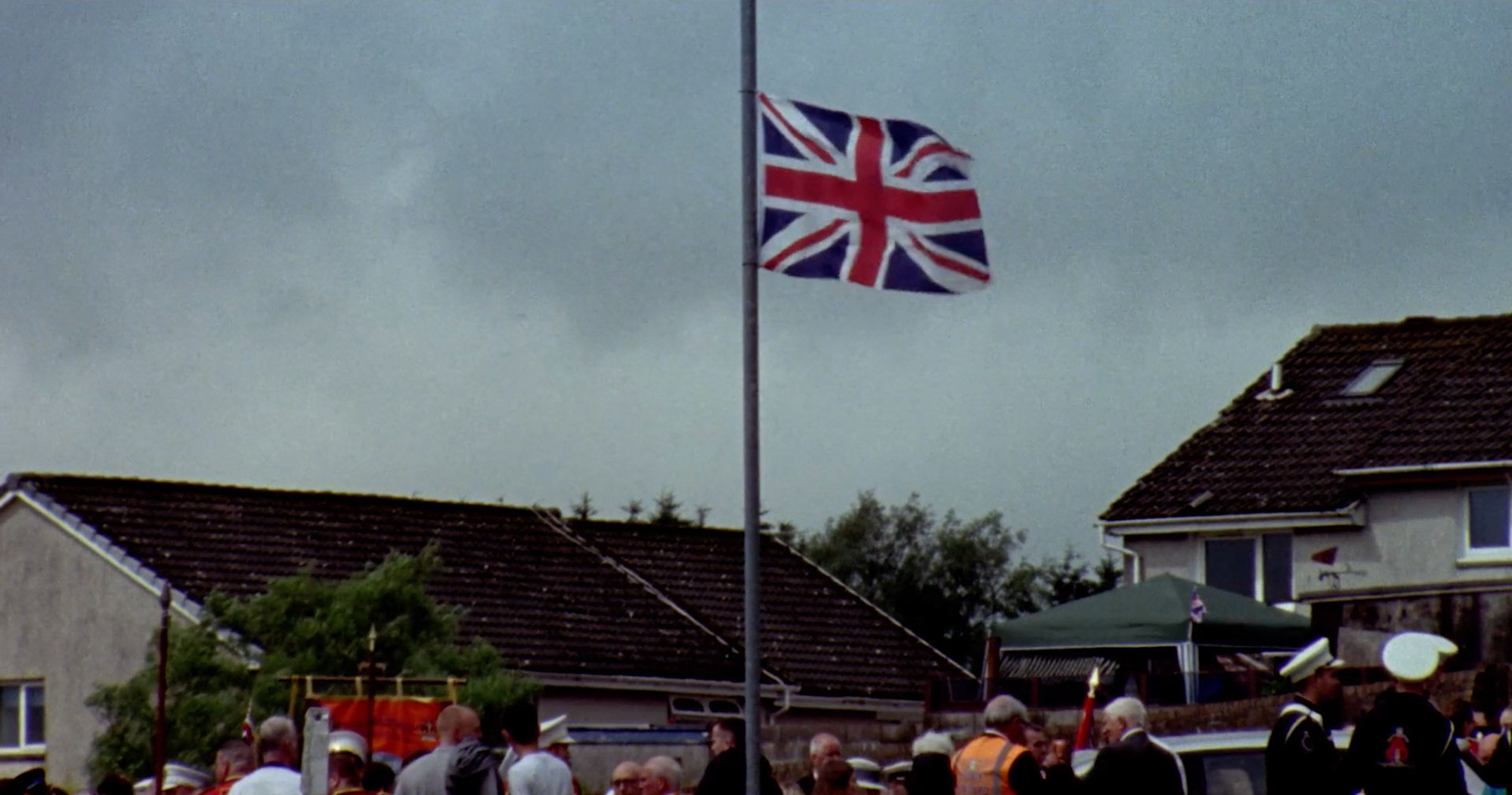 You studied screenwriting and directing at Columbia University in New York, what do you feel are the pros and cons of attending film school?

I think the pros are the collaborators that you meet and the network of professionals who you will hopefully grow with as your career progresses. I think that it’s also a great place to learn and make mistakes, which is difficult to do in the real world.

The major con is the cost of attending these schools. There is an argument that says ‘shoot a feature film with the money you would spend at film school’, and I think that could work for some people. But for me, it has been hugely important to develop my ideas and voice in an environment which has supported me.

I am currently writing and directing my first feature.