From low-budget Blaxploitation flick Blacula to the animated vegetarian Count Duckula, Bram Stoker’s seminal blood sucker has found himself morphed into innumerable different guises throughout the years, so much so that it’s hard to imagine anyone coming up with a new take on this familiar fabled character…or so you’d think. DN would like to offer up Fatcula, Martinus Klemet’s delightfully kitsch reimagining of the vampire as the proprietor of a mystical beauty surgery clinic offering an instant weight loss programme which leaves customers utterly transformed. In our interview, Martinus lifts the lid on the creation of his award-winning animated comedy.

As far as reimaginings of the Dracula mythos go, Fatcula is pretty out there. What on earth led you to this new take on the classic story?

I got the idea for Fatcula from the observation that our lives are becoming more and more digital but we still have our physical bodies at the same time. We need to do something with our bodies if we don’t want to get serious health issues so we invent different kinds of strange artificial activities or even use surgery. I wanted to reflect the strange subculture/lifestyle of fitness in my film.

Obviously Fatcula is an adaptation of the Dracula story. I got inspired to use a stereotypical genre film structure after visiting Sitges International Fantastic Film Festival of Catalonia. There I saw many films where genre film tropes were used in a clever and creative way. 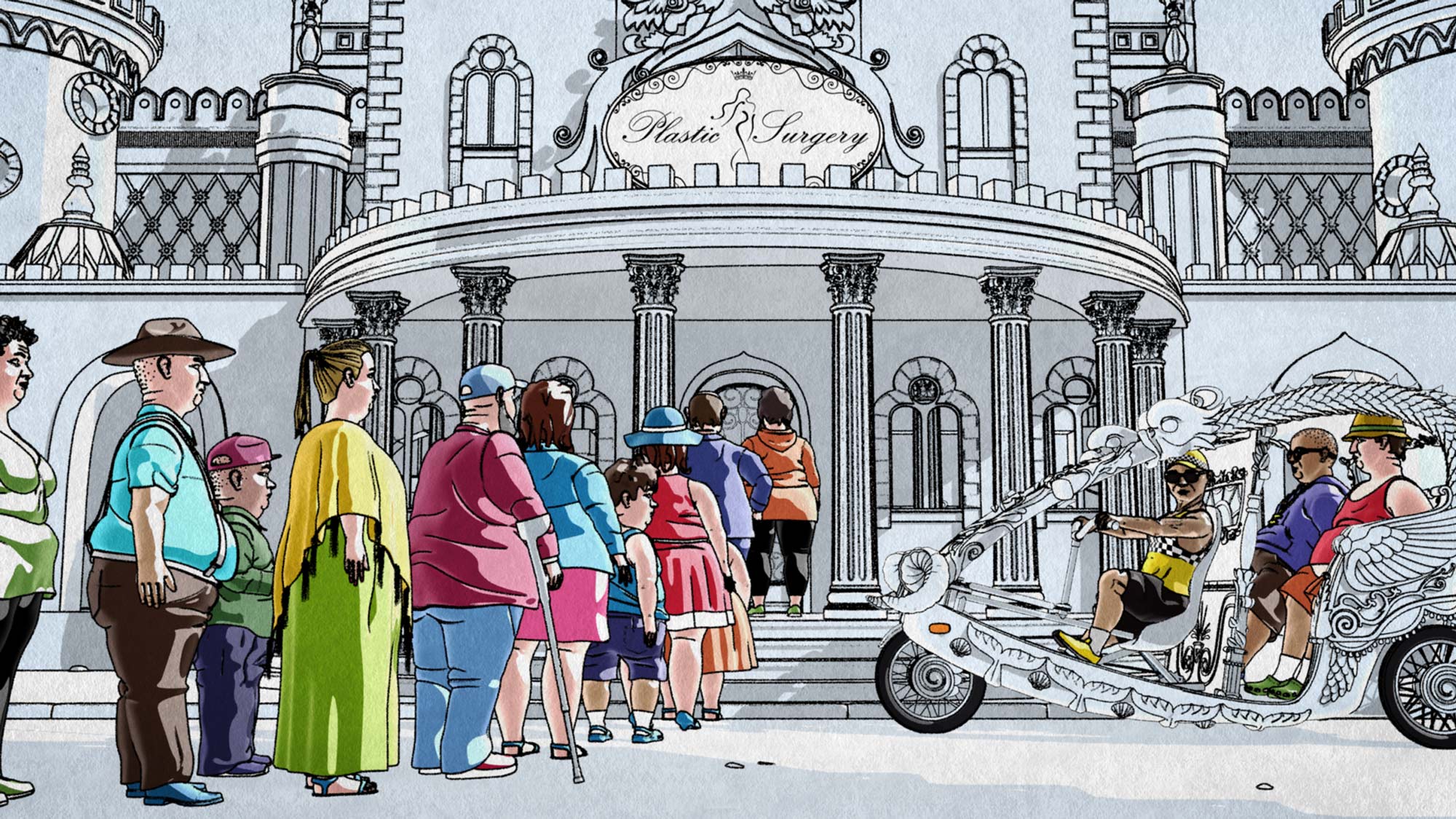 The film has a fairly singular look, how did that develop?

I realized that the best visual approach to such a story would be kitsch aesthetics. Kitsch and fitness are somehow similar. If you work out at the gym your goal often is to become beautiful and attractive. But if you lift too many weights and drink a lot of protein drinks you might eventually find yourself looking ridiculous. The kitsch tries desperately to be beautiful in the same way and often becomes something quite ugly. Interestingly, I find that ugliness can sometimes be much more interesting than something truly tasteful!

I find that ugliness can sometimes be much more interesting than something truly tasteful!

We used various references of kitsch interiors and architecture for Fatcula. For example pictures taken by journalists of the house of a former Ukraine politician who fled the country during Ukraine revolution and a Japanese postmodern funeral home which we based the gym on. We believed that truly kitsch characters should have quite realistic proportions and needed to be shiny and plastic, a bit like from the world of Barbie and Ken. Also, I was influenced by the work of American artist Jeff Koons.

The biggest fun while creating Fatcula was to invent kitsch objects which don’t exist (yet). For example, we designed a kitsch rickshaw and kitsch gym equipment. 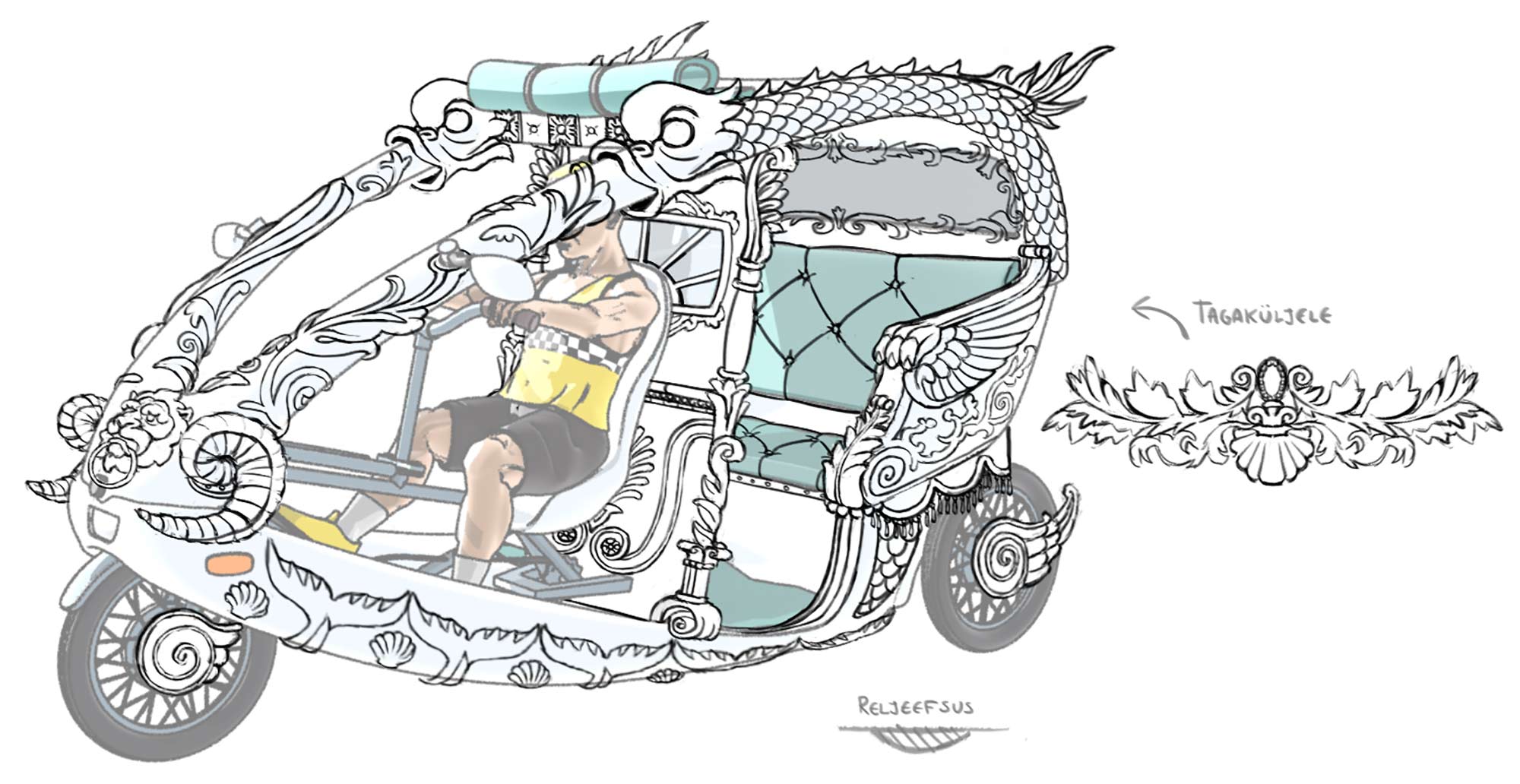 The character design feels more rounded and smooth than some of your earlier films such as Slow Dance or Crackhouse. How much of that design was a conscious decision to move away from an angular aesthetic vs being dictated by the subject matter?

Yes, Fatcula’s characters are indeed more smooth and detailed than those of Slow Dance and Crackhouse. It was solely dictated by the overall kitsch design approach we wanted to employ in Fatcula. I don’t think more detailed and complex visual makes for better design. I am still fond of the minimal angular design of Crackhouse. I believe every story just needs different treatment. 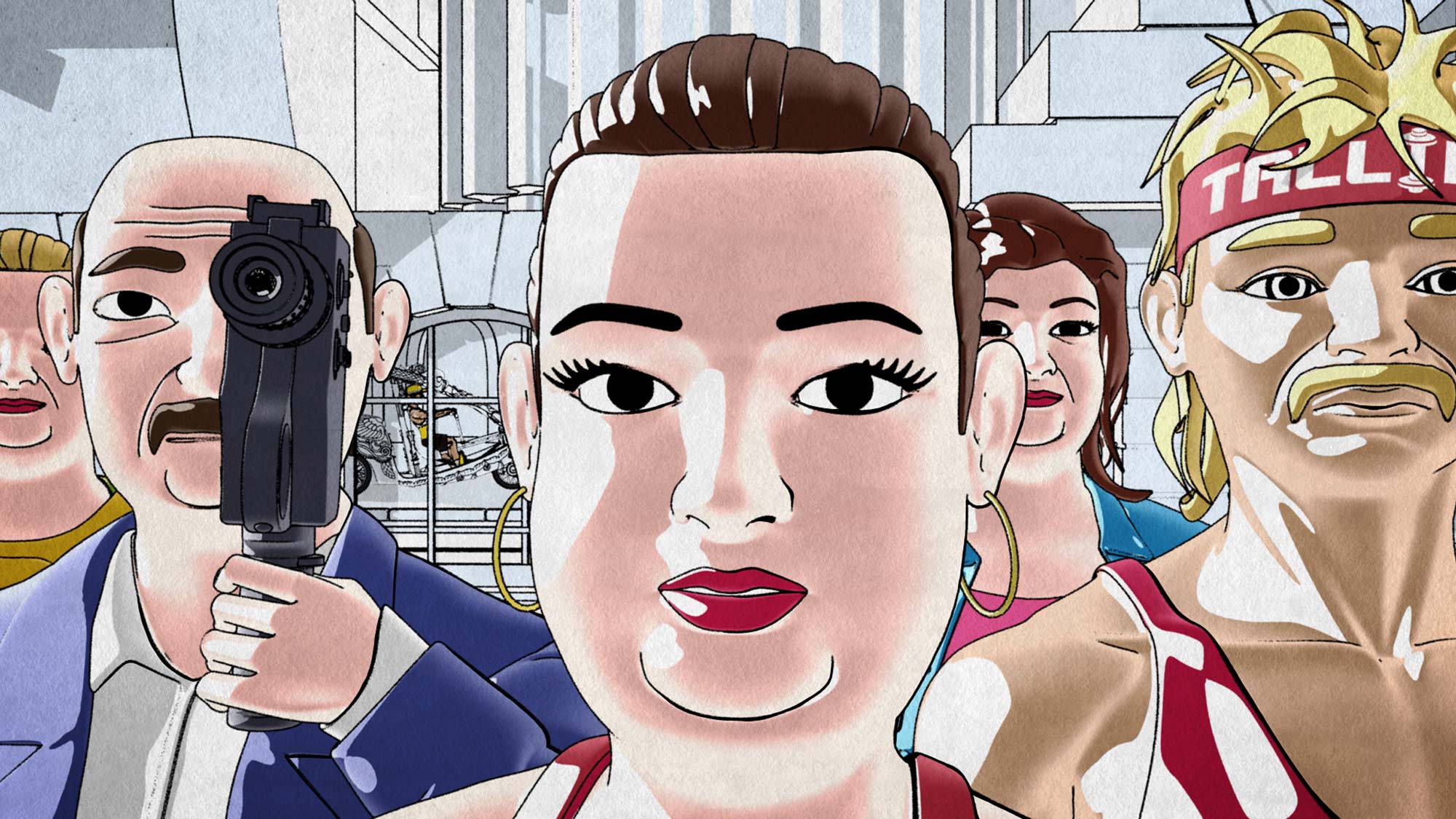 Could you explain what your working processes were to create the film? How did you maximise your productivity during production?

In the beginning I always draw storyboard sketches and then put them all on a timeline as an animatic. I don’t pay attention to visual appeal while drawing storyboards, it’s more about the structure of the story and staging. Based on the animatic we start setting up 3D scenes – environment, characters, light sources, etc. After 3D animation is done, material will go to the compositing software (After Effects).

We used XSI for 3D animation. This software is not supported by the manufacturer any more so for my next 3D projects I went back to using Maya (Maya was the first 3D software I learned to use). Our 3D software (XSI) wasn’t able to render calligraphic lines well enough so we decided to use hand-drawn rotoscoping on top of the most scenes to add a bit of richness to the dry and wiry 3D line. 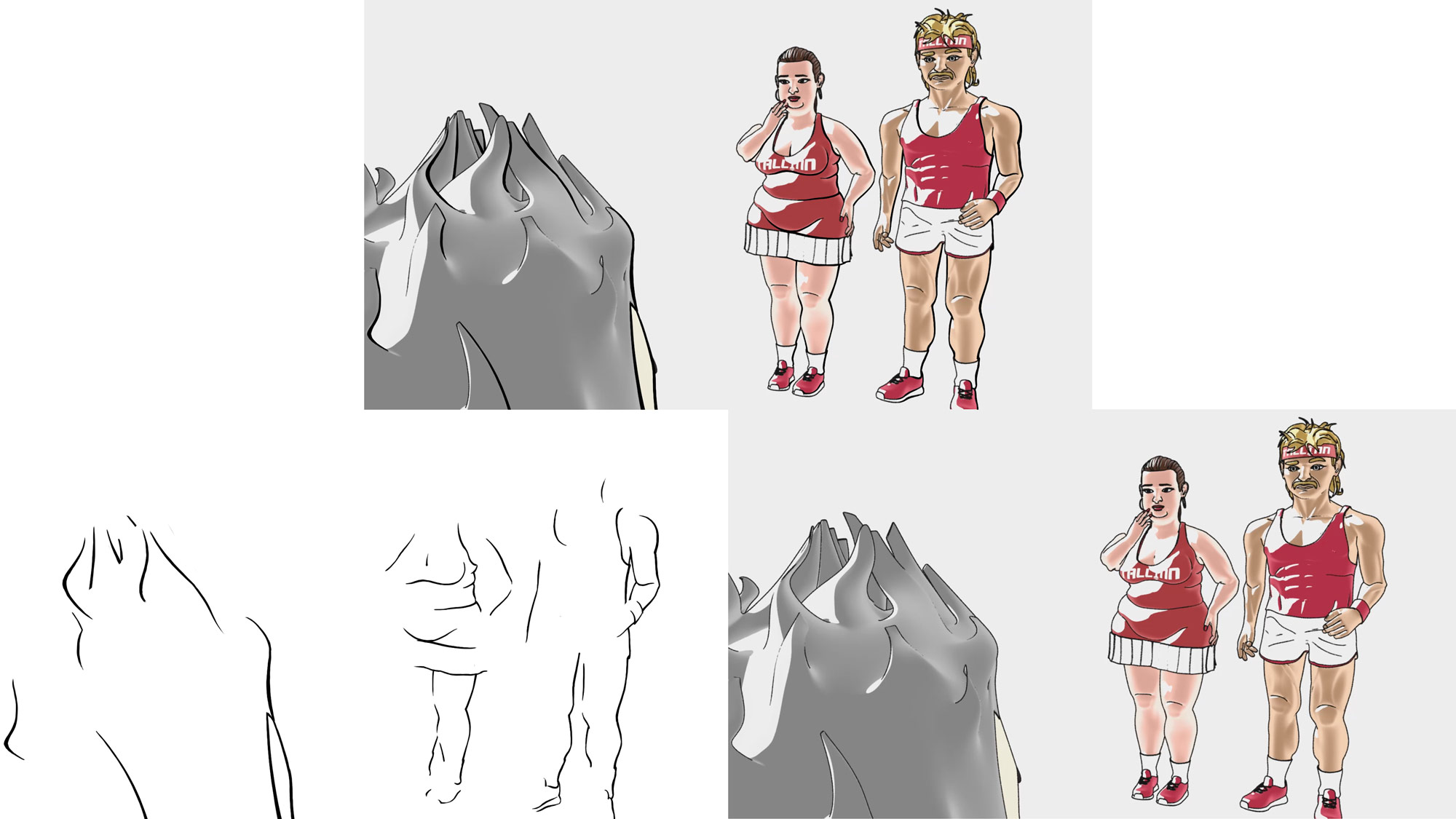 To maximise productivity I draw storyboards digitally using a Cintiq – it tremendously speeds up drawing storyboards. Also, if there are a good bunch of people who like working together you can do great things which you are not able to do alone. In other words – team spirit counts!

How long did it all take to complete?

Production of Fatcula took about 1.5 years in Eesti Joonisfilm Studio in Estonia. While the film has a quite fast editing and many different locations it needed a careful sound design to tell the story well. It’s a blend of sync sounds, sound effects and glimpses of music. All this was done by Estonian Sound Designer Horret Kuus. It took about 4 months to produce the sound design for Fatcula.

Is there anything new in the pipeline?

At the moment I’m developing a short hand-drawn film called Pensionator. It’s a story about an old penniless retired man who travels back to the past to give investment advice to his younger self. Here’s a visual style example for the film: