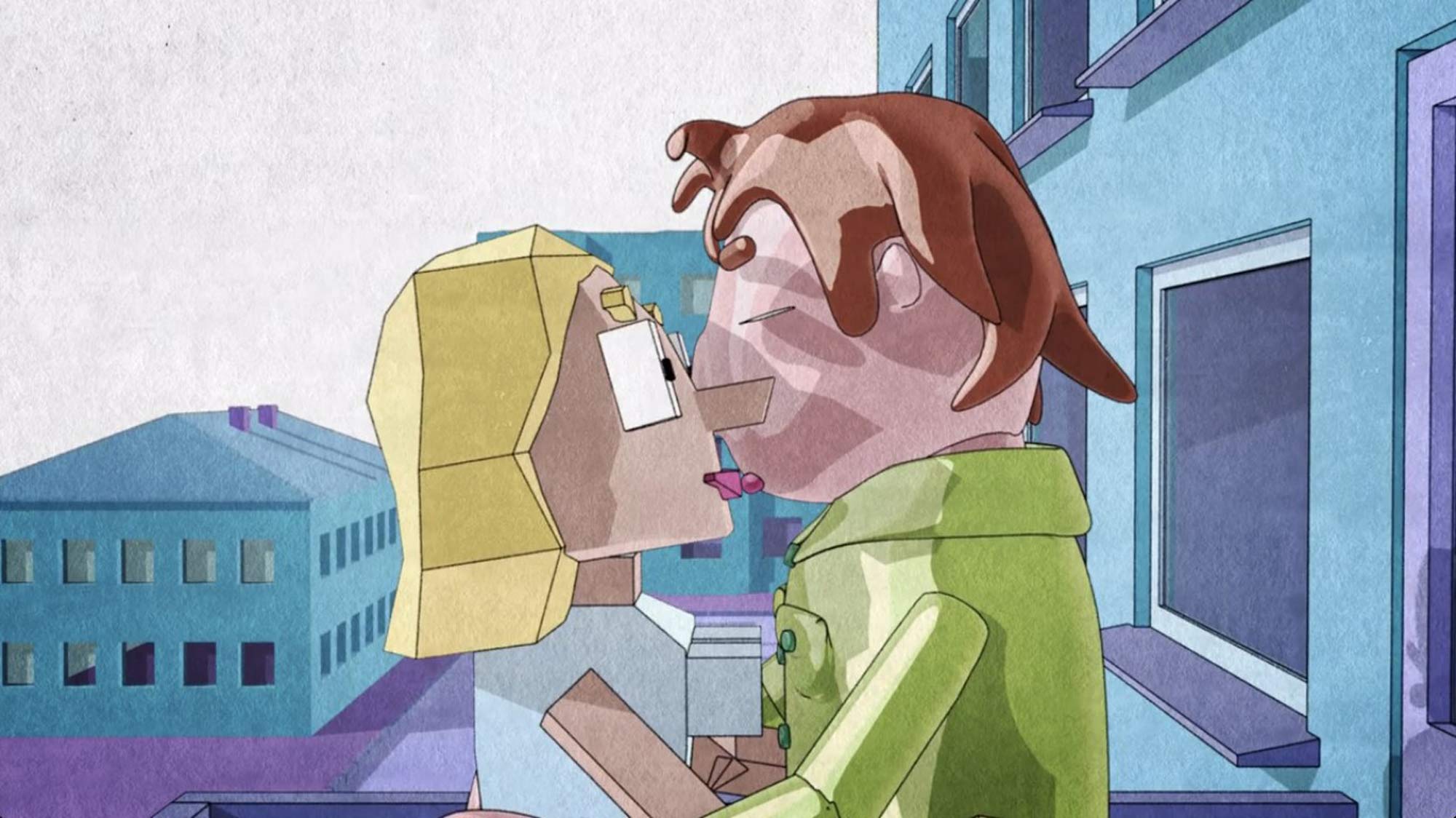 It was back in 2011 that El Vez found himself very much under the influence of Estonian animator Martinus Klemet’s series of surreal vignettes In the Air, and although we’ve been more than a little remiss in featuring his work on the pages of DN, it nonetheless feels like a welcome return to look in on him for his rival gangs romance collaboration with Calvin Cardioid of Canadian collective King Deluxe on Slow Dance. Let’s get ready to rumble!

We asked Martinus to tell us a bit more about his angular forlorn lovers:

It all started in Summer 2013 when I stumbled on Slow Dance by Calvin Cardioid. We already had planned a collaboration with King Deluxe earlier that year. Slow Dance really inspired me and I had a vision that it could be good music for a short film/promo.

As it’s a love song, I took the classical story of Romeo and Juliet and made my own interpretation of it. I already had a plan to make something in the style of experimental/non-photo real 3D animation. In my mind it’s like a fun clash between classical ‘high art’ text and cartoony, lego like ‘low art’ animation. The strategy typical to pop art.

It took me 6 months to produce the video beside other animation work. It is my first music video. I have made different kinds of animated content – short films, commercials, TV openings, work for TV series and feature length animated film. I always wanted to make a music video but for various reasons now was the first time I could make it happen.