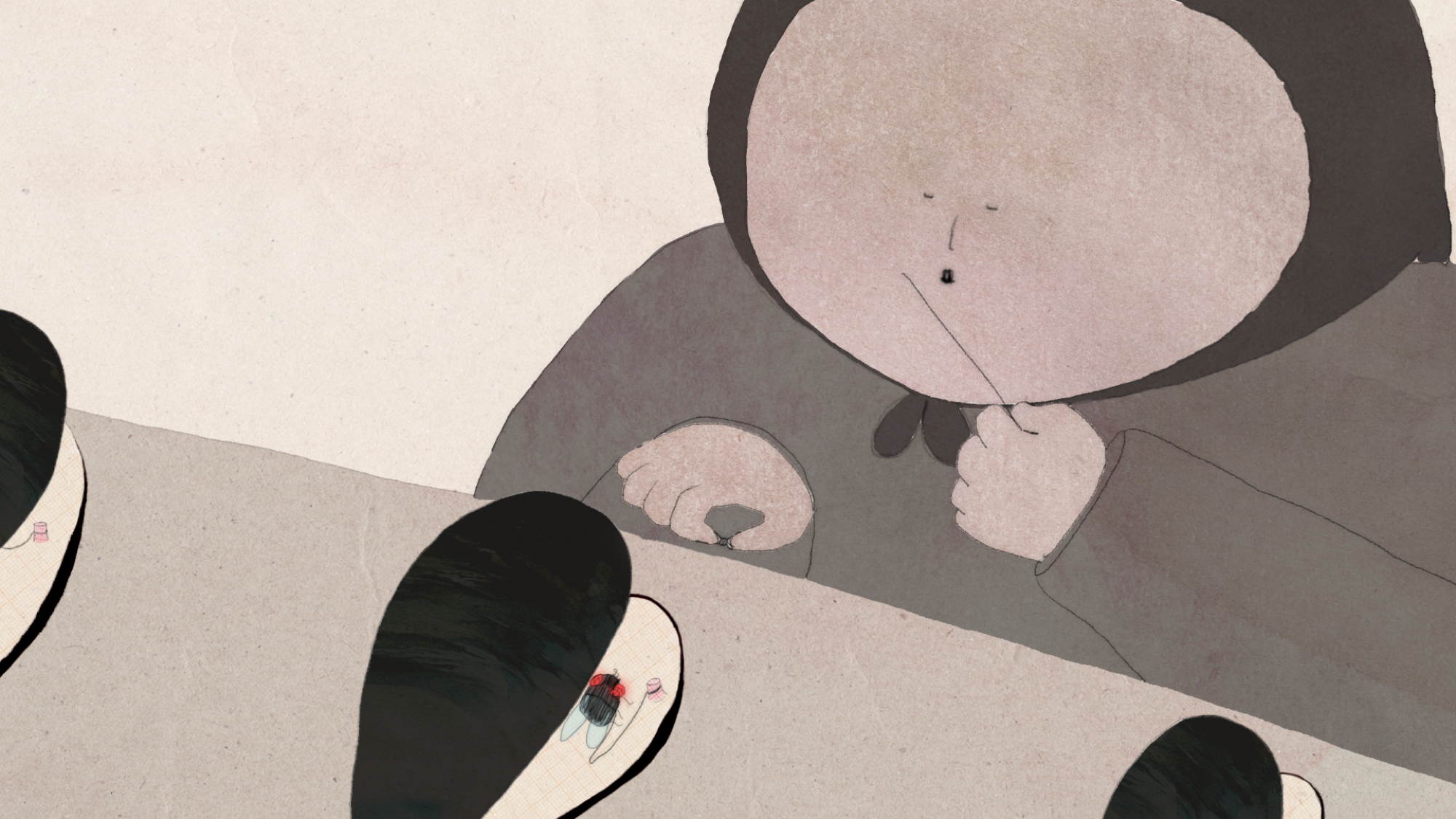 Tackling their most ambitious project to date, Sois de Traca’s (animation partners Elisa Morais and María Álvarez) Three Fitted Flies (Tres Moscas a Medida), recreates the atmosphere of a small Castilian village in which nosey neighbours, mourning rituals and a large dose of Catholic guilt pervade the life of an old woman attempting to bring her husband back from the dead. DN asked Elisa and María to tell us more about this entrancingly surreal tale of twisted rituals.

The story started from a silly idea: growing flies to different sizes so each will buzz a different note … and from that we just kept on building with details, clues, recurrent themes (like food) and some Catholic guilt until the story made sense, to us at least.

Rhythm and sound were key for the film.

We did the film during a two month artist in residence program in Kaunas, Lithuania. We had a vague idea for a short film. It was by far our most ambitious project to date and we were looking everywhere for options that would allow us to put enough time aside to make it. We found an art residency, part of Creart (a network of European cities for visual art creation) and although based in the UK, both of us are originally from one of those cities (Valladolid, Spain) and so we qualified to apply. 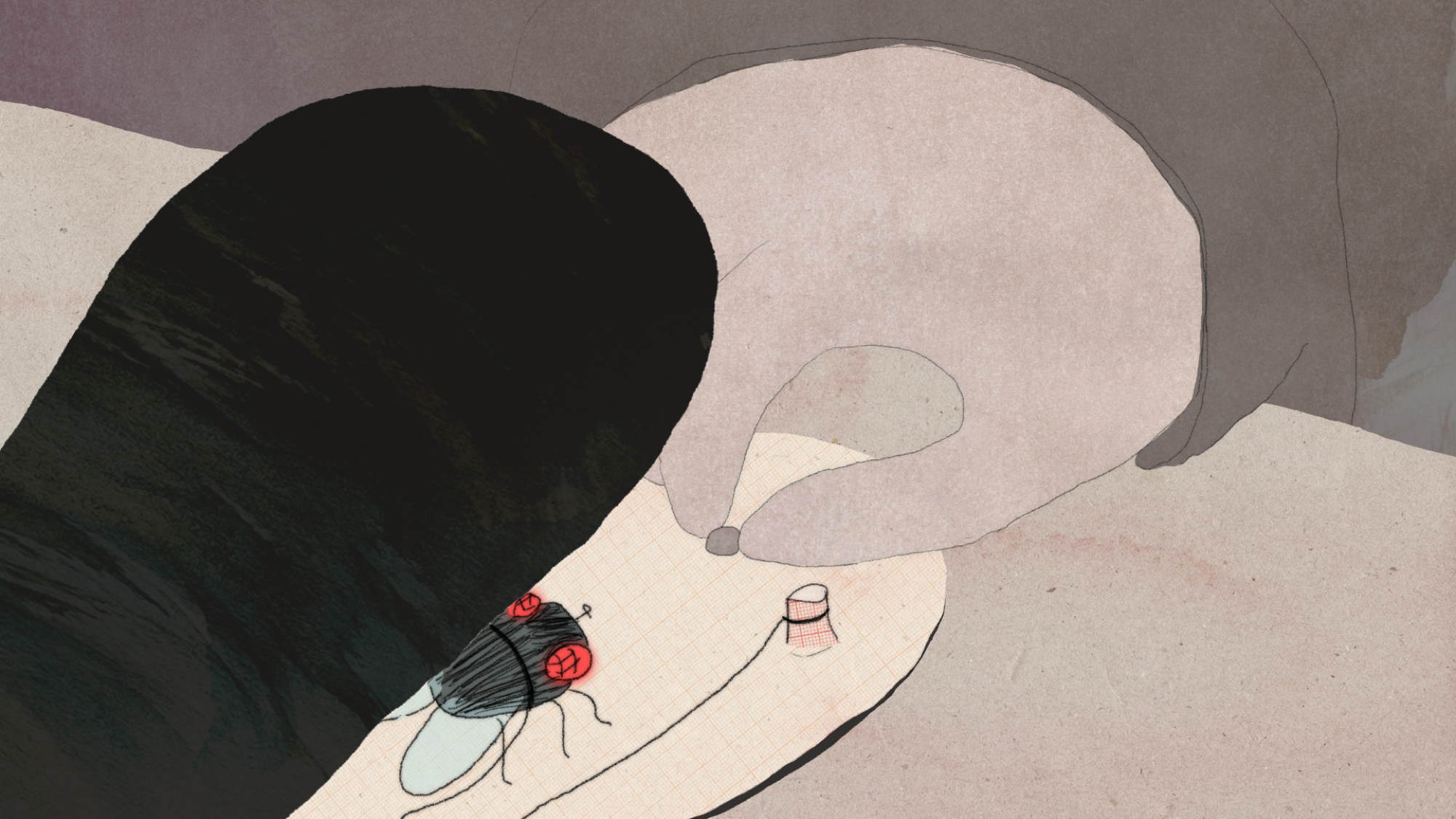 We wanted to capture a bit of a particular mood grounded on the small Castilian villages we knew from our childhood and couldn’t put into words. María grew up in a village (some real streets are in the film) and always tells fascinating stories about life there and old traditions that are long gone in the city but have stood there. We were particularly interested in mourning rituals and traditions that seem to turn death into an omnipresent daily companion.

At the beginning of the residency we made a storyboard and then we were deciding as we went along, trying not to deviate too much from the original plan and to build towards the ritual. All of the film is a mix of scanned drawings and textures (pencil, ink, watercolours..) with digital drawings. 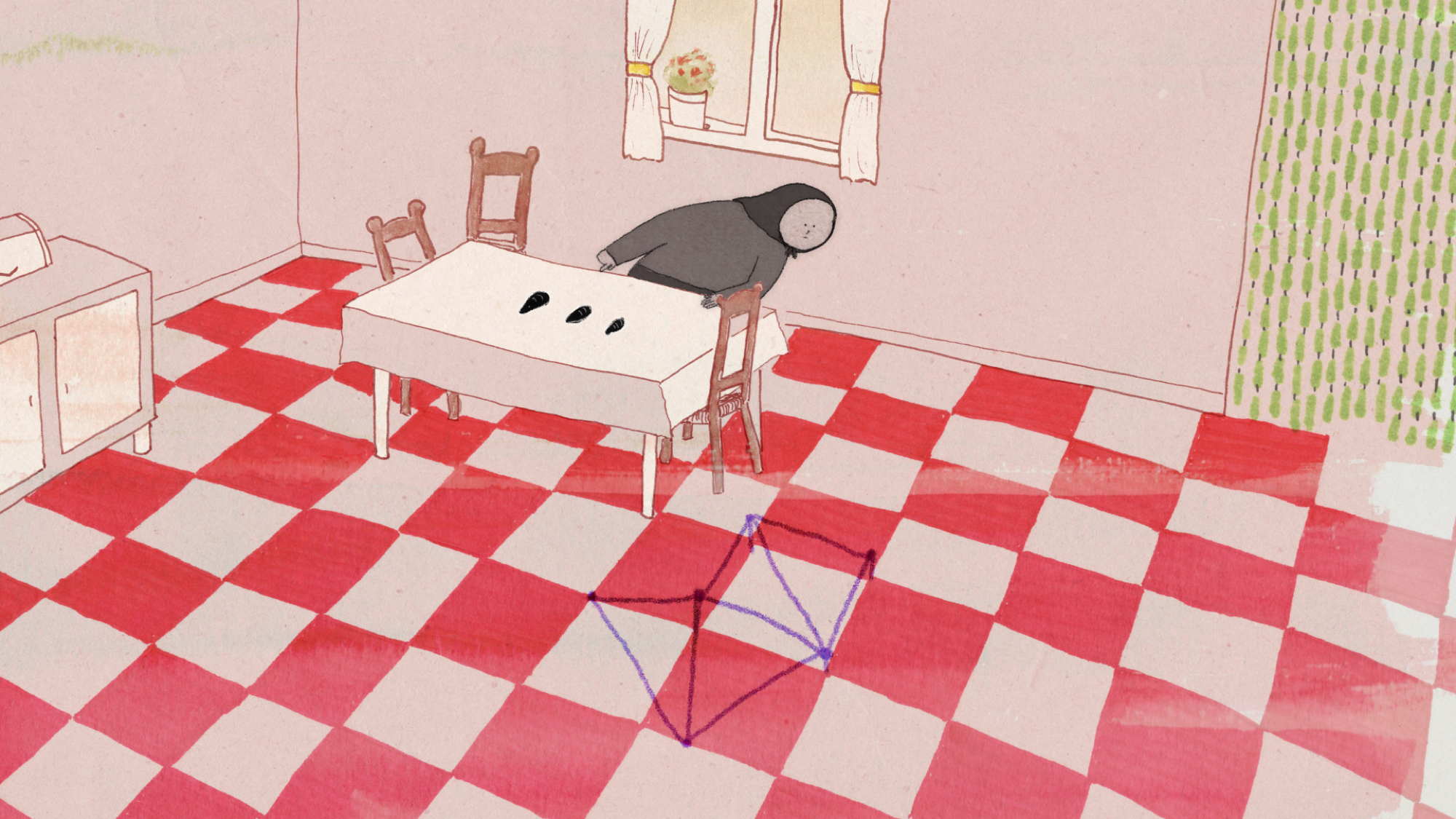 Rhythm and sound were key for the film and with three days of residency left the film was still mute. Where we were working was a room within an old monastery and it was July, so every day there were several wedding ceremonies on the patio, music and grateful guests and also medieval festivals by the castle…It was quite a challenge. Luckily at dawn the old town was quiet enough to mimic a little village, and the reverb of birds on the patio was amazing.