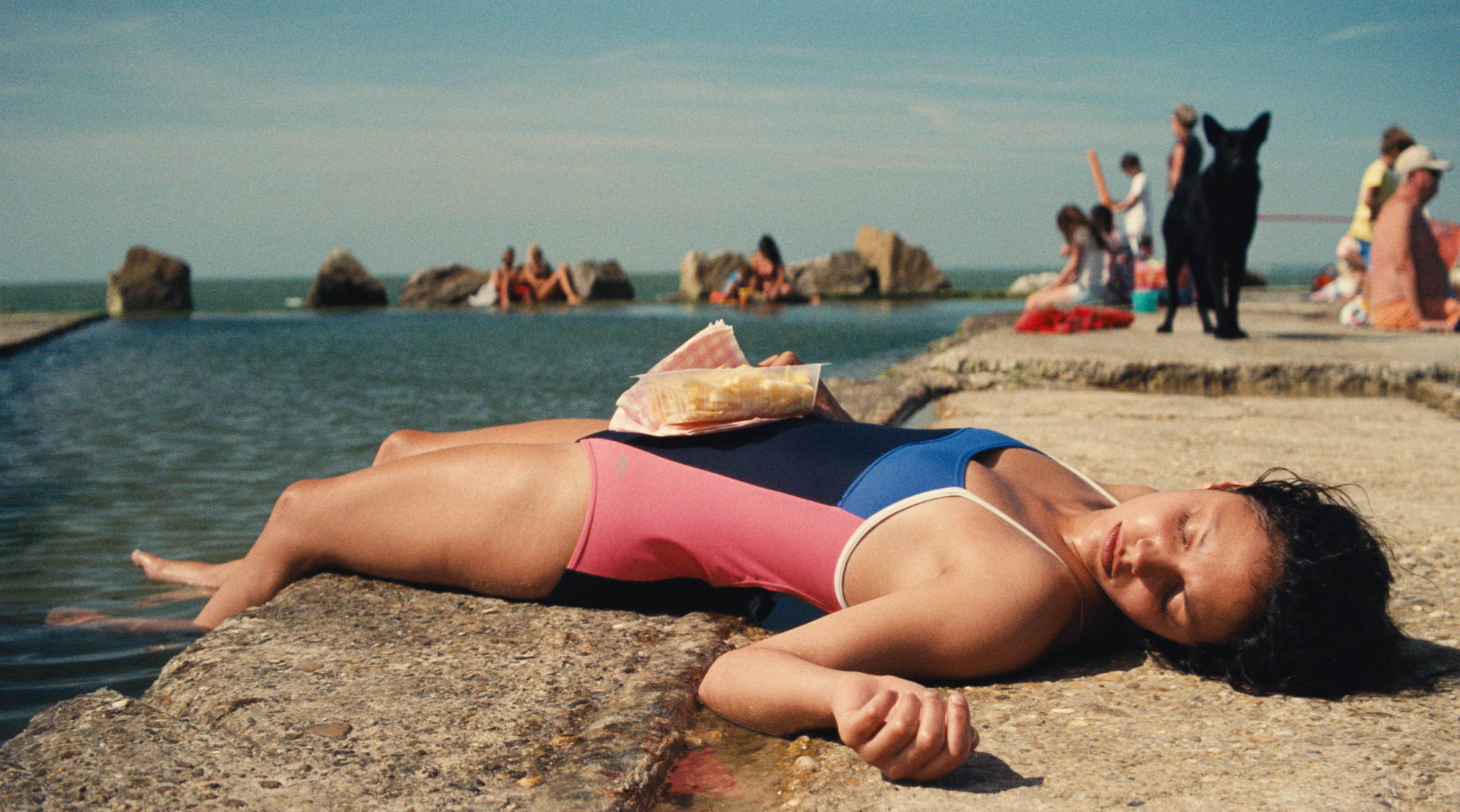 When the 13 year old titular character of Léa Mysius’ Ava discovers that a degenerative condition will steal her sight at an faster pace than previously expected, she embarks on a summer of discovery and rebellion marking her transition into womanhood and causing a fair amount of collateral damage along the way. With this adventurous coming of age tale hitting curated streaming service MUBI, I caught up with Léa to discuss the origins of Ava’s journey into sensuality and sexuality and how her Clermont-Ferrand winning 16mm short gave producers and financiers the confidence to back this audacious 35mm feature debut.

How did the image of a scrawny black dog come to open this story of a wilful girl’s summer rebellion as she loses her eyesight?

It’s actually the idea of the dog that set the film in motion, the loss of sight came later. I imagined a strange, famished black dog, crossing a crowded beach full of color, sweat and sunscreen. This dog took us to a girl lying on the sand, waking her and for some mysterious reason this girl began to follow him. That’s the story. When I started writing the script, which was for my end of year diploma at La Femis, I was very late and had only 15 days left. It’s around that time that I had violent ophtalmic migraines that forced me to write in the dark. That’s how the idea of blindness came about, I then got interested in this terrible genetic disease, retinitis pigmentosa.

Ava’s actions don’t make her the most likeable of protagonists, was there a concern over how far you could push her cruelty, especially towards her mother?

At the beginning of the film, Ava is stubborn, lonely and unhappy. She is ‘mean’ in the same way as a lot of other sick children. Her relationship with her mother is complex and intense. Ava grows up and becomes a woman. So, yes it’s true she doesn’t act well with her mom and tells her awful things. But the mother is not exemplary either. In the end, there’s a lot of love between them.

What’s funny with this mother-daughter relationship is that viewers have very different opinions on them depending on their own familial relationships. 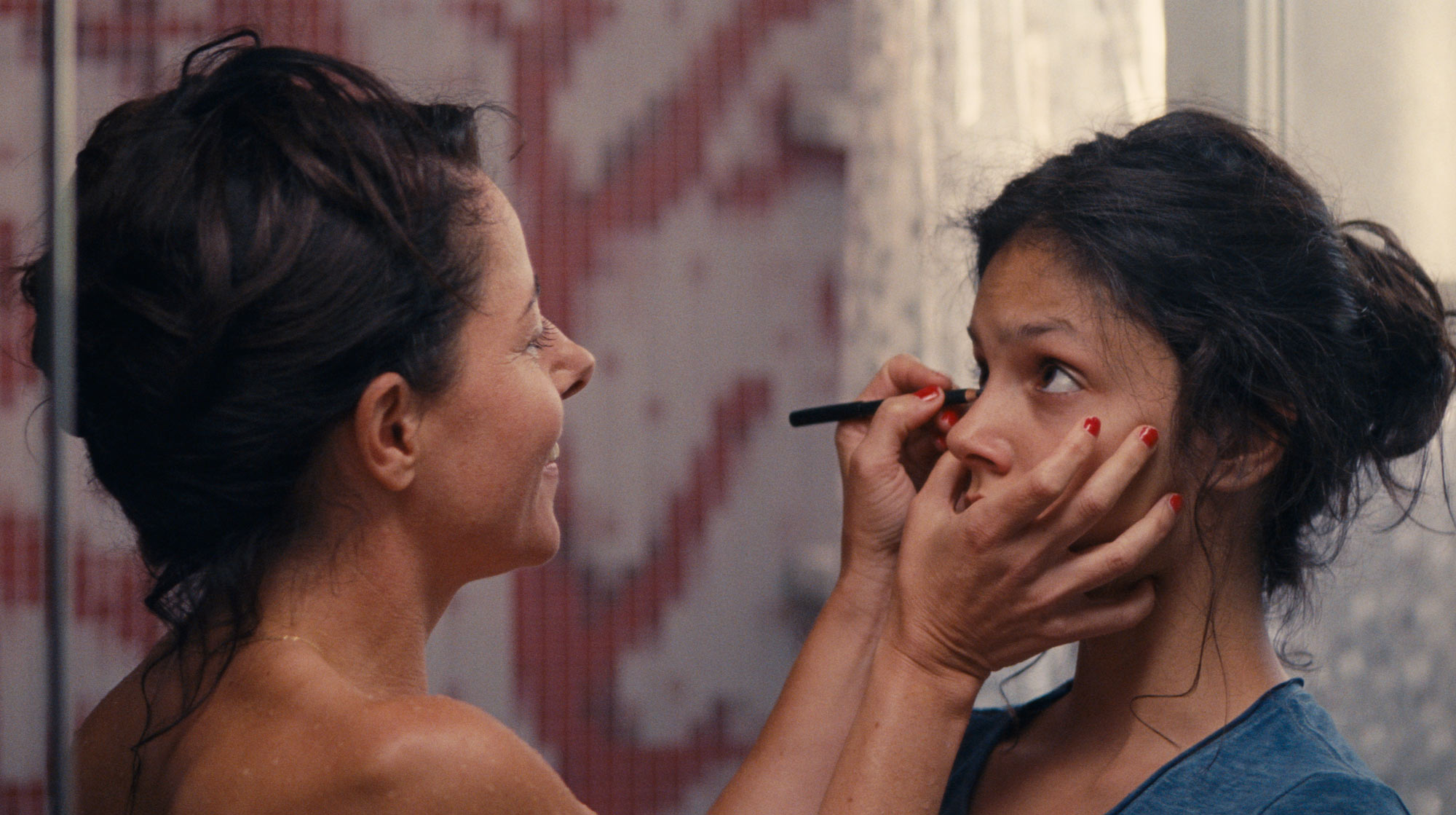 What’s funny with this mother-daughter relationship is that viewers have very different opinions on them depending on their own familial relationships. Many found the way the mother acts towards her daughter is quite cruel and Ava is right to be cruel to her. What interested me was to push this boundary without precise limits, while keeping the love between them.

That fractious relationship is interestingly counterbalanced by her growing infatuation with Juan – both relationships beautifully realised by your actors. What methods did you use to prepare them for their respective roles, especially as this was Noée Abita’s debut performance?

We worked with Noee a lot to help her build up her character. It was the first time she was going to play a role, she had to get under the skin of a young 13 year old that had trouble seeing. We worked a lot on her body, her gait, the way she spoke and looked, to find what was most natural. With Juan it was very different. He’s such a natural that it didn’t need work in the same way. It was more thinking about the sensual side of his role. Juan is quite a shy boy and he had to feel comfortable playing Ava’s lover.

You shot Ava on 35mm which is often an unachievable dream from many a first feature director, how were you able to achieve that? Did that commitment to shoot on film require sacrifices from another part of the production and in what ways did the 16mm shoot of L’Ile Jaune prepare you and Cinematographer Paul Guilhaume for production on Ava?

I was very lucky to have incredible Producers, Fanny Yvonnet and Jean-Louis Livi who immediately felt our desire to work with Paul. Since this choice was made very early on, we were able to anticipate the cost of the budget from the outset and align all of it accordingly. So, yes it necessarily required compromises for other aspects of production, in particular on the sets, that team suffered from a lack of budget but in the end each of the members of the team were talented and gifted so we made it!

The constraint I had was to shoot 90 minutes of rushes per day maximum and in the end, we shot less than 1 hour! Shooting L’Ile Jaune in 16mm did really help and Paul and I were really able to explore filming on celluloid. We realized that I didn’t shoot much and that this medium suited me. For the producers and financiers the short film was proof that we could do it and they trusted us. The prize for photography at Clermont-Ferrand for L’Ile Jaune also helped a lot.

Could you explain how you used music to reflect and reference Ava’s maturing sense of self internally and in relation to the world around her?

I wanted a very organic music, with strings and concrete sounds, rubbing, scratching, very close sounds to feel the material. The original music had to have something primitive. Like the black dog that crosses the crowded beach at the beginning of the film, I wanted the music to live as a counterpoint to the additional music. For it to be subterranean, physical, destabilizing and jostling the unconscious to bring out the emotion. With Florencia di Concilio, the composer, we approached the film in a very artisanal and empirical way. So we decided to record the music with microphones that were placed very close to the instruments and the musicians to find a raw, rather dirty sound. Our idea was to bring out a tonal harmony of the initially chaotic and aggressive music.

As Ava becomes blind her senses develop, she opens up, trusts others, falls in love. The same theme unfolds slowly until it resolves itself. The harmony is found. As a counterpoint, the additional music is more artificial, pleasurable and an immediate joy, often very connected to what Ava feels in the present. 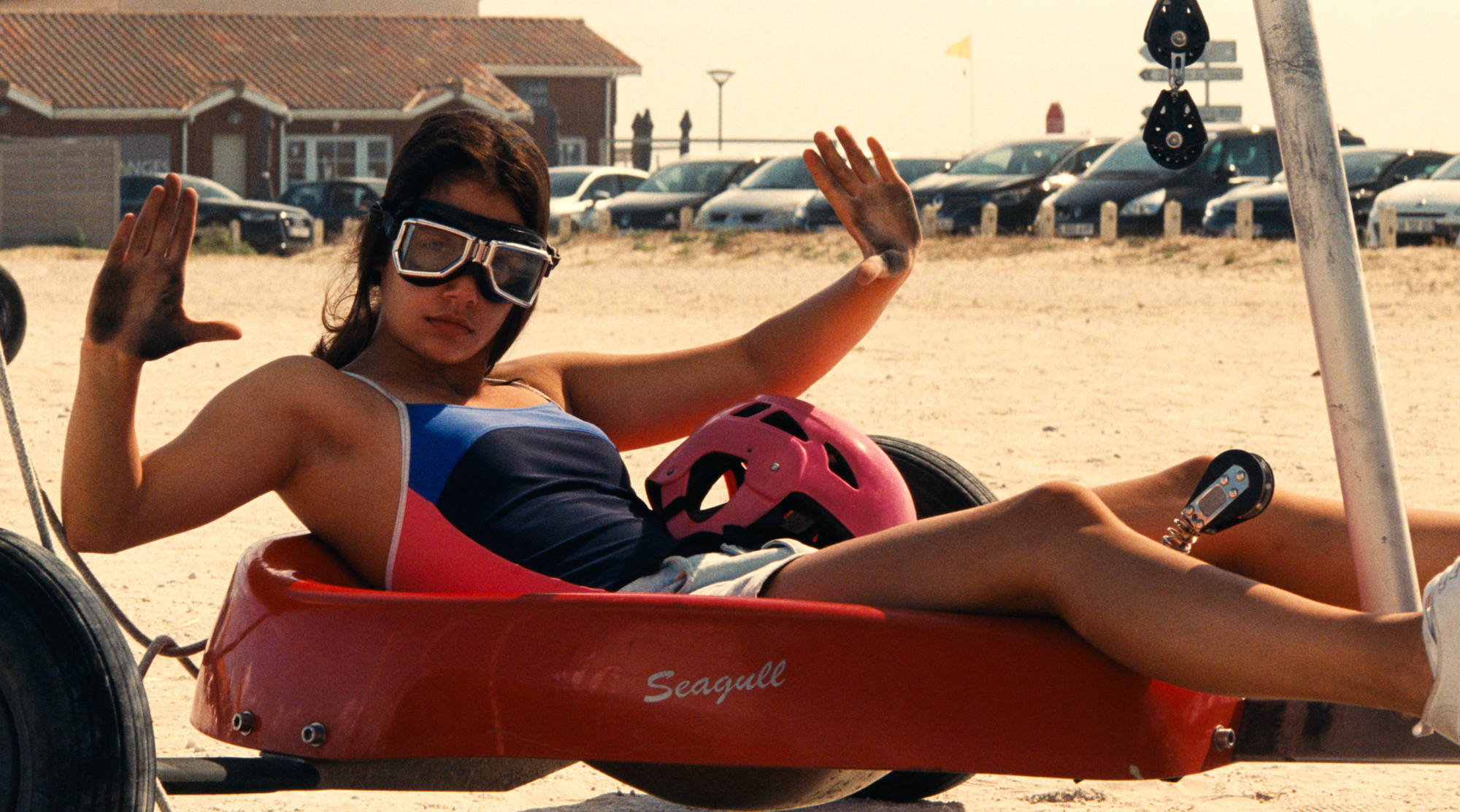 You’ve spoken before of your desire to work in a hybridisation of genres. To what extent was the progression from naturalistic to a more fantastical narrative an editing exercise? The nightmare is particularly arresting, how did you approach the construction such a visceral, surreal sequence?

The hybridization of genres was there from the beginning of writing. I really wanted that at the same time that Ava is released, the film to be released from a type of classic narration and take off towards a tale, an adventure, a dreamlike film. To achieve this, while editing, what really helped us was the composed music which immediately created a strangeness and warns the viewer that this will not be naturalistic film.

For the nightmare, I really wanted the audience to fall in without noticing as sometimes when we dream and we do not know if it’s reality or not. I would like the viewer to get caught without really consenting. The nightmare in the film is pornographic in the sense that it shows everything. The images are raw and aggressive. I really wanted to feel the fear and violence one feels in a real nightmare.

When I write for others, I really put myself at the service of their ideas, their imagination, their film.

It is obviously a very sexual dream – about the sexuality of Ava and her mother but also about her relationship with her little sister whom she is jealous of and the outside world that terrifies her. I wanted to go as far into the transgression of taboos as we can in our dreams: the clitoris of the mother, the execution of the baby… All this in a gradual darkening to the surreal plane where she swallows her eye.

Showing that nightmare was very important for me. First, because we totally embrace Ava’s point of view and that it is essential to live with her. And then for this desire to hybridize genres. Ava who is afraid of “seeing only ugliness” prefers romance to naturalism, surrealism to realism. She wants to re-enchant the world.

As well as writing your own films you write projects with and for other directors, has seeing your writing realised by others affected how you approach directing?

Not at all because they’re not my scripts, even though I wrote them. In France, very often, the director also writes his screenplay. When I write for others, I really put myself at the service of their ideas, their imagination, their film. It’s another job. So in no way does it affect me as a director.