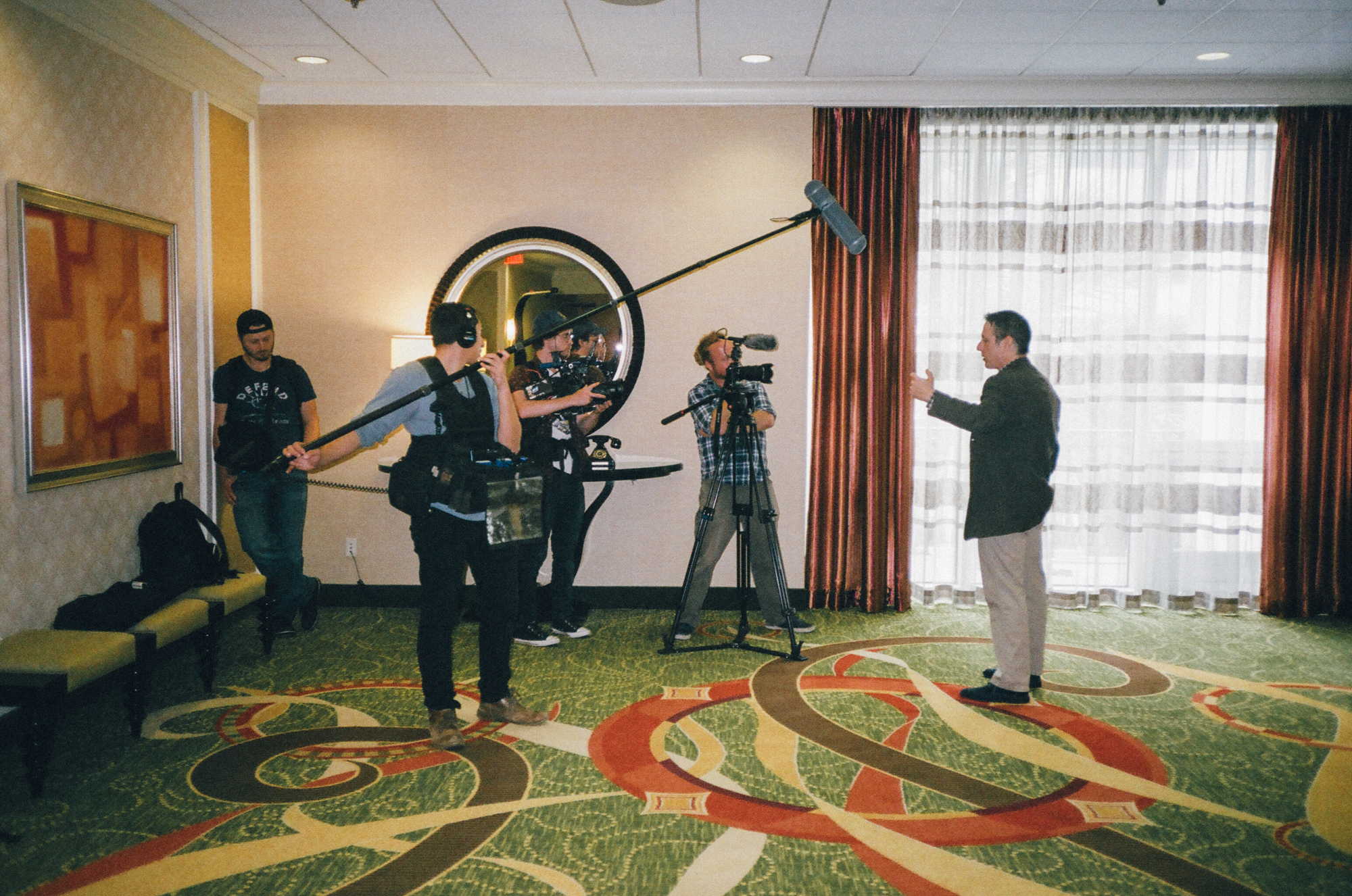 A truly eye opening and unexpected example of the emotional and opinion forming power of filmmaking, Lance Oppenheim’s New York Times Op-Doc No Jail Time: The Movie reveals how US defence attorneys are utilising custom-made documentaries for the purpose of reducing client sentences. In our interview, Lance discusses the nature of truth in documentary filmmaking and shares how he embedded himself with the practitioners of these sympathetic sentencing videos, crafted to tap into the empathy of their audience of one: the judge.

What drew you to make No Jail Time: The Movie, did you have an interest in law proceedings beforehand?

When my parents went to law school in the 1980s, they took courses on contracts, torts, criminal law, constitutional law — the list goes on. While there were lessons on persuasion, to be sure, they never took a class on how to tell a story. And they certainly never learned how to make a film. Today, however, a growing number of lawyers are creating empathetic biographical mini-documentaries, or “sentencing videos,” to reduce their clients’ prison sentences. Inspired by the storytelling techniques of traditional documentary film, some lawyers team up with independent filmmakers while others become filmmakers themselves. These films are made for an audience of one: the presiding judge.

Defense attorneys and sentencing video makers are bending the rules of reality in the courtroom with cinematic tools.

My interest in making No Jail Time: The Movie stemmed from the idea that defense attorneys and sentencing video makers are bending the rules of reality in the courtroom with cinematic tools. Though I’ve always been intrigued by show-trials and viewing the American courtroom as some kind of theatrical stage, I was immediately grabbed by the idea that lawyers were drawing from fiction films and true-crime documentaries to make their videos. Being a documentary filmmaker with similar deep-rooted interests in narrative film, I oddly identified with this sense of approach to documentary filmmaking. In an era guided by post-truth, I have very closely felt the hypocrisy that non-fiction filmmaking allows for an unvarnished look at others’ lives. Though it is no secret that some documentaries are partly staged, the fact that truth can be ‘essentially’ true is fascinating to me. Documentaries, often times, contain less truth than narrative movies because there are a number of heavily gray layers that exist between fact and fiction.

How did the film’s content develop during production? Where there any specific references you drew inspiration from?

Drawing from films like Abbas Kiarostami’s courtroom procedural/fiction-documentary hybrid Close-Up and Vitaly Mansky’s Under the Sun, I initially immersed myself in this phenomenon by following a private investigator who moonlights in creating sentencing videos. After joining this PI on two shoots over the course of several weeks, my cinematographer and I were considered part of her crew. We soon found ourselves immersed in the art of sentencing video making, creating victims out of perpetrators.

Through this process, I also became acutely aware of an in-between space where legal conceptions of fact and fiction, right and wrong, become amorphous. Even though the videos are grounded in truth, their ability to play with judges’ emotions challenge the courtroom’s conception of “truth, the whole truth, and nothing but the truth.” What I discovered from looking at the growing practice of sentencing videos was far more complicated than I ever imagined.

A giant blow was dealt to our production when we learned we were unable to use the nearly 46 hours-worth of footage with the PI due to legal complications. Without the PI’s contribution to our story, we found ourselves subject-less and largely footage-less. Yet, by embedding myself deeper within the world of sentencing videos, I soon learned of the Sentencing and Post-Conviction Film Festival, held in New Orleans this past June at an annual training conference for federal public defenders. 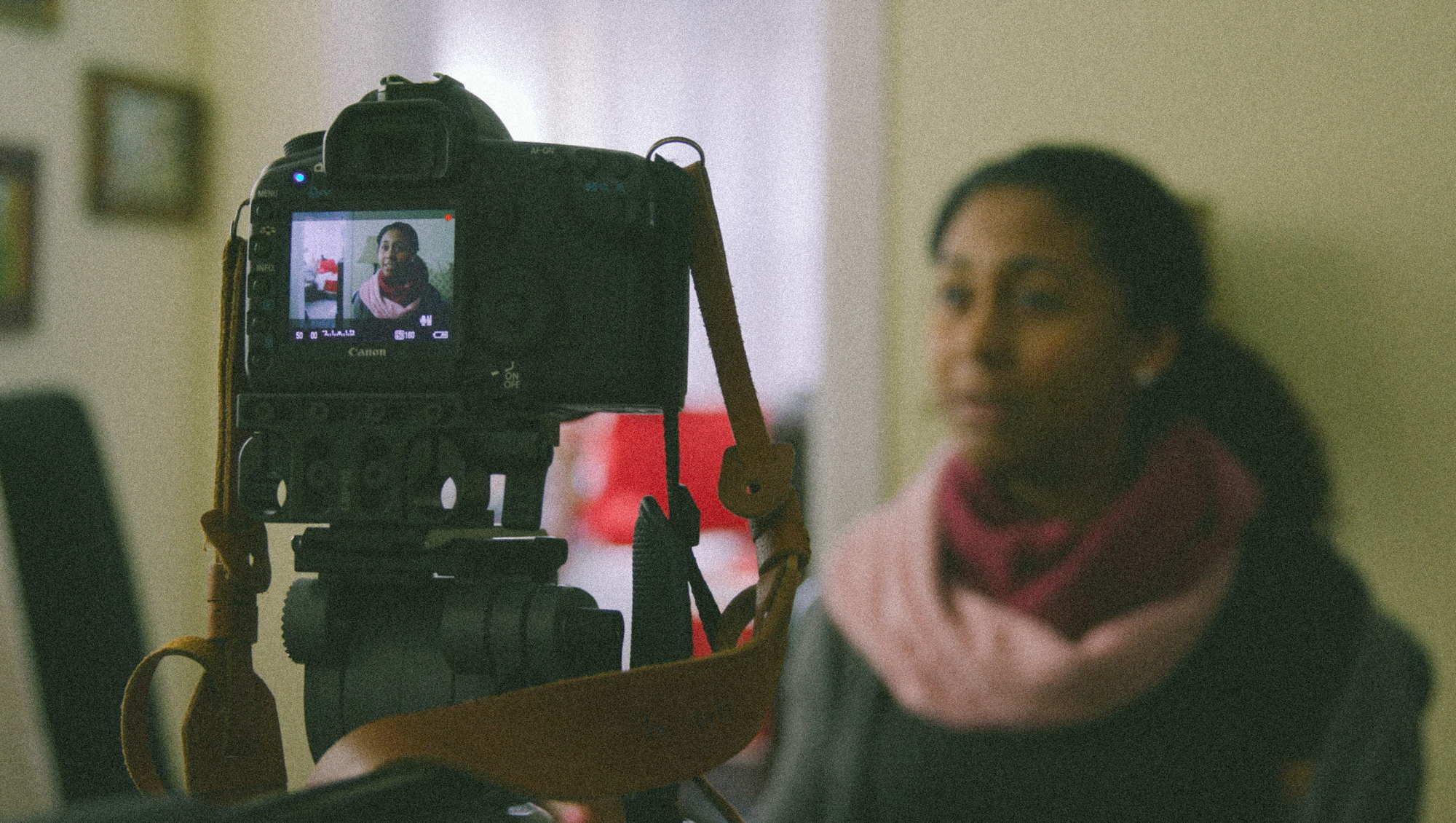 The event was organized by Doug Passon, an attorney, filmmaker, attorney-filmmaker, and sentencing video expert. Mr. Passon, who took film classes after law school and now runs a joint law firm and video production company in Scottsdale, Ariz., treated sentencing videos in an artful manner nearly indistinguishable from narrative-driven, fictional films. He narrowed his focus to how sentencing videos can sway a judge’s decision. Having seen results from his own clients’ films, he was determined to teach other lawyers how to create powerful stories. Opting for a Christopher Guest-like visual approach, we opted to shoot the festival hand-held on a Canon C300 with a Fujinon 19-90mm zoom lens.

When cutting together No Jail Time, Co-editor Ien Chi and I made it a point to not settle in creating a short that would merely document the subject at hand. Instead, we intended to treat No Jail Time’s audience similar to that of a judge evaluating a sentencing video, attempting to discern whether they should feel moved or manipulated by Mr. Passon and the stories presented at the festival.

In doing so, we hoped to pose whether all documentaries are really just like sentencing videos: facts presented in a subjective manner, with footage altered or deleted to serve the filmmaker’s message and elicit a particular emotion from an audience. At least for sentencing mitigation films, we know whom will be the final arbiter. For other documentaries the court of public opinion will need to decide.

It’s clear Mr. Passon and defence attorneys see this as a potent tool in their arsenal, when gaining access did you meet any resistance or concerns that your film may ‘give the game away’?

Yes and no. Some attorneys – particularly at the festival – felt uncomfortable appearing on camera. The very sight of my crew and I at the festival definitely raised some eyebrows, while others were excited by the prospect of spreading the gospel of sentencing videos. In both camps, however, attorneys were particularly sensitive on how they would be portrayed in the film. 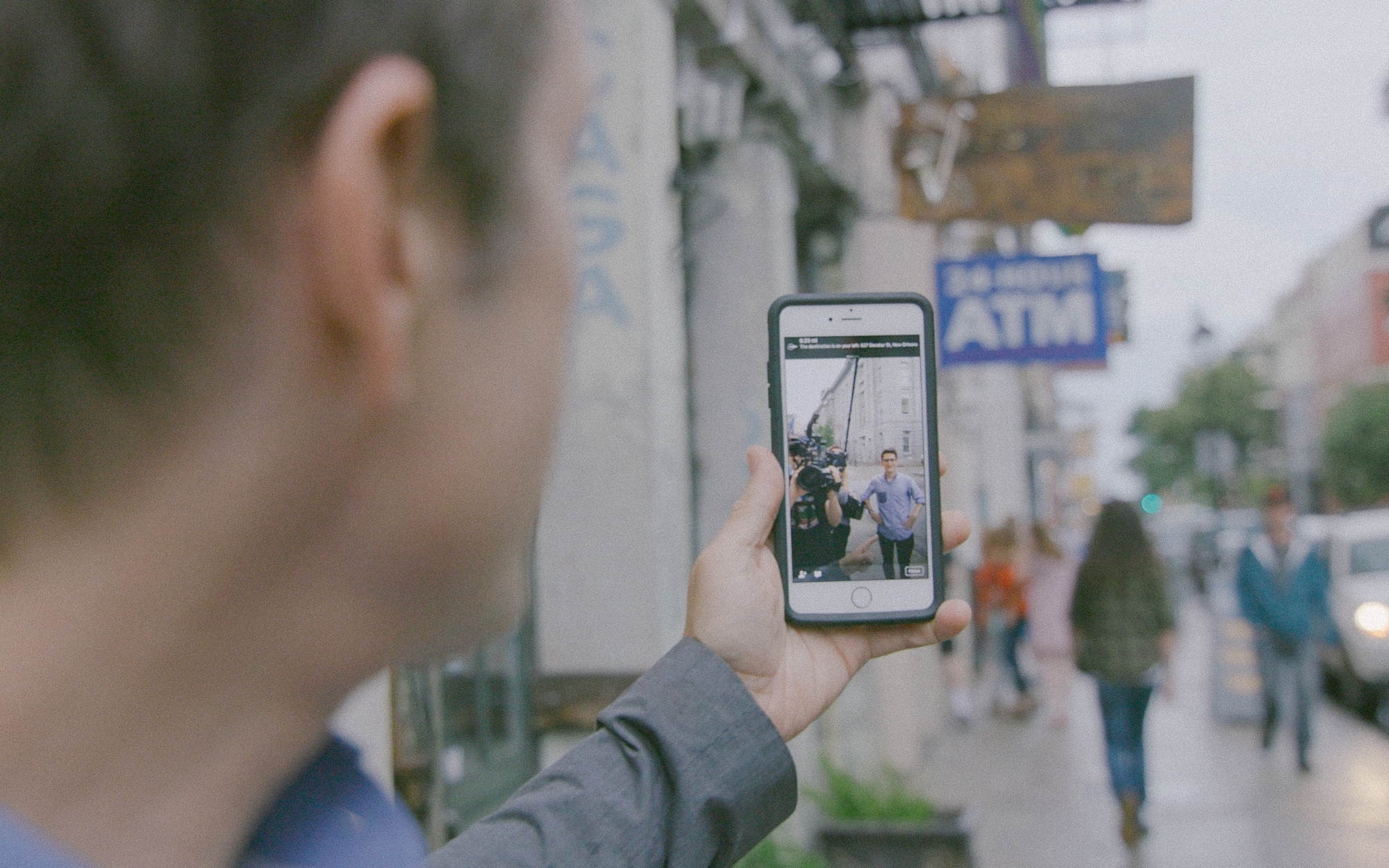 During your time documenting the practice of sentencing videos did any rules/expected ethics defining what is and isn’t fair game in these films become apparent?

While there was certainly irreverent humor to be found in his idiosyncratic presentation, Mr. Passon remained steadfast in his opinion on the representation of truth in sentencing videos. Although the aim of sentencing videos was to present a different perspective/narrative on a particular defendant, to Mr. Passon, there was no room for misstating the truth. I believe that Mr. Passon – and many who attended the festival – believe that the idea of courtroom objectivity, while a cherished ideal, is an elusive myth in itself. As such, while No Jail Time: The Movie profiles the ways in which one could harness documentary filmmaking for a highly tailored purpose, I personally believe that Mr. Passon treats the truth like most non-fiction filmmakers: we can stretch it, but not invent it.

The fact that truth can be ‘essentially’ true is fascinating to me.

Is this tool available to prosecution attorneys? Are you aware of the reactions from victims and prosecutors of defendants who have received shorter sentences than expected as a result of an effective video?

As far as I know, the prosecution does not use these kinds of tools to encourage stiffer sentences. This is likely due to the fact that the legal precedent for defendants (in U.S. v. Booker) has not been expanded to the prosecution. Additionally, many prosecutors take issue with sentencing videos, claiming that it is nearly impossible to cross-examine the character witnesses featured in the videos. As for my own awareness on the issue, I personally made it a point to follow this phenomenon from the perspective of criminal defense attorneys. My interest in the topic originally stems from a place of questioning whether true objectivity in our courtrooms still exists. Or whatever that means today, anyway.