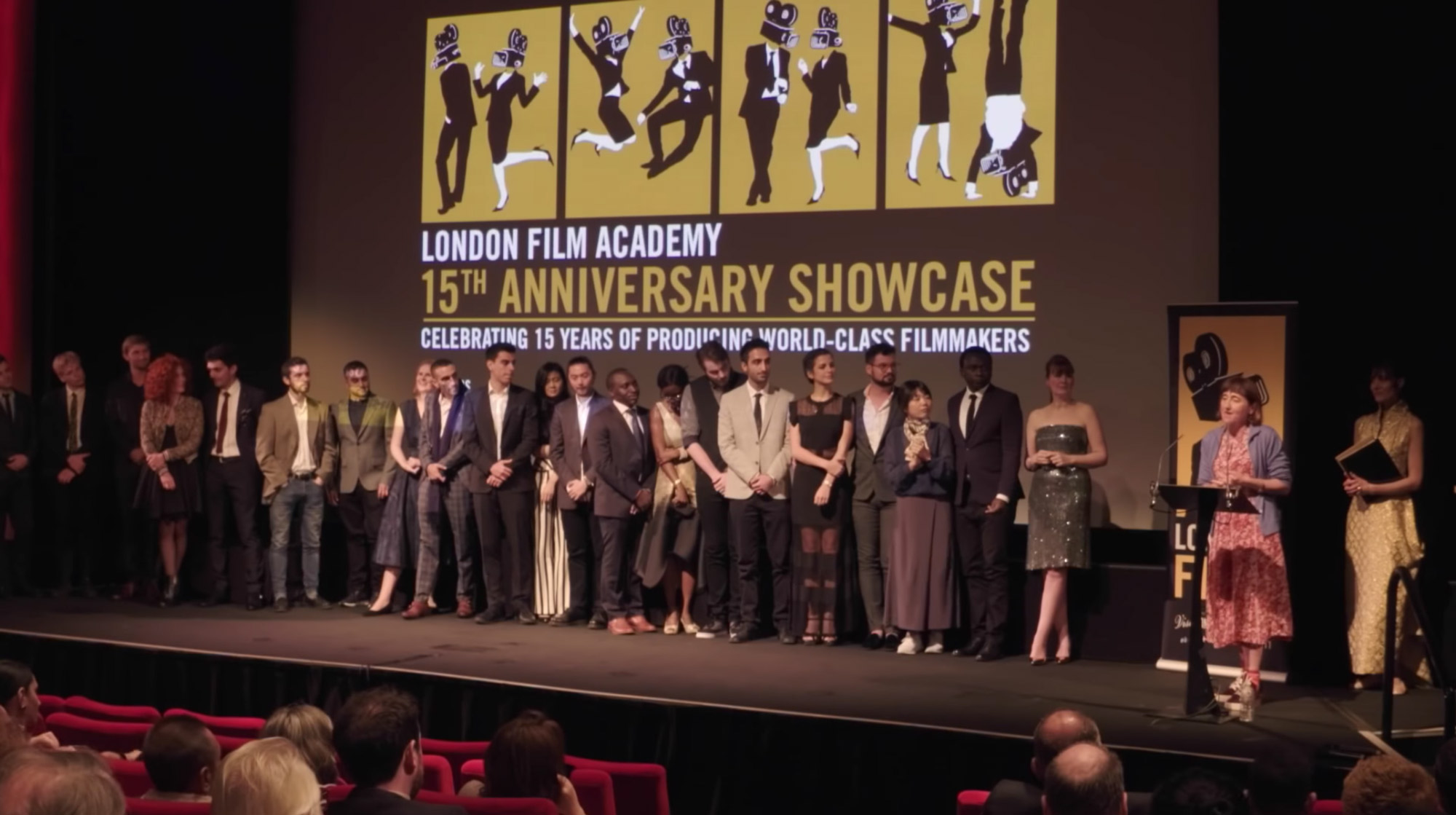 The London Film Academy is one of the UK’s leading film schools, showcasing a breadth of talent and a regular roster of students, young and old, who go on to prominent roles in the film industry. The school has recently announced their second LFA Pioneers Award, a scholarship dedicated to emerging female filmmakers. We spoke to Anna MacDonald, LFA co-founder and joint principal of LFA, about the origins and aims of this most welcome (and much needed) female filmmaker bursary.

What was the inception of this bursary?

As Britain’s only female-led and founded film school, we want to inspire more women of talent.

Since our inception we have nurtured and produced hundreds of world-class filmmakers who have gone on to make their own independent productions, work on big features and drama, including: Star Wars: The Last Jedi, Star Wars: The Force Awakens, The Martian, Fantastic Beasts and Where to Find Them, Hunger Games: Catching Fire, The Bible, Call the Midwife, Downton Abbey and Black Mirror, or make narrative shorts for brands or charities.

It’s our hope that this scholarship will be a lucky break for a determined woman of talent.

It’s our hope that this scholarship will be a lucky break for a determined woman of talent, who might otherwise, due to financial constraints, not be able to access training. As our founding patron Baroness Kidron, who has donated 50% of the course costs, said: “Filmmaking is a wonderful profession and a wonderful craft and I hope that the recipient is just the first of an army of Pioneers who are gifted the skills and the opportunity to tell us their stories.”

The selected candidate will receive a funded place to cover the cost of the course and worth £23,000 on the LFA’s 12-month practical and fully comprehensive Filmmaking Diploma course starting 7 May 2018. 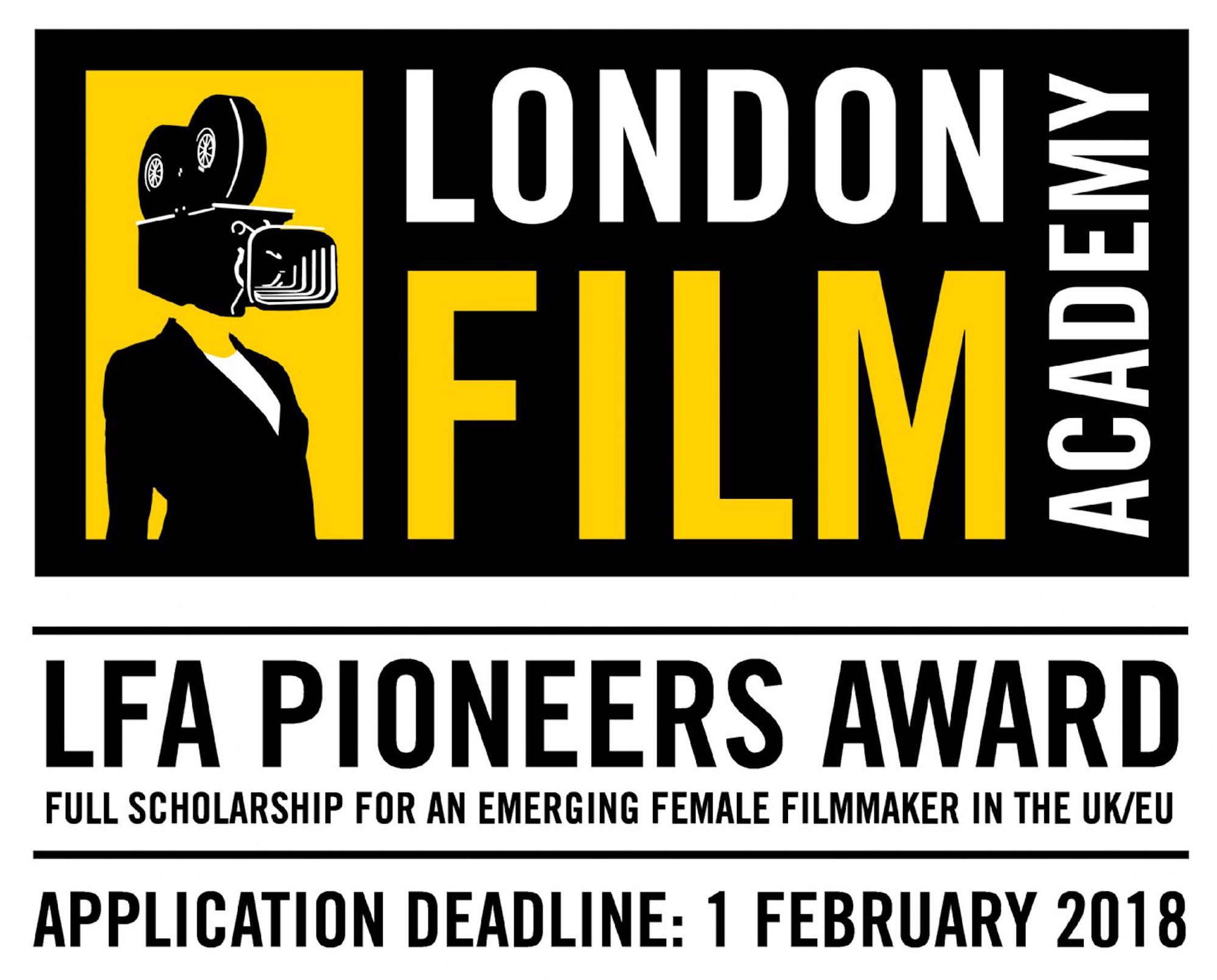 How do you apply for it?

Expressions of interest to reach LFA, deadline is: 1 February 2018.  Full applications to reach LFA by midnight on 11 February 2018. Further information on the Pioneers Award can be found here, with the Filmmaking Diploma entry requirements detailed here.

What would you say the aim is for this bursary besides the financial backing?

The aim of the bursary goes well beyond the financial backing. The participant will be immersed in a collaborative, friendly and inclusive learning environment and have access to our pull of industry tutors and contacts, as well as high-end professional film equipment. They will be able to create their own professional network of contacts in the Film & TV industry. LFA’s support also continues long after our students graduate, through our filmmakers’ club.

Since our inception we have nurtured and produced hundreds of world-class filmmakers.

A recent article in The Guardian highlighted the gender imbalance in the industry, it was centred around the fact that 31% of all actors cast in films in 1913 were women as compared to this year’s 30%, it’s a depressing actualisation but do you hope that with the LFA’s and similar bursaries targeting gender imbalance this can be changed?

We are determined to create opportunities for talented women who have the commitment to pursue a career in filmmaking. We’d like to continue with this award on further intakes and are now looking for other like-minded organisations or individuals to join forces with us and match-fund the award.

Do you think more film schools and institutions should be looking at offering similar benefits, given the representation issues in the industry?