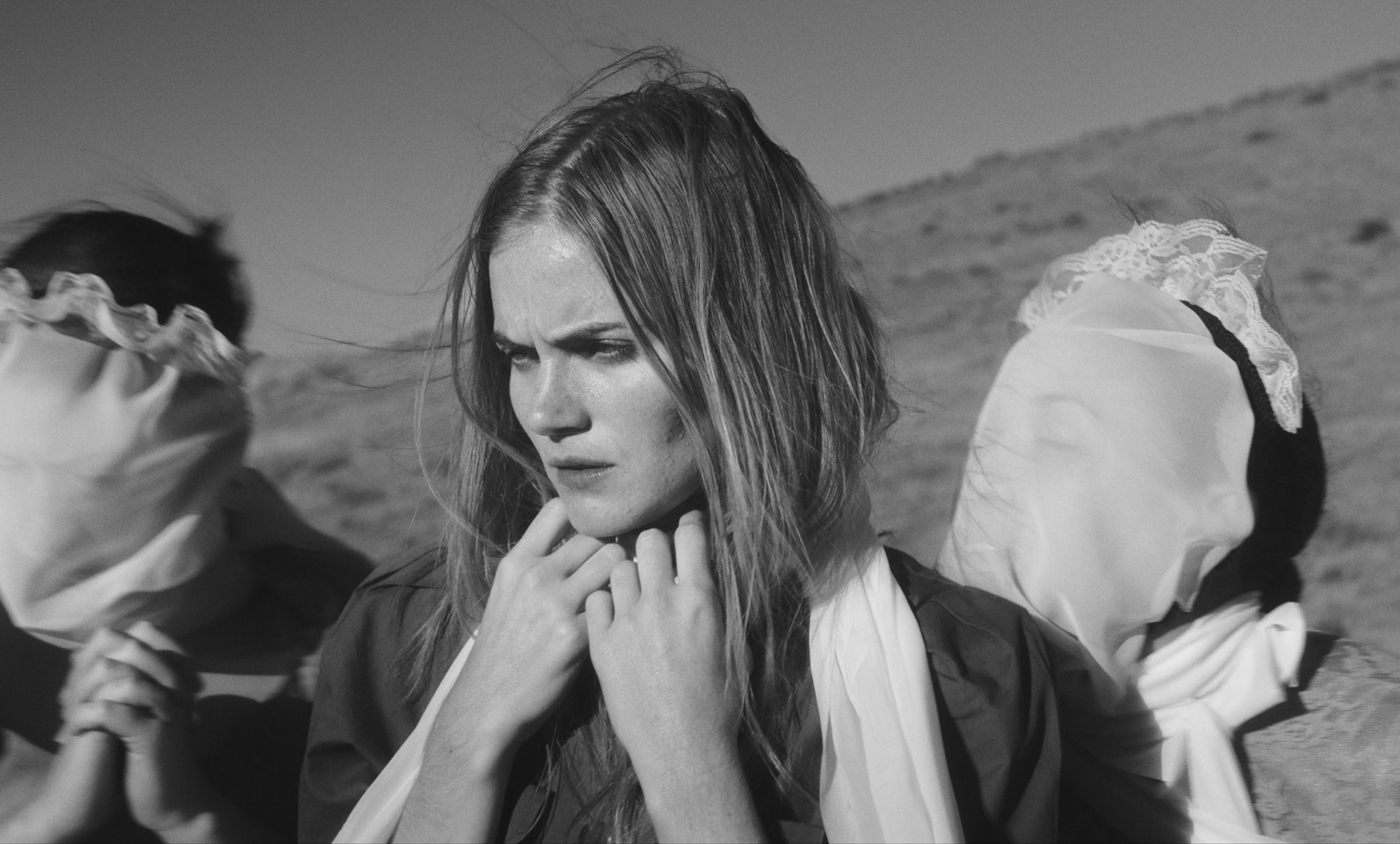 Director/Choreographer Erin S Murray is no stranger to the pages of Directors Notes, with a growing body of work which consistently brings something new to the marriage of dance and narrative. Her latest short Hydra explores themes of identity, herd mentality and indoctrination, as a child wandering a desolate landscape finds herself subsumed into a militaristic lineup that transforms her into a woman. I caught up with Erin to find out more about this beguiling piece of filmmaking.

For me, Hydra evokes thoughts of blind conformity subsuming self expression and that one’s ability to break free ultimately lies within, am I way off?

I love that people will find their own meaning, so I’m reluctant to completely spell it out. However, I will say this film is my reaction to the last few years squished into five wordless minutes. I wanted to explore themes of identity, herd mentality and indoctrination. I think a lot about how one finds identity within a group especially when that group has a “with us or against us” mentality. Movement wise, I was inspired by flocks of birds resting on power lines, religious rituals, and assembly lines.

This film is my reaction to the last few years squished into five wordless minutes.

How did your choice of stark location and a costume design which literally binds and blinds the women further enhance those themes?

The location had to feel lonely enough, so you could understand why the child would allow the machine-like lineup to consume her. Being part of a mysterious herd was more appealing than isolation. The scarf both restricts and connects. It creates its own singular identity out of multiple individuals like drawing lines to connect stars of a constellation. 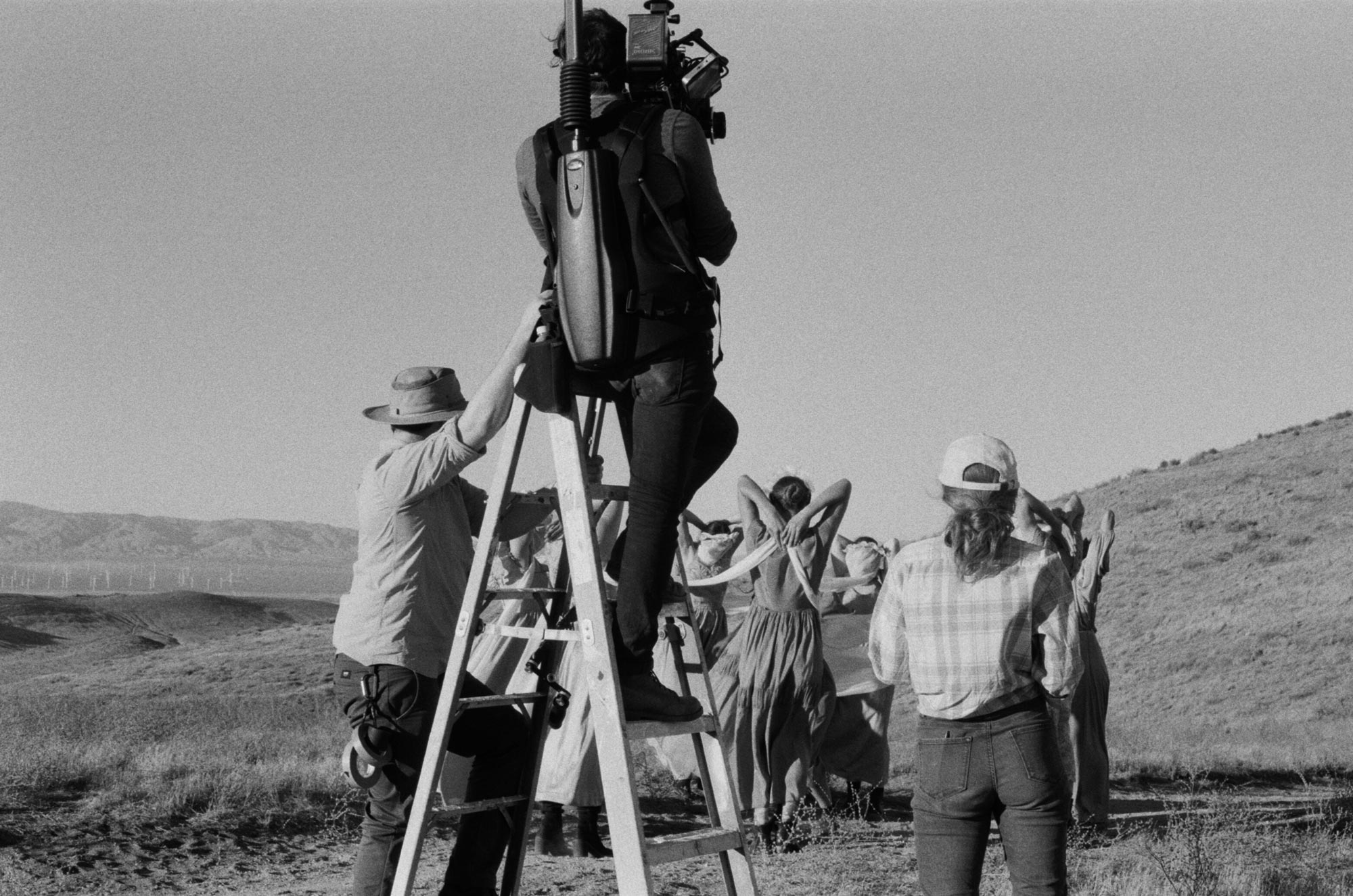 This is the first of your directorial shorts realised in monochrome, why did that stripped back aesthetic feel right for this narrative?

I instinctually imagined this film in black and white even when it was just a few notes written down. I wanted the world to feel unfamiliar and ageless. When you take color out of the equation, the lines and angles of the dancers’ scarf become more important. The texture and rhythm of the dresses blowing in the wind are more emotional, and the curving hills seem starker and much less friendly. 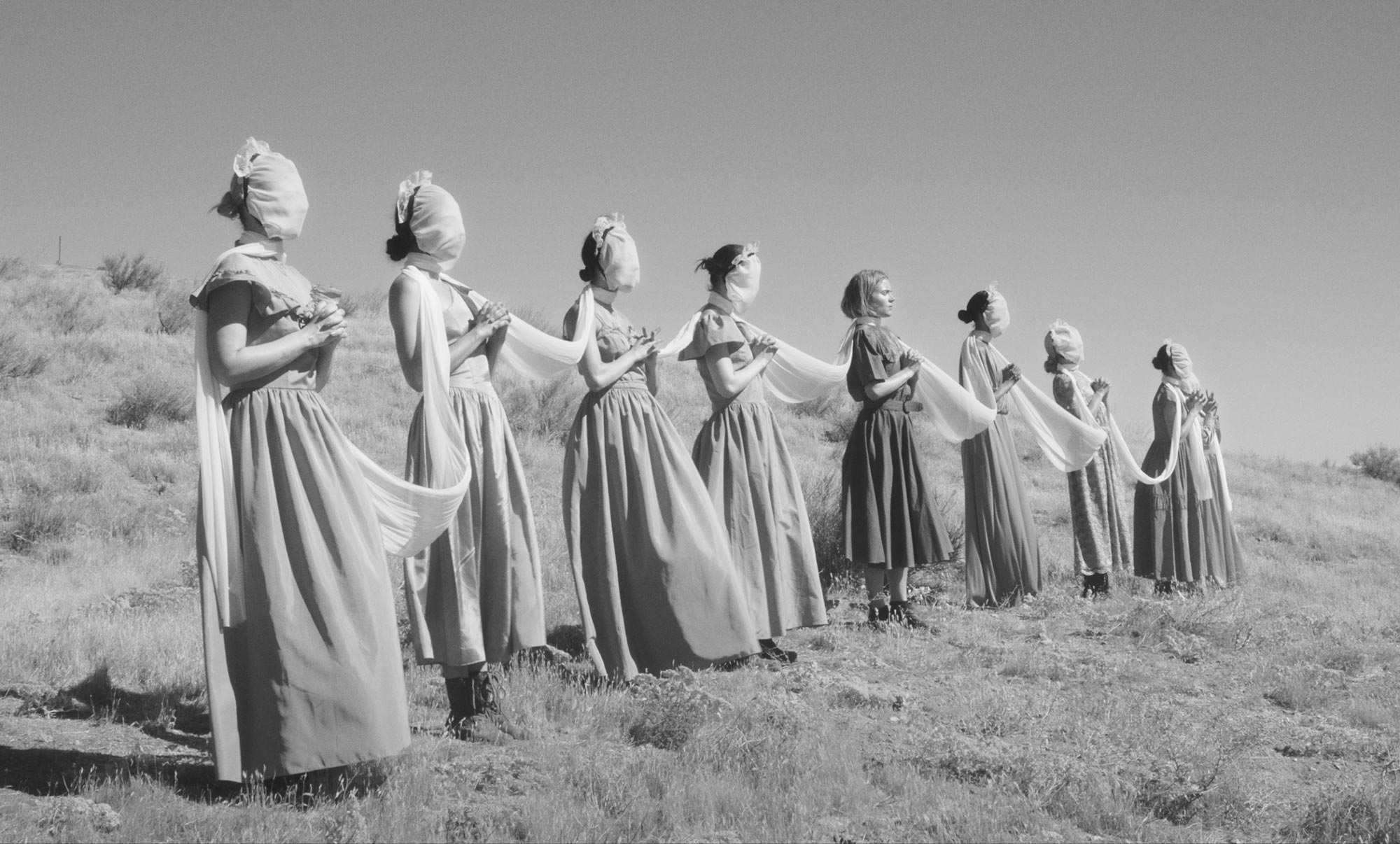 There’s a hypnotic quality to Hanetration’s discordant score which is further amplified by the relentless marching and ceaseless wind. Could you tell us more about developing Hydra’s audio elements?

Hanetration is an artist I found on Bandcamp a few years ago. Ever since, I’ve been itching to merge our work somehow, so I was stoked when he allowed me customize his music for this piece. I loved how the percussive elements of the song have what sound like a single marble being dropped on a wooden floor. It gives a sense of inevitability, almost like a domino effect. Sound Designer Matthew Dunaway layered multiple Hanetration tracks with wind and marching sounds to create this agitated undercurrent.

Do you have any upcoming collaborations or personal shorts we should be excited about?

I have loads of music video choreography on its way into the universe. I’m also in the early stages of another experimental dance narrative 🙂