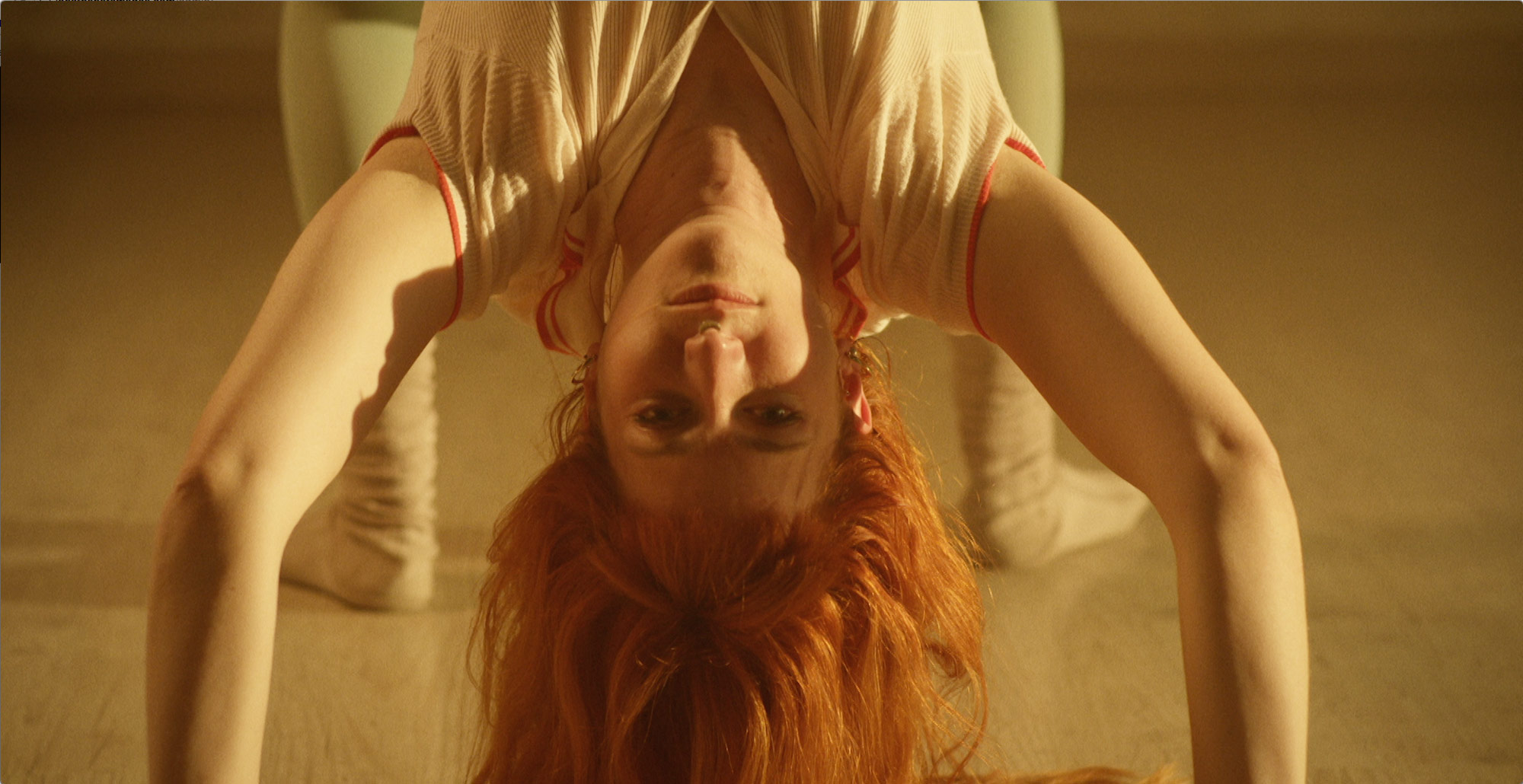 Gathering a team of close collaborators eager to explore the freedoms and challenges of a low budget, personal project, Jonathan Cremades embarked on the realisation of a murderous, “pleasant nightmare” for Salfvman track Oro. Jonathan joins us today to discuss toning down the violence, the ideal camera for stealing locations and the pain of shooting amongst drunk partying extras.

The first time I Heard Oro it captivated me. It seemed to me very suggestive and to tell a story. All of Salfvman’s music is very cinematic. This song is like a dream and I chose to tell a murder story that could happen in the subconscious, where reality blends with fantasy. Something like a pleasant nightmare, introducing in an everyday context violence as a way to escape an oppressive reality, but with a naif touch. The main character begins a flight forward, carried away by a momentum she does not understand and can not stop. Through these acts or reveries, she runs a kind of revenge on the world, that it is materialized in the power that underlies taking the life of another person.

The project was carried out with a very low budget, since it’s a new music band with few resources. For this reason I created a small team of close friends who were interested in playing with the freedom of a personal project, trying to have fun and enjoy shooting together. This team was formed by Guillermo Polo as DOP, Carlos Surián as Gaffer and Camera Assistant, Rocio Juarez chose all the costumes, wardrobe and makeup, Blanca Añon helped us with some elements of scenography, and finally Marta López as the main character (and who is not an actress) is my girlfriend, and this is her first time in front of the camera (very proud of her!). The rest of the cast are also friends and non-actors, who agreed to be killed by Marta, except Julian Hackenberg (guy in the disco) who is a German actor living in Valencia, and was the male character in our previous music video Tus ojos son puñales by Terrier, which was featured on Directors Notes last year.

I collected a lot of film references to create the shotlist and to find the feeling of the violent scenes and murder sequences for the story. Some of the films I looked at were: Les Diaboliques by Henri-Georges Clouzot, (love the bathtub killing), Man Bites Dog by Rémy Belvaux, André Bonzel & Benoît Poelvoorde, Las horas del día by Jaime Rosales, La Herída by Fernando Franco or A Short Film About Killing by Krzysztof Kieślowski. I initially wanted to make a more violent video, with more blood and explicit content, but again due to the budget limitations, I simplified those ideas and instead tried to tell a murder story without the explicit moment of attack.

It was so exhausting in the end trying to shoot surrounded by drunk dancing people.

The exteriors which appear in the video are places in Valencia city that have always been magical for me, especially the south exit of the city where a bridge crossed the ancient Turia river, now without water. There’s a special sunset light, and is a sinister spot, with a lot of roads heading in several directions, cars, people crossing the river, buildings and the empty river. As the producer of a music video with no money to rent locations, I had to ask a lot of favors for the shoot. For example, the house at the beginning was provided by Marta’s friend, Carla. She also owns a dance school, where we shot the dancing sequence. Carla’s father, Marcos, was also the man killed in the bathtub. The final sequence, in the disco-bar, was shot in a real place in Valencia called Vibora, with real people partying. It was so exhausting in the end trying to shoot surrounded by drunk dancing people. In all the locations we were limited to taking a few shots and moving forward quickly.

Our small budget went straight to the camera and light resources we needed for the 3 day shoot. Our main camera was the Red Epic Dragon 6K with a Zeiss Contax lens kit. We also used a Sony A7sII and a Osmos DJI to shoot the sequence in the shopping center and the arcade game saloon, (cause it was forbidden to shoot there and with that set up we were less visible). For lighting we use two Westcott Ice Light 2 LED bars (very useful in the car sequence), a Cineroid Flexible LED light kit, and a Fresnel 2000w. All the LED lights were very helpful to shoot with not too much time, in different locations on the same day, and for night exteriors.

In the end, this project was a beautiful adventure with friends and I think we achieved our aim of telling a story which reflects many aspects from the song.

Check out my website jonathancremades.com to watch other works!