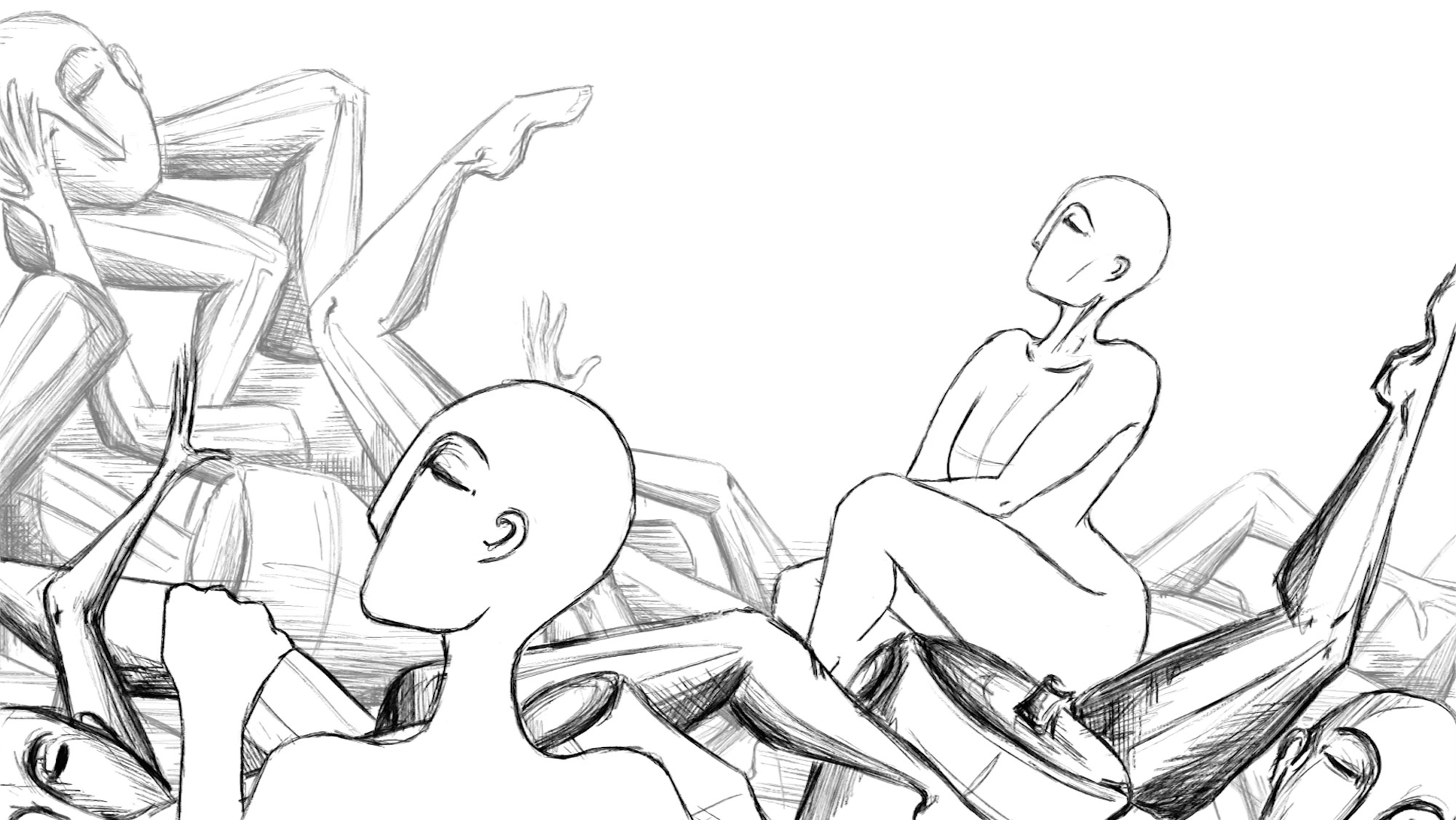 “Power tends to corrupt and absolute power corrupts absolutely”, so the famous quote goes and in London-based Animator and Illustrator Natasza Cetner’s enchantingly surreal graduation short Nero, we see the tragically callous nature of unchecked power at work on a trio of exquisitely delicate creatures and the inevitable consequences when that power pushes too far. DN invited to Natasza to tell us about the political and aesthetic roots of this animated battle between repression and independence.

I am a Polish animator living in London, currently studying MA animation at Royal College of Art. Usually, I concentrate on subjects related to the unconscious and absurdity, but lately, due to the current political situation in Poland getting more and more terrifying for me, I decided to produce my final BA film to manifest my current concerns.

I aimed to show through surrealistic imagery, how human nature provokes us and drives us towards cruelty and mercilessness once we are given a certain amount of power. This is where the title comes from, as Nero stands as a symbol of madness and drunkenness with power. The film pictures the moment when the oppressed society or an individual receives too much damage to bear and finds those last remnants of courage to fight back in order to survive.

The subject I am dealing with, considers all cultures and human nature itself, and thanks to the surrealistic images and lack of dialogue I believe it is open to any individual as the metaphor tries to relate to situations and behaviours we come across every day. Even though I personally concentrated on the political aspect of the story, I keep hearing from the audience that it makes them ponder on the tough topic of the domestic violence and abusive relationships.

The dancers were based on the sculpture Muse by Constantin Brancusi, as I aimed for an androgenic look, but in the final film they seem to be obviously female. It does not matter to me at all because the main feature I wanted to capture was their fragility. In order to present the figure of the man as a fluid, universal creature that would metaphorically represent humanity, his facial features and limbs morph from one to another, emphasizing his mental instability.

Surrealism is one of the most powerful means of conveying the story and moods whilst keeping it universal for many people.

Visually and plot-wise most of the illustrations and films I produce are set in dark surrealistic aesthetics. Surrealism is one of the most powerful means of conveying the story and moods whilst keeping it universal for many people. As each one of us has a different experience and different backgrounds, I believe that the use of symbols and metaphors is one of the most effective ways to reach the audience. At least that is the most effective one I found so far.

I decided to establish the environment of the film as an endless void, with the possibility of other similar events happening miles away at the same time. The sequences that happen underwater were thought to be highly contrasting with the previous surrounding, so they are dark and quite dense textures-wise. I dissolved ink with water in many different ways and then scanned them in at over 3,000 DPI, and then during compositing, layered them on top of each other to create the sense of water density. All the animation shots were done in TvPaint 11 at around 10-12 frames per second.

Nero was my BA graduation film from the University of Westminster in London, and the preproduction started around the beginning of February 2017, giving me around 3 months to finish it. In terms of sound and music I collaborated with Lister Rossel, who had already worked with me on previous films, so I knew that together we could achieve a proper dark and ambiguous sound atmosphere that would be appropriate for the plot.

I believe that our personal views and opinions are as fragile as the tiny dancers presented in Nero and are delicate enough to be extinguished easily by certain relationships with other people. Everyone has a line up to which they can survive a certain amount of being repressed, caged and used, and when that moment comes, you start fighting back in order to defend your independence, in any way it means to you.

Head over to nataszacetner.com and check out Natasza on Instagram at @natcet for more illustrations and work in progress.