You know a music documentary is doing its job when it not only lays out the spiralling tendrils of a scene in a detailed, cohesive manner which will satisfy lifelong fans, but does so whilst drawing in those of us whose musical tastes are diametrically opposed to the onscreen tunes. That’s a feat well accomplished by João Retorta (who joined us last month with Random Acts short Uma Da Manhã (01 AM)) in Sun, Sea and UKG – his comprehensive documentary charting of the rise and fall of the late 90s UK Garage scene in the Cyprus resort town of Ayia Napa. I spoke to Joao about the challenges of telling this 20 year old story of an island suddenly transformed by music.

Sun, Sea and UKG is part of the Boiler Room’s wider celebration of 20 years of UK Garage, did you have a personal connection with the scene that led to this commission? How hands on were the Boiler Room with the making of this film?

I’ve always been massively into UK ‘dance’ music, but I’d be lying if I said that UKG was a scene I knew a lot about. It was never a music I dug too deep. I had a pretty average knowledge about it – its legacy, biggest records and key players – but that was about it. The idea for the documentary was developed by our film’s writer and Boiler Room researcher Bradley Steptoe and brought my way via Bullion, the production company that I’m signed with.

The film was one of the main assets of Boiler Room’s UKG20 project and their team – Bradley, Joe Walker and Joe Alexander – were an integral part of the whole process. Myself and Bradley worked together pretty much throughout. During our prep, actual shoot and post.

The stories you bring together from key players in the UKG scene give the film a canonical feel, how difficult was it to arrange these various accounts into a coherent timeline of how UKG rose and fell on the island of Ayia Napa?

We put a lot of time into structuring the film and how we thought the story should be told during pre-production. When I jumped on the project I was bombarded with information that Bradley had been collecting for the past month or so. He did such an incredible job with his research. He spent 30+ hours on the phone with the scene’s key players and pretty much knew every single detail of what had happened back then.

We placed everything on a linear timeline to start with and gradually boiled it down into a 25min film structure. Identifying the key beats and characters, catalysts, the anecdotes, etc. So, as much as it was difficult and time consuming, great research made it a whole lot easier. We went to the shoot pretty much knowing what we wanted to get from every single contributor and what the backbone of our film should be.

As much as it was difficult and time consuming, great research made it a whole lot easier.

Then things obviously change during post, as you’re relying on a few different factors: how people deliver the story, how well you can support it visually, etc. That’s when Charlie Reddie, our brilliant editor, stepped in with a fresh perspective and turned our ‘sketch’ into our film.

The interviews take place in a range of locales and avoid the locked off feel of traditional documentary interviews, what inspired that aesthetic approach and what did you shoot it on?

One of the biggest challenges in telling this 20 year old story was the lack of actuality. The scene doesn’t exist there any more and we went to Napa during off-season, which pretty much looks like a ghost town. But I wanted the film to feel as vibrant as our story and without solely relying on archive. So a roaming hand-held camera seemed to be the best solution to bring that vibrancy to screen. Keeping it uncontrived, conversational and told in the first person.

We shot it on the Alexa mini and some bits of b-roll on a S16mm Bolex. 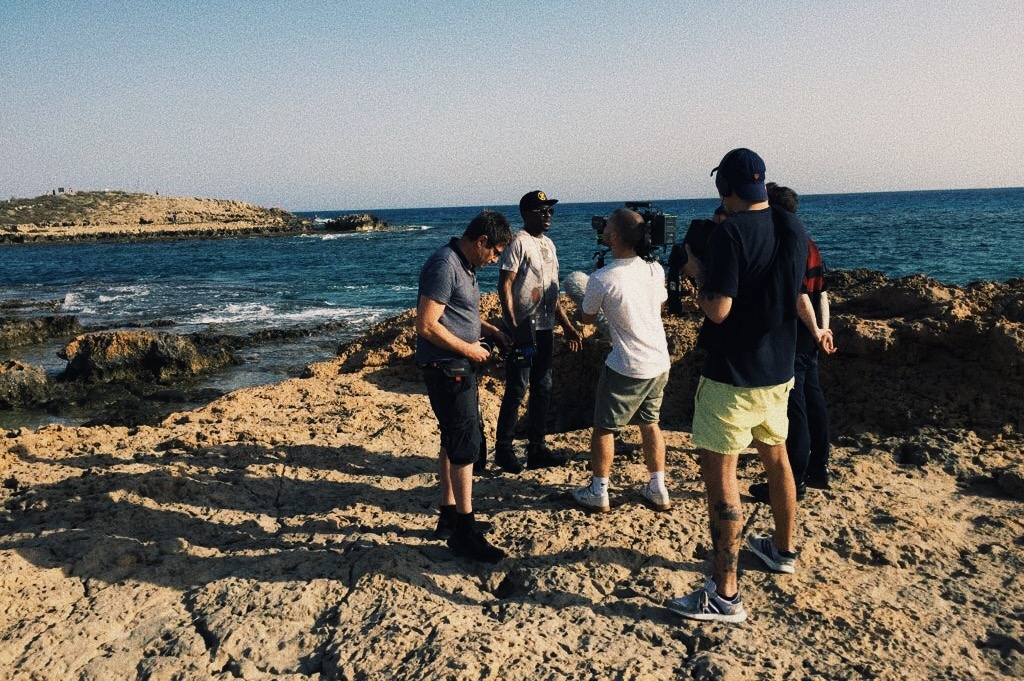 Were there any key figures or stories from the period that you wanted to include but couldn’t gain access to for the film?

There were a few figures that we didn’t manage to get on the film. Not necessarily due to access issues, but primarily due to time constraints. Another of the film’s biggest challenges. Actual time to shoot with the contributors – we shot during 3 days in London and 5 in Napa – and the film’s running time. There was only so much we could have featured and therefore some creative decisions had to be made and some things ended up left out. But nothing that we don’t touch on. We just could have gone deeper in some storylines, such as the gangsters, the political tensions, etc.

How did you discover the existence of and then manage to track down such a wealth of never before seen footage of that era?

All credit to Boiler Room team here. Bradley and Anais Bremond, lead researcher at Boiler Room, sourced countless hours of tapes and tons of photographs from our contributors and other key figures from the scene. Pure gold.

It’s a blessing that this story takes place a few years before everyone had cheap digital cameras and camera phones. People kept their tapes and photo albums safe. It’s a physical thing. I’m sure we wouldn’t be as lucky if it happened a few years later. A lot would’ve been lost on broken phones or damaged hard drives. And it was also great aesthetically as everything was shot either hi8 or VHS and all the stills on 35mm.

It’s a blessing that this story takes place a few years before everyone had cheap digital cameras and camera phones.

Could you describe how you went about organising and preparing all these materials in post? How much did the structure change during the edit?

Here again, a lot of credit to Bradley and Anais as far as archive is concerned. They digitised and catalogued all the rushes and stills. Then Charlie, his assistants at Stitch and myself selected the best bits and placed them where they best fit the narrative.

I’d say the overall structure didn’t change an awful lot during the edit, as we tell it relatively chronologically. So, we always followed that initial backbone structure in that sense. But we did a try a few different things in places. Especially in the middle of the film. We swapped things in and out and re-order it a lot until we found our final structure.

We wanted the film to flow seamlessly and build gradually with each beat triggering what comes next and nothing coming completely out of the blue. The only time that happens is when we introduce ‘Little Charlie’ but we wanted to keep the surprise factor there.

Musically, there’s a wealth of tracks that could have featured throughout the film, how did you narrow it down to choice cuts used in the documentary?

It was a mix of factors here and team work again. We got a selection of tracks from myself, Boiler Room and the UKG scene. I listened to a ton of UKG sets whilst prepping the film and started selecting some tracks I thought were good for the edit. Obviously Boiler Room and their music team had their input and curator role on it. They sourced us a folder with a lot of tracks. Martin Larner, one of our contributors who was integral for the film, asked all of our other contributors for their all time UKG top 5.

Once we had this selection we started narrowing it down chronologically and selecting which tracks and sound would be accurate for which era we’re talking about. Then it was down to creative decision and personal taste. Once we knew which tracks made sense where, we used the ones we thought had the right tone, mood and pace.

A good story about an iconic music scene is what got me hooked in the first place.

Personally UKG is on the total opposite spectrum of my musical tastes but Sun, Sea and UKG pulled me in despite that. Is that a lucky side effect or were you consciously trying to appeal to people from outside of the scene as well as aficionados?

Thank you! I’m really pleased to hear that. It was definitely part of my intentions from the get-go. As I said in my first answer I wasn’t a massive UKG head myself. A good story about an iconic music scene is what got me hooked in the first place, so I definitely recognised the potential to make a film for everyone. Not just a ‘scene film’. And that was really important throughout the whole process – to tell this story in an entertaining way, whilst obviously keeping it legit and journalistically correct. I’m really glad that comes across in the final product!

I’m gonna keep pushing myself and keep working hard this year. More short form. More music videos. More documentaries and content. I’ve also set myself to write and direct my first narrative short-film in 2018. Hopefully I’ll get that rolling too.