Brazilian filmmaker VELLAS’ hard hitting promo for Médecins du Monde’s (Doctors of the World) #ShutUpDeath campaign, pulls no punches as it highlights the critical mission of the international humanitarian association to provide support for social change and universal access to care across the globe. In the following interview we speak to Felipe about eschewing African clichés and why it was important for him to cast from Brazil’s illegal immigrant community.

Creative Directors Alexis Benbehe & Pierre Mathonat have said they wrote this film with you in mind as director. What was it about their script that appealed to you and were there any changes you needed to make to it in order to fit your directing style or the production conditions?

That was very surprising for me actually. I didn’t know them personally and I felt almost honored that when they were writing and thinking about the campaign they thought about me. They said they love another film I did in the past (Leica: Soul) and felt I was the right guy to shoot this new project.

I think what changed in terms of script from the first PDF I saw is the fact that the film became bigger. We made it in 4 hands and made it bigger. Bolder. More visceral and violent. Since the beginning I had the impression that this film should be real as possible. That’s in terms of art direction, casting, make up, etc… Also the cinematography. We should never feel that something was posed, produced or stylized.

Due to financial and schedule reasons, the film was all shot in Brazil. I was shooting another big bank commercial there and the only way I could be working and producing Medecins du Monde was in a production gap I had at the end of November. So we shot in two long days, in three different cities. The cast was in its majority from Haiti and Nigeria. Most of them illegal in the country. Escaping from misery and war. I believe that somehow contributed to the energy of the film.

How did you then meet the challenge of not only doubling Brazil for Africa, but also capturing such striking footage which embodies the feel of a documentary yet doesn’t stray into the realm of an overly gruesome African cliché?

Well… I love photography. I tend to make decisions based on that. I am a big fan of war photographers. Street photographers. From the masters to the new crazy ones. All my research was based on that. On photography from Nigeria, Angola, Ethiopia, Sudan and so on… I have created a huge image bank based on that subject and tried to replicate whatever I felt was important and relevant. Clothes. Art direction. Cars. Color pallete. Casting. Everything I could. I believe that was the north on this job. And actually is the ‘north’ of my work. All based on photography and human relations.

I wanted it to feel like a punch in the stomach somehow.

Casting was probably the biggest challenge. Brazil is a country with lots of African influence. But, people look different. It’s all mixed with Spanish, Italian and other countries immigration. I needed real Africans. The only way was to search for the illegal ones in the country. After the earthquake in Haiti many people moved to Sao Paulo trying to reconstruct their lives. Somehow I felt relieved we were able to help them somehow. Not only with money, but especially by making them feel like they exist again. They were super happy to be there because they became our stars. Regular normal people from a destroyed place feeling that they could make a difference somehow in something.

The film’s punctuated structure of action and repetition, along with its frenetic pace, adds to its visceral power. Did you have any difficulty in finding the correct level of intensity in the edit?

Hahaha of course. It was really hard. We have cut so many things. The first edit was 5 minutes long. But it was too slow I think… We needed to make it look more powerful and visceral. More intense. I wanted it to feel like a punch in the stomach somehow. Well, resuming the story, it was probably the most intense thing I’ve directed so far. For so many reasons. 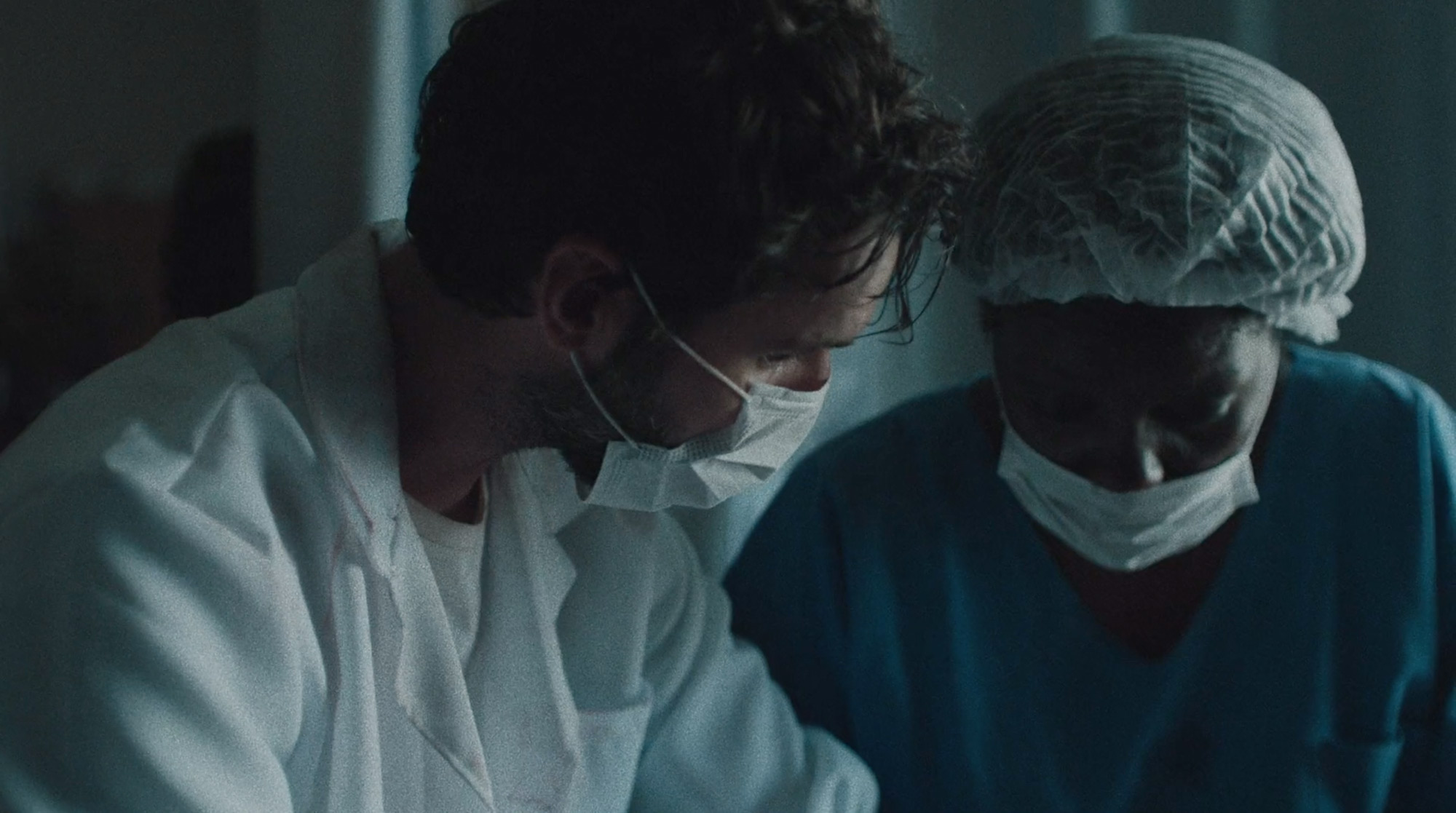 This is part of Médecins du Monde’s larger #ShutUpDeath campaign, who did you have in mind as the intended audience and what action do hope the film will spur them to?

I think I was focused on telling the story in a way that could impact anyone that could be donating and supporting the MdM. It was intentional to be very rough and real so people would be more impacted by it. Even though if you don’t help them, at least now you might know a bit more about the organization.

Do you have any forthcoming projects we should be on the lookout for?

I am preproducing a short film I will be shooting in Cuba in the April / May. It’s a story about revenge and capitalism. It’s gonna be in the same cinematography style. Raw and intense. Hopefully, it will be a good one.