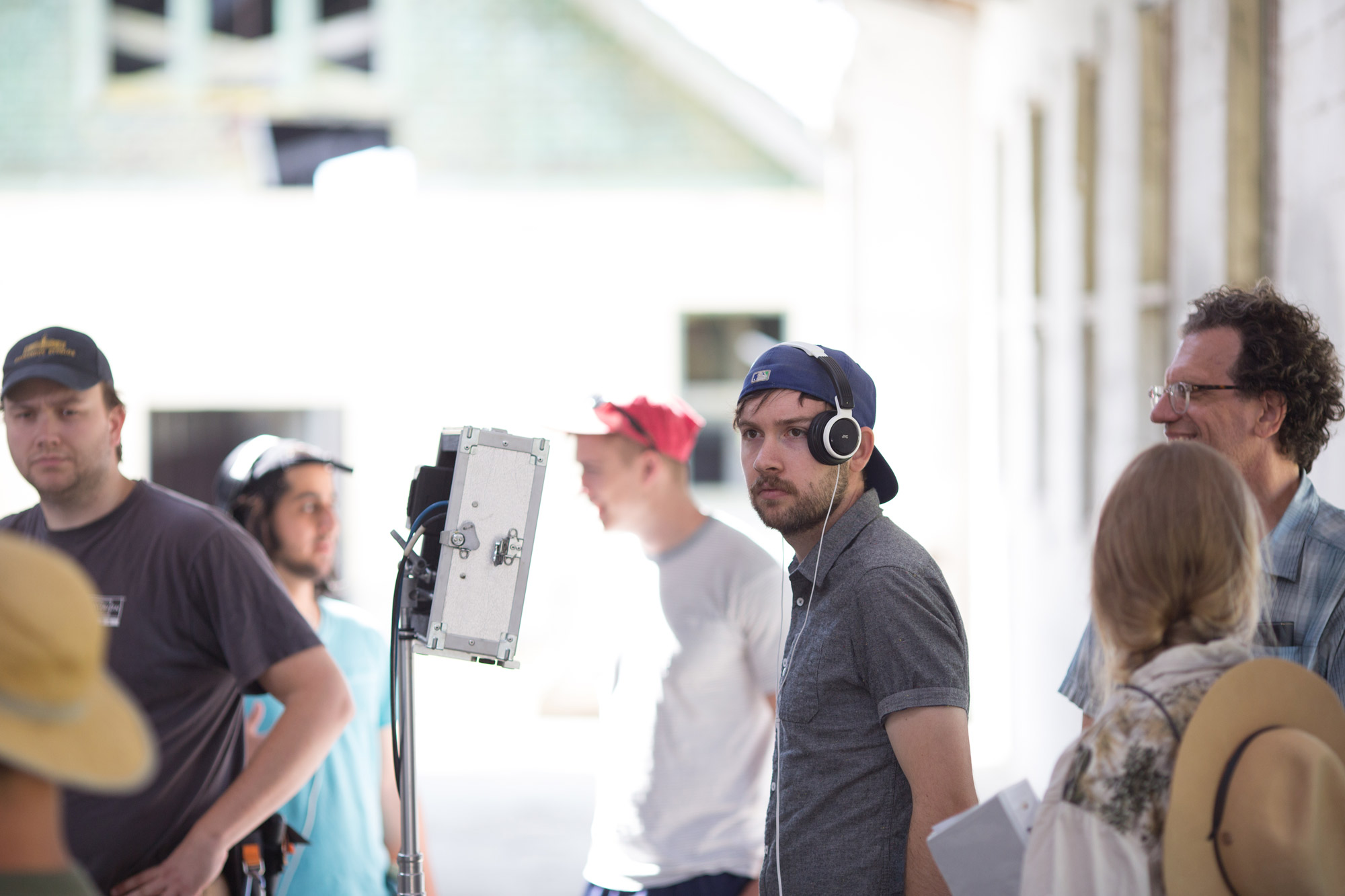 Making good on the promise he made back in 2016 when he joined us with narrative music video Chase the Clouds, Writer/Director Peter Edlund returns to Directors Notes with new music driven buddy road movie Mixtape Marauders, a tale of stoners, mindless day jobs, petty drug deals and obsessive mixtape curation. To coincide with the film’s Vimeo Staff Pick Premiere today, DN invited Peter share how he navigated the challenges of music licensing, last minute locations and a hectic shooting schedule for this endearing tale of two flawed, passionate characters striving to find meaning in the mundane.

I’ve always wanted to make a classic “music film” in the style of Almost Famous or Dazed and Confused or High Fidelity. A story where the music drives the narrative of the film instead of just functioning as the soundtrack. I also wanted to tell a story set in my hometown that drew from my life pretty directly. The thought of doing this made me really uncomfortable which I took as a positive sign.

I wasn’t really sure what shape this story would take until I went to visit my brother in NY and slept on his dorm room floor for a week. While there I met his new friend Peter McNally and got to watch them do their whole routine. Something about the way they bantered and argued really clicked with this story I’d been trying to figure out. I went home and wrote the first draft of the script in a couple months.

From there I decided to bring my brother in to work on the next draft of the script with me. We’d never written together before, but it was so helpful to have him in the room to run scenes and help build the backstories of the characters. He really pushed me to make this as crazy and specific as possible.

Once we had the script we were lucky to get our Music Supervisor, Sandy Wilson, on board very early in the process. We had no idea how hard licensing the songs was going to be; we should have, but I think we chose to lie to ourselves because if we’d been realistic about the challenge we never would have written the script.

We didn’t lock a few of the songs until the day before shooting. It was nerve-wracking. I was also searching for a location up until the day before shooting. We had options, but nothing that felt completely right. There were a million different moments where it felt like we weren’t going to make it to the finish line. The pre-production for this project was the most stressful and complicated I’ve ever experienced.

Luckily I have a boss producer, Megan Leonard, who was involved with the project from the start. We met in college and have been working together ever since as Visual Pollution. She somehow managed to pull this whole thing together.

There were a million different moments where it felt like we weren’t going to make it to the finish line.

The shoot itself was equally crazy. Seven locations in four days. The final day was an all-night shoot and the other three days had major company moves after lunch. We were averaging something stupid, between 17 and 22 set-ups a day. We were flying. We knew that what our scheduling was ambitious but I felt like the manic energy of the shoot would bleed into the feel of the footage. We wanted the pacing of the final film to be a sprint and the schedule certainly reflected that.

Our two leads are always on screen. Everything you see in the film is from their perspective, so we tried to make the camera match their headspace in any given moment. We really let the main song in each scene drive what we were doing and accepted that the visual style could change wildly from moment to moment.

We wanted the film to feel like the height of summer. We used natural light to fuel that mood as much as possible. For the parking lot dance sequence we waited for the sun to get in the right position and then shot the dancing in 30-45 minutes. We were just running around with a bounce board.

Same thing with the neighborhood scene. We were running out of time and light so we to cut the scene in half and shot it as a oner with the sun low on the horizon behind them. It’s a cliche, but having a specific plan coming into the day actually frees you up to throw everything out and improvise on the day. These are impulsive, unpredictable characters and we tried to incorporate that ethos into the approach to the film.

Ian and Peter’s relationship is the heart of the story. We tried to get their natural, back-and-forth rhythm in the film as much as possible. I encouraged them to keep talking in between takes, right up until I called action so that they could segue into the scene at their normal speaking rhythm. We didn’t worry too much about hitting punchlines or more traditional comedy timing. It was more important that their relationship felt lived-in and we trusted the comedy would come out of that naturally.

Our next project is also called MIXTAPE MARAUDERS!, Ian and I are writing a feature script that takes place the following summer. If people like the short I strongly encourage them to tell everyone they know and share their desire for a feature version on the internet. Shout it into existence via social media! We will find you, give you a digital high-five and use your tweet in our pitch deck!