Cognizant that Cantami would hold the honour of being the first music video to be created for legendary German classical music label Deutsche Grammophon, Director Daniel Eceolaza drew on the archetypes of opera for an intimate, yet universal love story worthy of accompanying the renowned voices of soprano Anna Netrebko and tenor Yusif Eyvazov. DN invited Daniel to share how a house in the middle of nowhere became the perfect stage on which to play out this epic romance.

As a director, I had been chasing the chance of creating a music video for a classical piece for some time when Deutsche Grammophon approached me with this project. It was an honor to have been commissioned to shoot their very first music video in history. The label’s only request was that it be about love and have a universal feel to it. Beyond that, they gave me free rein over the creation of the story.

With voices as iconic as Netrebko and Eyvazov’s, the biggest challenge I faced in the planning stages was figuring out how to depict the love story visually in an authentic and true way. I needed to create a film that would do the singers’ contributions to the world of opera justice while steering clear of cheesy cliches. When you’re working with artists whose music has had such a substantial impact on an industry or genre, you always run the risk of creating something that seems plain or dull in comparison to their achievements.

My aim was to unveil an intense and primal love story.

This fuelled my decision to build the story on emotions. I knew it was a bit like playing with fire, but I felt that it was the most honest approach. The idea was to highlight the elevated nature of their emotions using the fragmented memories and feelings that remained engraved in the lovers’ minds years later. Deeply inspired by opera, I relied on archetypes for the creation of the plot and the design of the characters.

My aim was to unveil an intense and primal love story with an aesthetic toolkit. And for that I needed a minimal, yet almost theatrical environment: a house in the middle of nowhere. We struggled to find the right location and it was only in the very last moment that we scouted a suitable setting thanks to the patience of our Producer, Daniela Holler.

For the cinematography (Jonathan Beneteau), we relied on contrasts in the light and colors as well as the vastness of the surrounding nature to capture an eternal feel. At the end of the day, we felt blessed to have found a house that could have been out of a Carl Theodor Dreyer film.

With this juxtaposition in mind, I decided to split the narrative in two. My intention was to blur the line between the way love takes you back to your childhood, in the sense that you find yourself flooded with overwhelming and raw feelings, and the way love carves a new path forwards as you begin to move from being blinded to fantasizing about building a life with another human being.

I worked with the actors (including Franziska Nylen and Marquet Lee) to create biographies for each of the characters in order to help give their performances sustenance and depth. 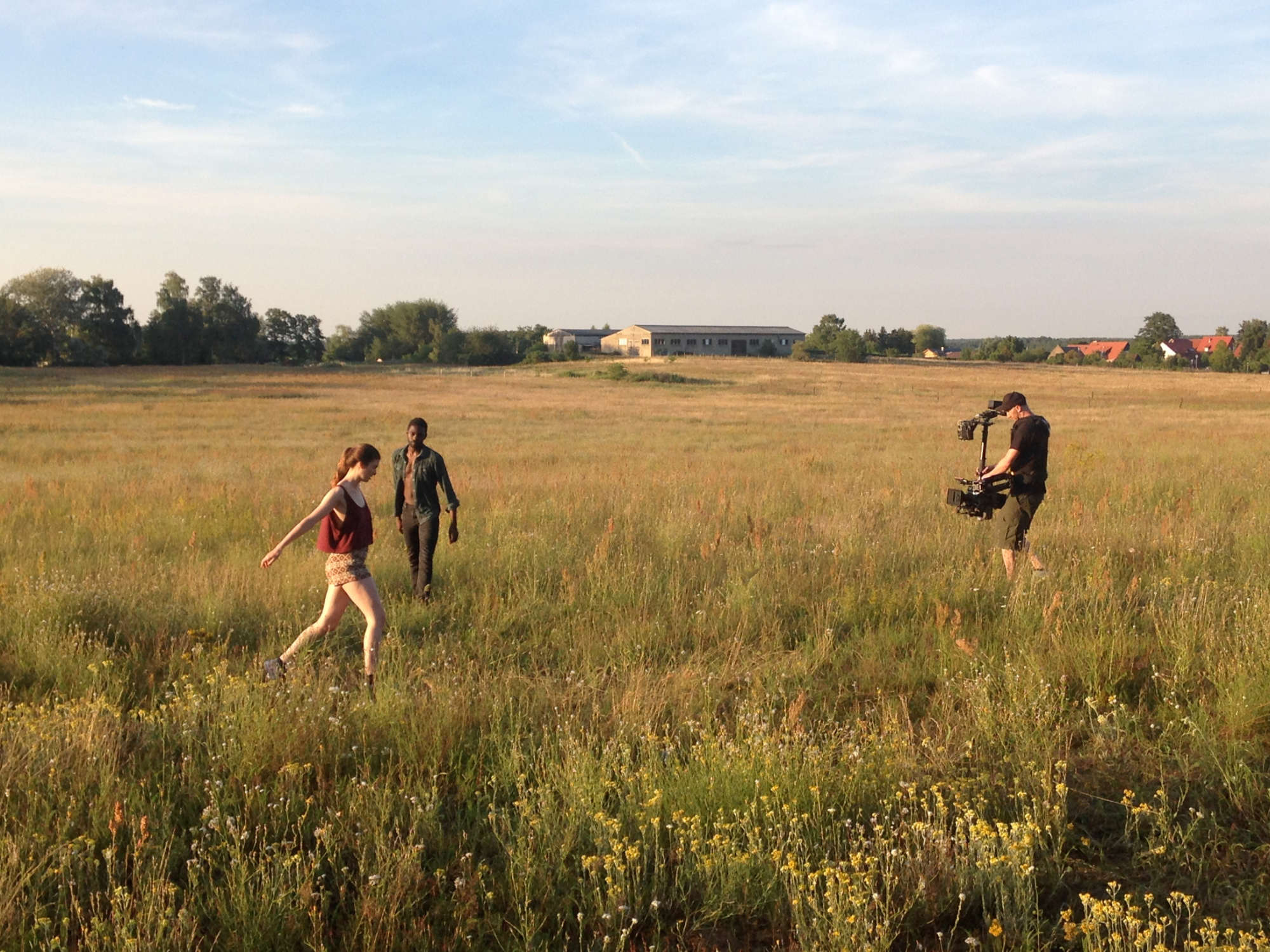 Your ability to create a beautiful piece of work is heavily reliant on the strength and talent of your crew.

No doubt, shooting almost the entire video in a 10 hour timeframe (we did the drone shots afterwards), was an intense experience for everyone on set. There were moments throughout the day when I wished that everything wasn’t so meticulously timed and planned out—I yearned for a bit more space and freedom to experiment with some ad hoc ideas I had for the actors. Looking back, however, I can really see how the intense time pressure we were under helped us translate a deeper level of intensity to the screen.

On a personal note, this project served as a reminder that, as a director, your ability to create a beautiful piece of work is heavily reliant on the strength and talent of your crew. It was encouraging to feel the creative force a group of dedicated individuals brings to the table when they come together, even if just for a day.