Cinema has somewhat of an obsession with the open-seas and we’ve seen all sorts of oceanic tales told on screen. The latest director to put on his board shoes and head out to the deep expanse is filmmaker Lance Oppenheim for his latest New York Times Op-Doc The Happiest Guy in the World. Allowing Directors Notes a behind-the-scenes look at his documentary, Oppenheim talks to us about the restrictions of shooting on a cruise ship and the advantages of working with a huge brand like the NYT.

How did you hear about Mario and what made you want to capture his story on screen?

Being from Florida, most people I knew – particularly my grandparents – would cruise regularly. When catching up with my grandparents sometime in late May of 2013, they had shared with me stories about an “elite cabal” of permanent passengers scattered across different cruise lines. One such passenger was a woman in her 90s who lived aboard a Cunard cruise. After failing to get in contact (she passed away in 2014), I did more research and soon discovered Mario’s story was another “frequent floater” living on Royal Caribbean cruises.

From USA Today, to Travel Weekly, to even The New York Times, Mario’s story — collected by reporters when Mario was at bay — had been well-documented, yet I felt that his day-to-day life at sea had not been fully addressed. I made contact with Mario after connecting with Royal Caribbean’s PR team, and sensing his extreme enthusiasm for wanting to depict that day-to-day routine, I managed to convince a crew of four (including my sister) to join me on the high seas for five days.

You mention in the accompanying article on the NY Times, that you felt Mario was presenting somewhat of a facade, as a filmmaker how did you go about trying to break through this and what did you want your audience to take from the film?

Definitely. After our first day of shooting, I quickly learned that the Mario we had been following was not living the fantastical dream life as had been previously described by the media. Though Mario surrounds himself with throngs of anonymous tourists, he nevertheless is a private man who leads a relatively monastic life at sea to shirk away from the responsibilities that land-life would dictate.

Yet, even after watching stuff like Werner Herzog’s Masterclass (where he describes anecdotes of “cracking a human being open” from Into the Abyss), I found shedding all of my preconceived notions about Mario’s lifestyle to be the most helpful as we crafted a film that straddled the lines between subjective and objective storytelling. I’m not sure if we ever “cracked” him open (nor do I believe in the Herzogian method), but then again, I ultimately discovered that merely documenting what I perceived to be a fantastical façade – and how that façade grew legs and became a reality for Mario – to be more interesting cinematically.

Because of Mario’s lifestyle, the filming of The Happiest Guy in the World was restricted to locations on the cruise ship, what did this mean for production? Were these restrictions difficult or could you use them to your advantage?

Our shoot was a relatively difficult one, in that our presence presented disruptions to Mario’s usual routine (especially in attempting to shoot in incredibly tight places like his cabin!). We ultimately were able to find a way that would mutually work for the both of us — a process that involved us simply setting up shots in the places we knew he would eventually flock to. From there, we would attempt to capture moments of his day as unobtrusively as possible.

I wanted to portray Mario in a manner reminiscent to space-travel sci-fi films.

Aesthetically, how did you approach the look and feel of the film?

Rather than measuring shots by their independent aesthetic merits, the visual language of the film was developed by how Mario viewed his cruise-ship home. To do so, we chose to shoot the film anamorphically on steadicam to allow viewers to get closer to inhabiting Mario’s fantasy. Further, one of our chief intentions was to push beyond the headlines and local news reports that have circulated around Mario’s unique living conditions, and instead delve into his headspace. As Mario has been often quoted on the fantastical elements of living on a cruise ship, I wanted to portray Mario in a manner reminiscent to space-travel sci-fi films (a la Steven Soderbergh’s portrait of Clooney in his SOLARIS remake): untethered from our reality in a continual state of beautifully insightful, blissful ignorance. 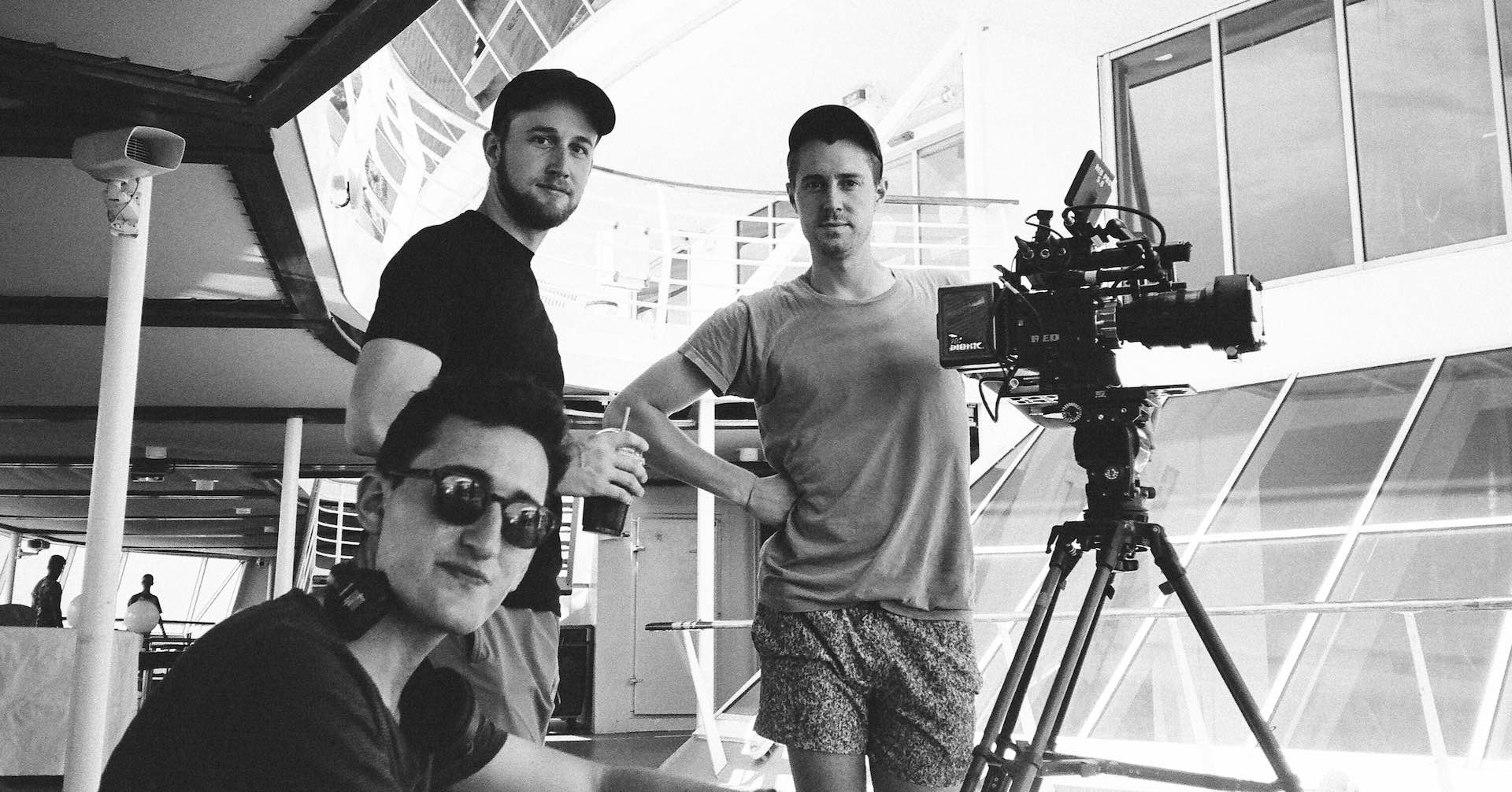 The film was picked up by The New York Times as part of their on-going Op-Doc series, what has this exposure meant to you as a filmmaker?

Beyond the heightened credibility the New York Times brand lends, the ability to work with the Op-Docs team themselves is basically every documentarian’s dream-come-true. The team functions as a post-production mini think-tank that constantly thinks about ways to push the films they take on in bigger and better directions. They’re an incredibly thoughtful bunch with wonderful taste, and constantly strive to not settle on producing journalistically-informed films that are tethered to a specific style. In having collaborated them on my past three projects, the team has helped me refine my voice on a much broader scale.

I’m working on two new projects: one that explores the largest retirement community in the world and another about the exclamation point.