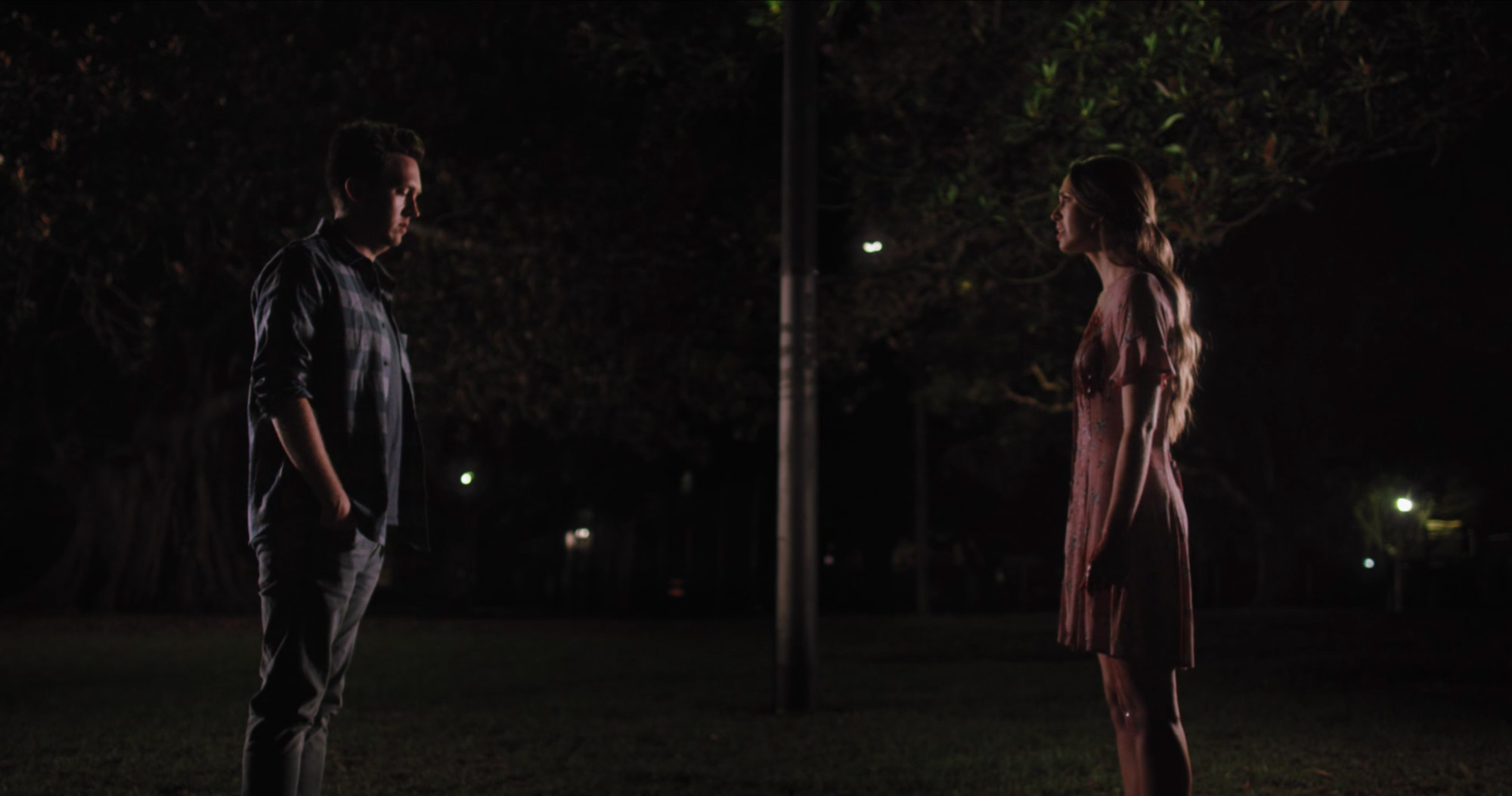 Mining the awkward consequences to be found in situations of unbridled honesty, filmmaking partners Joshua Calder (Director, Producer) and Melissa Brownlow (Writer, Actor) – working under the moniker of Australian collective Tinker – embark on the first of a series of thematically connected shorts with uncomfortable declaration of love comedy, Just Tell Him How You Feel. Taken with this mix of heartfelt emotion, deadpan delivery and gruesomeness, I caught up with Joshua and Melissa to learn more.

Where did the idea for this literal giving of your heart to another come from?

Melissa Brownlow: The seed of this idea was definitely inspired by a true event. Essentially I had taken a big risk and told someone my true feelings for them, only to discover it wasn’t reciprocated. Making yourself that vulnerable, and trying to be authentic like we all aspire to be, and then having that risk not pay off, is a pretty debilitating feeling in the moment. It’s as if you’ve taken your heart out of your chest for someone, only to discover that they are not on the same page as you.

A large part of what makes the short so compelling is that it’s played completely straight by both actors. Was that tenor of performance something which was immediately apparent from the start?

Joshua Calder: I’m a big fan of Christopher Guest’s work and I was listening to a podcast where Catherine O’Hara was discussing working with him. She was saying that all the actors try to play it as straight as possible and let the words speak for themselves. My favourite comedies are the ones that are played straight and I’ve just taken that as a directorial lesson from the greats.

MB: I think one of the biggest points that we discussed early on is how situations like this are never just black and white. There are so many grey areas when it comes to relationships of any kind, especially romantic relationships, and we wanted to be very honest and truthful in the portrayal of this situation. We wanted the audience to empathize equally with both sides, so it definitely was a deliberate choice to try and make the two characters as likeable as possible.

Despite it being a comedy, and the script having that awkward-uncomfortable essence, it is still seeped in a personal truth, which consequently made it a bit more tragic. Which is great!

The heart is a fully beating, squirtingly gruesome delight. How did you bring that to life and augment its ickiness with a very visceral sound design?

JC: I got in touch with a great creature effects guy named Stuart Rowsell at Bloodhound FX. Stuart had a heart made from silicone from a previous shoot with tubes stuck into it so you could pump air and blood through. We went in for a test day and it’s crazy how real things look with just a bit of blood! Our Production Designer Ara Steel had a clever idea of making a fake copy of the cement pathway so that we could run the tubes through it to the heart and she stayed off camera making it spurt blood, etc. On the day she chucked the floor down, put the tubes and heart through, dressed it with leaves, etc. and it worked a treat.

It’s crazy how real things look with just a bit of blood!

In regards to the sound design, the actual pumping of the blood is the real sound from set! It was the perfect amount of squelching and splattering so we kept it in and the sound guys masterfully beefed the beating of the heart and monitored the level throughout so it was always present and never distracting from the performances.

Just Tell Him How You Feel is the first in a series of films you plan to make together. What is that will link the series? Can we get a hint as to the concept of the next one?

We are both very interested in the idea of truth. The whole concept of being honest and being true to your feelings. But how honest is too honest? So, we’re hoping this film is going to be a part of a little anthology series based on the idea of honesty going wrong. Our next short, which we plan to film in June, is titled Cut the Cord and is centered around a toxic friendship, where one person needs to cut the metaphorical cord and distance themselves from a strained friendship.