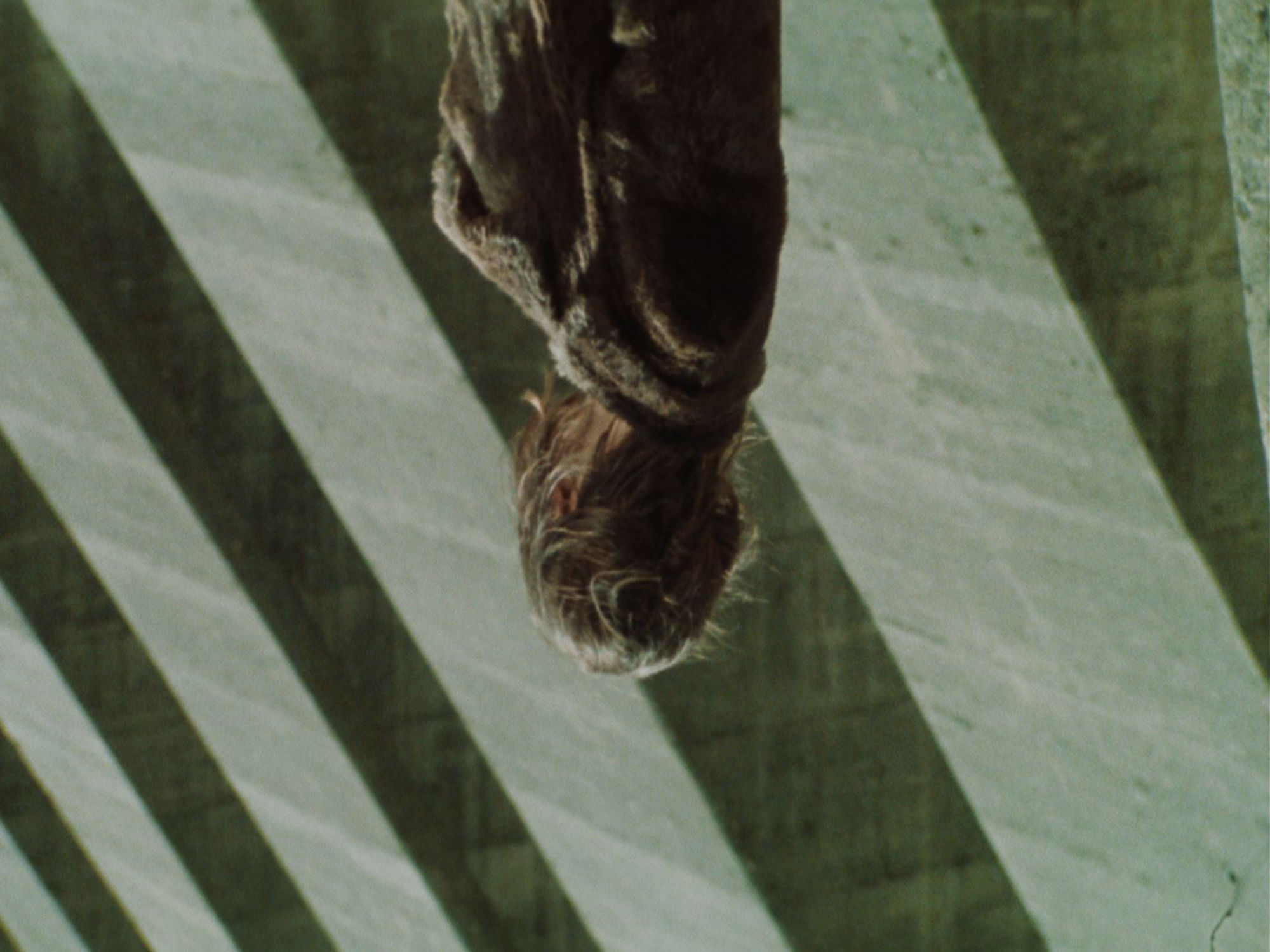 Described as “a visual essay on the death of the ego and the drift of the body”, Carles Pons Altimira’s otherworldly film Lust des Schöpfers, sees the Barcelona-based filmmaker collaborate with instrumental rock band Volans and Artist Marina Rubio for an ethereal contemplation on the desire to possess the unattainable. Carles and Marina join us today to discuss the creation of this enthralling piece of video art.

How did this experimental music video come into being?

Carles Pons Altimira: It started in November 2016 when the band contacted me with the proposal of a music video. From the first moment we decided to film with a 16mm camera, an idea that would give a lot of character to whatever came afterwards. The project started transforming very quickly and became an experimental piece, leaving behind the initial idea of a music video.

What were the initial roots of the concept and was there any trepidation as you progressed towards an unknown narrative destination?

CPA: This project is a collaboration between VOLANS (Lluís, Hug and Edu) and me in terms of concept and ideas. We sat together for a couple of sessions where we exchanged ideas and concepts. What the band knew for sure was that since they are three members and this will be their third project, they wanted to play with three different characters. This would be the beginning of our collaboration with Marina.

When we decided to build this three uncanny characters we thought that, if we could become a viewer through a 3rd character, more mystery would be brought to it, so we came up with the woman figure that becomes a part in the three-party story. The concept and the idea were simple, a dreamy voyage to eternity after the life that we know.

We agreed on making a unique piece of art that would try and get off the grid in technical terms.

Marina, could you tell us more about the symbolism behind the masked characters and how those designs evolved into their final forms?

Marina Rubio: The references used in the development of the masks depart from designs and forms linked, on the one hand, to ancient and traditional gowns of diverse places of the world, used in rites and popular celebrations, which called our attention because of their fantastic characteristics, the combination of materials, the surrealistic forms, as well as to artistic references from the world of the contemporary sculpture and the installation, associated with the new materialisms.

The initial idea was to generate three different prominent figures associated with three different landscapes. The character wearing the black tunic – made with synthetic fabrics and shiny plastic – was associating it directly with the monstrous architecture of the dam where we were filming. Parting from the intention of creating a mask of industrial materials, the black suggested coldness, aggressiveness and distance to us.

The character wearing the white tunic is inspired by the ancient masks; we associate it directly to the forest, looking for a contrast of color and also a coherence in regard to the materiality of the same one. The white character is made with white leather and fabrics of ‘tull’, we were looking for something like ‘Art Povera’, with slightly ostentatious materials. He is a character with a pacific and pleasing way of moving, although he shares a sinister appearance with the other two.

With the third character, the one wearing the grey tunic, we were compensating the scale, generating a figure that combines monstrosity and warmth. It has an animal appearance, powerful and wild; we associate this character with the river, obtaining a confirmed relation, on the one hand the hot and shaggy material that shapes it and, in opposition, the cold water of the river that waters it.

The three prominent figures provide mystery to the piece because of their alien identity, their absence of humanity. We have a recognizable body but the mask prevents us from knowing their intentions. The sinister thing, the unknown thing, atemporality are concepts that help us reach the unexpectable.

It was very important that the handcrafted part of the characters was recognized in the masks, linking the manufacturing process of the same ones with the analogical process of the filming. We decided to dress the prominent figures in tunics, handmade by Mar Medinyà. The costumes provide a phantasmagoric and supernatural characteristic to the figures.

The film makes use of several visually arresting locales, how did you find them? Did you face any challenges shooting there?

CPA: Hug, the guitarist of the band, showed us a picture of the dam after telling us that his family had a house nearby. The area where the dam is is part of a National Park so we thought that all around that dam would be wild nature, perfect for what we wanted. The challenge was that this location was four hours away from where we live, so we had to go with a small team as that was a small project.

Shooting in a National Park is a huge gift, you have a lot of priceless frames but we faced bad weather conditions that forced us to change our shooting plan. In the end, everything came together.

Given your conscious decision to move away from a conventional music video structure how difficult was it to form the final film in post?

CPA: The members of the band were very open to giving me artistic control on the final piece. They never wanted to have a conventional music video so we agreed on making a unique piece of art that would try and get off the grid in technical terms.

The band decided to get away from the typical song and try to make an experimental music soundtrack, made especially for the images. They collaborated with Simon Smith, a film composer, with whom they worked during three whole days, recording the music with analogic tools.

The project has been a huge effort, both from the band and the rest of the project members, but even though the process has been long and intense, the expectations have been fulfilled.