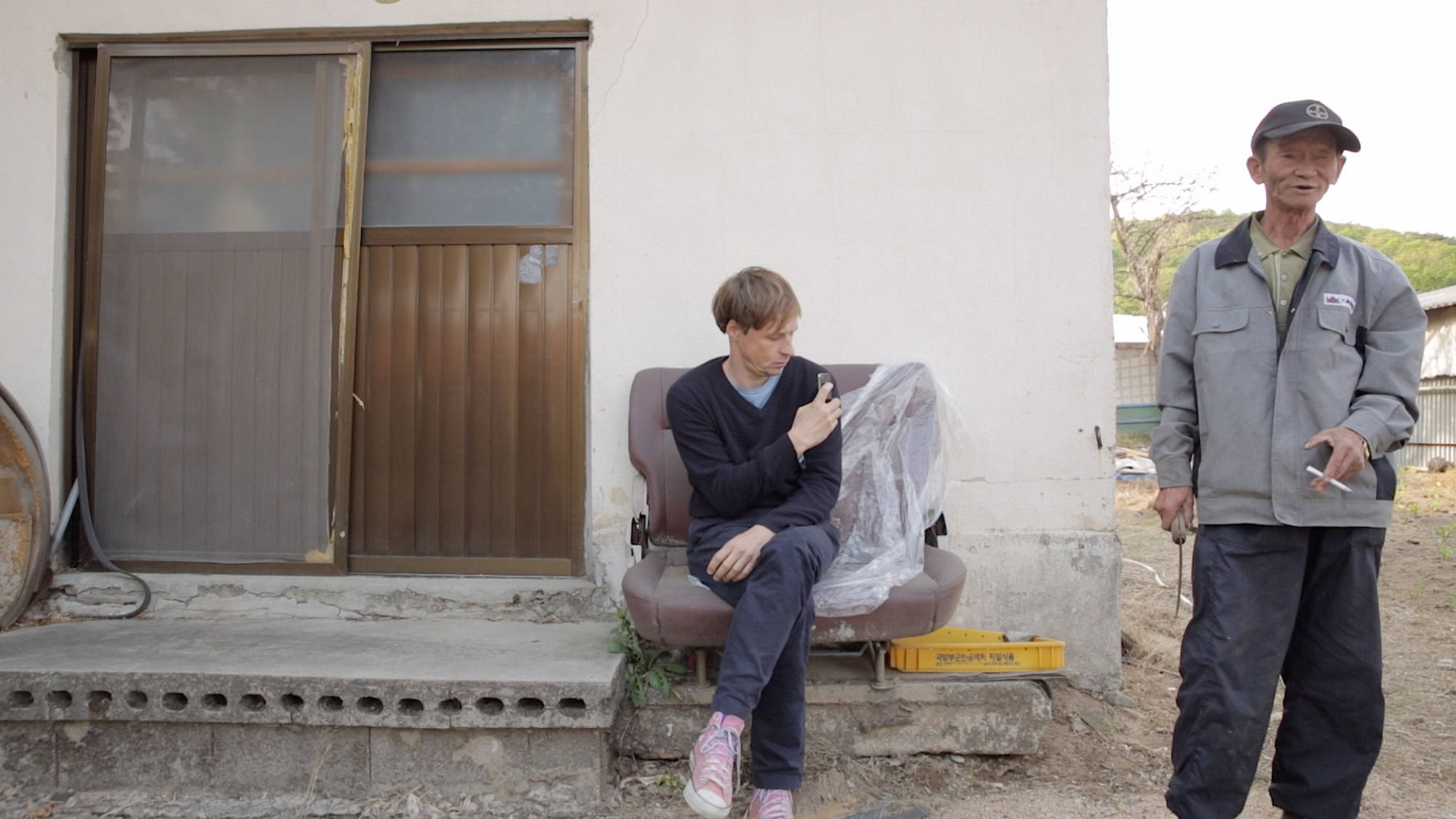 A documentary project commissioned by the Goethe-Institut which was initially screened on German television and assembled by the station’s editorial department, Nils Clauss’ (last seen on DN here) Art Attack, captures the cultural values clash which occurs when a group of international artist take part in a residency programme in a small South Korean village within the shadow of the Demilitarised Zone. Reflecting on his reasons for embarking on a director’s cut and the experience of recontextualising the footage, Nils says:

“I was not involved in any of the post­production after I handed over the footage to the German TV station. Needless to say that the film which had been aired on TV has not been the story I experienced myself. I am truly thankful to the Goethe-Institut that they supported an alternative and hopefully more truthful second version of the film.

The first cut I came up with was 54 minutes. Obviously, that first version felt too long and too fragmented but it enabled me to reduce the film to its core elements and leave only the elements which helped to communicate the necessary story. It was definitely not easy to sacrifice 33 minutes of footage. I was attached to some parts since I thought they were funny or visually pleasing and it took me a while to realise that they necessarily don’t add value to the story of the film.”