Few things in life hit you as hard as the loss of a parent, after all they’re the people who not only usher us into this world but fundamentally shape our sensibilities as we move through it. With an emotional depth not typical associated with music videos, Robert Nyerges’ Pops for hip-hop duo THEY. tells the story of a teenager struggling to contend with his overwhelming feelings of loss whilst remaining stoic during a funeral. Below Robert shares how the film’s themes were informed by personal history and how the process of creating Pops became a cathartic experience for all involved.

The initial concept for the Pops video came from Dante Jones, half of the artist THEY. alongside Drew Love. Dante sent me a really touching brief about the grief he so vividly remembers feeling while attending his mom’s funeral, and the struggle of trying to quell those emotions to remain solemn and strong – to save face for his siblings and cousins who looked up to him. Dante’s mother passed of cancer when he was only a teenager. In his brief, Dante also described a moment after the funeral that has stuck with him in which one of his mom’s friends pulled him aside to try and impart him with some life wisdom.

Losing a parent at a young age was something that resonated deeply with me as I lost my mother to an illness when I was a teenager too. There was a cosmic connection in our shared loss that allowed Dante and I to work really closely to bring this project to life. The concept was certainly his own but the emotional impact I tried to infuse was definitely from a place close to my heart as well. The label Mind of a Genius and Warner Bros. Records were really generous and gracious in giving us space to be creative. They were supportive of us both telling the story we wanted to tell and how we wanted to express it.

Ultimately the goal of this video was to elicit from the audience an appreciation for what we still have in this life. Despite losing a loved one, we wanted the message to be more hopeful and positive. To achieve this we knew that we wanted to try and really drive home a gut-wrenching moment in which our world is flipped upside down – this is the moment we realize that in fact, it wasn’t the dad who died, it was the mom. This was our way of allowing the audience to understand the shock we experienced when first learning of such devastating news.

In the film, we tried to establish two separate timelines – the present, which was the funeral, and the flashbacks – the memories of our young hero boy being with his family. We wanted to evenly disperse the amount of screen time any given parent had so as not to show our hand before the reveal at the end. Some of the memories were Dante’s own and some were crafted to represent the family dynamic we wanted to illustrate. Although the song itself touches upon the complexities and hardships one might have with a parent, it was important to us not to negatively reflect either parent too much, despite any adversity they may face. We wanted to depict a loving environment with their natural ups and downs.

The goal with this video was to elicit from the audience an appreciation for what we still have in this life.

The production itself was forced into a very tight timeline. The period from concept stage to delivery was only about three weeks. The video had to be delivered in time for release ahead of Father’s Day weekend. For such an emotionally weighted film, I knew that Cinematographer Paul Theodoroff was a perfect fit. Paul and I had worked together previously and really clicked as collaborators. Paul and I share such a shorthand and the trust in each other of knowing what the final product should be that I can be way more hands-off with the technical side of things and really focus on the actor’s performances and the narrative.

Thanks to the incredible generosity of Panavision we were able to work a deal for an Alexa Mini package with Panavision C-Series anamorphic lenses. Paul and I love the aesthetic of anamorphic as it helps to enhance to cinematic quality of any project and thus the inherent emotional value along with it. The C-Series glass were really superb in this capacity for their softness that really aided the empathetic focus we had on our main character – the hero boy.

To distinguish the present timeline from the flashbacks, we chose to shoot all of the present funeral elements at 48fps on Steadicam. Our Steadicam Operator Nick Muller did an excellent job of influencing and adhering to the pacing we were bound to based on key points in the song. For the flashbacks, Paul operated everything handheld on an EasyRig in real time. I think the juxtaposition worked well and helped to separate the two worlds nicely. The exception to this rule was the prologue and the epilogue in which our hero boy listens to the family friend giving him a bit of wisdom.

I couldn’t have been more pleased with the casting of this project, too. Luckily all of our first choices were available and interested. I was really thankful this process went smoothly on such a short timeline. The actors were all incredibly gracious and supportive of our vision. We didn’t have any rehearsal time but they managed to use all available downtime on set to connect with one another and really get into their characters. 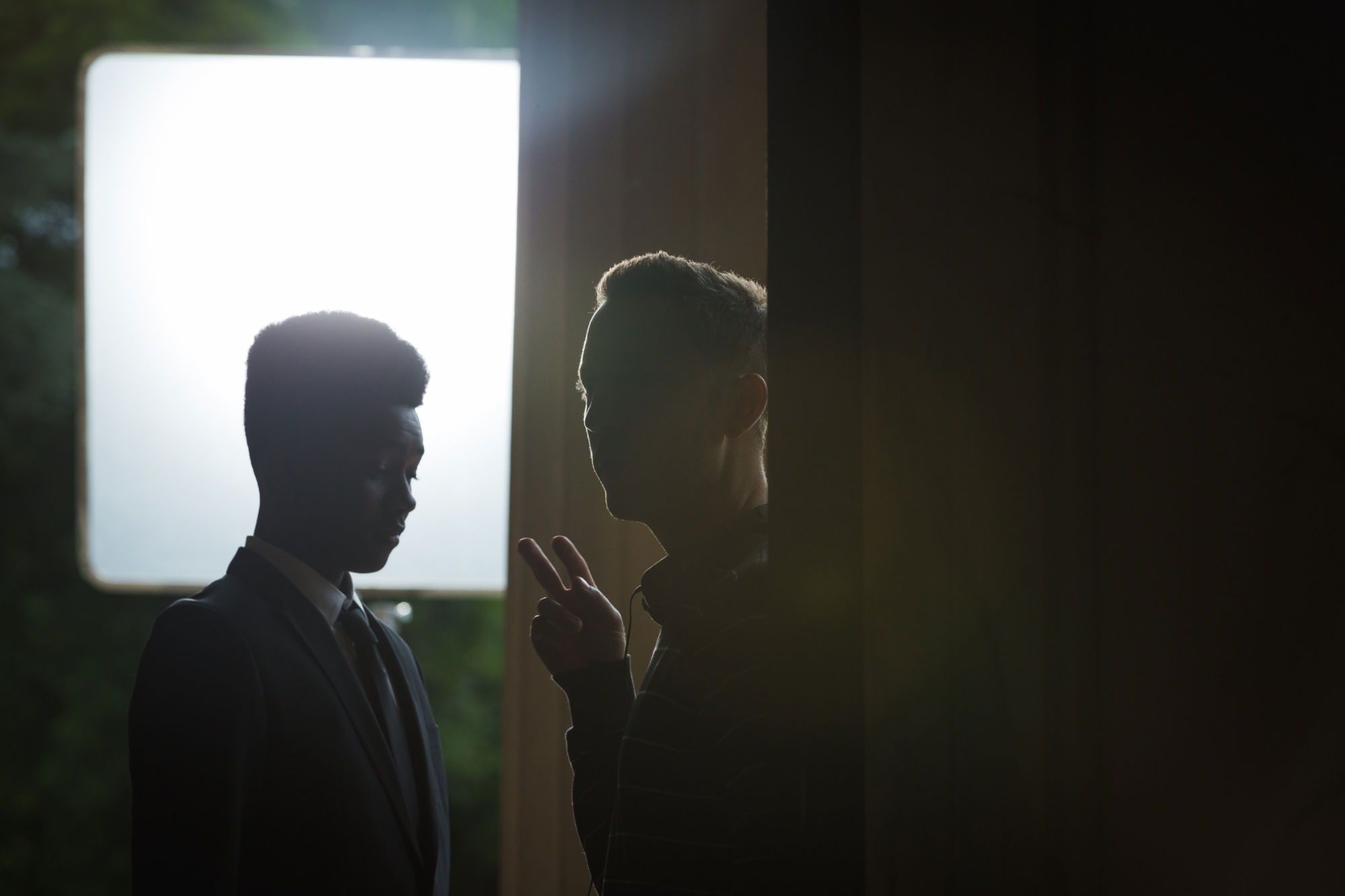 Although the funeral scene was very systematic, the flashbacks were much more improvised. I knew what we needed to capture and how we needed to capture it, but I also wanted to create a safe space where the actors could play off each other and create moments that felt more genuine.

This film was shot in one day at the Mountain View Cemetery in Altadena as well as a residential location nearby, which was actually our wonderfully talented Production Designer Laura Barr-Jones’ house. We tech-scouted ahead of time so that we could maximize our efforts on the shoot day to make sure we were able to get everything we needed.

Completing a project that’s as close to my heart as this one was always feels a bit cathartic.

In post, the edit came together quickly and easily and we only needed minor revisions to agree on a locked cut. Colorist Bryan Smaller at Company 3 Los Angeles really helped to round out the visuals and make everything cohesive, meanwhile Sound Designer Zak DeVries put the finishing touches on our dialogue scenes that bookend the video.

Thankfully, completing a project that’s as close to my heart as this one was always feels a bit cathartic. I know that for Dante, Drew and I sharing this story helps us to express ourselves as artists and to alleviate some of the burdens we’ve carried in a way we might not otherwise be able to. I’ve dealt with my own issues through previous projects and with time but I know this was a tough hill to climb over for Dante and I’m really proud to have helped him make this a positive and fulfilling experience.

Seeing people’s reactions through YouTube comments or other social media is also rewarding knowing that others can relate to our experiences and that this project offers a collective free space to vent and share our feelings about a difficult subject that we’re all likely to experience at some point or another.