Taking inspiration from those tumultuous teenage years, The Hunger (Gutten er sulten) tells the story of a young man naively getting mixed up in criminal activity whilst chasing a desire to achieve society’s masculine ideal. What I love most about this gritty gothic tale is Kenneth Karlstad’s strong stylistic approach, alongside The Hunger’s use of magical realism which makes it stand out as a fascinating and distinctive film. I picked Kenneth’s brains to discover how he found such a talented young actor and the nature and evolution of his personal style as an artist.

Where did the inspiration for The Hunger originate?

It’s a glamorisation of some very bad but very fun things that happened during my teenage years. I had a lot of questions as to why I and many of my friends started seeking out trouble and danger in a criminal environment of my hometown. We were these well brought up middle-class kids who just went bad and stayed bad for some years before we grew out of it (kinda). And during those teenage years, I often fantasised about making a film out of it one day, and that’s what I did.

Talk us through your use of colour, music and varying aspect ratios and how you manipulated these to create the atmosphere and style you desired?

Many of the scenes came to me as music video ideas. I had the story in the back of my head while walking around listening to music and then suddenly there was a scene that popped up. Like the scene in his bedroom and the scene where he enters Peggy’s house. So I had to try and connect those music video-like scenes and that led me to the idea of having this very subjective style that invites the audience into the mindset of the main character by music, colour and aspect ratio trickery, rather than explaining his motivation through dialogue or action. So the rule behind every creative decision was that everything has to come out of the main character’s subjective experience.

What are your thoughts on the presence and development of style for an artist?

This is an interesting subject I think, style is such a great value in this business. I like to let my ideas and intuition be the frontrunners and then my signature is just unavoidable. To me, that’s more real than watching other people’s stuff and trying to follow or get ahead of what’s popular now. Watch and read what most people don’t watch and read and go with your intuition, in that way your style comes automatically and not forced. The Hunger was to me a style manifest, I took everything I was inspired by and blended it in. It’s pretty clear to see the inspirations in various scenes, but it’s mixed with something that is strongly personal to me, that’s what’s most important when it comes to style, I believe.

Watch and read what most people don’t watch and read and go with your intuition, in that way your style comes automatically and not forced.

Where did you find such a talented actor and what was the audition process like?

I found him in Sarpsborg, my hometown and Norway’s New Jersey. There is lot’s of talent there. We went to schools and picked out students from the yearbooks, cause most of all we wanted a face and an attitude. Henrik had both and he was really good at delivering written lines and taking very specific technical direction, a dream really. We moulded him as if he was a clay figure and he delivered. He’s gonna be a rock star over here pretty soon but he told me he mostly wants to work in construction. 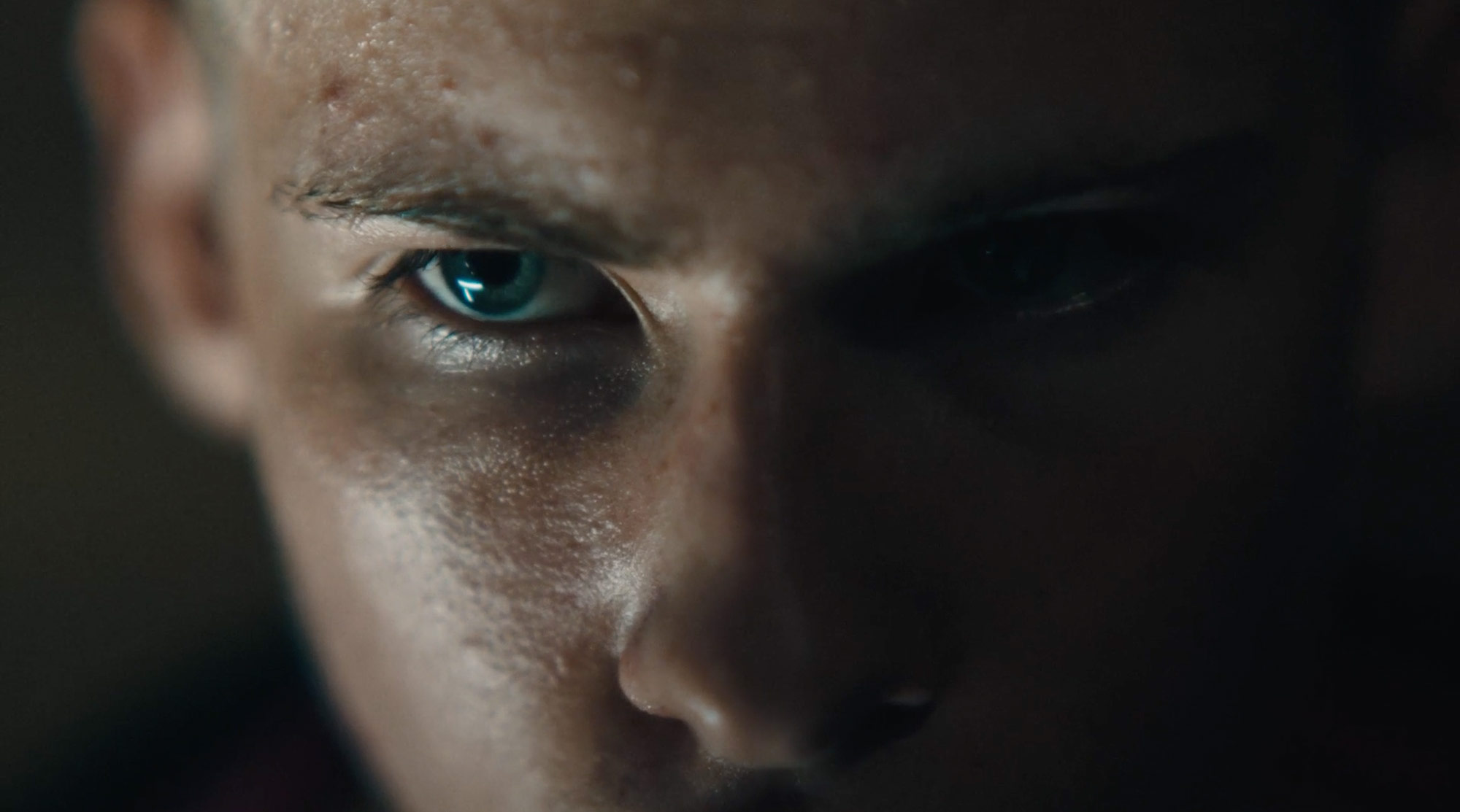 What’s your starting point when writing a script and how does a story then develop through your creative process?

It depends a lot on the project, but in general, I do a lot of rewrites. Even changing the whole story with its characters and location and so on. Ideas come to me through music and a certain atmosphere. At first, I have no idea what it is. It’s often just a subject in a certain environment, often threatening ones. And it’s like I have to guide myself through this weird mist of inspiration, wants and needs.

I often listen to music and walk round and round my building and write images on my phone. Then I try writing various drafts of treatments while I research the subject that I’m locking in on. Often the story is just too big and I want to fit in too much so when I convert it into script form I trim it down to what scenes I find intriguing to write. And then I write intuitively with all the research far back in my mind, maybe using hints of it in the set design rather than having action that comments too much of the thematics. So I research, throw it all away and then write intuitively.

You have gained notoriety from various film festivals, what’s your advice to directors attending film festivals for the first time?

I attended some of them. Sitges was really cool, maybe the funniest festival I’ve attended. My advice is to hang out with the people you think are cool and fun to be with and then everything will be ok. And choose the programs you attend carefully cause they will poison you, you only need the right poison.

I’m shooting a short film next week! A horror this time. It’s about a girl having a sleeping disorder who struggles with separating dreams from reality. And then some commercial work while we’re also developing a drama series concept out of The Hunger. So be prepared, pump some iron.