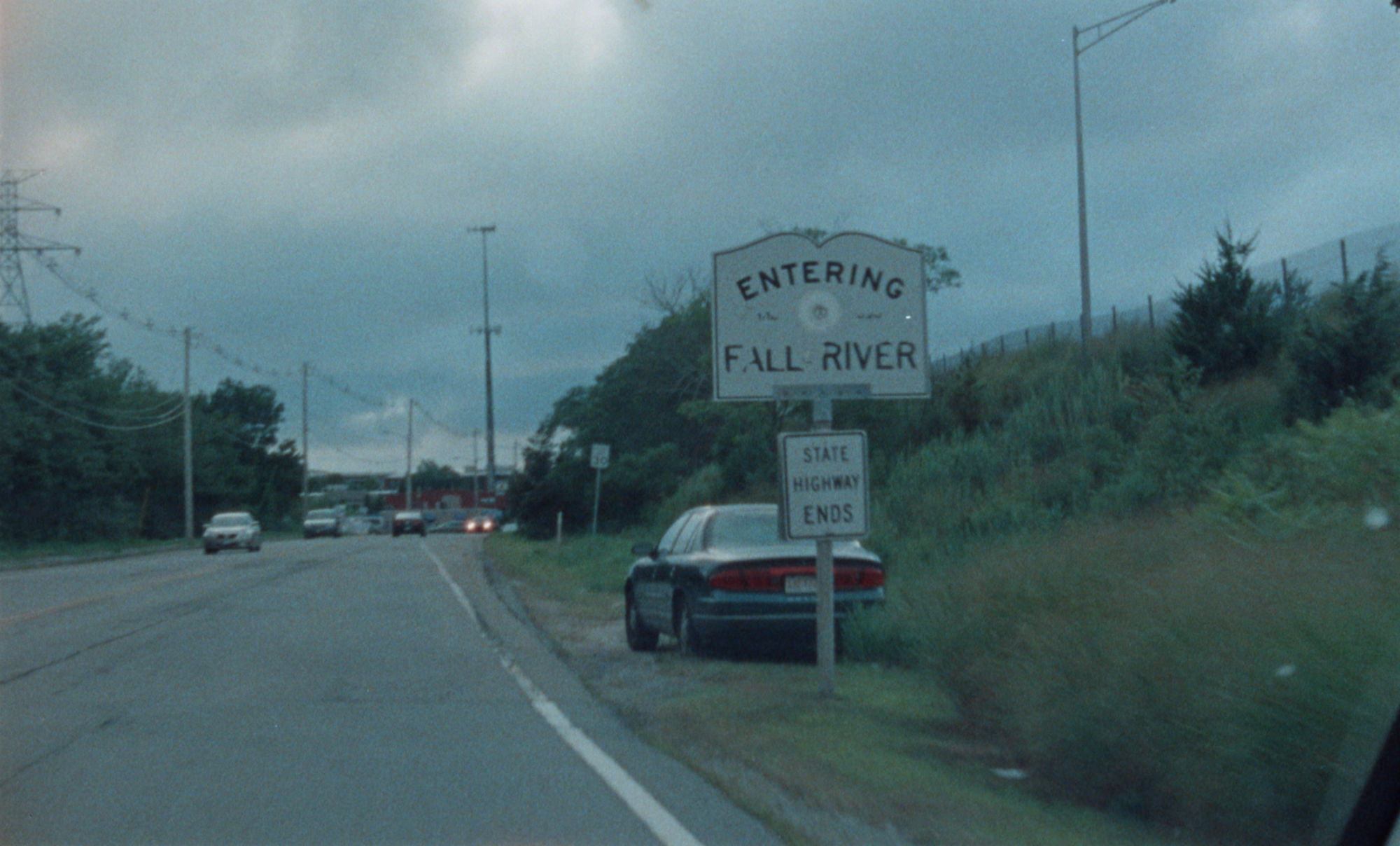 It’s strange, as a teen I got out of my hometown as fast as I could and never looked back, yet if someone maligns the great city of Bradford, my immediate instinct is to defend it with all my might. Finding his hometown of Fall River named the fifth worst city to live in America, Pat Heywood headed back with filmmaking partner Jamil McGinnis (Jamil & Pat) to document the city as he knew it. To coincide with Fall River’s online release today, DN asked Pat to tell us how Jamil’s outsider’s perspective and a few fortuitous discoveries along the way turned this film from a rebuttal documentary into the personal story of a family’s tragedy, their once-thriving hometown, and how hope can blossom in unexpected places.

The inception of the film was this article via USA Today from a couple of years ago, which is quoted in the film. I found seeing my hometown listed as one of the worst places to live in the entire country pretty jarring. I’ve always known I wanted to do some sort of project featuring the town. Jamil and I were looking for our next project, so I suggested we go to Fall River. I told him about the history of the town, how it used to be one America’s thriving cities and where it’s at now. He’d never been to Massachusetts, so I was curious what his impression would be. We scouted in May 2017 and he found it to be as fascinating as I had hoped he would.

I found seeing my hometown listed as one of the worst places to live in the entire country pretty jarring.

We decided we’d go back with a camera and film the city as we saw it; just see what we end up with. Because we didn’t necessarily have an angle yet, we decided it would just be the two of us, without a crew. Let it be a journey of discovery for us. And the city is in a pretty sensitive place right now, so we wanted to keep as low of a profile as we could, purely out of respect. We didn’t want people to think we were trying to exploit.

We opted to shoot it ourselves on an Arriflex 416 with some funky vintage Zeiss Super Speed lenses and an Easyrig. That was really it. We had four 400ft cans of Kodak stock, so we only had 44 minutes we could film over the entire weekend. We knew it was going to be shaky and flawed (like the town and, frankly, my family’s personal story), but we decided to embrace that rather than fight it, letting the film be the POV of somebody coming back to their hometown and making a home movie, which is really what it was. We decided on Super 16mm because it’s the only way we could imagine the city photographed when we scouted it. Jamil and I were both working full-time jobs so we left late on a Friday, shot Saturday and Sunday, and drove back to New York on Sunday night.

The only thing we knew for sure was that we wanted my grandmother to narrate the film, whatever it was going to be, over a phone call. Like I mentioned earlier, I grew up in Fall River. My mom and I lived in a small Section 8 apartment together. She died when I was eleven. My grandmother Margaret, my mom’s mom, has many, many memories, good and bad, around the city. She is 85 now and was born, raised, and lived almost her entire life in Fall River. She was an alcoholic, now sober 40 years. She’s lost two husbands, lost her two youngest children, and has had her second oldest kid in and out of prison his entire life. Once she got sober, she worked as a social worker in the city for more than 30 years. She raised me after my mom passed away and has really been my second mother. She has lived so many lives and has seen Fall River through its best days and its worst. Her story has always been the story of Fall River to me.

A week after we filmed, we interviewed and recorded her for a couple of hours over the phone. During the call, we tried asking historical questions about the city, but her and I kept bringing the conversations about the town back to herself, her and I, and our relationship. In the middle of the call, we realized that was what the film was going to be. Her story. It only made sense to morph the film around that so on the fly, we changed direction of what the film would be, letting the story dictate the content.

The VHS footage was not only part of the same story as the stuff we’d already shot, it was going to be the spine of the film.

On that call, she told us about the VHS tapes you see in the film of me and my mom which I had never seen before. We got them digitized and that was when we truly realized what the film was. The VHS footage was not only part of the same story as the stuff we’d already shot, it was going to be the spine of the film. After that, it became us reverse engineering a film with our Editor Katie Turinski, connecting the VHS and the film footage with my grandmother’s story. At some point in the process, we realized we didn’t have to provide answers to questions about why Fall River is the way it is or what that means, just asking was more powerful. Memory, time, and what does it mean to be from somewhere? 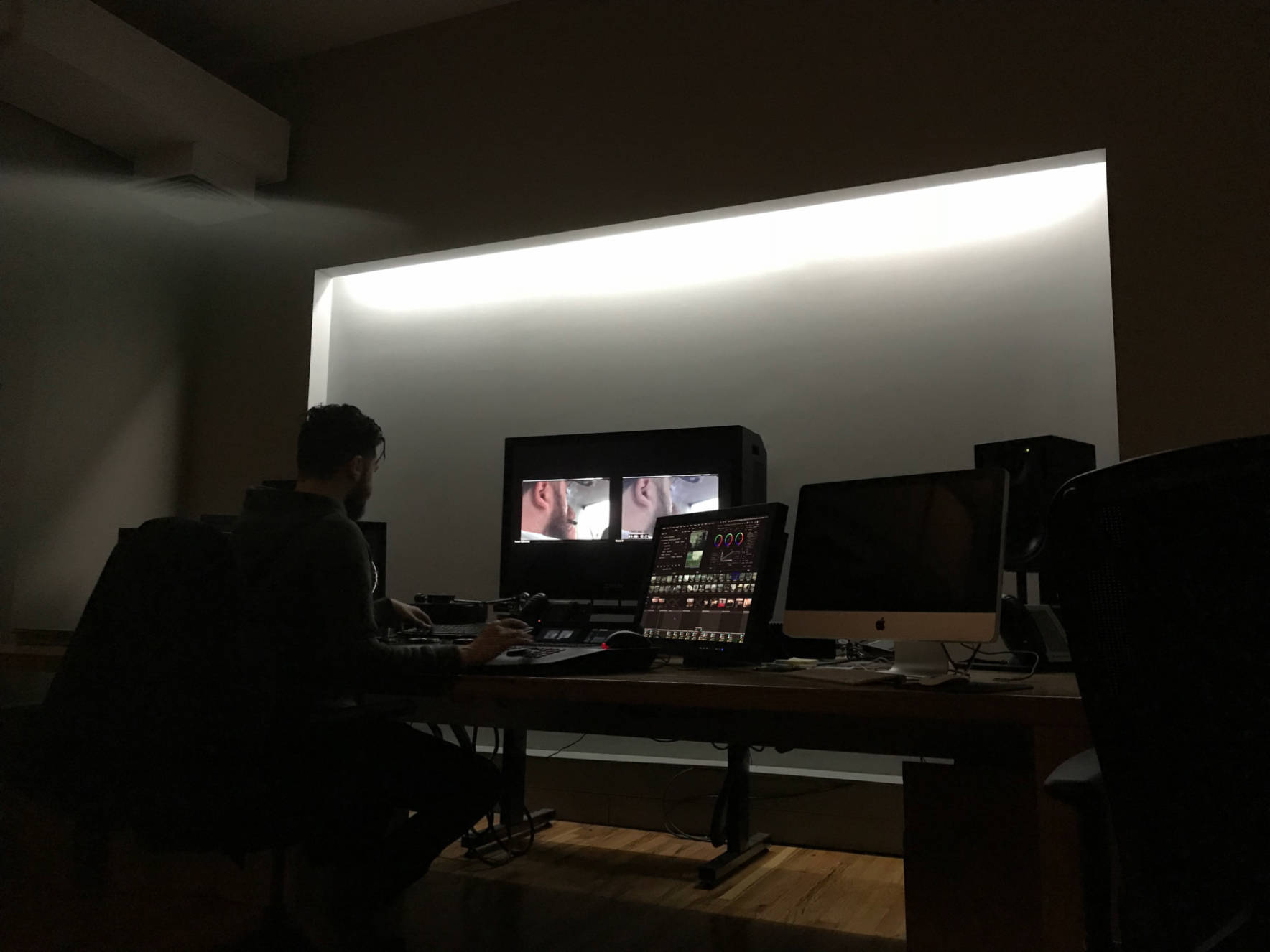 It took us a pretty long time to edit on and off from September 2017 – February 2018. Jamil and I were working full-time jobs at the time as well as working around Katie’s schedule and really didn’t want to rush the story being done so we were all willing to be patient to get it right. Having the dual perspectives of my personal attachment to the material, mixed with Jamil’s objective, fresh view of the city, gave us this really interesting blend of perspectives. The film needed both. We wanted every image to make sense next to each other. So yeah, lots and lots and lots of trial and error (and tears from me, hah!). We locked edit in February, colored graded and scored in March/April, then finished at the end of April. Since then, we’ve been circulating around the film festival circuit, which has been really fun and rewarding.