Have you ever found yourself in a situation where you know you shouldn’t look but the scene unravelling before your eyes is far too compelling to break away from? That’s the experience I had watching Rachel Stubbings heartbroken actress as her emotional pain drips, then floods out during an audition which is equal parts funny and uncomfortable in short film Whenever You’re Ready. Written and directed by Craig Ainsley, I spoke to the London based filmmaker about setting Stubbings’ transfixing performance as the film’s anchor point and turning a once dormant idea into this brilliantly ‘too painful to watch’ comedy.

Watching Rachel’s emotional debris come spilling out is such a guiltily captivating experience, is this a story you created specifically with her in mind? How did the script develop?

It was actually an old idea that wasn’t going anywhere. Then I had the idea of writing it for Rachel and it came back to life. It’s an odd, sad premise and I felt like she could pull it off. What I liked about the idea is that it’s someone’s internal world spilling out. It’s that thing where you kind of surprise yourself. Your real feelings bubble up so much that the damn breaks and then you’re mouth is open and words are just coming out.

It’s a weird mix of sad and funny and I wanted to do it without it feeling forced. I wanted it to be real.

I wrote the script with Rachel’s voice in mind then sent it to her. I didn’t hear back and I assumed she just thought it was too personal and weird. But then she wrote to me saying that she had just found out her ex had moved in with his new girlfriend, and she’d spent the weekend texting him emojis with no response. So she was like ‘yes, I can do this role’. Then the ball was rolling. So I got in touch with Kate O’Sullivan to play the casting director. I’d been looking for a role for Kate for a while and this seemed like a perfect match. 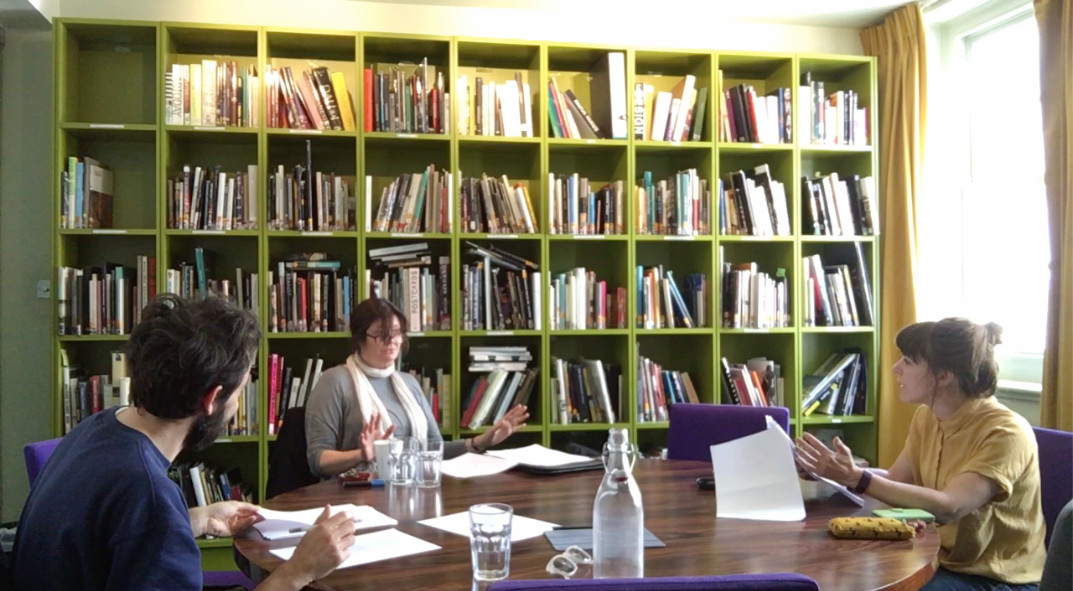 Kate, Rachel and I sat in the library at Blink and did a couple of read-throughs, where we figured out how the script worked. To be honest, I wasn’t sure it would work. It’s a weird mix of sad and funny and I wanted to do it without it feeling forced. I wanted it to be real. Listening to Kate and Rachel read through it was a big relief and really funny. And their delivery and little improvisations helped me to go away and make the script better.

What was your approach for making the most of casting room location whilst expressing the inner turmoil and awkwardness of the situation through the cinematography?

I was lucky enough to get Eoin McGloughlin as DoP. We agreed to shoot it in a hand-held style. A style that would kind of mirror the inner world of the character as she begins to unravel. I really liked this idea because it felt like all the parts of the film would be working together. We shot it on the Arri Alexa and did really long takes where Eoin would kind of obit Rachel and respond to her action and find the nice shots.

How long was the shoot?

We shot the whole thing in one day. We just chose a Saturday when everyone was free and went for it. The fact that it was only one location helped. I wrote it to be achievable. The crew was amazing. Everyone was really into it. I was really lucky. I had a great actor, James Oliver Wheatley, come in really late to play the producer and he gave us some brilliant reaction shots. It’s so cool when people come together to get involved in a creative project like this. We made it with a very small budget, so we were pulling a lot of favours from talented friends.

Are there any elements of this project that you see yourself taking forward to future films?

Maybe. A couple of production companies are interested in how the character would work in a series. We’ll see.