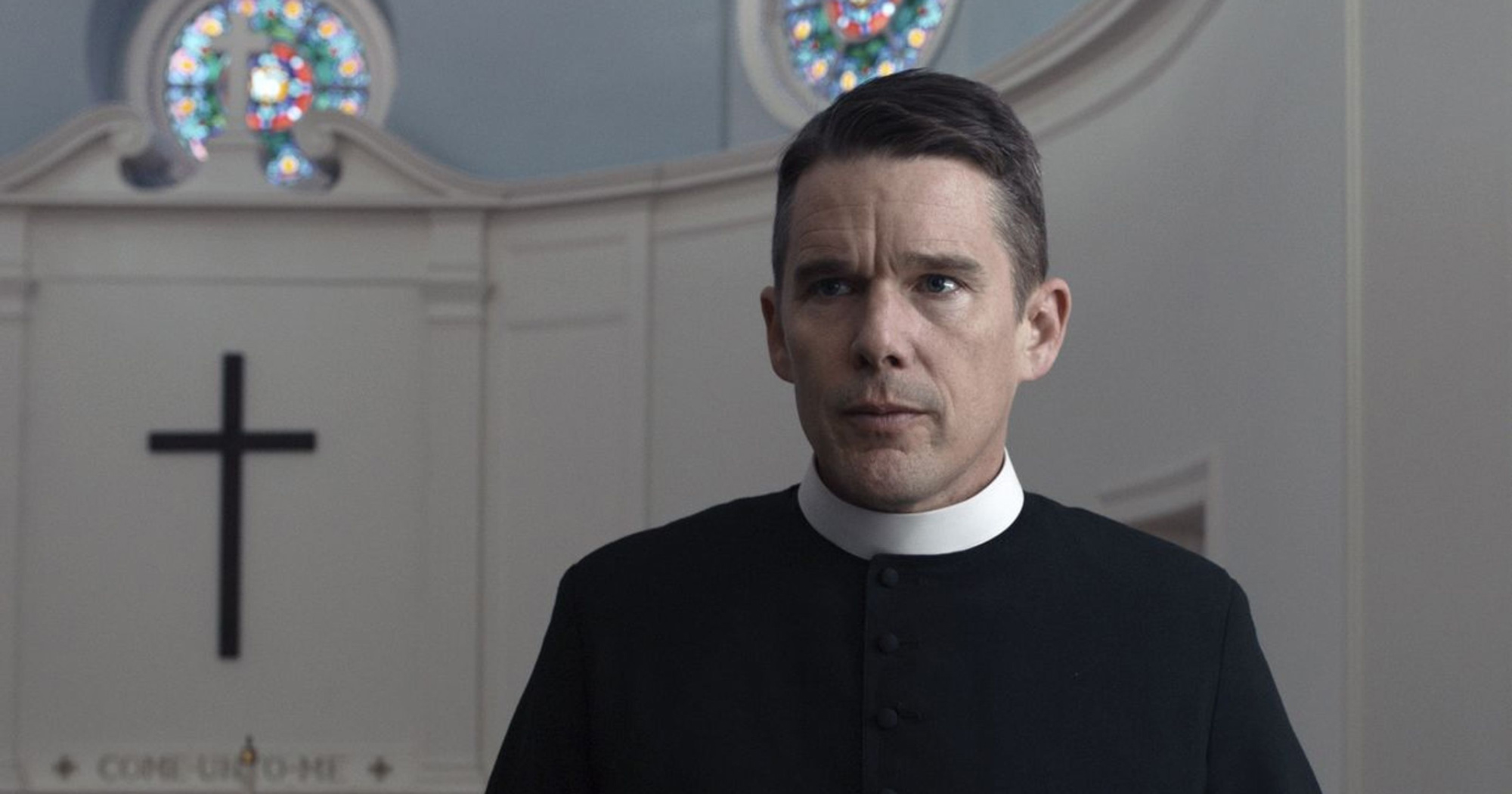 As is traditional around here, over the past few days Team DN has collectively offered up 40 films which we each feel represent the best of 2018’s crop of features. A tall watchlist order we know, which is why we’ve cast our votes to create this significantly more manageable list of the 10 feature films you should definitely make it a priority to catch up on.

As someone who watches a lot more shorts than features nowadays, it’s exciting to see directors you love from the short film arena try their hands at something longer. Released back in 2012, Emma De Swaef and Marc James Roels Oh Willy… is up there as one of the best shorts I’ve ever seen and their follow-up Ce Magnifique Gâteau ! (This Magnificent Cake) is as good, if not better. An anthology film set in colonial Africa, this 44-minute piece once again takes the pair’s distinct animated style and weaves a fantastical tale of Kings, Pygmies and Explorers. [Rob]

Some of the best cinematic images this year can be found in this utterly incredible film that is a masterclass in using time to tell a story and how to make an audience work, while providing aural and visual stimulation that keeps you hooked even when you can’t fully grasp what’s happening. It’s rare to be so assured and so confused, so overwhelmed and drifting at the same time. [Neil]

OUTSIDE IN | Lynn Shelton

The biggest gut-punch of the year. Lynn Shelton is unflinching in her realisation of a man who is experiencing adult life for the first time in his forties. Necessarily awkward and uncomfortable, this is indie cinema at its bravest and most beautiful. [James]

Eugene Jarecki’s frenetic Elvis documentary The King takes Presley’s old Rolls-Royce on a road trip across modern America as the director uses the late singer’s life as a metaphor for the death of the American dream. A poignant road movie that combines a traditional account of an artist’s troubled life with a more unconventional examination of culture and society, Jarecki’s doc is an insightful, thought-provoking and wildly entertaining watch. [Rob]

I’ve previously confessed my propensity for including any new Lanthimos film in my year-end roundup but damn does The Favourite belong here! Featuring Rachel Weisz and Emma Stone circling each other like acerbic sharks, vying for the bloody prize of being BFF to Olivia Coleman’s needy Id-driven Queen Anne, it’s definitely one of his best yet. [MarBelle]

There are a number of reasons Panos Cosmatos’ Mandy sits top of this list. From the Jóhann Jóhannsson score to the practical FX, chainsaw duel and demon-biker henchmen, this film has it all. Most importantly though, Nicolas Cage is back to doing what he does best – going batshit crazy. I’ve always been attracted to bold, inventive filmmaking and Cosmatos’ film is just that. It’s like nothing I’ve seen before, an unshackled monster of a movie fuelled on LSD and Heavy Metal…what’s not to love about that? [Rob]

Of the countless onscreen interpretations of the Spider-Man has there ever been one as visually inventive, character-rich or just plain fun as Into the Spider-Verse? A definitive NO is the answer you’re looking for! While I was excited about Miles Morales taking up the friendly neighbourhood mantle, seeing him come into his own alongside, and with the help of, his multi-verse counterparts was an experience that threw into sharp relief how much more we should have demanded from our onscreen heroes. Plus that Stan Lee cameo was the perfect send-off. [MarBelle]

I knew within 10 seconds I was gonna love this movie. The look and the Jonny Greenwood score (which also made my top 10 records of the year) just floored me and rooted me to my seat. The following 90 minutes watching the world’s greatest living actor do his thing, were just perfection. This is a thrilling piece of genre filmmaking that also contains multitudes regarding the modern human, and in particular masculine, condition. There’s no doubt this will be seen as a masterpiece in years to come, even if people have been criminally slow to recognise it since it came out earlier this year. Ramsay is a master and vying with Barry Jenkins for PTA’s crown in my cinephile heart. [Neil]

The best romantic comedy of the year. My favourite living filmmaker does it again. It might seem like this is a world away from his previous work but scratch deeper and the same themes, formal inventiveness, black humour and cinematic reverence and imagination are rife. If this is Day Lewis going out, what a finale, and what joy that we are left with Vicky Krieps to fill the hole left by his absence. [Neil]

Ethan Hawke has described the first time he read Schrader’s script for First Reformed as the equivalent to hearing an old lion’s roar. A metaphor which couldn’t be more apt. From the cinematography to its thematic bravado, this is Schrader’s call to arms. An ode to cinema’s greats and a searing portrait of the radicalisation of the human soul. One size fits all. [James]