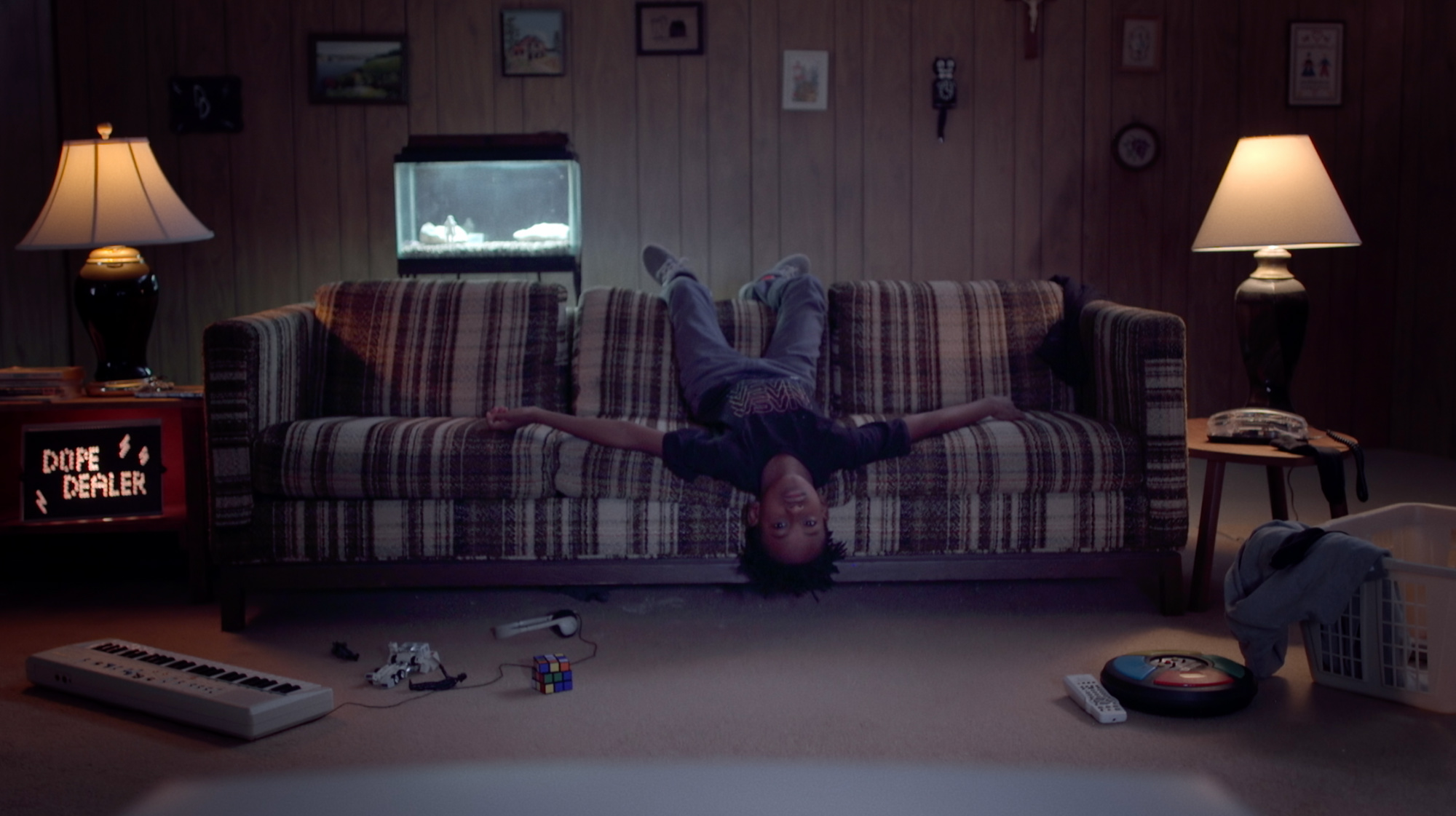 The bass thumping story of a warlock rapper and his siren girlfriend who invade the mind of a young boy infecting him with the irresistible urge to spit lyrics, Loose Lips for Indiana Rome sees Director Sean Kirkland and DP Seth Donnelly take their maiden vogue into the realm of promos. Check out the video below, after which Sean tells us how after deploying some practical effects ingenuity he and Seth caught the music video bug.

This was the first collaboration between DP Seth Donnelly and I and it was an amazing project to work on for our first music video. The concept is a young boy watching too many hip hop videos on TV and they end up completely hijacking his mind, controlling his every move. As the story progresses we see the young boy and the adult artist merging together and we realize that he may represent the childhood of the artist.

Production was broken up into three separate shoots and with a limited budget, we had to make each one count. The first location was storage locker selected specifically for its clean look with black ceilings and LED strip lights. We were going for that 90s music video wind tunnel feel so we used a Ronin on a ready rig with a wide lens to create that feeling of movement. The second shoot was backlit with a large scrim and we got up close with our female vocalist with Canon Cineprimes on an FS5. We tried to keep continuity with the white walls in the previous shoot by using heavy white eyeshadow on our talent.

The third shoot was the big one that held the whole story together. We shot in studio with the intention of creating a vintage home basement. We tried to incorporate lots of layers and textures including the snow gecko and the tiny details of the young boy’s environment. Color was something that we discussed a lot and even though there was a lot of beige and brown, we tried to keep our black and white palette very prominent throughout within the details.

Seth and I were adamant about creating practical effects in camera.

We dressed it using thrift store finds and practicals and pulled the whole look together by laying a huge carpet. I really think the floor is what keeps viewers from ever guessing we are in a studio. Our young talent gave a stellar performance and we used the ready rig with the FS5. Seth and I were adamant about creating practical effects in camera so after a few lighting tests, we had 6 people physically move our wood panelled flats, couch and aquarium as the artist gave his final stellar performance while backlit by tube lighting from Ikea.

Editing came together in about a week in Final Cut Pro X. Most of our budget went to the color grade. Colorist Rob Bessette did a fantastic job and the rest of our VFX was done by Tim Kotthoff who was able to track in our television performances with realistic reflections.

We are so proud of this production and we learned a ton from our mistakes throughout the process, but the biggest most important thing we learned is that we want to make more videos. A lot more.