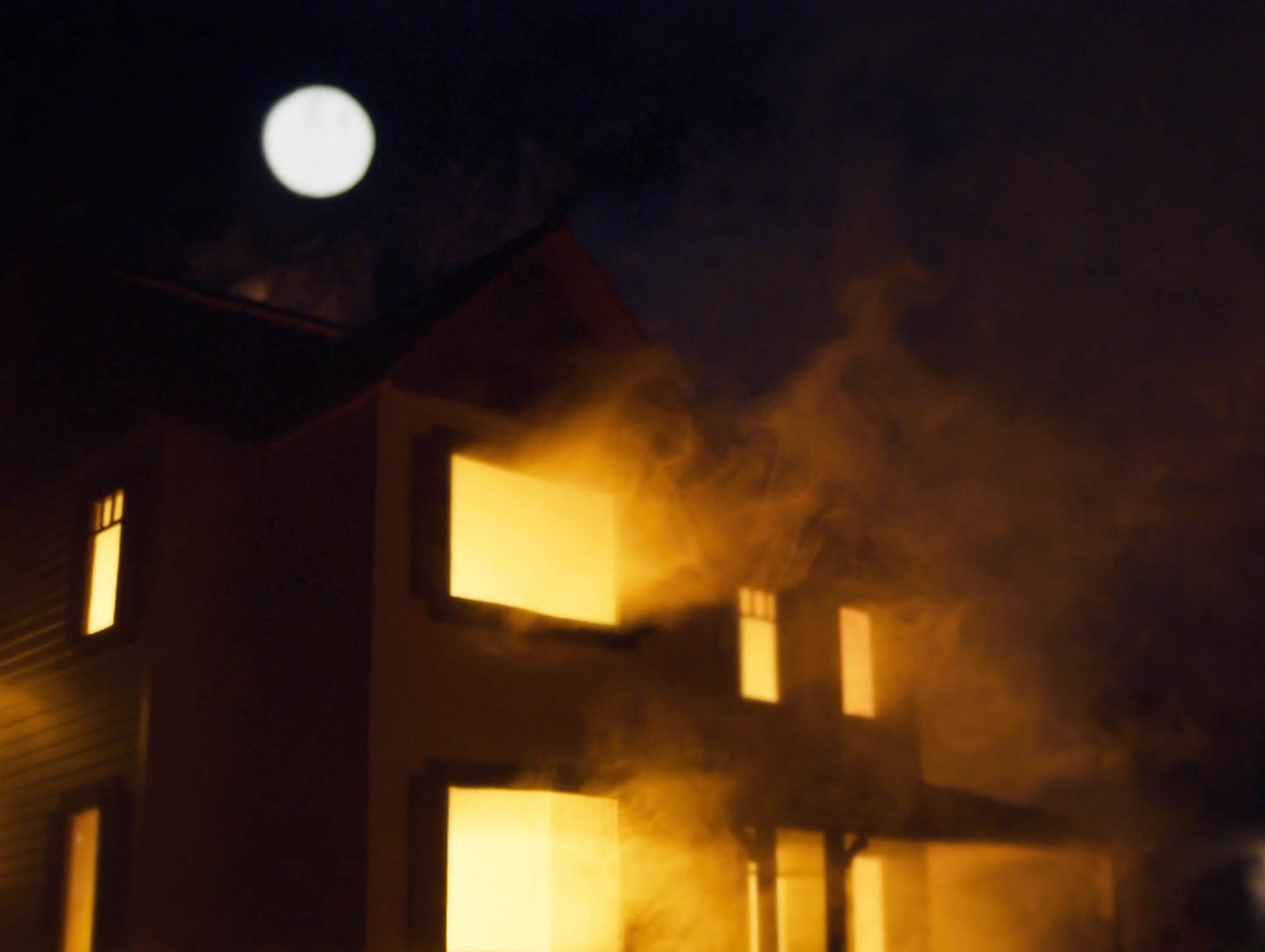 A hallucinatory trip into a landscape of illusions which drifts between the suburban and the primeval, L.A. based Director Zack Campbell – who last joined us with mood poem of love and anxiety Animal Fiction – returns to DN today with his mesmerizing music video for indie rock band Goon’s Choke Throat. Spellbound by this voyage between the physical and mental realms, we asked Zack to share how he deployed the practical effects of 60s horror for his cosmic journey into the dreamscape.

I’ve been friends with the members of Goon since we were all in college together, so we’ve actually been talking about collaborating on a video for a number of years now. Initially, I had been experimenting with practical effects like prosthetics and breakaways for a short film I was planning to make but ended up transposing those ideas to this project instead. This particular song has such an abstract and moody tone, which was exciting from a filmmaking standpoint because it afforded the opportunity to get a little cosmic and weird with the visuals.

The concept itself was inspired by a series of dreams that I had been cataloging over the years, so the impetus was to make something that could at once feel disjointed from reality and also transport the viewer to another space. I was looking to horror films of the 60s like Black Sabbath or Carnival of Souls, and their use of practical effects to create otherwise supernatural landscapes. There’s a kind of pastiche quality to how those films were made now that you don’t really get to see anymore, so the idea of repurposing those techniques in a modern way was pretty appealing.

The impetus was to make something that could at once feel disjointed from reality and also transport the viewer to another space.

The shoot itself was a little tricky, as the majority of it is set at that sweet spot between dusk and night, so we ended up racing against the light for a few days. Terry Zumalt (the DP) and I worked closely to create a visual palette that could reflect those sensibilities, but in a way that was practical to our workflow and budget. We ended up opting for a darker, selectively lit visual style — something a little muddier, that would force the viewer to question what they were looking at.

The decision to shoot in 4:3 was largely in service of the photographic nature of the frame itself, especially because most of these shots are reflective of still lifes. I like the frame because it tends to render imagery in a way that feels closer to how the eye sees and tends to feel a little more intimate than a wider, cinematic frame. So in terms of creating a dreamscape, it felt like the best way to subtly blur the line between reality and otherness.

Our actual operation was a pretty small family affair. I recruited my wife, Chelsea, along with my brother, Trevor to help design the visual set-pieces of the video. That was probably the most taxing aspect of the shoot, as it put the bulk of the work on the pre-production phase; which involved the construction of miniatures and rigging of FX setups. A good portion of our production was spent in trial and error actually — testing out numerous ideas to see what worked and which ideas could be “hacked” in a pragmatic way.