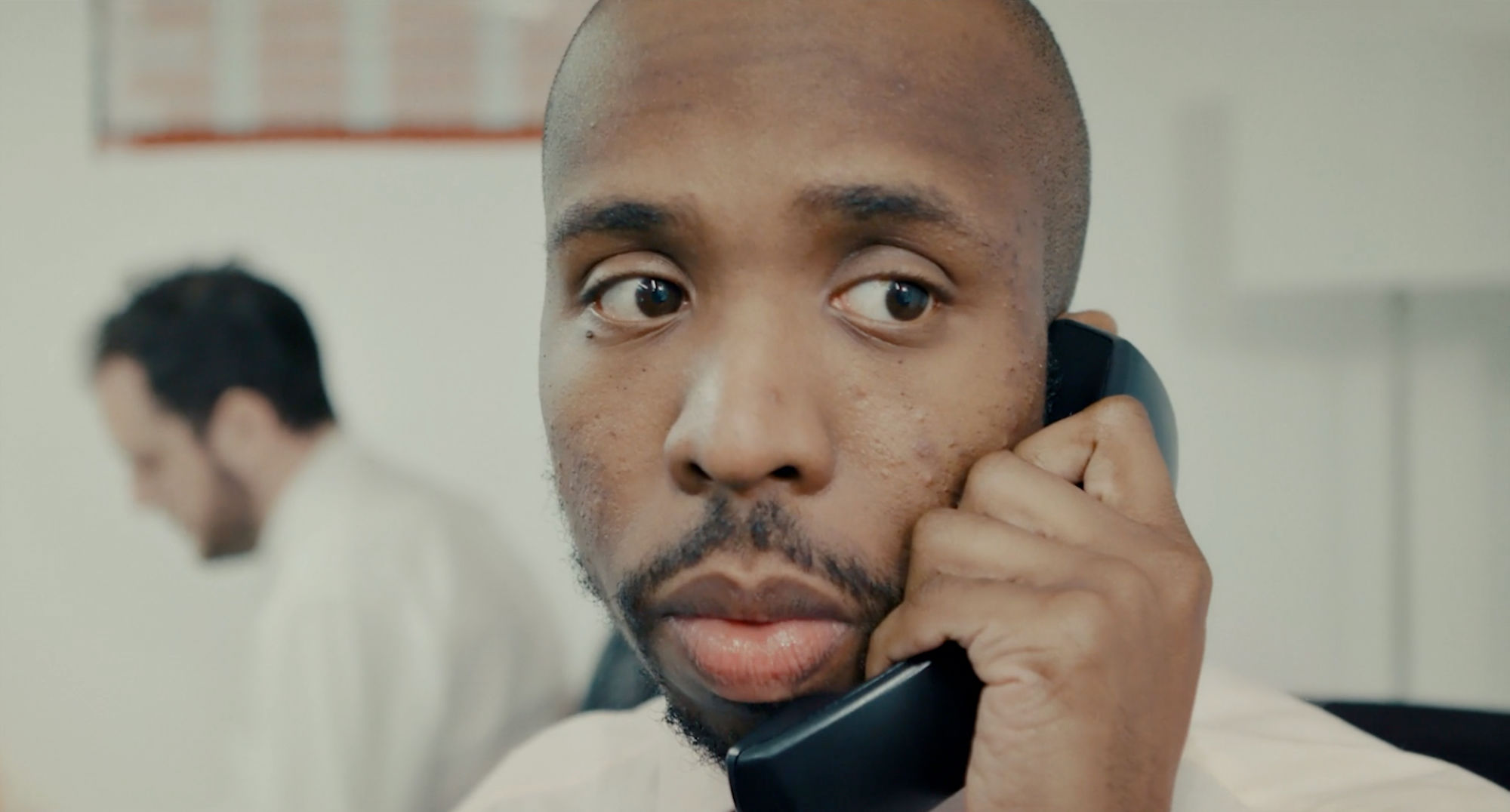 It seems that at least once a week I find myself wading through the frustrating gauntlet of telephone ‘security’ questions, reeling off top secret information such as my city of birth or first pet’s name in order to unlock the prize of paying my gas bill. Giving this mundane and pretty much pointless task a comedic twist, Insecurity Questions from two person directing gang Rosco 5 (Behnam Taheri and Gideon Beresford) presents an updated verification process which hits a little too close to the bone. Watch it below, after which Behnam and Gideon tell us how they milked uncomfortable comedy from the banal.

Where did the idea for a personality assassination via phone security system come from?

The idea came from the seemingly endless security questions used to access various accounts, many of which aren’t very secure – thanks to social media, you can find out peoples middle names, date of birth, first school, mothers maiden name, etc. relative easily. So we thought about what information people might not share. Initially the question was, “What’s your biggest secret?” with a character giving a series of soul searching admissions. But we wanted to open the story to include more characters and the idea of co-workers cheerfully chipping in on the character’s flaws seemed more collaborative.

We wrote it with a big bank of insults and flaws with some room to improvise on the day. We tried to focus more towards character flaws rather than superficial flaws in the hope that we might hit a few nerves in the audience. Ideally the audience would laugh along and then get struck by a particular flaw they may have.

How did you build out your comedic cast?

We’d wanted to work with Kiell Smith Bynoe for some time and wrote this script especially for him as the lead. Serendipitously the BBC show Ghosts, in which he plays the lead, was released to very positive reviews a week before we released our sketch online. The rest of the cast were also all other people we’d wanted to work with for a while. We’d worked with comedian Jack Barry previously and Yasmin Taheri is my sister, a recent RADA graduate, and jumped in last minute for an actress who had to drop out. Sunil Patel is a brilliant comedian who we hadn’t met before but had wanted to work with for a little while. Ziggy Luz is my good friend’s girlfriend and we’d seen her in lots before.

We shot the film on a C300 on a zoom lens in 4 hours on a Saturday morning in March, in the offices of our Producer Phoebe in central London. The film had a very small budget so we made it on favours.

Ideally the audience would laugh along and then get struck by a particular flaw they may have.

What was the balance of comedy timing captured on set vs being finessed and heightened in the edit?

It’s really hard to say about the comedic timing I’d probably say it’s 60/40 in favour of what we do with the actors on set. But of course, we manipulate quite a lot in the edit — it’s handy being our own editors so we shoot allowing for as many options for re-writing in the edit as possible. Half the reaction shots in the film are probably pulled from somewhere else. We were also fortunate enough to have our brilliant grade done by Megan Lee at The Mill.

Do you know what we’ll see from you guys next?

Next up we’re currently cutting a short we’ve made starring Jack Barry (Gilbert in Insecurity Questions) in which he plays a man helplessly obsessed with Window Cleaning. We also have in development another very short short which we’re planning on shooting next month, but it’s so reliant on a punchline that if we told you what it’s about then it’d ruin it…

Insecurity Questions is one of the many great projects shared with the Directors Notes Programmers through our submissions process. If you’d like to join them submit your film.