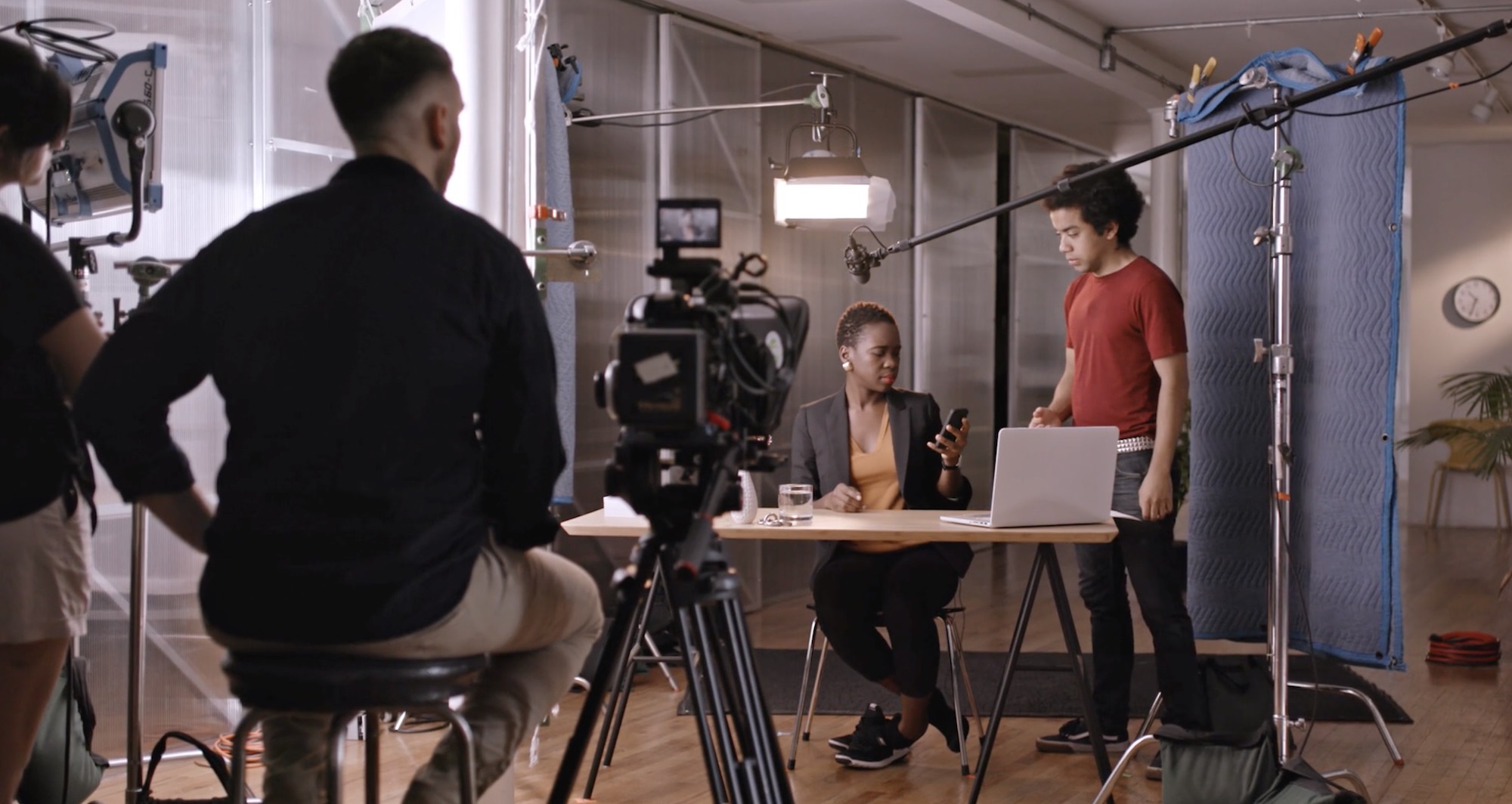 Brooklyn based Director Abigail Horton returns with another hilarious short, this time tackling the absurdities that lie at the heart of everyday life. Whether shooting a short film, getting pumped before a football game or having band practice; the small idiosyncrasies that can arise out of nowhere tend to offer up, in a retrospective kind of way, genuine comedy. DN caught up with Horton to chat influences, writing comedy and being your own best editor.

What’s the origin of A Few Activities?

I started writing this two years ago as a bit of a soul-searching activity if you will. I felt a little lost about what stories I wanted to tell as an artist and hadn’t taken that time to ask myself those questions in a while. So, I spent a lot of time watching filmmakers I admired and jotting down notes about funny images or scenes that came to mind, journaling about themes I wanted to make work about. I became interested in the absurdity of our everyday mundane goings-on and how we buy into these systems and rules that affect us down to the tiniest moments.

I’m a big fan of Roy Andersson’s films that create these exciting absurdist landscapes out of real-life moments. Those and Mike Leigh’s Five Minute Films from the 1970s inspired me to tell a few stories that make up a film and I started to piece my notes together, and for some reason I thought it would be so easy to produce a film like this, so it made sense to go make it! Film a few people talking in one room, film people talking in another room. I forgot to account for all the rooms and all the people, there were a lot of those.

What’s your process of writing comedy?

I would imagine it’s fairly similar to writing anything else! I try to get everything out on the page in a few vomit-type sessions. Just put the general ideas down no matter how much it hurts. None of it starts out funny! It’s always terrible, just terrible. Then edit, edit, edit, like the old marble sculptors, slowly chipping away at a block of stone until the piece presents itself. The core of the story and what makes it funny eventually emerges.

I edited A Few Activities which I think, I’m praying, makes me a better writer in the end – you see where your writing overdid it or under did it and how the energy carries or doesn’t carry from one scene to another. Editing has taught me how to use the characters’ glances, emotional beats, and silences to make the joke land.

Do you lend towards a well worked script or do you leave more up to the day and improvisation? Or both?

Since there were so many moving parts in A Few Activities and the tone had to remain consistent throughout, sticking to the script was pretty important on this one. The most improvisation we did was in the Doctor’s office scene. We played around with Catherine Curtin’s character feeling excluded and how she was going to overcome that and re-assert her dominance in the room. Jason Selvig is an incredible improviser. He and Jaime Maseda had some great back-and-forths riffing on their childhood memories that made it into the final film.

I try to get everything out on the page in a few vomit-type sessions. Just put the general ideas down no matter how much it hurts. None of it starts out funny!

A Few Activities is built up of numerous different scenes with multiples casts, how did you establish the tone of each scene with the individual groups of actors?

That was definitely a concern going into the shoot! But the actors brought so much to the table and helped me to discover the tone of the film. When Phylecia Renae read for the role of the mistakenly bereaved actress, she read it as though her character had no awareness of the situation whatsoever. It made me laugh so much, and I wanted to keep that very serious and straight approach to the rest of the film. The script also helps give those tonal clues. The comedy is pretty situational – characters aren’t cracking jokes or delivering one-liners and the dialogue’s pretty dry.

How long was the process from production through to the final edit? What changed most significantly about the film over that time?

The biggest change to the film was the addition of the small transition scenes – the hose, bag in the tree, billboard, and runners. I hadn’t written those when we shot the scenes with actors. Once I was in the edit it became clear that something else needed to carry the energy from one vignette to the next. The transitions add more variance to the film and couch the bigger scenes in this wave of absurdity instead of plunking dialogue-heavy scenes one after the other. Everything floats better with those scenes.

We shot the film in June 2018 in NYC with a fantastic crew of buds, did the transition scene pick-ups at my parents’ house in September – including exploding the clock in their driveway – and then I spent the rest of that year and some of 2019 editing the film. The scene that changed the most in the edit was the herb scissors scene. It was originally about twice as long, but some very smart friends gave me excellent feedback and I finally cut it down. It’s a short film, after all!

Shorts are a great way to continue to hone your voice and the things you care about, take risks, see if they pay off.

How are different audiences reacting to it? Are people reacting similarly to each scene or have you found differences between audiences?

People are reacting to it so well! I’m so happy it’s online because I knew it was a weird little film and hoped it would find its people in the online space. It’s a specific sense of humour and not everyone clicks with it – which makes it that much more gratifying when it really works for someone. 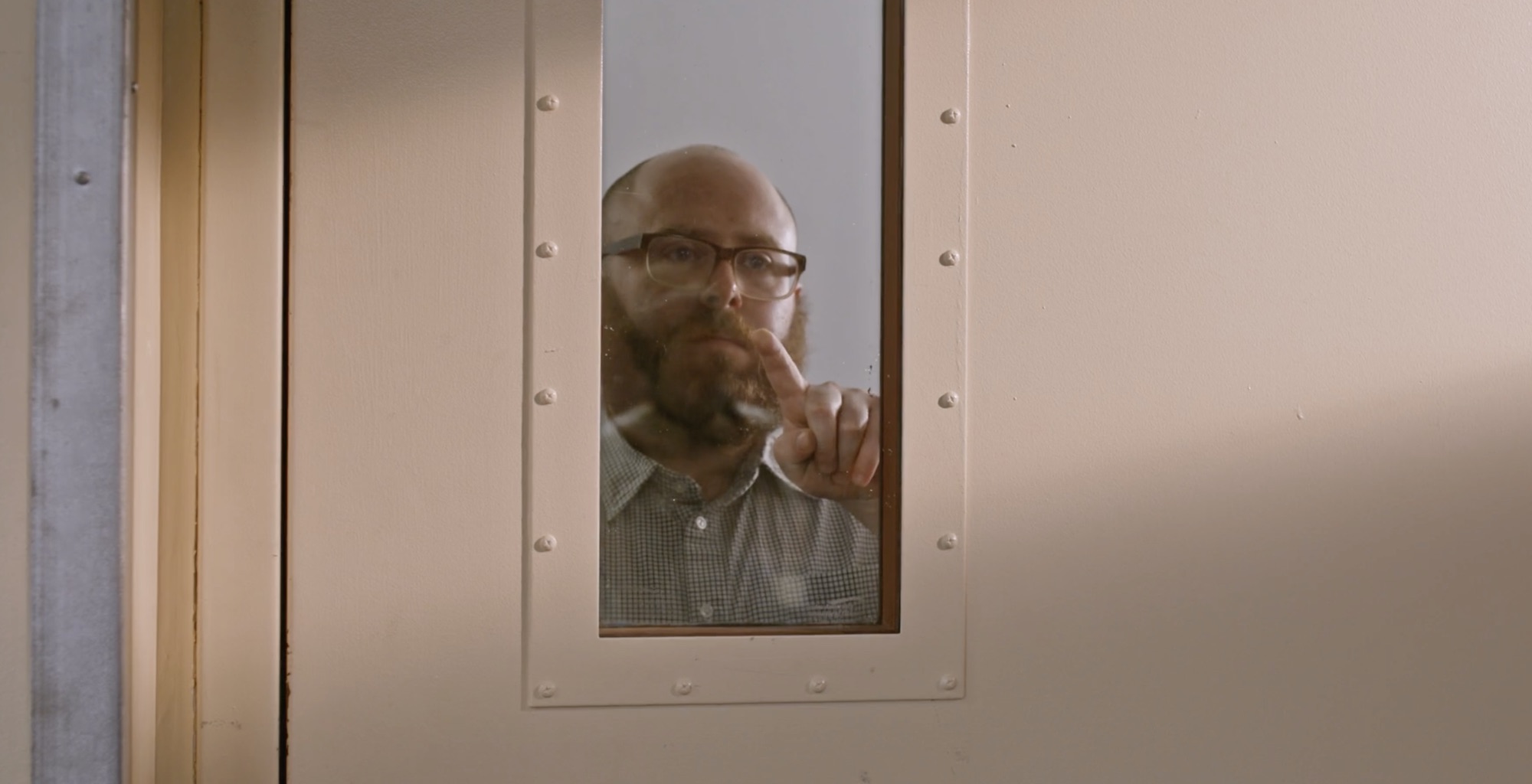 There’s been particularly excellent feedback on the herb scissors scene which I am so happy about because Brian D. Coats is a genius and naturally hilarious. He knew what I was going for and truly played the scene like no one was watching. It bugs me when characters are supposed to be alone and completely themselves but you can tell they’re holding back. Brian was 100% secure and absorbed in that review and that’s why people can see themselves in that moment.

Are you involved with any new films currently?

I am in the process of writing my first feature film! Should be a painful and exciting summer of writing, though mostly painful I imagine. I’ve been writing on a few other short comedy films that would be fun to make in the meantime. It’s important to stay in practice while these longer projects gestate. Shorts are a great way to continue to hone your voice and the things you care about, take risks, see if they pay off, all of that necessary stuff. Hopefully I can share some new work with you all soon! Thank you!