Casting singer/songwriter Halsey in a dizzying parade of personas, each fiercely expressing the diversity of attitudes and roles inhabited by women the world over, Nightmare from Hannah Lux Davis sees the internet breaking director craft a visually arresting, impassioned celebration of female empowerment which will leave you reeling. Watch Nightmare below, after which we speak to Davis about working with Halsey to craft a video which not only embodied the song’s themes but landed with maximum impact.

How did you get involved with this project and what were the initial seeds which led to the developed concept?

I had worked with Halsey a year ago on her video for Alone, which featured Big Sean and Steflon Don, and it was one of my favorite videos to date (partially because it was inspired by Baz Luhrmann’s Romeo & Juliet – my fave!). Ashley (Halsey) and I really hit it off creatively, so I had been looking forward to another collaboration. When I first heard Nightmare, it was pretty obvious that it was going to be a big moment for Halsey. The unapologetic lyrics, the anthemic sound of it all, and how timely it was in today’s climate – it had all the ingredients to tee up a video that could potentially make a lot of noise. I was honored to get the call for such a “moment”. Those come with a lot of responsibility and I don’t take that lightly!

I love to work very collaboratively with artists. The more authentic the video is to the artist (and the song), the more successful I believe a video is. It’s my job to help artists visually articulate their ideas and create environments (the set) for them to thrive in. Going into conceptualizing this one, Ashley had a strong vision for herself, which I loved. She wanted to make something aggressive and “in your face”. She had put together a vision board that correlated to some of the key lyrics in the song, and after we talked on the phone I went to town and expanded on the creative. Even in conceptualizing, I knew this video called for more of a montage-based edit and that naturally requires a lot of setups. It came down to honing in on a variety of diverse setups that expressed a unique take on female empowerment. A phrase we used a lot in the process was “Marilyn Monroe meets Marilyn Manson”.

It’s my job to help artists visually articulate their ideas and create environments for them to thrive in.

How did you go about bringing that to life during pre/production/post?

Ashley is SO versatile and can legitimately pull off any look. Not only does she pull it off, but she truly is all of those “characters” she portrayed in the video. Each vignette really started with her and her look, and we created worlds around that. The sets, lighting, wardrobe and glam on everyone – it all stemmed from the different personas she wanted to portray. As a director, it’s always exciting to work with someone who is as multidimensional as she is. Ashley is crazy talented and incredibly fearless with how she performs. There were times when I would rush in in the middle of a take to make sure she was okay because she was thrashing around so hard, slamming her body against the mirror box. Needless to say, it was a lot of fun showing off her range.

What timescales were working to and how did that then impact the order of setups on the shoot day?

Music videos are usually on very insane timelines. We are lucky if we get a week to prep and a few weeks in post. I think we got just about that for this one. Because we needed the variety and a diverse range of looks and scope, I knew that required two days of shooting. Luckily the budget could support it and we were able to shoot this over two long days in LA on the Warner Bros. backlot. Each day was scheduled out pretty aggressively – one day of interiors and art builds and one day of exteriors. In music videos, we are conditioned to shoot quickly and cover a lot of ground and it’s crucial to curate a strong team that can keep up with that pace. 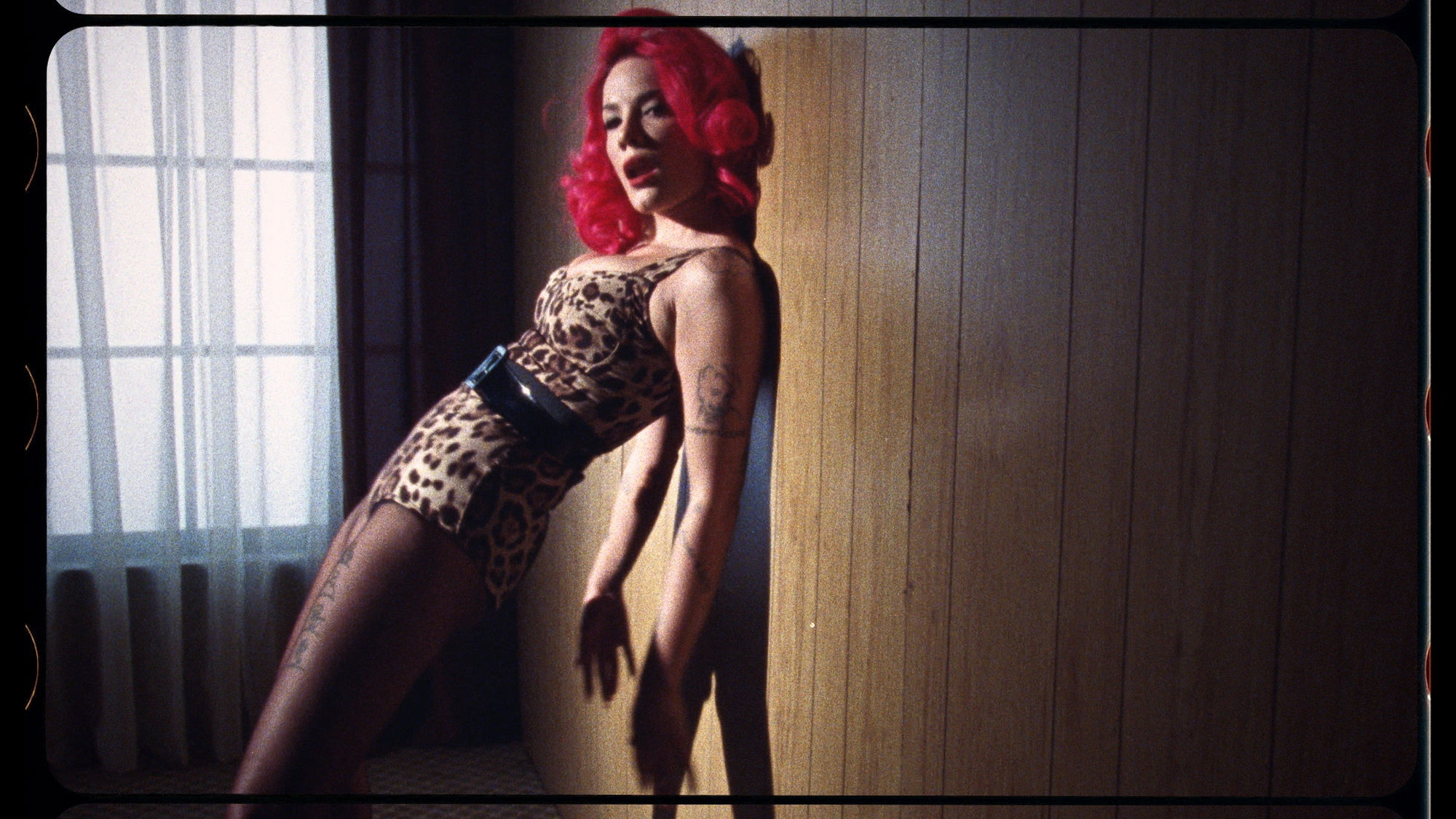 When working with female artists, I typically like to shoot all the beauty setups first up – glam is freshest and everyone on label side is a little more at ease knowing we got something pretty in the can. But it also depends on the artist and what their vibe is. Some artists need a little warm up, so maybe we start with a setup that is on the simpler side that doesn’t require too much energy. Or maybe I know that they may move a little slower after a long break, like lunch for example, so I’ll put an easier setup there.

There are usually a ton of variables that come into play when scheduling out the days — artist/talent availability, time of day, setup time for the various departments… you name it. However, I think it’s important to talk to artists about their priorities going into the shoot. That way we’re able to make scheduling decisions that puts focus in the right places, and if for some reason something has to be cut, we’ve protected what’s important to the artist and the goal of the video. 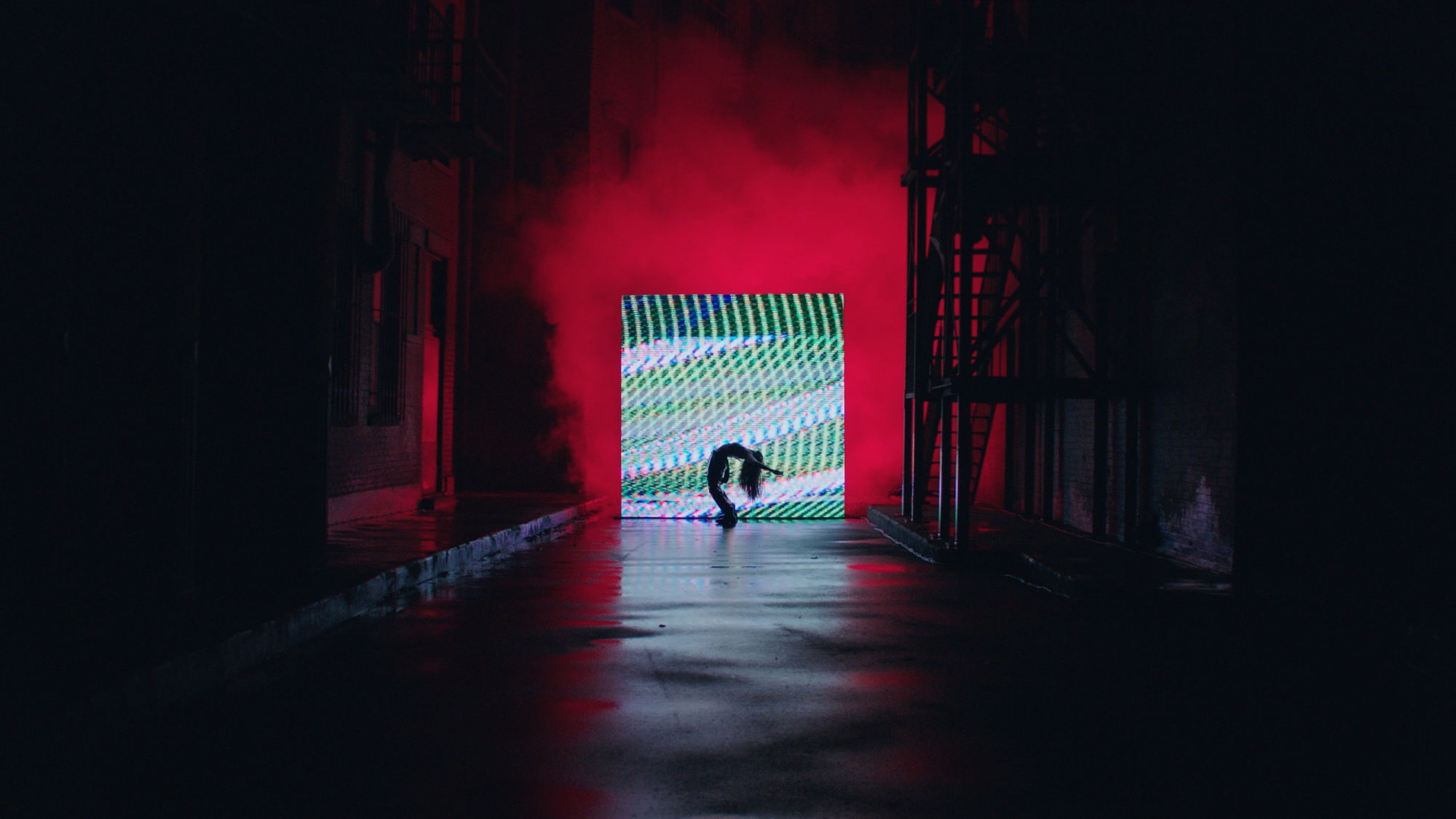 For this video, every setup was a priority – lol. But I knew that on our exterior day, day two, we would have a lot of moving parts, so my team and I decided to put the LED screen setup last. Not only did it only require Ashley (and no other cast), but I also knew that if we were running out of time and had to rush the setup, Ashley could kill it in one take and we’d be covered. (She killed it in one but we had enough time for two.)

I think it’s important to talk to artists about their priorities going into the shoot.

Were there are any interesting technical aspects to the production, such as specific equipment or techniques you employed?

Since the concept and spirit of the video was really to celebrate women by highlighting the dichotomy of what it means to be a woman, I wanted to visually articulate that by shooting each vignette in its own unique way. For example, for the black & white punk scenes we shot on s16 (Kodak 7222) and pushed it a couple of stops to really accentuate the grittiness. Both the punk scenes and the bloody fight scenes – also shot on s16 (Kodak 7203) – fully embraced an immediate handheld feel. For the 50’s setup, we shot on s16 (Kodak 7219) and added some snap zooms to add a bit of campiness. The lingerie boss babe room, mirror box, and LED screen were all accentuated by the glossiness of shooting on digital (Alexa) with some cleaner lenses. I collaborated with a cinematographer I had been dying to work with, Erik Henriksson, and we had a lot of fun brainstorming the different looks and bringing these worlds to life. He’s crazy talented.

In post, I even embraced various aspect ratios to influence mood and tone which all added a bit more chaos to the overall feel. I think all of this intentional variety really attributed to the dynamics of the video, and gave quite a bit of depth and texture, allowing the viewer to be constantly surprised by the unexpected and to feel different things.