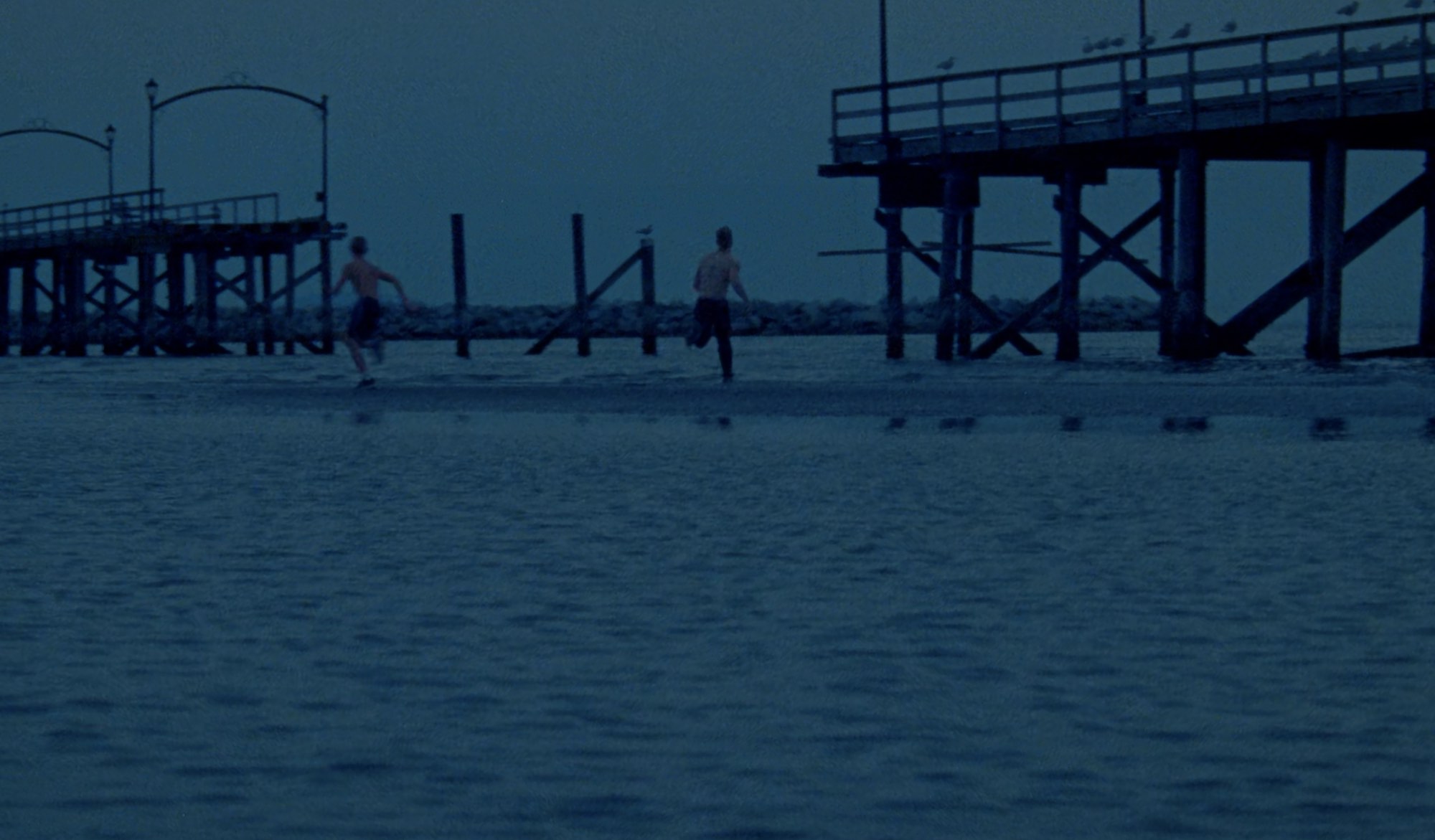 The music video for Jordan Klassen’s somber, swirling song Virtuous Circle is directed by Farhad Ghaderi, a full-time cinematographer. Ghaderi’s video sees a pair of brothers appear in what seems to be a series of memories shared between them. Each memory follows an emotional cycle; anger, envy, joy. It’s a music video that feels grounded in the personal and familial, and the performances by both the young actors are to be marvelled at. DN spoke with Ghaderi about creating this video and working with his actors to create their authentic performances.

What did the beginning of this collaboration look like? Did you approach Jordan or vice versa?

Around a year ago I was dying to make a music video that felt personal, a break from the work I was doing at the time and I knew the best way to do it was by collaborating with an artist whose music actually meant something to me. So, I approached Jordan who had just released his last album Big Intruder and tried making a video for another song, but for many reasons it just wasn’t possible then.

Months later, I found out about this new grant, the MVP Project. I called Jordan and it turned out he was working on a whole new album! He sent me an unfinished version of Virtuous Circle and I instantly fell in love with it. We had many conversations about what the song meant, as well as what a virtuous circle was, and what that meant to us personally. He gave me carte blanche, which was incredibly liberating and after many sketches the concept for the film was born.

Could you talk about the construction of the narrative of Virtuous Circle and how you developed the scenes involving the two brothers?

The emotion always comes first to me. Even before the concept and the narrative. I knew how the song made me feel and I knew what I wanted the film to feel like for the audience. After finding a concept I felt strongly about and understanding the emotion, the narrative started constructing itself. The song always felt terribly bittersweet to me. Feeling so free yet deeply melancholic. I wanted to tell a story that reflected that, a story in which there is no huge victory and a happily ever after, yet there isn’t a sad ending.

I was dying to make a music video that felt personal.

Some scenes are based on my own memories of growing up so close to my older brother. Others were purely fictional and made to serve as a device to move the story forward. I wanted it to feel like a collage, like a flash of memories. Developing the scenes between both brothers was a fun personal exercise. Some had to be narratively stronger and others purely emotional. The tough part was finding a balance. 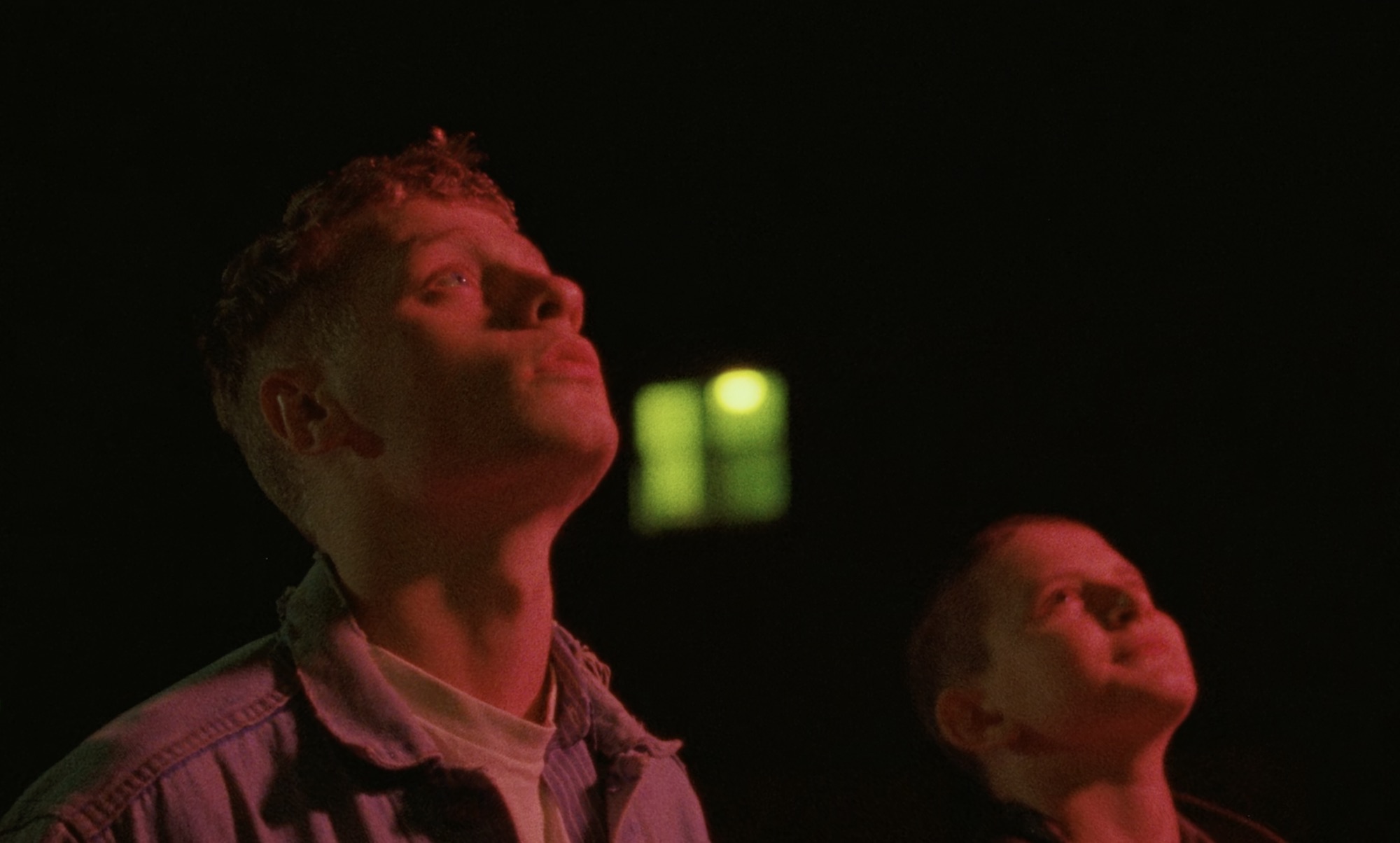 How did Jordan’s music specifically inform the visuals, what elements most affected how you approached creating a video for it?

The music was incredibly influential when creating the world of the video. The lyrics, the emotion, and the intention behind it. I wanted to make something that could stand on its own but that still felt inherently part of the music. Our chats about the meaning of the song were a guide for sure. In Jordan’s own words, “The song is a plea of hope that what feels like a vicious circle could turn into a virtuous one.” We wanted to talk about relationships, about cycles in life, and that guided the narrative.

The feeling of the song was the spine to our visuals and pace. It always felt like breaking free from something, like running. So, I aimed to reflect that, to make it energetic and cathartic.

What was the process of structuring the footage in the edit room like? Did you follow what you had planned in pre-production?

I got to work with my dear friend Alexander Farah, who’s a terrific editor and director. I trust him and his taste a lot, so the process was smooth. We went through the script and treatment together, and we had a long conversation about what I wanted the film to feel like and what the ultimate goals were. I gave him a few notes and then offered him creative freedom with the rest, giving him time and space with the footage to explore, to find the core, the beats, etc. To bring his own magic into it.

The feeling of the song was the spine to our visuals and pace.

At first we tried to follow the script’s structure, but honestly, that rarely works haha. Once you’re in the editing suite, the film takes a whole new life and it rarely is what it was on paper. So, we abandoned structure and tried different things like cutting to the tone, cutting to enhance the impulse of feeling rather than an actual narrative thread. We did this back and forth revisiting the original structure until there was no more left to do.

How did you work with Antoine Olivier Pilon and Ben Andrusco-Daon to develop the relationship between them? Did you utilise any specific acting techniques?

Developing the brothers’ relationship on screen was a beautiful challenge. In music videos you don’t get much time for anything. But I made sure we had some time to rehearse, to get to know each other. I wanted to approach this as a collective process between them and I. Making them feel like they actually had a say in terms of who their characters could be. I created the spine of the characters and we fully formed them together.

Firstly, we talked a lot about what it feels like having siblings. What do relationships look and feel like in different stages of our lives? Lots of sharing personal stuff, myself included. A huge part of it was to make them super comfortable with each other physically, just like real brothers. Especially with the age gap! The film is very physical and so is their relationship on screen. So, we kept playing games in between takes that involved them pushing and holding each other, racing or playing pranks too. Shooting certain scenes in the right order was key to get that, like Antoine shaving Ben’s head.

It was important to build trust between them since the moment they met. Antoine is an amazing actor and has a lot of experience. With Ben, the biggest effort was to make him feel like he could be vulnerable in front of the camera and with Antoine, especially in the emotionally demanding scenes. Trying to make the set as intimate as possible. That it was okay to lose and to repeat takes, even if we were shooting on film, ha!

As an audience, we want to see the characters having real emotion, not acting it. A way in which we achieved that was by giving them direction separately. Allowing room for improvisation. When they faced a new scene, they wouldn’t necessarily know what the other was going to do or offer to their own performance, and that affects the way they respond to it.

Just working in finding balance in life, crafts, relationships, work, etc, haha! I’m a cinematographer full-time and I’m excited to keep evolving in that field. I’m shooting a few projects here and there. I’m trying to work on more narrative and longer form pieces, as well as tapping into the more interesting commercial world.

I’m also working on facilitating projects and stories that align more with my sensibilities and cultural identity and I’m drafting some things I’m excited to make in the future. Definitely will be directing more, although not necessarily in terms of quantity. I’m looking forward to growing as an artist and person.