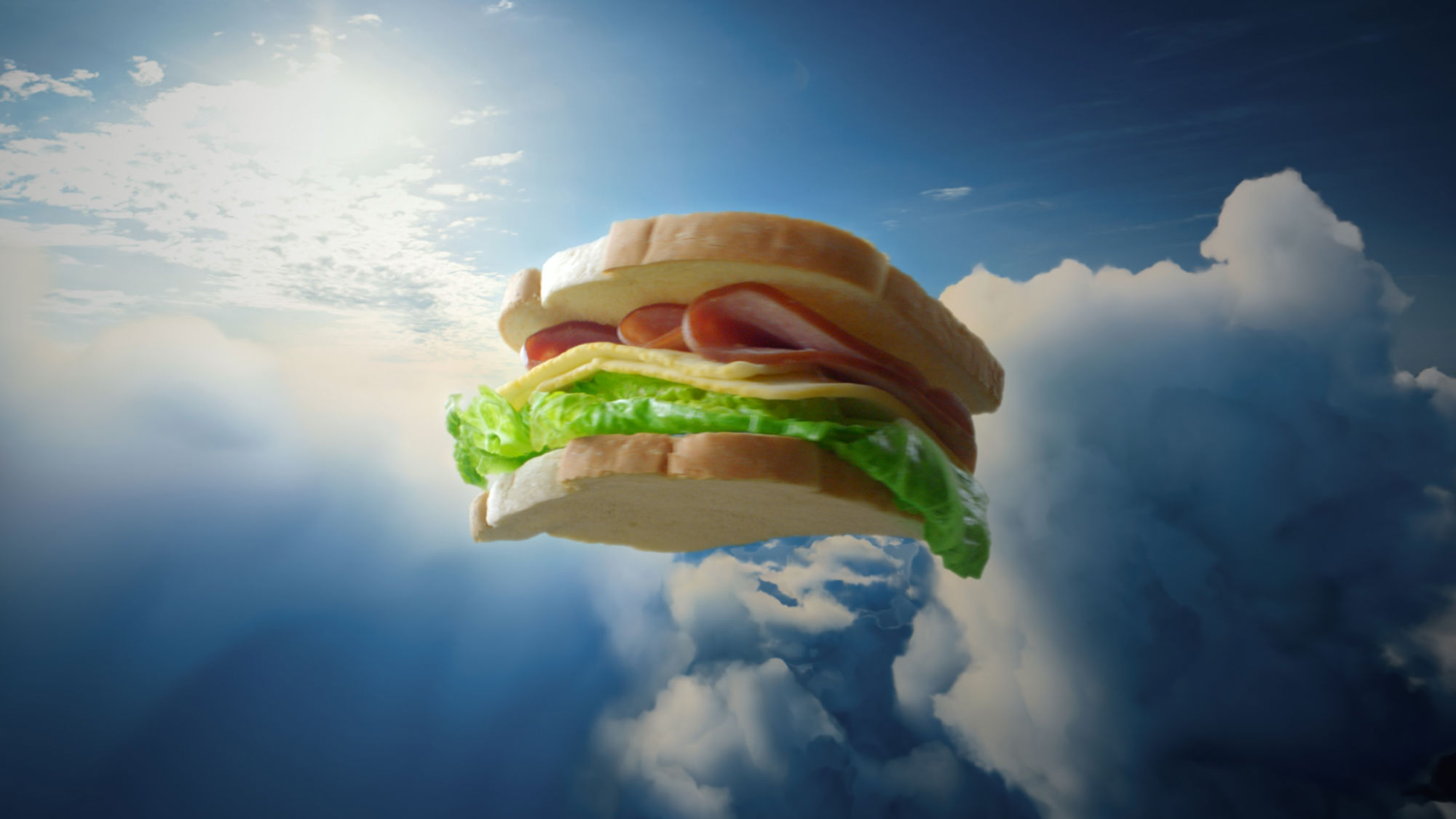 A filmmaker who consistently makes the strange delightfully entertaining, Jonny Look (last seen on DN here) brings us the epic sandwich ballet we never knew we needed in his glorious music video for Joe Russo’s Phér•Bŏney Love Theme. Featuring a brilliantly stoic performance from Comedian Will Hines and choreography by DN alum Erin S Murray, we caught up with Look to talk absurd concepts, dance battles and stunt sandwiches.

You’re no stranger to a delightfully absurd concept but where did the idea for a choreographed sandwich battle come from?

I appreciate that! I always hope to curb the idiotic with something pleasant. That’s the goal at least.

The original concept came from thinking about having a deep love for something absurd (since the song is a Love Theme – in title at least), which reminded me of a Guardian article that I had read a year or so ago about the origins of the pre-packaged sandwich. Its impact on mainstream culture in the UK freed people from the eating habits of the past. The article quotes food writer Bee Wilson, who said, “Sandwiches freed us from the fork, the dinner table, the fixed meal-time,” … “In a way, they freed us from society itself.”

I was excited to read such an extreme sentiment about a pre-packaged sandwich. Anything that can provide that sort of freedom must be appreciated, cherished, and loved.

I always hope to curb the idiotic with something pleasant.

Living in Los Angeles, the nucleus of health food and body image culture, I often find myself worrying about eating too much bread. No matter how good the salad, it is never as wonderful as a sandwich. Maybe some find this sort of self-denial empowering but I find it oppressive. The idea was to express that inner-trauma through a group of young dancers.

This is what brought me to the idea of a hungry man who needs a break. And is not given one. He has a violent love for this sandwich, believing it will free him from his daily troubles. That was the thought anyway…

Will Hines is deadpan excellent, how did you come to cast him in the role and what do you feel he brought to the character with his stoic performance?

The main character had to be able to convey a lot without overdoing it. It had to stay grounded, so you could empathize with his plight.

We also wanted someone who would contrast the dancers quite a bit. When we first started searching we were actually looking for actors with clowning or physical movement experience, but Russell Sanzgiri (EP of this project) suggested I go to a UCB show where Will and Neal Casey were performing an assortment of comedic scenes. They performed a scene pretending to be in a sauna where Will exploded at Neal. He brought such a genuine and serious expression while standing on stage in a towel. It was fantastic, just the sort of grounded-but-absurd tone we were looking for. We reached out after that, and after he said he wouldn’t mind crawling on the ground and getting lifted in the air by a bunch of dancers, we had our hungry man.

We’re huge fans of Erin S Murray’s work here at Directors Notes, what was the process of working with her to devise the choreography like?

It started as sending links back and forth. The first link she sent me was a ballerina being pulled across a stage, which informed our dancer stepping on a sandwich and gliding across the room in the final video. We sent a handful of these sorts of references back and forth, which help us evolve the style. The workflow was basically to map out the trajectory of the sandwich and Erin would figure out the movements from one point to the next. 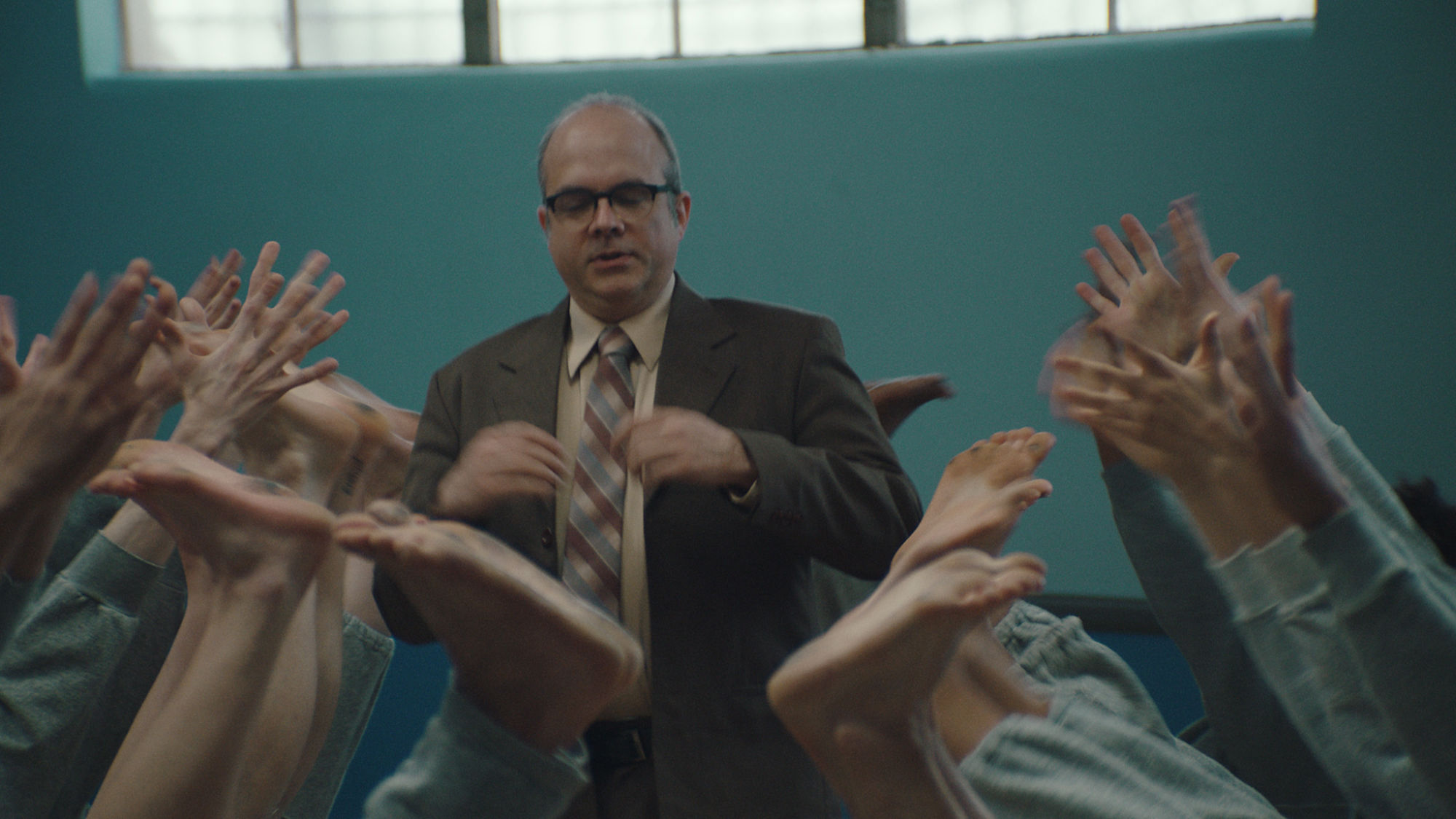 In the original treatment, I had a bit more floating/supernatural components – but once Erin and I started working together I realized those supernatural bits were only adding confusion. I wanted to utilize the elements we already had in the room: the dancers. For example, there was a moment where he was being pulled across the room by a floating sandwich in the treatment, but after working with Erin it became much more powerful to have him be carried around by the dancers.

How did the kinetic energy of the film dictate the cinematic style and your choice of equipment?

Chris Westlund (DP) and I wanted it to have a sort of timeless feel and went with a vintage zoom lens which we used in most composed shots – and then also used throughout the dance once we moved handheld to make everything feel more chaotic (which is also amplified by Ting Poo’s edit). Throughout many of those handheld shots there is a subtle zoom, which is felt subconsciously more than anything else, adding to the obscurity of the frames. It hopefully feels as intense as the track.

Through the magic of music, shot choice, and edit, we made something slightly anxiety inducing.

We decided to bookend the piece with very composed, gentle frames, but as the music and conflict begin to intensify, our frames become more ambiguous and interrupted. Chris has a wonderful intuition as a cinematographer and when we were scouting the location and discussing the blocking he said, “I want to be there with them” speaking about being with Will and the dancers. He had to talk me into the handheld but I’m really glad he did because it made everything feel more immediate and intense. 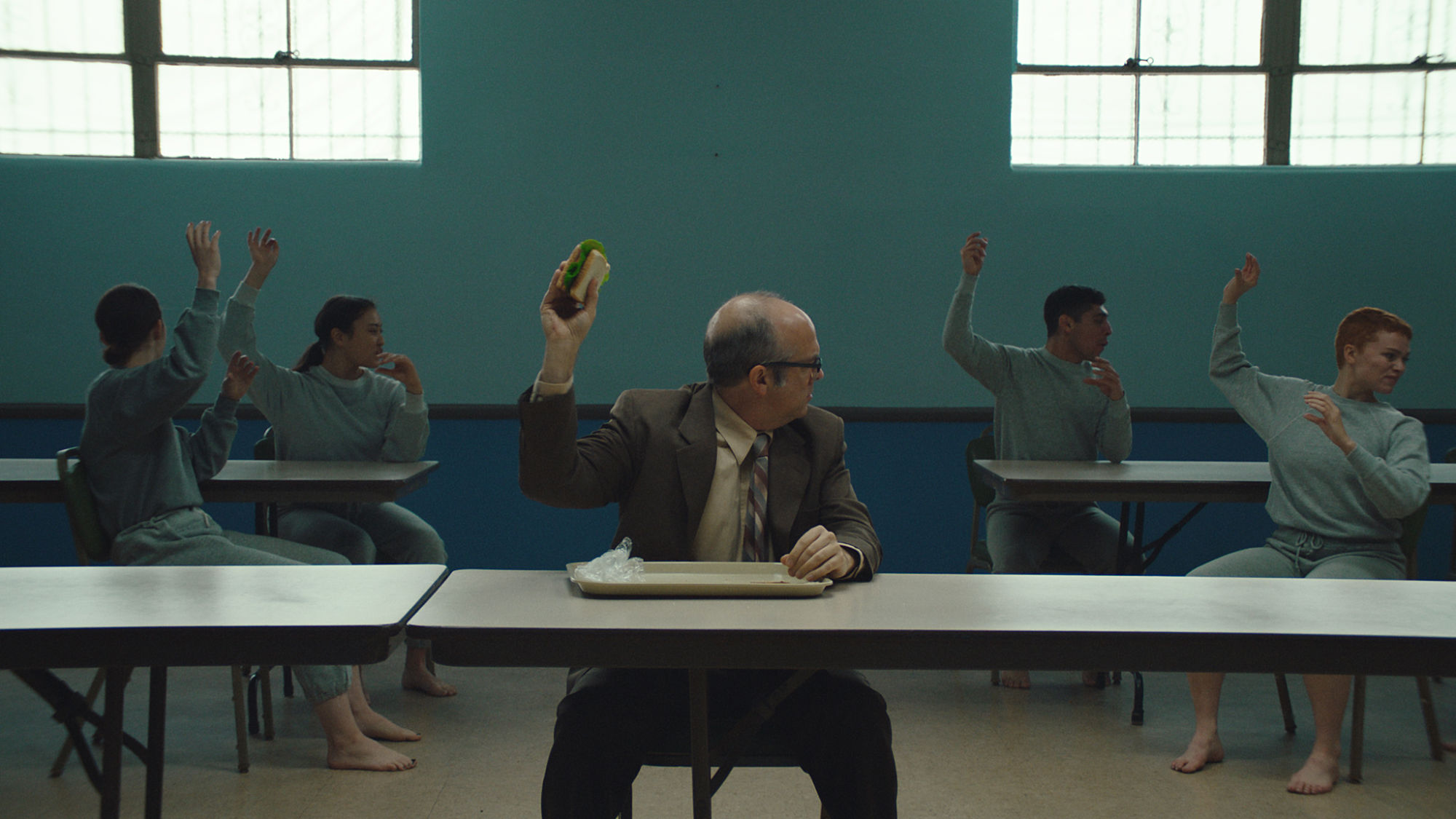 This scenario is completely unrealistic and unthreatening on the surface. But through the magic of music, shot choice, and edit, we made something slightly anxiety inducing. Which is what I find funny about it all.

What guided the appetisingly dishevelled look of the sandwich? Did you have to deploy any tricks or stunt doubles to ensure the sandwich held up to its rough treatment?

I went for the most classic looking sandwich I could think of. The sandwich you get when you Google “sandwich.”

After I booked this video I emailed a long time FX collaborator and buddy Bryan Fulk to ask how to make a sandwich that will hold up to a beating from a group of dancers – and he sent me a diagram which I then posted on my wall – as it easily illustrates the bizarre business I’ve found myself in. Then shared it with our art team, who ended up building several “hero” sandwiches out of hardened bread, super thick plastic, and plastic rods. These sandwiches lasted about two hours each before they fell victim to the dance. I think we went through four total on the day.

Also, my lovely partner Lauren made our floating sandwich with a less intense plastic and sewed it just off-center so it would “float” at the perfect angle.

And as we always ask, what are you up to next?

I’ve been obsessed with plants and cacti lately. I have a few projects going that involve plants and their consciousness – we’ll see which one takes. As well as my never ending quest for SD B-Roll with Brother Willis as The B-Roll Boys.