Combining the siren call of wanderlust with a desire to document a new experience through his filmmaking lens, New Zealand Director Dan Sadgrove – who brought us a conquistador free re-imagining of Mexico in A Dream Dressed in Black – headed out to the Sardinian town of Sedilo to capture an ancestral horse race born from legend in documentary short S’Ardia é S’Ardia. Watch the thrilling spectacle below, after which Sadgrove explains how despite working as a solo shooter and navigating a language barrier he was able to bring this mix of tradition, religion and bravery to screen.

I was in Europe last year looking for something new to shoot. My caveats were I didn’t want to spend much time filming as the last job took about 5 months on the ground. And I wanted to learn about a cultural tradition that I hadn’t heard of before. To start with I Googled “crazy European festivals” and down the lists, I found out about S’Ardia. It seemed like a pretty wild horse race through a Sanctuary with a deep history in the region. I had a quick search and learnt that no one had really covered it before so I booked a ticket to Sardinia as the festival was starting in two weeks time.

Normally these small towns have a central page where they post stuff up, so I joined the village of Sedilo’s Facebook group. I posted that I was coming over and needed a place to stay and an interpreter as I would like to film S’Ardia. Salvatorangelo Chessa offered me a place and there were a couple of young women who could speak English and volunteered to help me out. I had committed.

Before I flew out I did a few days research on some inspiration. Mainly old photographers who had photographed Sardinia and Italy in the past. I’d refer to these however most of them were just good ideas but irrelevant in the end. I wanted to be open to anything and everything there and not put myself in a box.

It seemed like a pretty wild horse race through a Sanctuary with a deep history in the region.

I gave myself 10 days to capture it, 7 days before the race, 2 days of the festival, then a day to decompress and pack up. I thought this would be a good chance to shoot mixed media. In the past, I’ve just used my A7Sii with a few primes, but I found an old Panasonic VHS-C camera and took that along as well.

The shoot was interesting. I was the only foreigner in the town for the entire time. This was a very popular festival in Sardinia, but outside of the island people didn’t know about it. To start with I just turned up to the Sanctuary where the knights practise the route in the week leading up and started filming.

I think not knowing what anyone was talking about helped me be unafraid in approaching people and sticking a camera in their face. There was no hesitation. People were friendly, but access was limited. I couldn’t get any interviews from any Knights or the Prima Pandelas (the three main guys). I think people just thought this would be a home video or a TV news report. It wasn’t until I posted a few of my stills on their Facebook page that they started responding more positively. I really wanted to interview everyone first and film their answers afterwards. But just getting interviews was proving to be impossible.

I wanted to be open to anything and everything there and not put myself in a box.

As the week rolled on and I became more familiar to everyone around town I started getting invited to more things happening like the ceremony of making the blanks for the guns. The shoeing of the horses. I’d eat with the families of the interpreters, and get pulled into bars for a drink. The people of Sedilo are extremely hospitable. They really made an effort to make me feel comfortable. Even though I was an outsider who couldn’t understand a word, there were a lot of people who sort of took me under their wing to help me with the film. 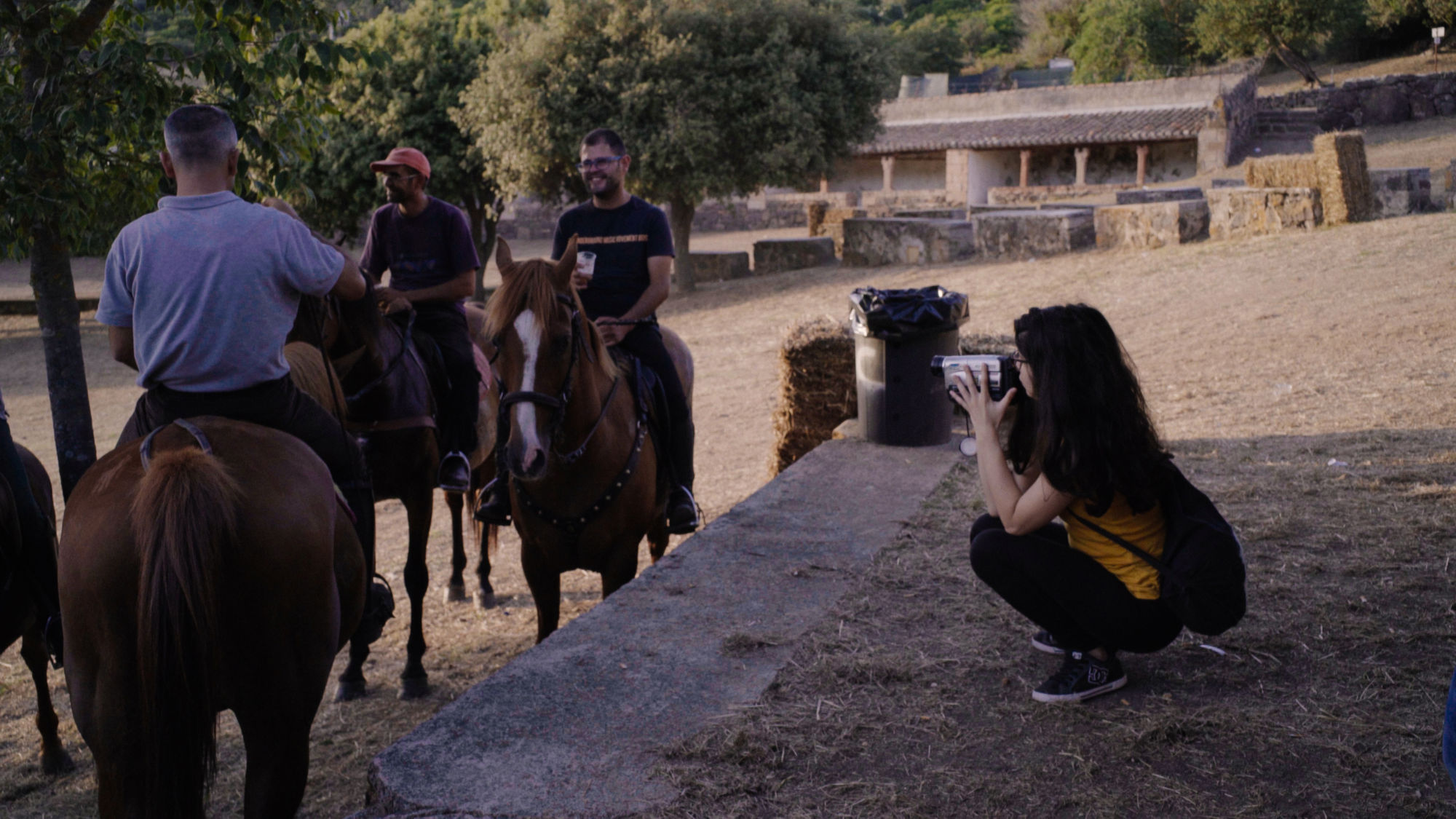 The race itself was a bit of a gamble… how do I cover a race that lasts hours but the racing itself is only short bursts – seconds long – as a solo camera operator? I picked a few spots and managed to get a press photographer pass that gave me pretty good access around the Sanctuary. I stood on the arch on the first evening, then went in closer for the morning races. I’d set the A7sii on a tripod and used the VHS handheld. It was all a bit of a blur, I was running around trying to get it all and find any spot that might be interesting. Having been there for a whole week beforehand gave me a little bit of an advantage in that I wasn’t totally blind to what it was going to look like.

The slow motion shot of all the horses running past was a total accident. I wasn’t allowed to go down to the bottom of the hill where I wanted to film, to get them thundering down and then flying through the archway… so I was stuck at the start. I was going to miss the archway, the hill up to the church, and it was going to be tough for me to get close after that. But once I was filming on that line I realised this was a great opportunity. With my documentaries I’m making decisions on the fly, very quickly. What frame rate, focus, exposure, lens, tripod/gimbal/handheld – I mash the camera with a bunch of settings I think might work for the occasion and then live with it. With these turn-up-and-shoot documentaries you only get one chance and that was one of the times I think I managed to get it right.

After the race I joined in with the celebrations, to be honest, I was joining in on the celebrations all week long. It’s very hard to turn down a Sardinian, and in order to try get their respect I was saying yes to everything. It was a lot of food and a lot of wine!

On the last day I went off and interviewed Alessandra, who speaks for most of the film. After these interviews I didn’t really know what they were saying, I’d have to get it all translated. Some of the interviews weren’t really usable, but after getting the translation back I found Alessandra’s incredible.

Post production was a long process. Par for the course with me. It took a few months to get it all translated. Originally I had spent weeks reaching out to online translators, but the Nuorese dialect of Sardinian is so specific I couldn’t find anyone who knew it!! So I asked one of the interpreters and she said she would translate on her phone scribbling down on a notepad to send to me. That took a few months as she was working full time. And I was going through the footage slowly and sending her all the clips of people talking, which took time.

With these turn-up-and-shoot documentaries you only get one chance.

After it was all translated I reached out to Trim Editing in London who I’d always been a fan of and they came back with a really, really great editor… who unfortunately changed career paths a few months later. That editor fortunately however recommended Ben Elkaim who took it on. I gave sparse notes, to be honest, I give people a lot of rope to experiment and play around with. Ben really did a fantastic job shaping the film. 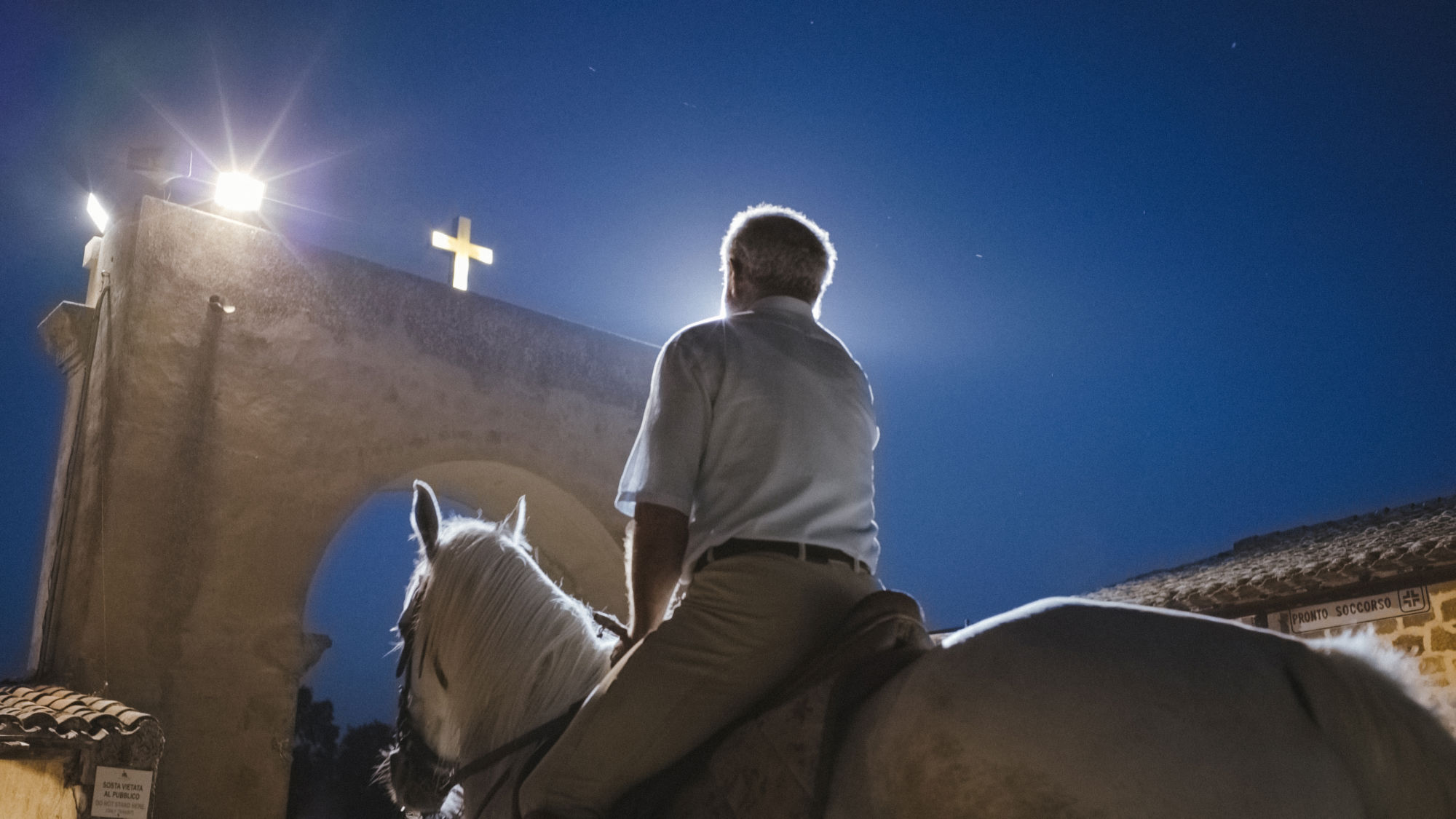 We decided about halfway through that we would retain the mystery of S’Ardia, that you can’t really explain it, instead of relying on exposition. It’s a mystery to outsiders, but it’s such an important date on the calendar for the Sedilese. They are absolutely passionate about S’Ardia. So we focused on their passion and the mystery of S’Ardia.

From there the rest of post came together really quickly. I had met Mike Rossiter from the Mill in New York last year and mentioned this project and he took it up and jammed out some amazing color in just a few days. He made me almost look like I know what I’m doing with a camera. Sound was just as quick with Morgan Johnson who has worked on a lot of my previous projects. Hanan Townshend had sent me a bunch of music earlier. They’re all masters so I was just stoked to have their massive talents on board. They all killed it.

We managed to get it out a week before this year’s S’Ardia started, so that was a huge relief. I have two more self-funded projects in post production and another two in pre production so it’s time to focus on them. I’m very proud of the film. I have the hugest respect for the Sedilese, I had a wonderful time there. I can’t wait to go back and watch it as a spectator.