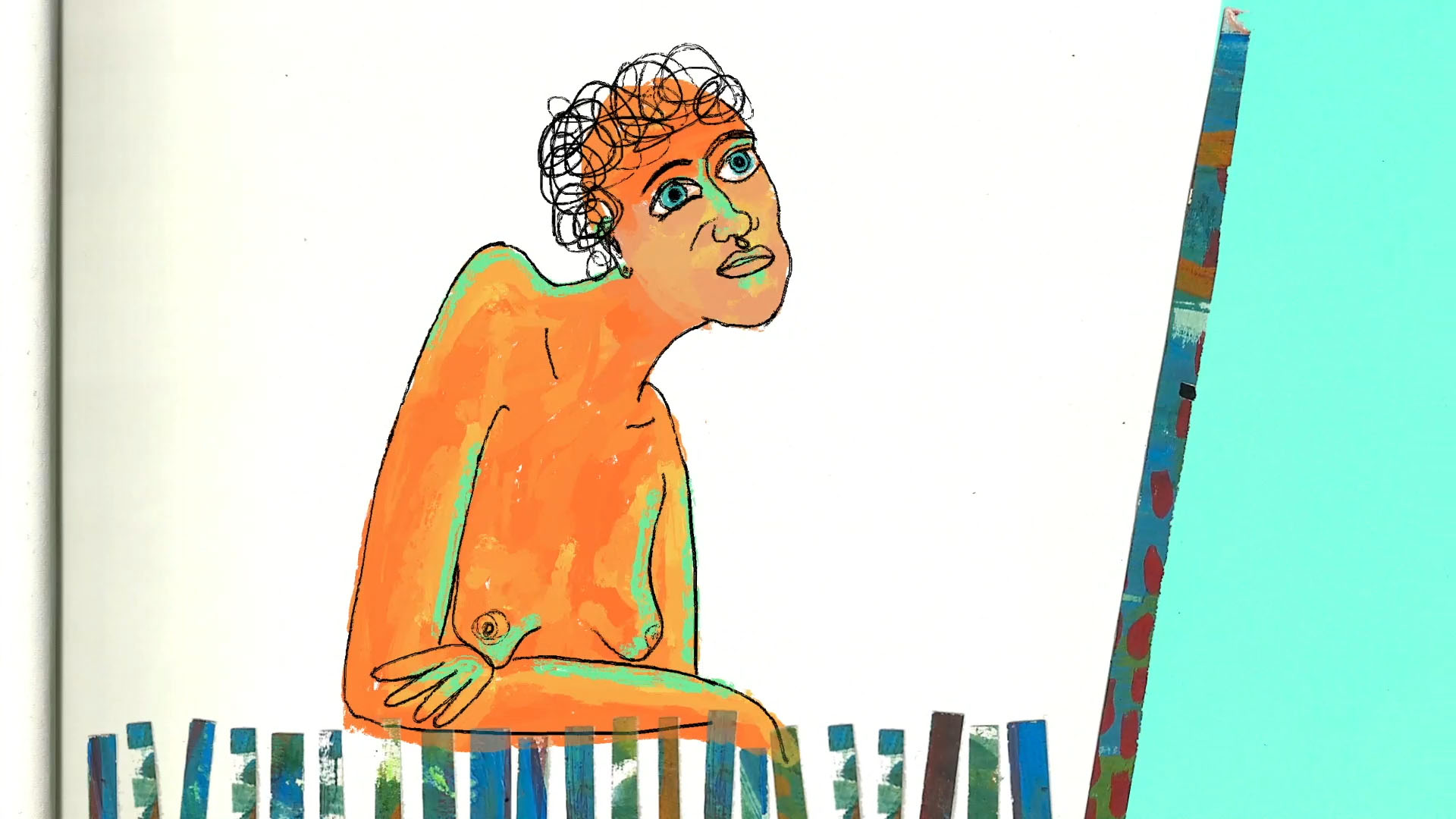 Having interviewed hundreds of filmmakers for Directors Notes and Short of the Week, I’ve found that the most interesting answers usually come from the question, “what inspired your concept?” Generally, with the more abstract films, the question I’m actually asking is “WTF were you thinking when you came up with this premise?” The thought-process behind the film is often as entertaining and inspiring as the film itself and with Lottie Kingslake’s captivating RCA short So I Danced Again…, this is certainly the case. Inspired by sacred dances and structured like a “kind of visual note-taking”, I loved Lottie’s film before she explained the process behind it. Now I love it even more.

Hi Lottie, welcome to Directors Notes. We’re big fans of So I Danced Again… – you describe the film as “notes in an animated sketchbook depict a meandering attempt to investigate the meaning of sounds we hear in the world” but can you expand on how the original concept for the film formed and what you were hoping to explore?

Hello, and thanks so much for having So I Danced Again… on Directors Notes!

It began when I came across some intriguing YouTube videos of a dance practiced by followers of the charismatic mystic Gurdjieff. There was one video I became obsessed with that showed maybe 25 people performing a routine to music. They danced in unison making complicated and purposefully awkward movements in looping patterns and identical robes. The dancers performed in front of a large complicated symbol like a 9-pointed star.

I was hooked and started researching the dances. My understanding is that they are a kind of meditative practice. They aim to activate the mind through concentration, the body through physical movement and the emotions through the power of the music. The teachings of Gurdjieff say that activating all 3 of these things puts you in a state of mind called The Fourth Way. There was something entrancing about watching many individuals perform this spiritual practice in unison and I initially wanted to make these dances the subject of an experimental documentary.

It was soon made clear that they were not interested in being interviewed and didn’t approve of my project.

I managed to make a small amount of contact with some people who were followers of Gurdjieff but it was soon made clear that they were not interested in being interviewed and didn’t approve of my project. I certainly didn’t want to offend anybody so I decided to change the focus of the film while keeping the influences of these beautiful dances into the visuals of the animation. The final film veered quite far from the original concepts but the dances still feature in the final scene of the animation.

Music and sound has such a power to access our emotions so directly and I wanted to continue my investigation by interviewing people who research or utilise music and movement in their work. The film is like a sketchbook or record of this investigation. 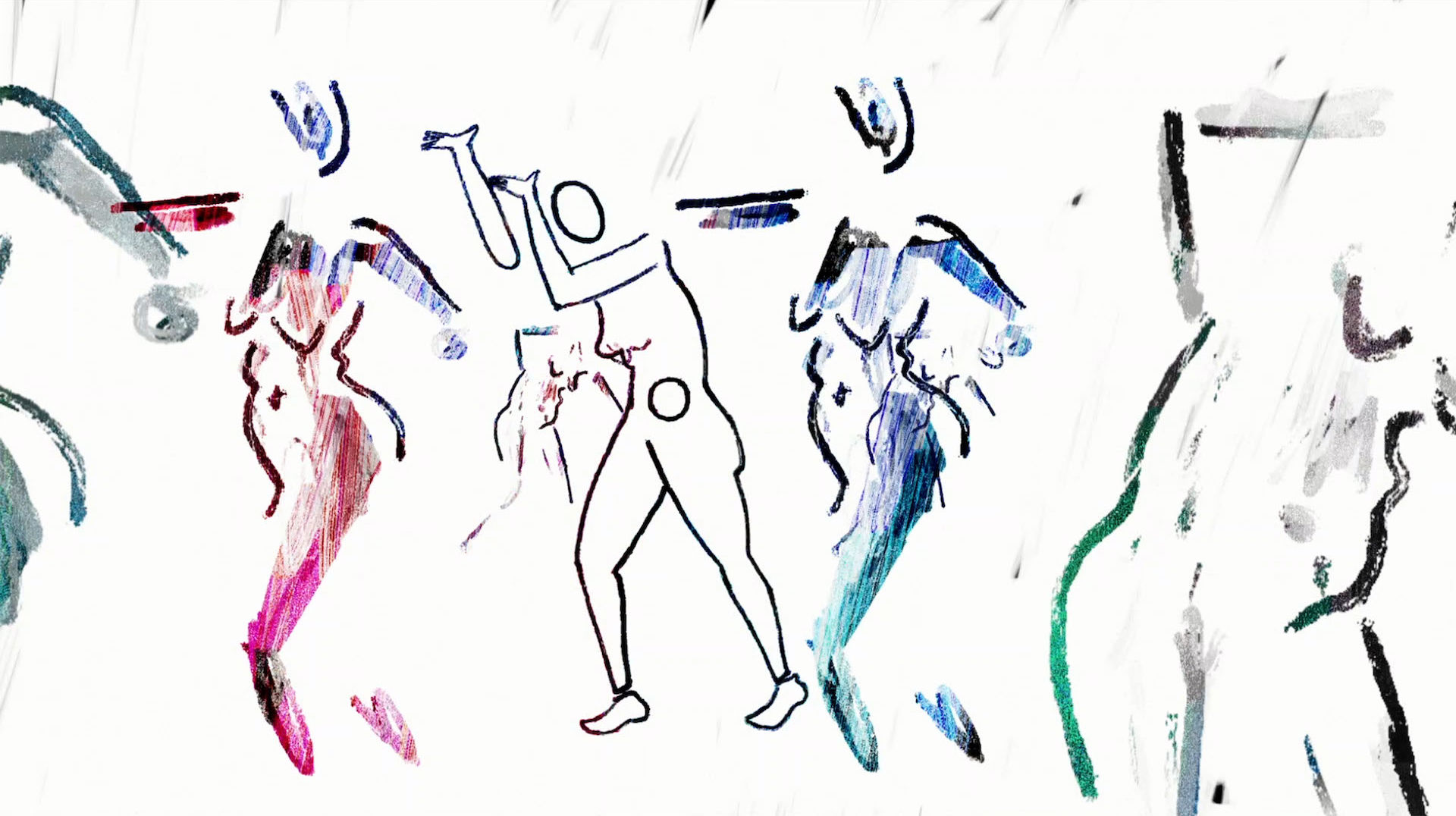 The message of the piece seems to orbit around encouraging people to step back and listen more, why do you think this is an important thing to get people thinking about?

The film is about encouraging a kind of enjoyable listening, and it is also a documentation of the time I spent trying to work out an answer to some sort of mysterious question I was trying to ask myself.

The structure of the film itself ended up being analogous with the whole process of investigating a question. With this kind of project, to begin with the question you’re investigating is “what is this film about?” and as you go about investigating that, you’re taken in all sort of directions. In this case, I ended up interviewing lots of different people who were interested in sound, movement and the therapeutic or spiritual power of music.

The film plays with the sounds I recorded by visualising them in synchronous collage waveforms.

As I started collecting more and more recordings, it did get very confusing as to what I was really making a film about – as if I was expecting to crack some magic code. After a while I realised that I was less interested in the science behind music/dance and really just wanted to carry on enjoying it. So the film plays with the sounds I recorded by visualising them in synchronous collage waveforms, rapid editing, and anything else I experimented with in order to encourage a way of hearing and enjoying the sing-song nature of the sounds I had recorded.

The content became less relevant than the way I was treating the content – if that makes sense. The film is meant to demonstrate that emotional power that sound and movement has over us, in a non-verbal way. It uses the tools of animation to encourage a way of listening to voices and sounds that ignores its content and evaluates the sounds just in rhythmic and melodic terms. 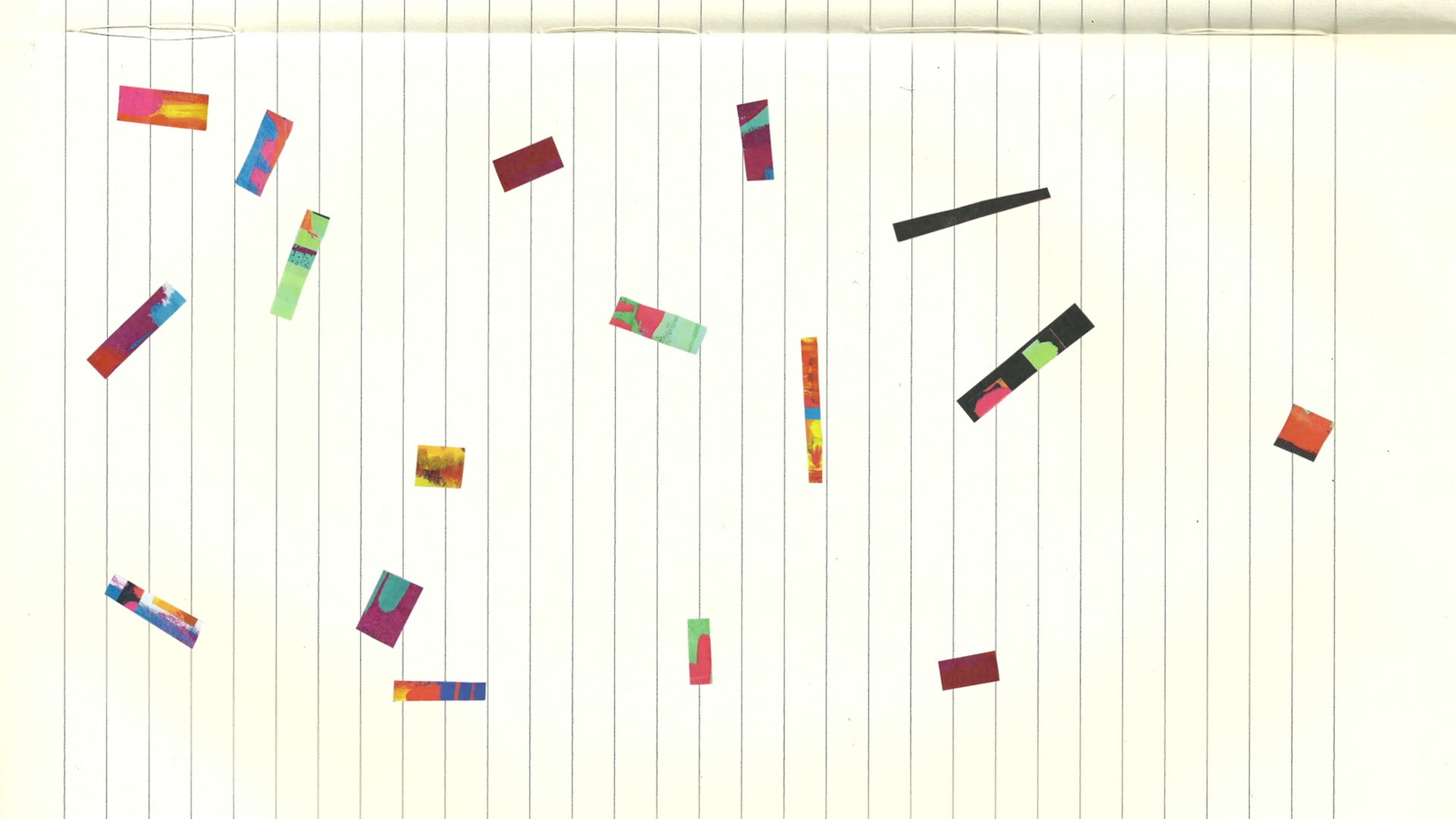 I’m assuming the first step in making your film was collecting/recording the audio, can you tell us a little bit about the process here – who did you talk to, what did you record?

Initially, I was intending to record an interview with the followers of Gurdjieff. But once the Gurdjieff followers had made it clear that they didn’t want to be interviewed, I went to find other people that were either researching or using music in their work. I interviewed a dance teacher, a music therapist, a contact dancer, a dub musician, dancer/neurologist and someone researching the benefits of group music sessions for mental health.

I was often thinking of the words – rhythm, synchrony and empathy.

It seemed me that all of the people I spoke to were trying to tap into the same thing as the Gurdjieff followers, this mysterious power that music and movement have on us. I was often thinking of the words – rhythm, synchrony and empathy.

With the recordings in place, how did you decide what was going to feature in the film? Was it an easy process or did it take some work to get the audio edit in place?

After I listened back to myself having conversations and interviewing people, I initially picked out the sections of audio that I thought made the most interesting intellectual point. But then I found that actually, my favourite clips of audio were the bits where the voice stumbles or makes a satisfying rhythm like a fun tune you can almost sing along to.

I found listening to my own voice pretty excruciating, especially the parts where I just can’t seem to formulate my questions. But when I put these into the edit, my inability to verbalise anything became a key theme of the film and the content of the actual interviews took a backseat to the rhythms and melody that the different voices created.

I can definitely get into loops of just changing things over and over and never really being sure if it’s improving or not.

My aim was always to be very open to changing the edit throughout the process and I didn’t lock it down until the very end. Even after initially finishing it in 2017, I recently came back to it and took some things out, swapped things around and changed some of the visuals. I can definitely get into loops of just changing things over and over and never really being sure if it’s improving or not.

Following on from that, can you explain how you decided to visualise the film? There’s a lot going on aesthetically, how did you decide on the style and scenes in the film and how much are they influenced by the audio?

The audio was a big influence on the design of the scenes. As I went about collecting interviews, I was taking out little bits that I liked and making short animation tests. To begin with, I was just treating each scene in isolation and fiddling about with how to emphasise the musicality of the voice using the visuals. Then as I started placing them next to each other it began to feel like a more coherent mess of a style. I wanted it to feel loose and explorative in the editing style as well as the visuals. The film is almost like a record of my year of investigation into the themes I was interested in, so I wanted to keep the idea of a sketchbook in the visuals. It is a kind of visual note-taking.

How long did it take to make the film and what tools/software did you use throughout production?

The film was initially made in a little under a year, but after having not looked at it for about 18 months after that, I did pick it up again and swap lots of things around. So maybe add a couple more months on top of that.

It is a kind of visual note-taking.

I scanned in lots of pages from my sketchbook and arranged them together to create animations. The abstract waveform patterns are made from cut out painted paper collages that I scanned into Photoshop and animated and synced up with the audio in After Effects. A lot of the character animation was drawn in TV Paint and put together in After Effects. I edited the sound together alongside the video in Premiere, before going over the sound in Logic Pro.

The film was created as your final project at the RCA, what have you been working on since you left the course and how important has the time there proved in your career so far?

I absolutely loved my time at the RCA and I feel that it gave me so much space to experiment and try out new ways of working. I think meeting lots of other people who are so enthusiastic and talented in different ways gives you a drive and more confidence to try and make what you want to make.

I’ve been making animations as a freelancer since I left and many of those projects have arrived to me through direct or indirect links from the RCA. I think more than improving my career prospects, it was just a wonderfully creative time and it’s a lovely animation community to be a part of. Working on So I Danced Again… awoke an unruly river of film ideas and I’d love to follow a few of those streams and see where they go.

Where can audiences go to follow your work and exciting projects on the horizon we should keep an eye out for?

I have a website www.lottiekingslake.co.uk, Vimeo page and my Instagram is @lottkin. Thanks so much for watching the film!