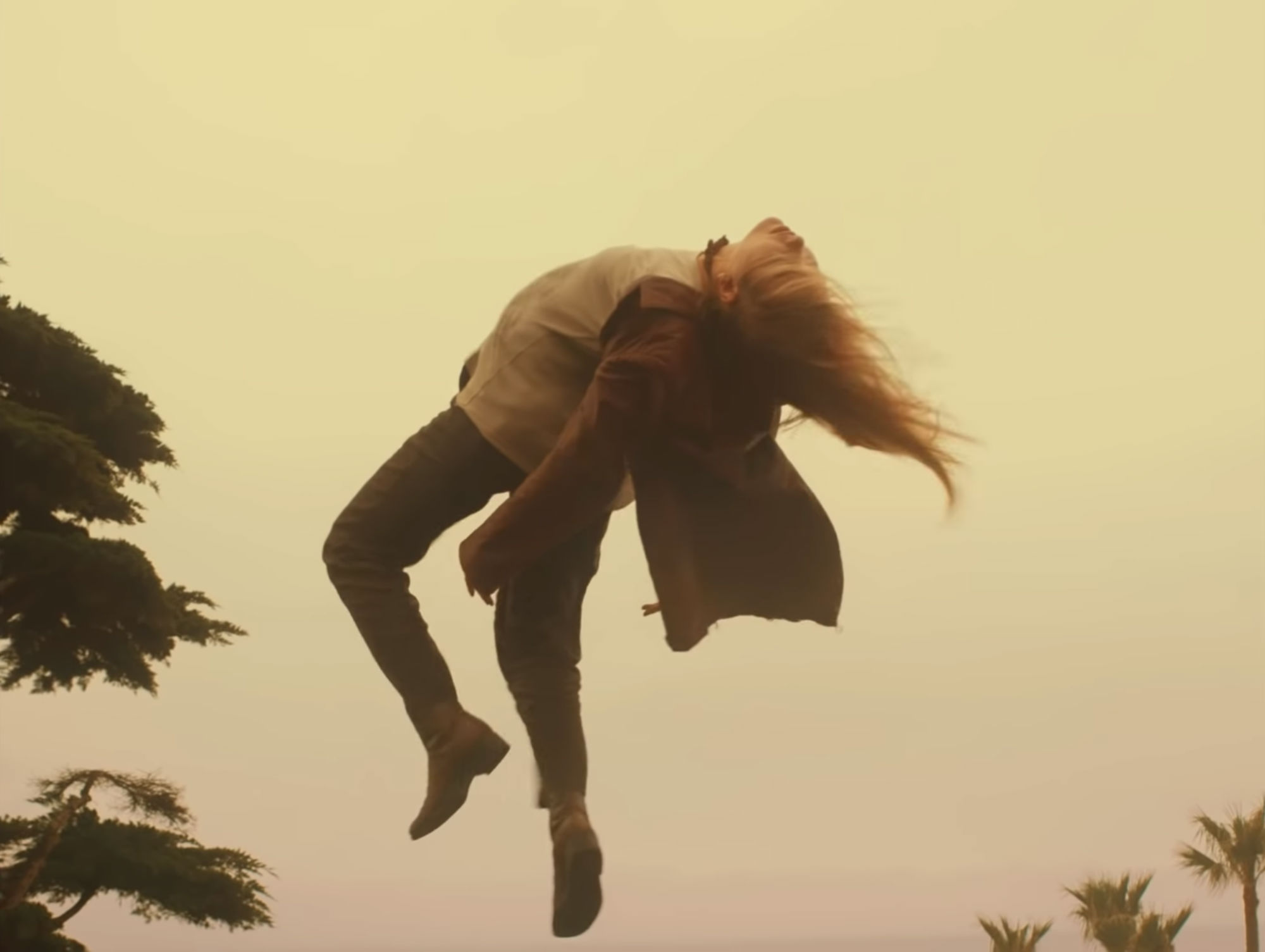 Drawing inspiration from the celestial qualities of Com Truise’s synthwave track Ultrafiche of You as well as the title itself, Gianluca Minucci dives deep into the passage of one life among many, revealing the shared humanity which units us all. A project which required the deployment of various environmental SFX in order to infuse this metaphysical journey with the poetry of the changing seasons, we asked Minucci to explain how milk powder and the “snow burrito” became essential tools in his production arsenal.

The initial concept is based on two premises: the ethereal and dreamy atmospheres of the song and the title itself. The ultrafiches immediately seemed like a great prompt to develop something really personal but also universal, open to everyone. Reinterpreting something merely technological in a humanistic and spiritual key: memory, recollection, the cult of the dead, physical and sensorial sensations. In short, a big archive of lives.

From here came the idea to take the life of one person inside this digital archive of lives, and by synthesis and gemmation, to unravel it through a metaphysical and spiritual journey. I didn’t want it to be funereal, on the contrary, my intention was to address this theme with warmth and delicacy. With their natural elements, the four seasons would allow me to be poetic through metaphor and metonymy.

The ultrafiches immediately seemed like a great prompt to develop something really personal but also universal.

The entire process of realization (pre/production/post) was based on this approach of exaltation and total respect for the elements of nature, starting with the use of real fall foliage. The video was shot in May when vegetation is green, and since I didn’t want to buy green leaves and have the art department paint them, as is usually done in these cases, we were able to find a greenhouse that saves, presses, and vacuum seals real fall leaves. We also made extensive use of environmental SFX (wind machines, rain, biodegradable snow, powder, pollen, flowers, petals, etc.).

On paper, the job was definitely very ambitious and difficult, but thanks to a passionate and hardworking team, guided by our Producers Liana Rae Perez and Catherine Dewar, we were able to communicate this synthesis and celebration of nature: after the location scout, our Costume Designer Lenka Padysakova, drew sketches that were a synthesis of the four seasons, with a color palette that had elements of blue/green, and cream/brown, while our SFX Supervisor Robert Bravo, tested more than thirty different kinds of snow based on density, texture, and shades of white. 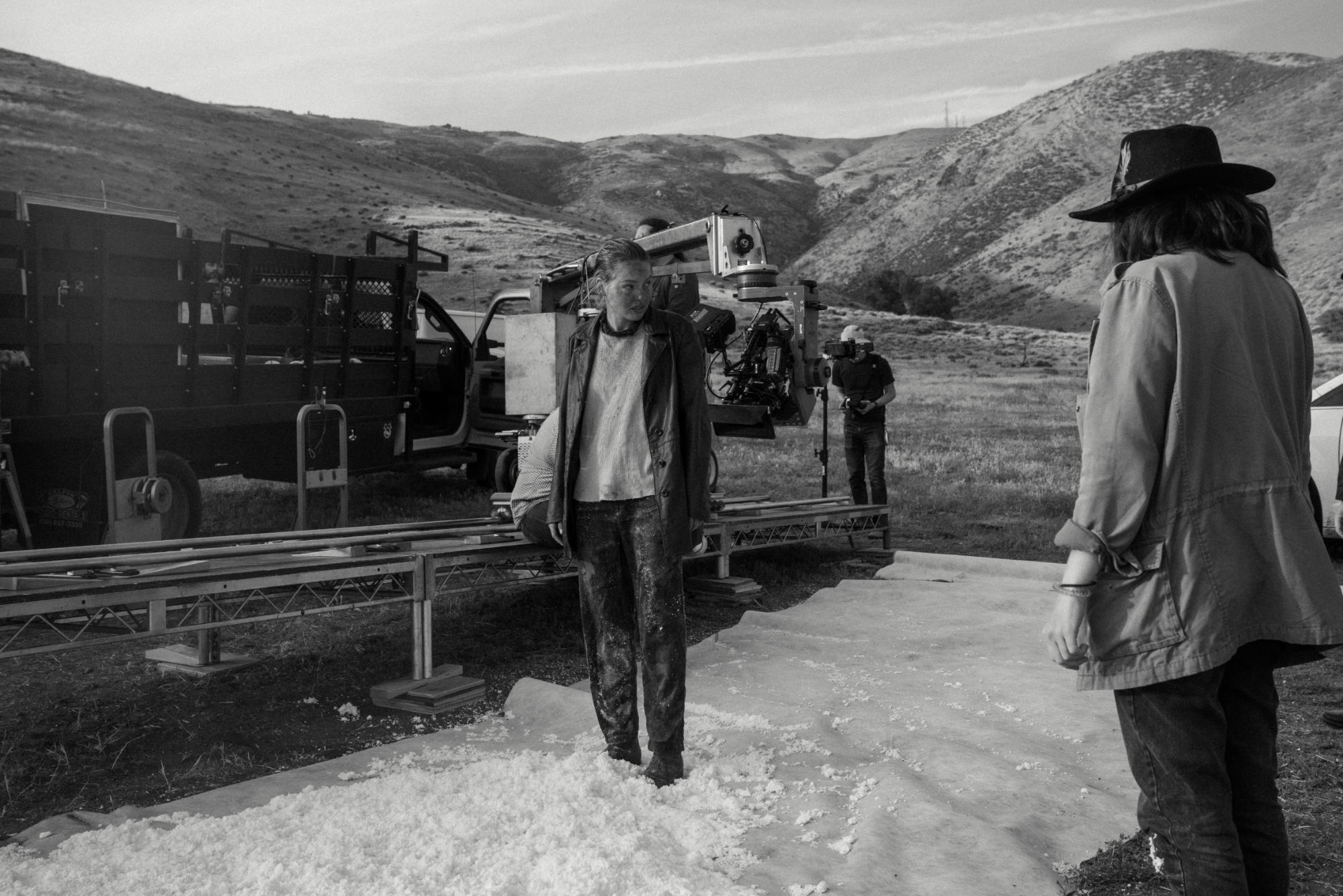 For budget related reasons, we couldn’t have miles of fake snow (the location was a huge ranch in the desert), so Robert came up with what we called the “snow burrito”: 5x5meters of fake snow, placed on a plastic tarp, that could be easily moved for every shot. The snow was then extended with the matte painting of our VFX Supervisor Mauro Maccari.

We used the same approach for our underwater shot (shot in a pool). I didn’t want the shot to look fake – too pristine and clean – and Brett Stanley, our Underwater Cameraman, not only obscured the sides of the pool, as is usually done, but he also added some milk powder to recreate the texture of seawater, with its small impurities.

On paper, the job was definitely very ambitious and difficult.

From a photographic standpoint, the naturalistic point of view (almost pre-Raphaelite), was a source of many long conversations with my DP Jeremy Kerr. We are both great fans of Tarkovsky (especially of his works with DPs Georgy Rerberg and Aleksandr Knyazhinskiy), who mostly used natural light at certain hours of the day, and most of all, blocked and limited this light instead of reinforcing it with strong artificial lights.

This is where we got the idea not to have any lights on the set (this decision was also dictated by the fact that we allocated great part of our budget to environmental SFX and wanted to avoid anything superfluous), but rather, (inspired by Michael Haneke’s DP Christian Berger and the system he invented called Cine Reflect Lighting System) to use an elaborate system of mirrors, flags, and reflectors to block the sunlight when it was too intense and direct it in specific places through the reflection of two, three, or sometimes even five mirrors.

Jeremy and our DIT Matt Maio created LUTs that were inspired by the work of Sven Nykvist in Fanny & Alexander, that began with warmer tones and shifted to colder tones, tending to blue. Later, our Colorist Mariateresa Ventrella worked very hard at every detail so that each season would have its own light and atmosphere, categorically avoiding the “digital” look but instead recreating the texture and grain of Kodak stock.

The video was shot in two days with an Alexa Mini and Super Baltar lenses in 4:3 format. We wanted to recreate ancient and ethereal atmospheres, in low contrast but with a warm and rich texture. Atmospheres from 70s movies that would avoid all digital sharpness. Jeremy and I never had any doubt that the Baltars were the only right choice for us, and Alexa Lopez at Panavision gave us all the necessary support and clarified all our questions.

My takeaway from the process is (as I always thought) to keep it as simple as possible, trying to focus on a few shots (not doing a lot of coverage) and have those shots executed in the best way possible. I’m not a big fan of doing a lot of coverage, which to me feels more of a way to hide poor filmmaking (with a lot of cuts in the editing process). I also very much loved using a lot of environmental SFX (rain machine, wind machine, fake snow, autumn leaves).

All behind the scenes photos in this article were taken by Jessica Perez.