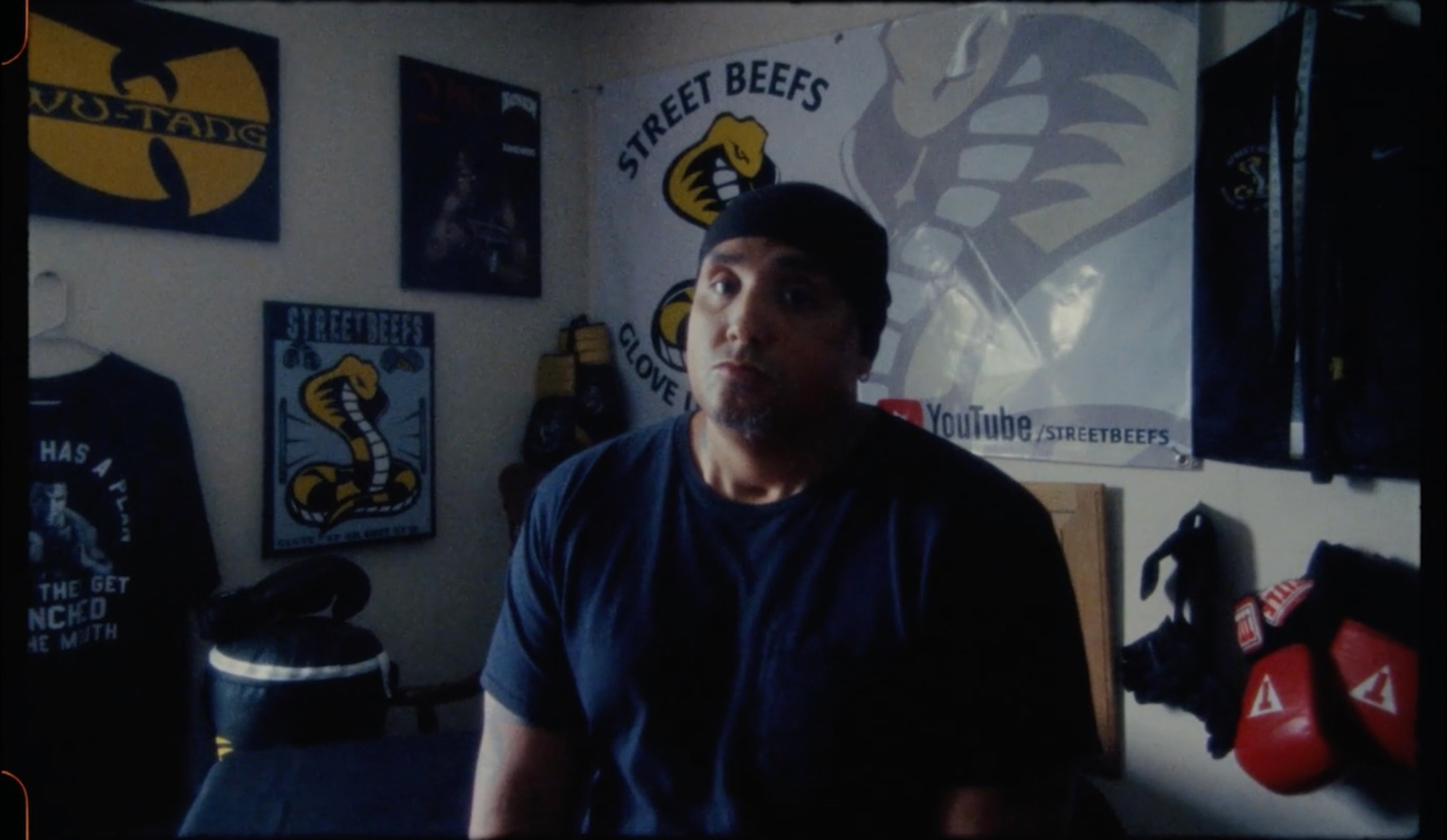 Controlling violence in a society so full of it is tricky, to say the very least. Director Paul Hairston, over the course of three years, has documented a fight club in Virginia called Streetbeefs which was set up not to halt violence in the local area but contain it, to quote Streetbeefs’ founder Scarface, “I believe a fight can solve friction between people without somebody having to die”. Hairston follows Streetbeefs and Scarface with respect and the appropriate amount of subjectivity. It’s an enlightening documentary that seeks to find nuance in commonplace violence and DN was fortunate enough to speak with Hairston about this extensive project.

How did you discover Streetbeefs and what initially inclined you to make a film about it?

I actually discovered Streetbeefs because it operates in my hometown of Harrisonburg, Virginia. Harrisonburg isn’t an especially violent place but when gun or knife violence does happen, it affects them just like any other community. Chris, nicknamed Scarface in the doc, is an ex-con as described in the film and he often was more involved in the communities, not always ex-cons, who suffered from violent disputes. He would lose friends to stabbings and shootings and wished he could prevent them somehow. When I learned he was running this conflict mediation fight club mere minutes away from my parent’s home, I was overwhelmingly curious. Being a documentary filmmaker, the next step was obvious.

Scarface is used as the through line of the film, what was it about him specifically that you connected with?

Scarface is the through line of the film mainly because he started the program and is the head of its operations. He frequently reaches out over potentially violent arguments himself, although many reach out to him. On a more personal level, Chris has an especially insightful and poetic view on violence and its role in modern society. When I first spoke to him about the film, I knew right away he’d offer one of the most compelling interviews I’d ever do. He cares deeply about his home, community and network of friends and Streetbeefs clearly began from an earnest and desperate position.

Could you talk about shooting the fights, was there much planning involved or was it fairly free-flowing?

The fights were fairly straight forward, I actually delayed the shoot multiple times to ensure we had a fight day that had ample matches. Streetbeefs holds the larger events twice or so a month and weather, schedules and even locations were all factors we had to be wary of changing sometimes as little as 24 hours before a shoot date. I can’t thank my crew’s patience enough as the one large fight day came together in mid-October, and had over 30 fights!

Once the date was set and we were shooting, it was pretty spontaneous. We knew we had a plethora of fights available, and the DP Gaul Porat [co-director of More Than the Sum] was unbelievably malleable and reactive to shooting around the ring. We had a litany of shot sequences planned, but we also didn’t want to pose or block arguably the most authentic part of the film. That meant we had to be more on the fly than I’m usually comfortable with. Despite this, between operating 16mm while our Steadicam operator flew our Alexa Mini around the ring and getting 10 different angles over the course of a 15 minute fight, our camera team went above and beyond to ensure the fights looked and felt authentic while also having a variety of aesthetics in the edit.

I began to see violence as less inhuman and more a varying product of culture and even more natural than I’d ever considered.

From spending time around Streetbeefs what did you learn about the place of violence in society?

This question has been one I’ve asked myself more often than I would have imagined since wrapping the shoot. I grew up with a largely pacifistic family, and if you were to ask me about violence’s place in society a decade ago, I would have told you there isn’t one and will never be. But as mass shootings became more frequent and the violence even in the same state in Charlottesville occurred after we started our first leg of the shoot, I began to see violence in drastically less black and white terms. I’ve lost high school friends in my hometown to gun violence over ridiculously petty things. Even at a more currently local level in NYC where I’m based, seeing people’s lives cut short or ruined over an inability to overcome ego or communicate effectively was beyond saddening.

I began to see violence as less inhuman and more a varying product of culture and even more natural than I’d ever considered. The heights of modern violence that we as a species have evolved into is one of terrifying ease and simplicity, especially in the US. My views on violence became more a measure of an end result than a holistic evil, and I now would rather see an outlet involving MMA gloves, a ref and a ring than obituaries with names I knew and imagined a future for.

How long did the whole shoot take, and what precautions did you take to make sure everyone was comfortable in front of the camera?

The shoot took… technically three years. This was only because I initially began the shoot in October of 2016, but the scale of the organisation was relatively smaller and Chris was working another job that demanded his time at random and sporadic schedules. We shot most of the abstract visuals and landscapes then. The fights never ended up happening when we needed them to and I went home with the understanding that I’d pick the shoot back up at a later date. The next few years I watched as Streetbeefs became Chris’s full time occupation and I knew I would only need to wait for another season with enough fights that would allow us to shoot our doc.

Each shoot stretch took from four to six days, and to be honest, not many precautions were taken to make people comfortable. Chris films all of the matches to avoid any misunderstandings of the results and everyone there was comfortable with a camera crew. Not to mention Chris and I lived in the same town for many years together and we had a preexisting relationship, so trust in that we’d depict Chris and Streetbeefs accurately and positively was on our side.

By shining a light on this fight club, what do you hope people take away or learn from watching it?

I hope that people take away only what I did, that violence, and life, is far more nuanced, layered and complicated than we’d ever like to label it. Many of these people involved in disputes within Streetbeefs walk away as friends only after they were able to look each other in the eyes and confront their intentions in a monitored environment. Now a large part of the fights are for sport and the same people who first came to settle a dispute come to see new friends and a community they wouldn’t have had otherwise.

There are other organizations like Streetbeefs I’ve come to know since starting this project, but Chris runs his program with a unique honesty and empathy. I grew up easily dismissing people who resorted to violence to solve problems as barbaric, but oversimplified and uninformed opinions like that are what divide us more than anything else these days. I hope this film gives people an opportunity to learn to see past unfamiliar, callous or even diametrically opposed exteriors to something we all share.

What projects are you working on now?

I am currently working on a narrative film with the above theme about what unites us more than divides us. It’s been increasingly disheartening seeing such an increase of widespread dehumanization in politics lately and my next project’s main goal is ideally an anthem for what we all share.