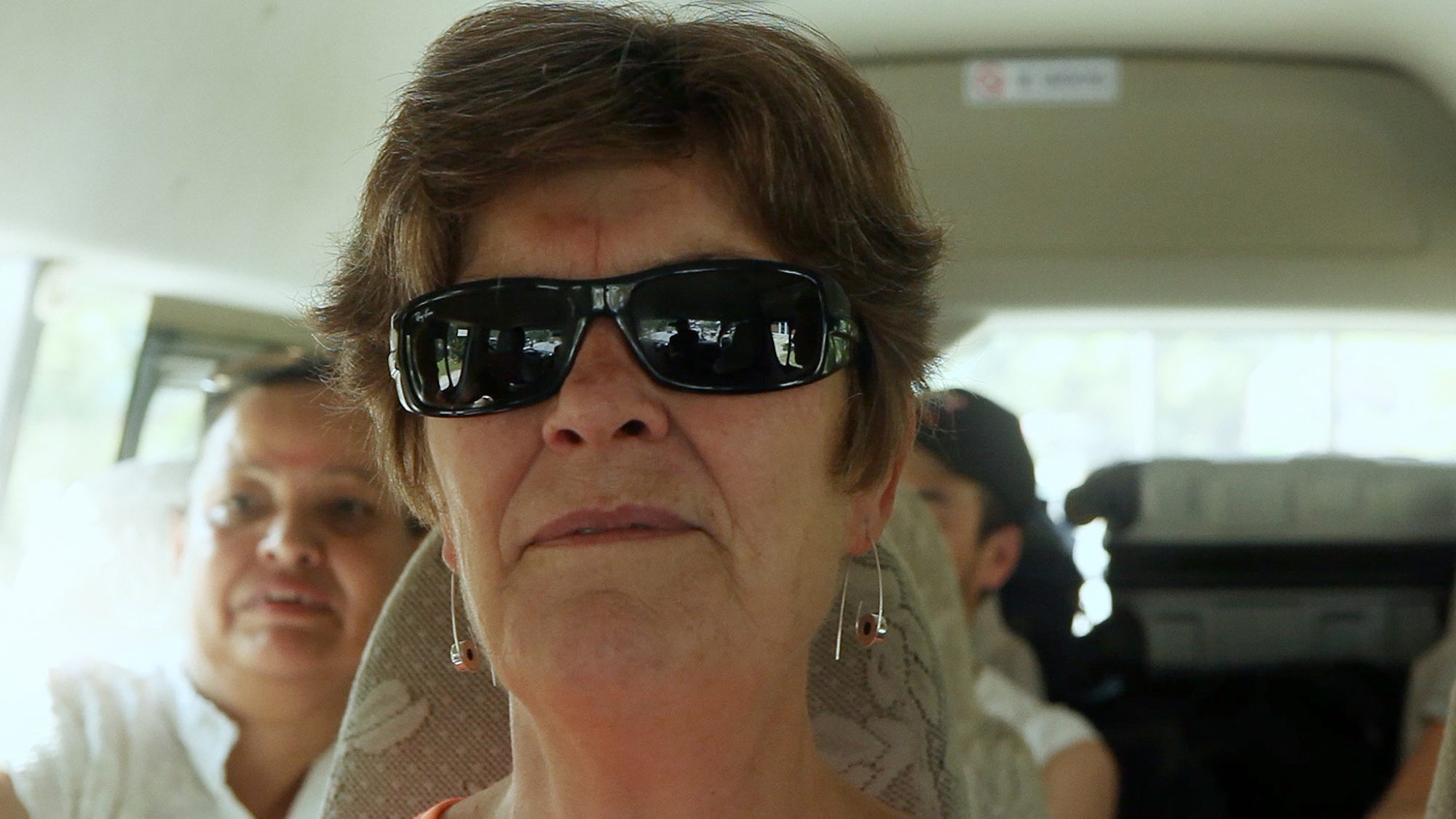 In her short documentary A Woman Like Me, Isabel Morales Bondy observes the meeting of two women, Dorte and Budhi, who are both deafblind, meaning they have little or no useful hearing and little or no useful sight. Bondy documents Dorte’s visit to Budhi in Nepal, beautifully observing the relationship between the two. It’s a film that succinctly encompasses an attempt to present the experience of deafblindess to an audience that would otherwise be unable to comprehend that condition. DN caught up with Bondy as she talked about the responsibility of this project, and how she tackled shooting the close and personal experience shared by these women.

How did you hear about these women and what compelled you to tell their story?

I was hired by the Danish Deafblind Association to document their work with the deafblind in Nepal. Dorte, the Danish deafblind lady, worked for them. It was a bizarre world to be immersed in; a world without words, where I could only communicate with Dorte through a set of interpreters. Dorte met Budhi on the second day of our trip, she’d been informed that a woman roughly her same age was losing her ability to communicate. It was the first time I saw Dorte directly communicate with another deafblind person. Observing this encounter, the intense ‘silence’ of it, so intimate yet inaccessible to me, made a big impression. The next day, Dorte told me she’d dreamt about Budhi. That was the moment I realised there was a story to be told.

Tell me about the process of creating the sonic and visual representation of being deafblind?

The visuals representing deafblindness were based on descriptions I got from Dorte about how she experienced the world. She has tunnel vision, her range of vision being about one to two degrees, for perspective someone with good sight has 180 degrees range. She can detect changes in light, but can’t see colours and the little vision she has is not sharp. She was born completely deaf so we played with how it must feel to ’speak’ with someone through touch, and translated that to a sonic experience. 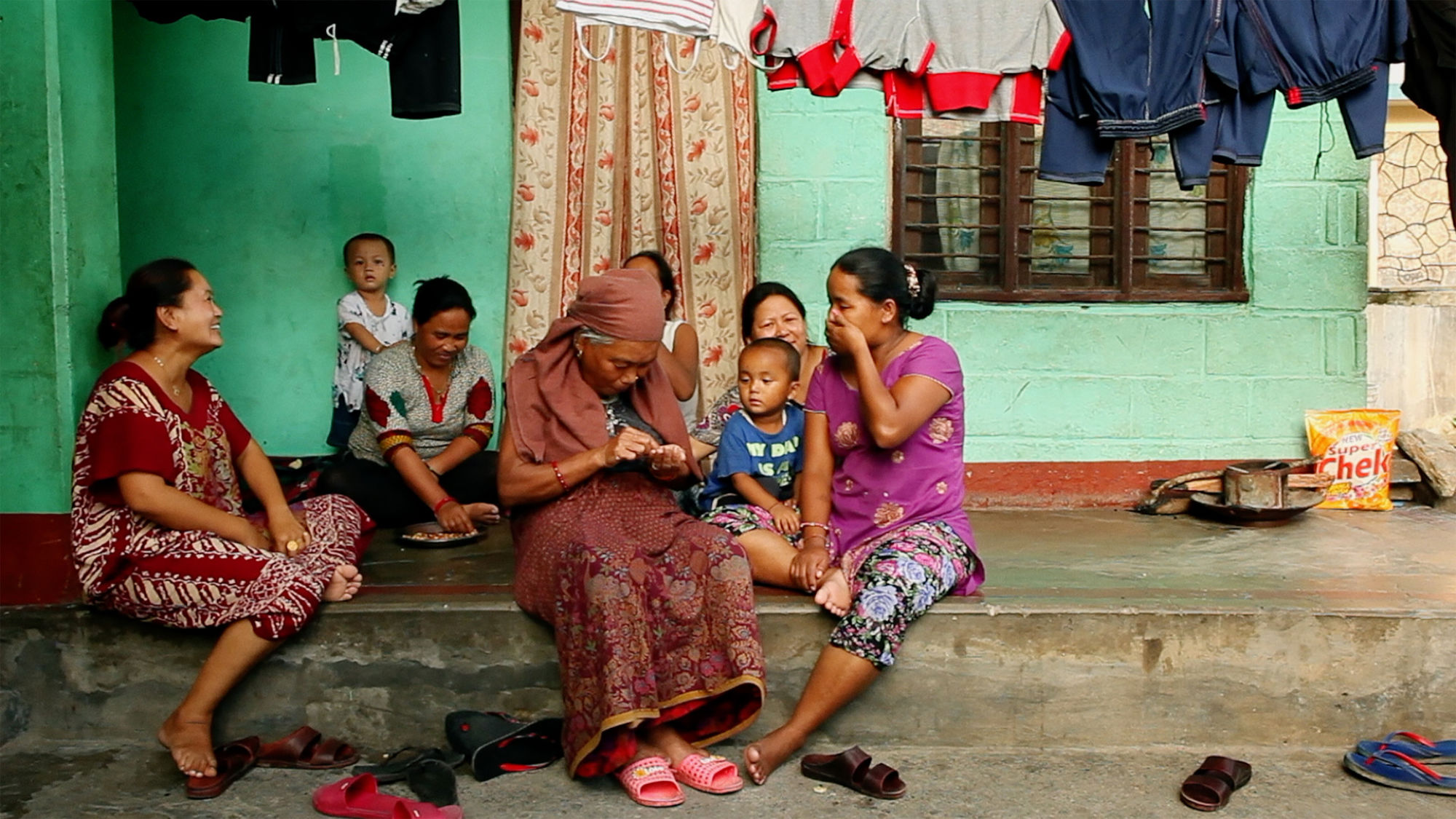 How much footage did you capture in total? How long was the entire trip?

The trip lasted two weeks because I documented different aspects of their work. Dorte’s meeting with Budhi only lasted about two hours though, so for this film I had like three to four hours of footage to work from. It was not a lot of material, but it took a long time in the edit to find a way to be honest yet live up to the complexity of that encounter.

The style of the film feels very observational, non-judgemental and respectful, could you talk about your method behind choosing how to portray these women?

When Dorte told me about her dream the day after she visited Budhi, I was unsettled and confused. I hadn’t thought about the cultural implications of that meeting. A part of me had naively assumed that these women who were born with the exact same rare disability, would somehow consider themselves equals. Dorte’s judgement of Budhi’s lack of privilege made me uncomfortable. I read the encounter in a different way, maybe because I could see Budhi with my eyes, in a way Dorte would never be able to. But I also realised Dorte’s dream surprised me because it stroke a chord in my own assumptions of privilege. I found myself thinking the same thing about Dorte, that she thought about Budhi “how can anyone live in a world like that?”.

I place the audience in my shoes, so they can feel the intimacy of the meeting, but struggle to understand it.

This realisation made me think that, as someone who has sight and hearing, I had to somehow reflect my privileged position in my portrayal of this meeting. Therefore the method tries to stay true to how I lived it. I place the audience in my shoes, so they can feel the intimacy of the meeting, but struggle to understand it. To have assumptions about what they’re seeing, to then refute those assumptions, to make the audience uncomfortable by having a conflicting feelings about Dorte’s assumption of privilege against their own assumption of privilege in regards to both women.

What did Dorte and Budhi make of being filmed?

It’s hard to really know how it must have been for them. I had to tell the interpreters whenever I started recording and when I stopped, so they could signal that to them. But, obviously, they cannot see nor hear me, so that really allowed me to be close. They can sense me of course, but it’s a really special situation in which you can be close without being intrusive. 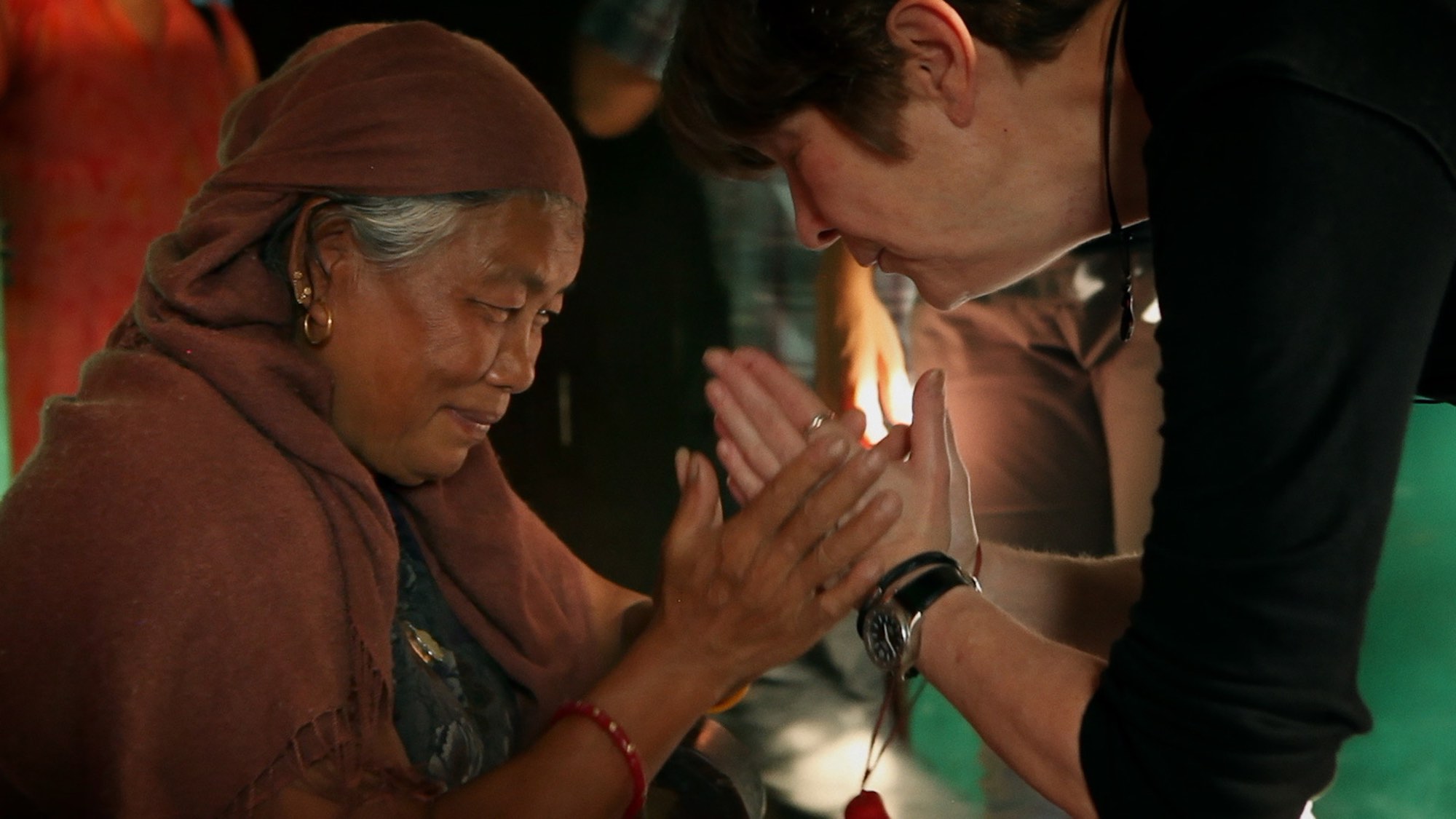 How large was your crew? You capture some very intimate moments quite closely and everyone in A Woman Like Me seems to be mostly unaware of the camera.

It was only me! I was operating the camera and sound at the same time, so that helped with the intimacy, in the small spaces, as well.

I’m working on a really exciting documentary about an Afghan boy who on the cusp of turning 18 and leaving the care system as a refugee in the UK, struggles to come to terms with his traumatic past. It’s a visceral journey to the world of a sensitive and troubled young man grappling with a life he never planned to live.