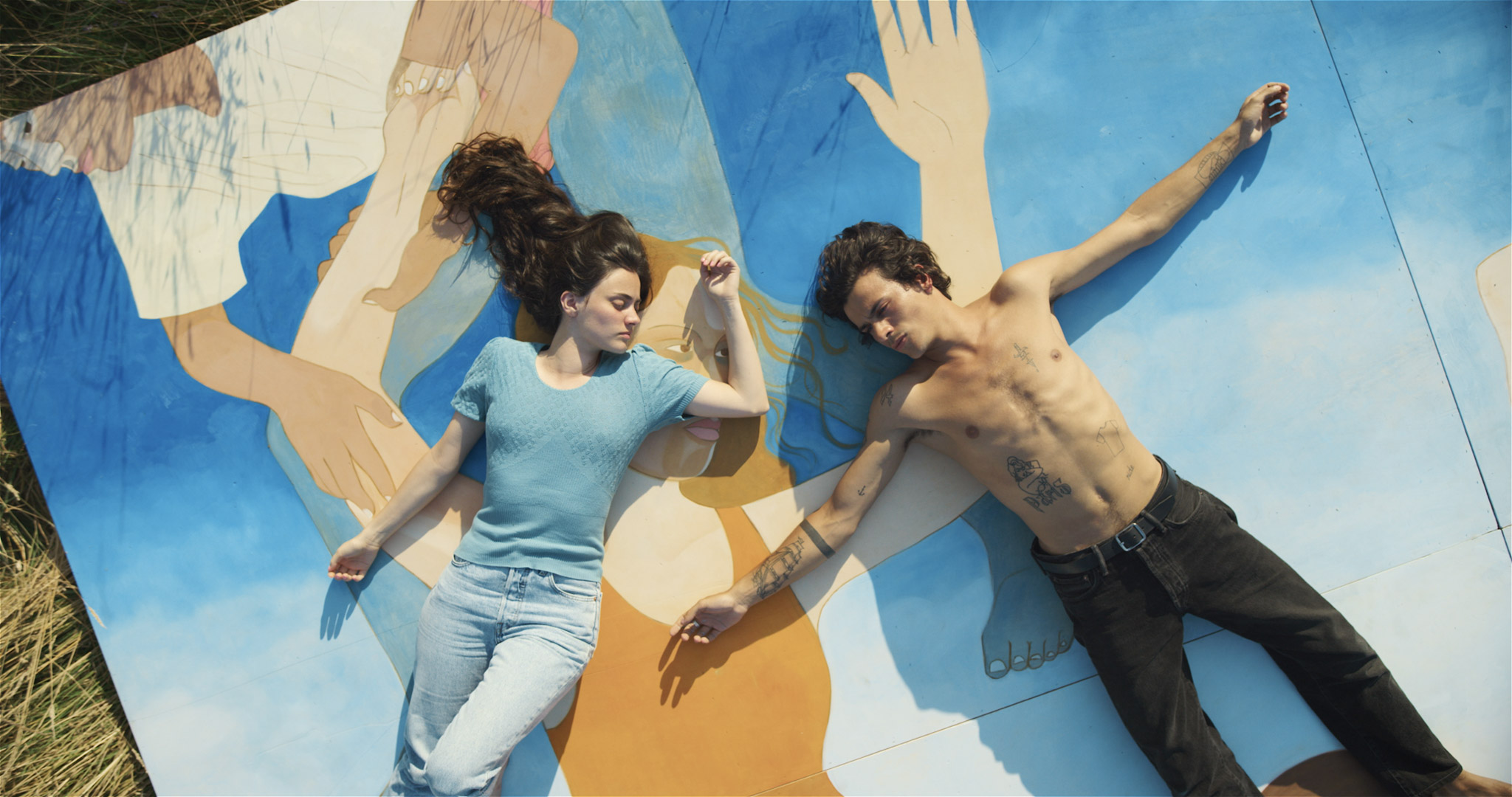 An inspired confluence of vibrate painting and dance unfolding in the once grand rooms of a crumbling castle in the south of France, Parce Que from Motion Palace co-founder Neels Castillon brings new colourful texture and motion to the titular Serge Gainsbourg crooned declaration of love. A continuation of his earlier well received collaboration with dancer Léo Walk, Castillon provides us with some insight into the considerations which enabled him to avoid falling into arty clichés.

Two years ago, I made a first short film with the dancer Léo Walk named ISOLA. Thanks to the Vimeo Staff Pick, it became kind of viral online and we received a lot of love from people all over the world. It was a great experience so we started to think about a second episode.

Luckily we had the opportunity to use the wonderful song Parce Que performed by Serge Gainsbourg. So I introduced Leo to my friend the great painter Inès Longevial. We wanted to collaborate, mixing dancing, painting and filmmaking.

Mixing dancing and painting could easily become an arty ‘cliché’. I wanted to make something truly original so I ask Inès if she would be able to paint a gigantic painting on a 6 by 4 meters wood frame. This way Léo could literally dance on the painting. It took almost two months for Inès to paint everything — it was a huge and absurd job for a 3min short film. I love the characters in Inès’s painting, it was funny to imagine that Léo could become one of them at the end of the short.

I produced this short with my own production company Motion Palace and thanks to our friends from RVZ Paris, we were able to shoot it on the RED MONSTRO 8K with Zeiss Superprime lenses. I love their sharpness and look. I work a lot with my DP Eric Blanckaert and through the years we’ve developed a mutual passion for long shots (using a Steadicam or a Ronin). I think it provides a space for the dancer to really perform.

Mixing dancing and painting could easily become an arty ‘cliché’. I wanted to make something truly original.

I like it when the edit doesn’t kill the vibe which, in my opinion, is often the case with modern music videos. We did the post-production at Mikros MPC as it was important for me to work with a great colorist (Sébastien Mingam) on this film full of colors. This short is a visual interpretation of the song – a beautiful poem about love and breakup.