A Roundup of the BFI London Film Festival 2019 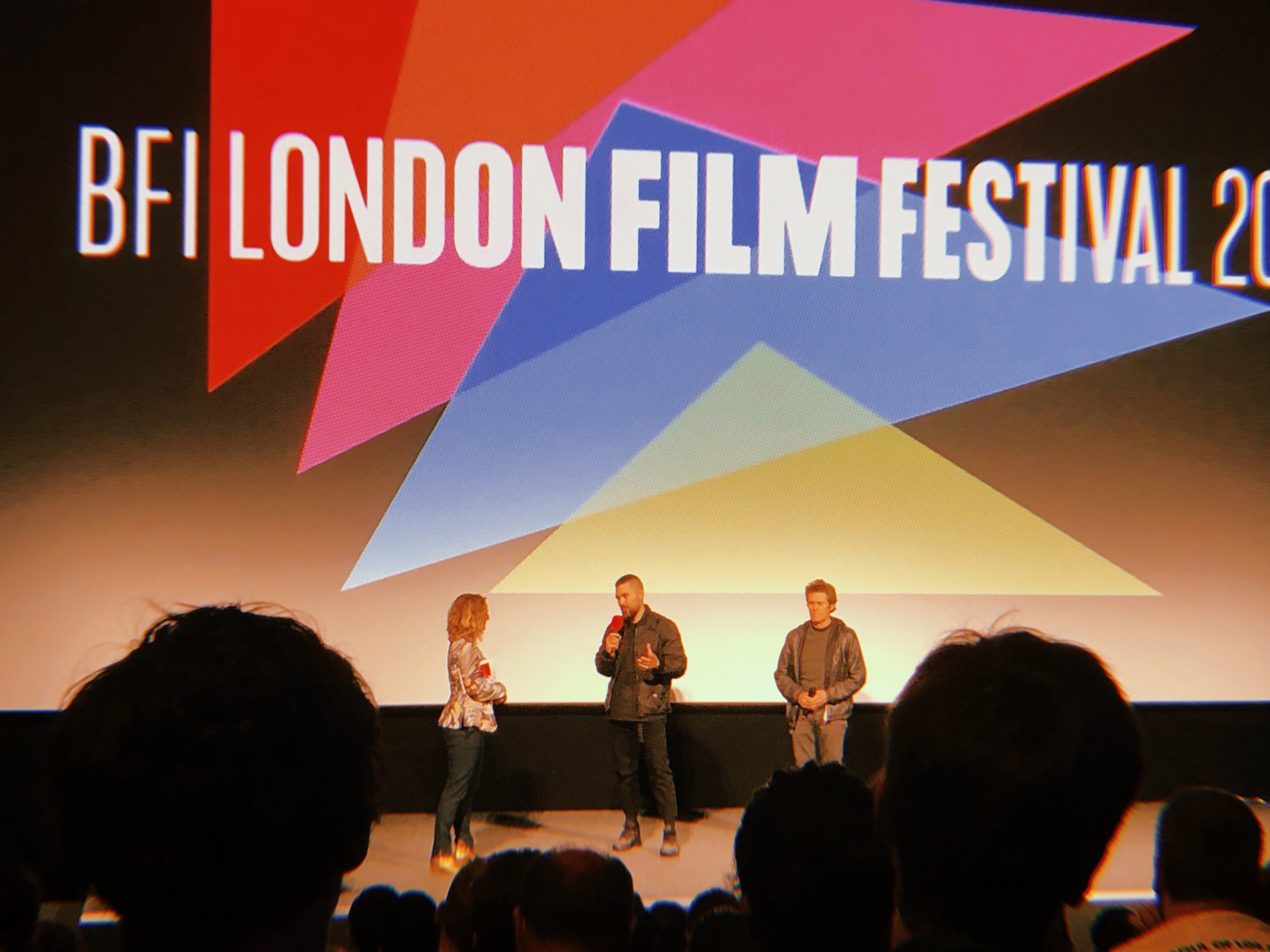 The London Film Festival felt rife with a breath of fresh air this year. The festival was packed with a lineup of films which contained a greater range of perspectives than I’ve seen in previous years. Granted, I’m still a newbie in the grand scheme of things, this festival being my third in attendance, but it was clear from what I have seen, in both short and long form work that the much needed hope for representation in the film industry was being actualised. Even films about white, heterosexual males, seemed to be concerned with scrutinising the patriarchy in some way. Which aptly leads me to my first film of the festival, Robert Eggers’ stormy and folklore-driven The Lighthouse.

Robert Pattinson stars as Ephraim Winslow who works under Dafoe’s Thomas Wake as his assistant in a remote lighthouse set in New England in the 1890s. As someone who didn’t get on with The Witch as much as everyone else, I was pleased to see Eggers place a greater emphasis on shot composition to aid his knack for myth-based tension. The Lighthouse’s use of 35mm black and white film reinforced the tactility of the characters’ bleak conditions which was uncannily reminiscent of Mark Jenkins’ Bait, also released this year, and similarly packed with a surprising amount of laughs. You’ll be sure to see both films washed ashore in my yearly Top Ten Films for DN come the end of 2019.

The screening for The Lighthouse was proceeded by a spontaneous Q&A with Dafoe and Eggers who talked of the benefits for characterisation through on-location shooting and harsh conditions, and both spoke highly of the pleasure of working in difficult conditions towards the purpose creating compelling and artistically-driven work. A terrific start to the festival.

I followed up The Lighthouse with a double bill of independent debut features, starting with Rashaad Ernesto Green’s Harlem-set Premature, an interesting relationship drama set around an African-American couple. It was a compelling debut, with a lot of unintrusive handheld photography, you really get a sense of the focus Green wants to place on his actors, that this is their film, not his. That was then followed up with Irish-Italian Director Nathalie Biancheri’s Nocturnal, an Ireland-set realist drama concerning a young woman who forms an attraction towards an older man who, unbeknownst to her, she shares a surprising connection. The film rides the very difficult line of being uncomfortable and earnest, and this is down to two superb lead performances by Cosmo Jarvis and Lauren Coe. The festival was off to a strong start.

Continuing through the week, there were many other terrific features. Including a double blazing double bill of Burning Cane and Burning Night. Despite their similar titles, both features couldn’t be more dissimilar. The former is a southern gothic tale turned family portrait full of booze and poeticism, it was directed by the ridiculously young 19 year old Phillip Youmans, who is most definitely a talent to keep your eye on. The latter, however, is about the nocturnal goings-on of a cab driver in Rio. Director Eryk Rocha’s background in documentary clearly proving a strong aid in confidently telling the story of Paolo, the film’s protagonist, and the challenges of his life in this dynamic and spirited city. Hot stuff.

We then jet set over to South America for a double feature of Argentinian highlights. Firstly, Lucio Castro’s End of the Century which weaves its narrative through time and space, as two men form a romance that they thought was anew. Castro’s clever use of structure is full of flair and confidence, it’s certainly one for the romantics. Secondly, Maura Delpero’s Maternal, the story of a women’s refuge run by a group of Nuns in Buenos Aires, is a striking and understated depiction of lives in these environments, and the arresting nature of relationships formed. MarBelle nabbed some deep dive interview time during the festival with Youmans, Rocha, Castro and Delpero, along with directors Henry Blake (County Lines), Svetla Tsotsorkova (Sister) and Hari Sama (This is Not Berlin) – more on these three below – so be sure to subscribe to the DN podcast for those.

The week was broken up with our bread and butter here at DN, short films. It’s always fascinating to follow up Encounters Short Film Festival with London, seeing what shorts made the leap and which ones are premiering at London. As I mentioned in our LFF preview, DN favourites Alice Seabright and Rosie Westhoff were both premiering new shorts centring on sisterhood at the festival. Seabright’s End-O is a comedy/drama about a young woman with Endometriosis, it follows the relationship between her and her sister, highlighting the catharsis of humour during difficult times. Westhoff ventured into new territory with Our Sister, a drama about an autistic teenager and her sister as they live in the aftermath of a bereavement. It’s a beautifully acted short with a pair of humbling performances from the two leads.

Let’s Roll was one of the heart-warmers of the festival. A comedy about the yearly Cooper’s Hill Cheese-Rolling and Wake in Gloucester, UK. Wonderfully British and full of warmth, it’s a great story about living in the shadows of your relatives and overcoming obstacles of expectation. Similarly feel-good yet deceptively clever was David Abramsky’s Dad Joke which tells the story of a disabled comedian performing a show on the night of his son being born. It’s incredibly well-constructed and tense, keeping you on the edge of your seat for the entirety of its 16 minute duration, with, and without spoiling anything, a wickedly entertaining ending.

As a horror fan, I’m always interested to see what the festival decides to showcase for those with a taste for the uncanny, and I wasn’t disappointed. Leszek Mozga was present with Roadkill, a strange and dystopian animation about a world where a type of anthropomorphised deer are the dominant species on the planet. It intelligently flips the roles of animals and humans to witty and darkly hilarious avail. Similarly surreal yet beautifully poetic was Layla Jian Luo’s What Do You Know About The Water And The Moon, the story of a young woman who gives birth to a jellyfish amidst an abortion. It’s a film I haven’t stopped talking about since Encounters, and that seems to be the case following in the aftermath of LFF.

These were just my highlights of some short films that played the festival but, don’t you worry, Team DN have caught a whole range of work at the festival which Rob will be rounding up in our Best Shorts of the Festival article, that’ll be with you shortly.

Back onto some more features. To round out the festival there were a few more long-form highlights. County Lines, a British feature debut from New Zealand born filmmaker Henry Blake, sees a 14 year old boy become caught in the drugs trafficking trade. Blake showcases a real knack for stylistic flair in his film which is driven by a strong central performance from the young and wickedly talented Conrad Khan.

Svetla Tsotsorkova’s Sister is a follow up to her award-winning debut Thirst. It’s another drama following Rayna, a defiant teenager who makes ceramic figures, full of subtlety and a surprising amount of twists and turns, it makes for a truly gripping second feature.

Mexican feature This is Not Berlin is Hari Sama’s fusion of masculinity and culture. Following the World Cup in 1986, we follow Carlos a young man who lives his life to thumping metal of Judas Priest, before becoming immersed in a life of art, politics, drugs and sexual fluidity. A beautifully eclectic work.

The end of the festival for me was The Lodge, the English-language debut from Goodnight Mommy directors Veronika Franz and Severin Fiala. An incredibly tense and tightly concocted boiler-room thriller starring Riley Keough and Richard Armitage. The directing pair have clearly now established themselves as confident weavers of the unhinged and unexpected. The screening was followed by a welcomingly playful Q&A, much to the relief of everyone who had been clawing into their seats for the previous two hours. A reassuring end to another terrific year of London Film Festival.

Subscribe to the Directors Notes podcast to hear all our LFF filmmaker interviews. You can also catch up on all our coverage from the London Film Festival here.