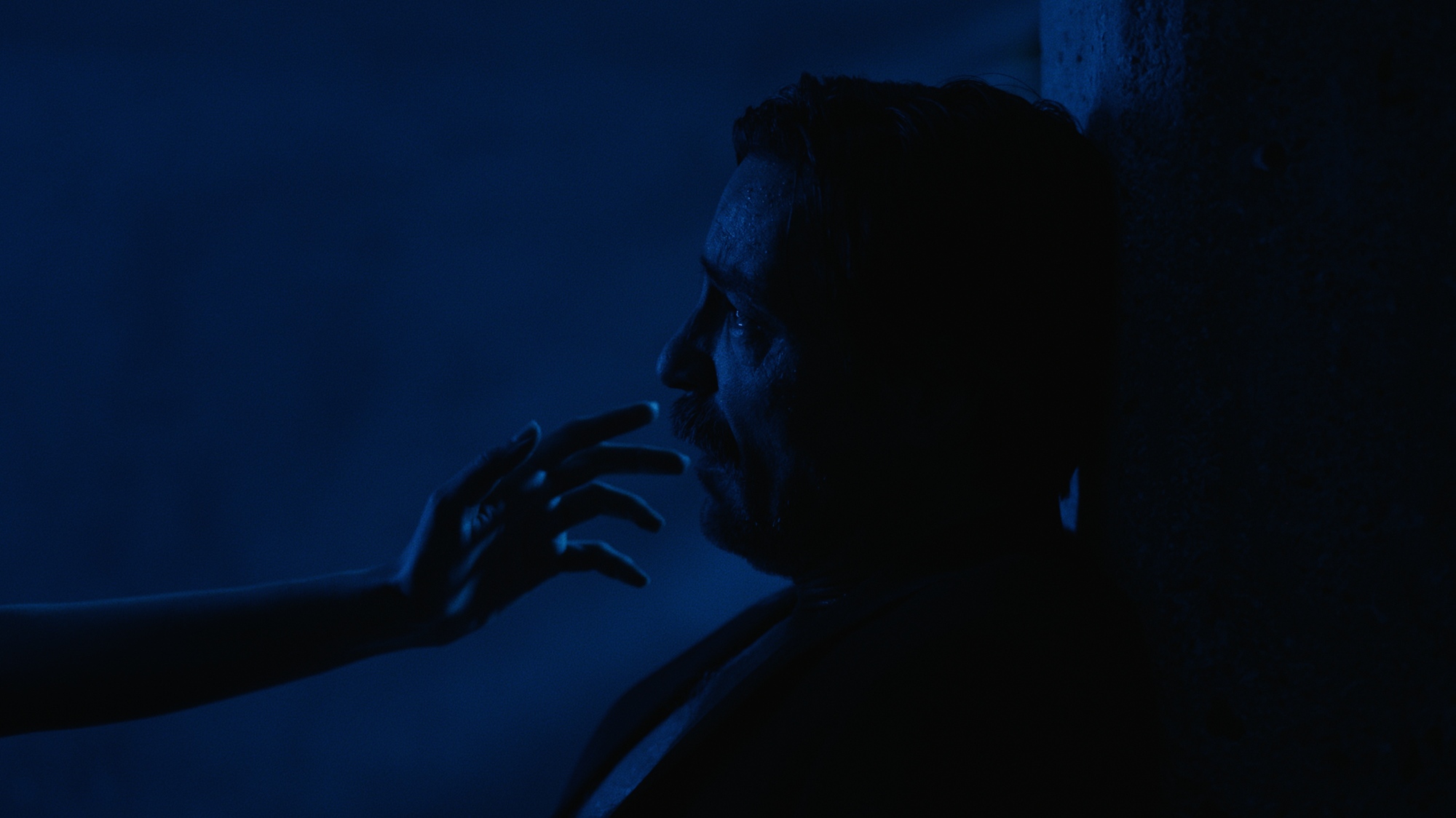 I’ve not done music videos for a couple of years now due the time constrains but this was a pretty special one to be part of and a return to genre. It felt like returning back to my roots – where I started.

My passion lies in cinema and advertising – two fields where I started as a director – where the promos fall somewhere between (for me) and came later as a part of my career. What I always adored in music videos however was the close collaboration with the artist and developing the ideas together. That’s how I did my first videos and that’s the work-flow I used for most of the promos you see on my current reel. Of course, it is pretty unusual in the music industry that the director gets even a chance to meet and creatively spar with the band so it is a little in contrast with the way I started to work in this field.

For this one, the band contacted me and wished to work out everything in close collaboration which I was excited about. It also helped that we’ve known each other for a couple of years now and I’m a huge fan of their music. I still remember when I heard their previous album accidentally in a cafeteria and it felt like the best record of the year – I still think so. However, previous attempts to collaborate always failed. This time the plans, the needs and the expectations matched. 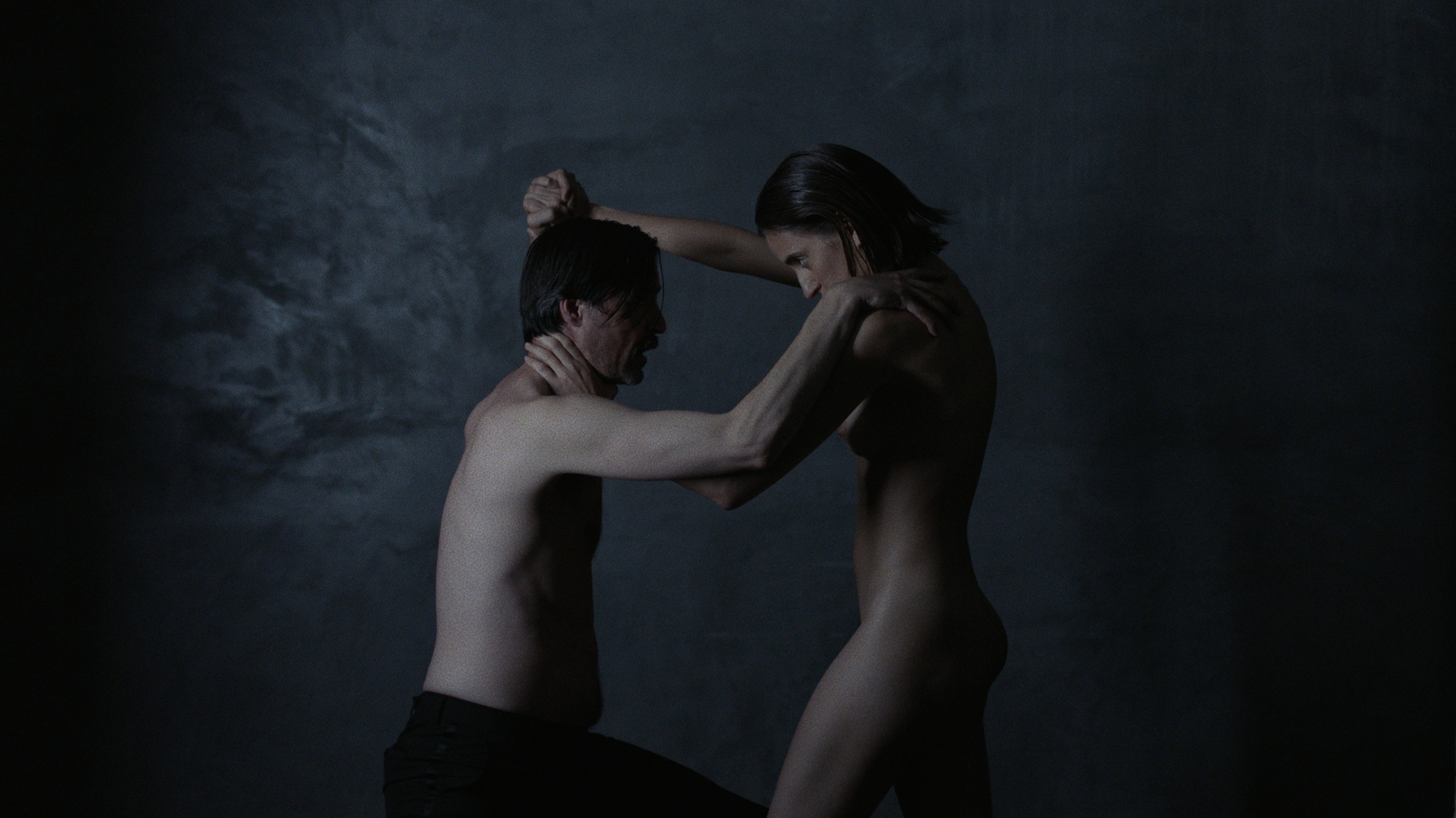 Death thematically fascinates me. It may sound funny to hear this from a director who works in TV spots but I’ve always found existential thoughts intriguing and I feel there’s a lot of undiscovered cinematic potential to explore these themes. However, I never tapped into these themes directly – rather more referring to it in my previous works or having it tonally present – so that was one leap I wanted to take forward in this one.

The band were interested to discover erotism in their video, a genre which hadn’t especially interested me, but after going through reference films, artworks and chatting about philosophies, we found a lot of common ground. It was also something that felt brave and new. And it was another field I’d not tapped in my previous work.

I feel there’s a lot of undiscovered cinematic potential to explore these themes.

Together these two elements formed the basis of the concept and doing something new, brave, a little scary and quite personal was, of course, a dream come true. The last touches were balancing the whole experience between narrative storytelling and pure artistic expression – the latter of which the band and I felt was a crucial part of the end result.

On a narrative level, the lead singer of the group lives in London but is born in Greece. We both love the old greek mythologies – which he is way more familiar with than me – whereas I’ve focused on discovering folklores and mythologies from various cultures. So this brought a lot of associations in terms of logic, reasonings and structure of the story. We’re also both suckers for narrative storytelling – so we wanted to form a basis that had nothing extra to it – all the elements you see are part of the story. It was all about keeping it ‘simple enough’. 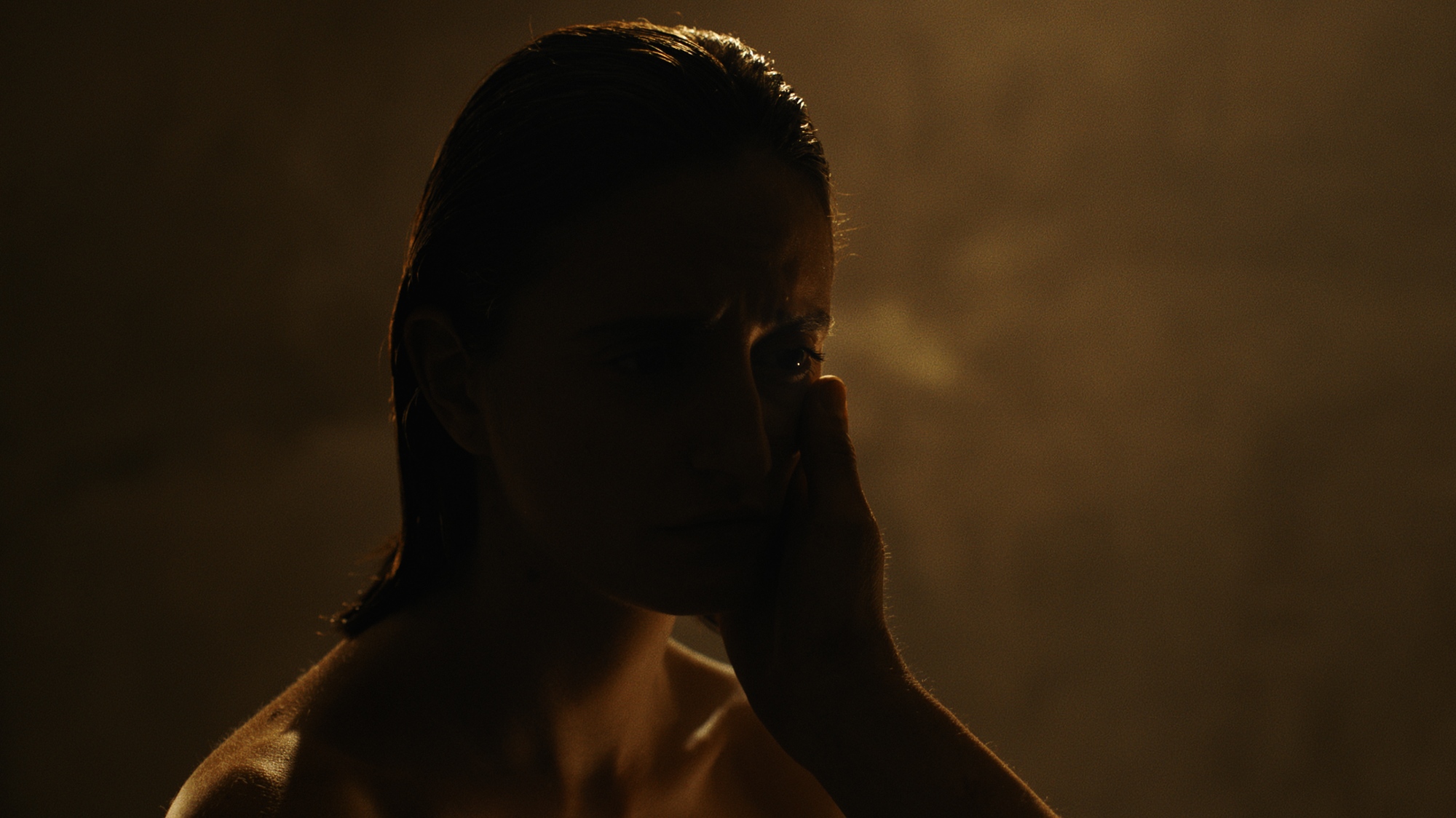 Artistically we went through a lot of artists (from various art forms) who picture death or erotism in their works – perhaps one of the biggest influences being Hieronymus Bosch’s tunnel and imagining journeying through it. But it wasn’t just rediscovering the visuals but the thoughts, associations and philosophies behind these works. Ultimately, we merged together a lot of styles and works of various artists in order to get a voice that reflects the song, feels unique and personal – something you’ve not experienced before.

Everything you see had to be perfect. Good wasn’t enough for us. The cast, the location, the crew, the setting, all had to be spot on, high standard and fit for our purposes. So it took a long time to find those elements and people.

So after I knew who the crew were (which was pretty minimal but extremely talented), got the stars (who I love to work with btw), and the location etc…, it was just about adapting the material for it and detailing the plans. We were exchanging ideas with every single person involved in the process of making the film. We wanted everyone to feel like they were making one of the best works of their career – pushing their skills and expression to the next level and contributing to make the end result unique.

We shot this in June on the Alexa Mini. I got the brief 2 months prior to the filming but had heard the demo already in January so we had a long development time. However, I was busy directing two other projects at the same time so there was also a practical reason for the long development.

Literally the next day after the shoot I had to fly away as I was directing commercial campaigns abroad. I returned to London around the end of August from the other projects so that was our first gap to start post-production. There were simultaneously other films happening at the same time and I was flying away pretty much every second week so after a long discussion, we decided to push everything to be done by the 18th of September. The release was on the 23rd.

Doing something new, brave, a little scary and quite personal was, of course, a dream come true.

In the edit, the main question was to find a balance between how clearly we wanted to tell our story and how much we wanted the audience to interpret the material – leave things to their imagination. We asked for a lot of feedback and had a lot of discussions about it.

I think it is funny to note that around 40% of people who I show the piece to completely get the narrative and all elements in it, there is also another 40% of people who agree on another kind of storyline (which I won’t reveal). From the remaining 20%, I’ve heard some really crazy, even twisted interpretations as well as thoughts that there is no narrative at all. We all agreed that this mixed reaction was good, perhaps to our advantage, and that’s how we decided the picture lock. 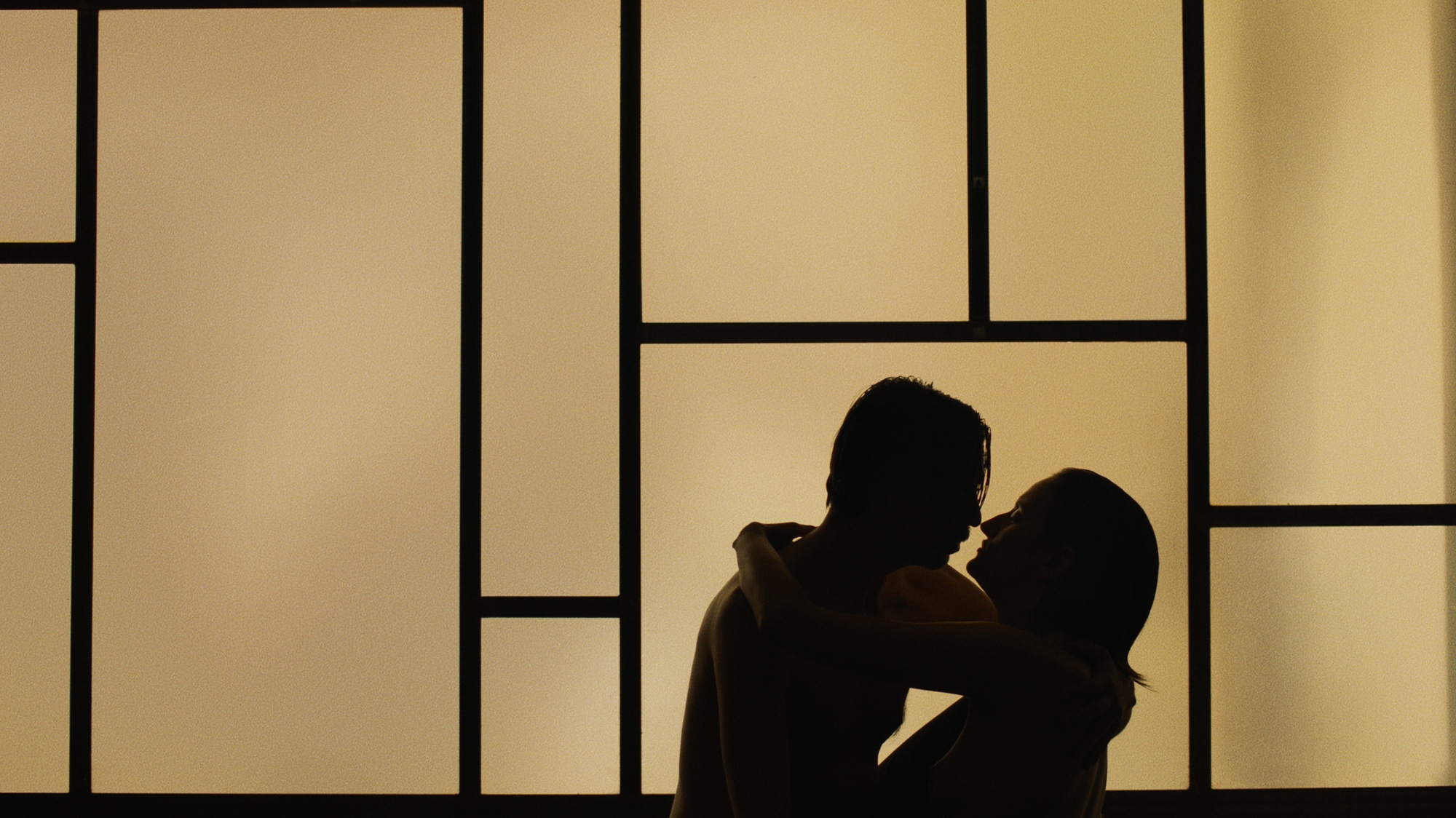 Grading was very detailed and specific. There are just a lot of details you’d not even think of – say for example the pulsing light and matching the transitions between it. The exports, rendering and online compressions were another nightmare. I’ve frankly never worked on material which pushes the limits of today’s compression mechanisms this much. The classic H264, for example, couldn’t handle the footage at all so it took more time to work this out than expected.

Frankly, it wasn’t an easy job to fit everything in the calendar but we were all so excited and eager to just see the end result and release the video. developing a strong (almost blind) thrust in one another helped a lot. I have to say a huge thank you to everyone involved and I feel very grateful about how things turned out. This one goes on the list of the most personal pieces I’ve done to this day.