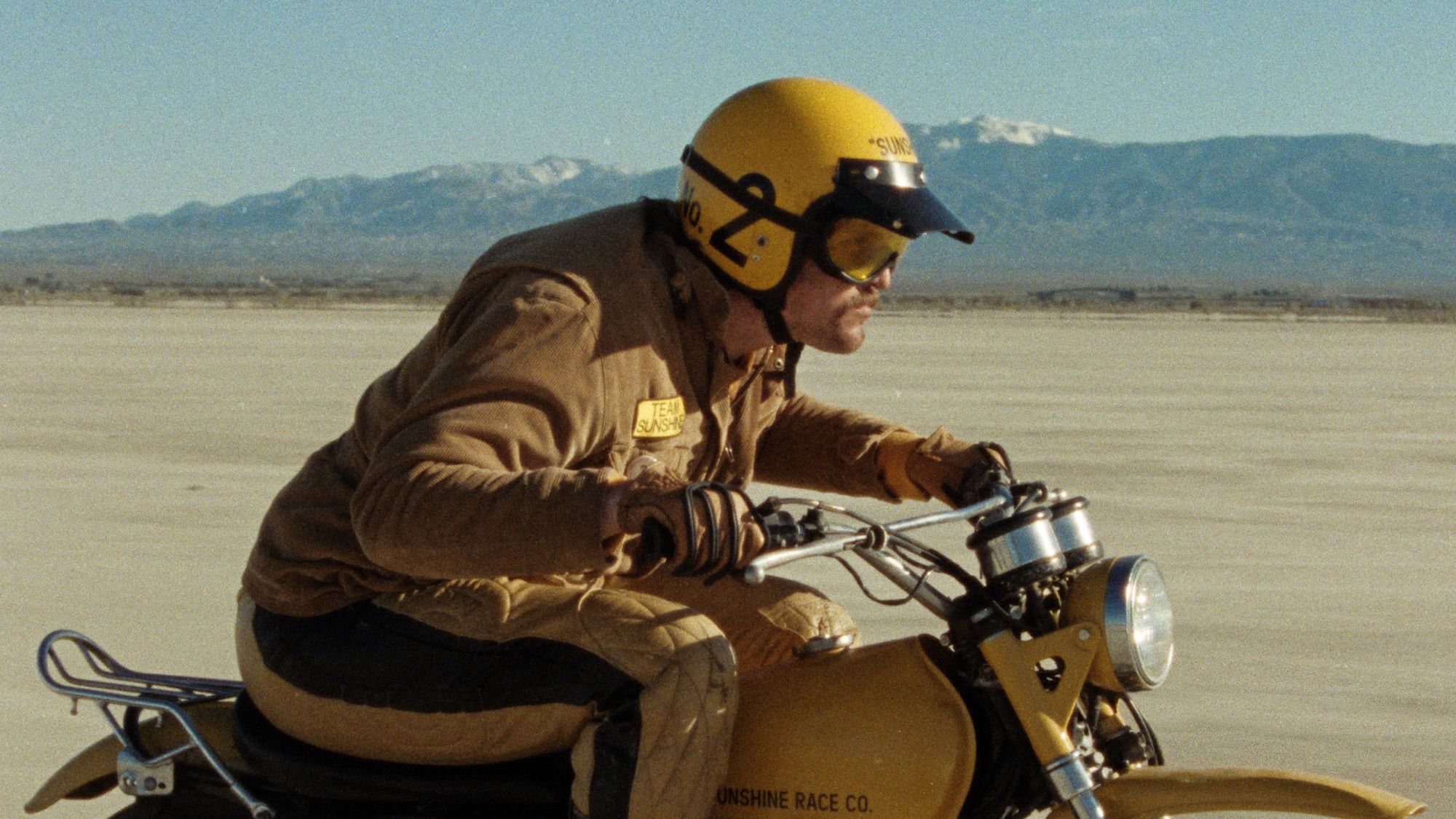 A pitch perfect take on the world of 1970s competitive moto-racing, Zak Marx’s music video for Monster Rally’s Adventure transports us back to the nascent days of the Baja 1000 and the simmering resentment of a #2 ranked rider forever stuck in the shadow of the adored world champion. A very much all hands on deck type of production, Marx explains why his desire to capture the DIY feel of that world naturally led him to shoot on 16mm despite the additional challenges that posed.

I first reached out to Ted Feighan (Monster Rally) a few years ago about doing a project together. I really wanted to do something with a strong narrative and Ted’s music lends itself to that idea so well. I had already been using his tracks to edit a wide range of personal projects over the years so I thought why not reach out. And it worked – he was on board and said, “What do you have in mind?”

Around this time I was revisiting Bruce Brown’s On Any Sunday – a film I grew up watching with my grandfather who was a part of that racing community. There was something about the details of that world, beyond the motorcycles, that just had me excited. The early days of the Baja 1000. Before huge corporate sponsorships, there was a certain DIY sense to it all that I loved. I wanted to recreate that in our own little narrative. 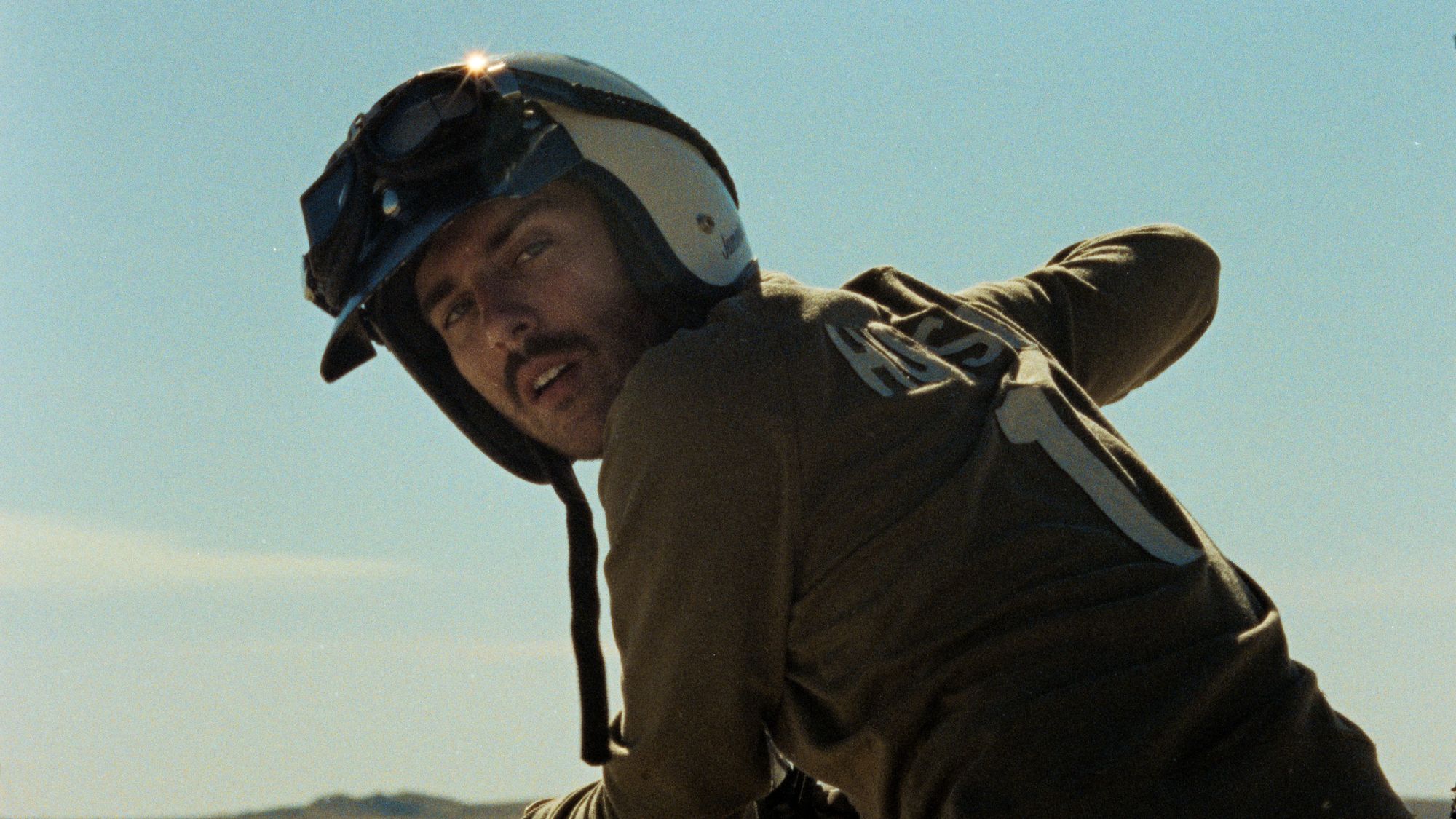 Ted was into the idea so he sent me his album The Flowering Jungle a few months before it was scheduled to release. I went away and started to write an admittedly absurd and bloated story that for multiple reasons was just not feasible. And to get this world right, the cinematographer Emmett Sutherland and I were adamant about shooting this on 16mm film which only added to its impracticality.

There was something about the details of that world, beyond the motorcycles, that just had me excited.

Time passed, other projects came, and that album released. But Ted and I continued to talk and eventually, a few years later, a pocket of time and money opened up. I started rewriting the story with Eddie Fritts Tomaselli – a dear friend who also stars as Jackie in the film – and we went to work. [Fun fact: The actors were originally cast to play the opposite roles.]

We shot it on Super 16mm film using an Arriflex SR3 with the interview scenes shot on the broadcast Ikegami HL-79e camcorder. It was as DIY as you can imagine. Emmett and I produced it ourselves from top to bottom and with the help of friends and family, we quickly threw it together. I designed wardrobe. Emmett painted motorcycles. We drove 6 hours there and back across state lines to buy fireworks (a sequence we shot in Emmett’s driveway until the neighbors called the police). And my fiancé, who I’m now infinitely indebted to, forced the rest of my family to meticulously place flowers on their hands and knees for 12-hours a day while the crew and I cooked in the sun shooting the desert sequences.

And in the end, it all worked out.

Adventure is one of the many great projects shared with the Directors Notes Programmers through our submissions process. If you’d like to join them submit your film.