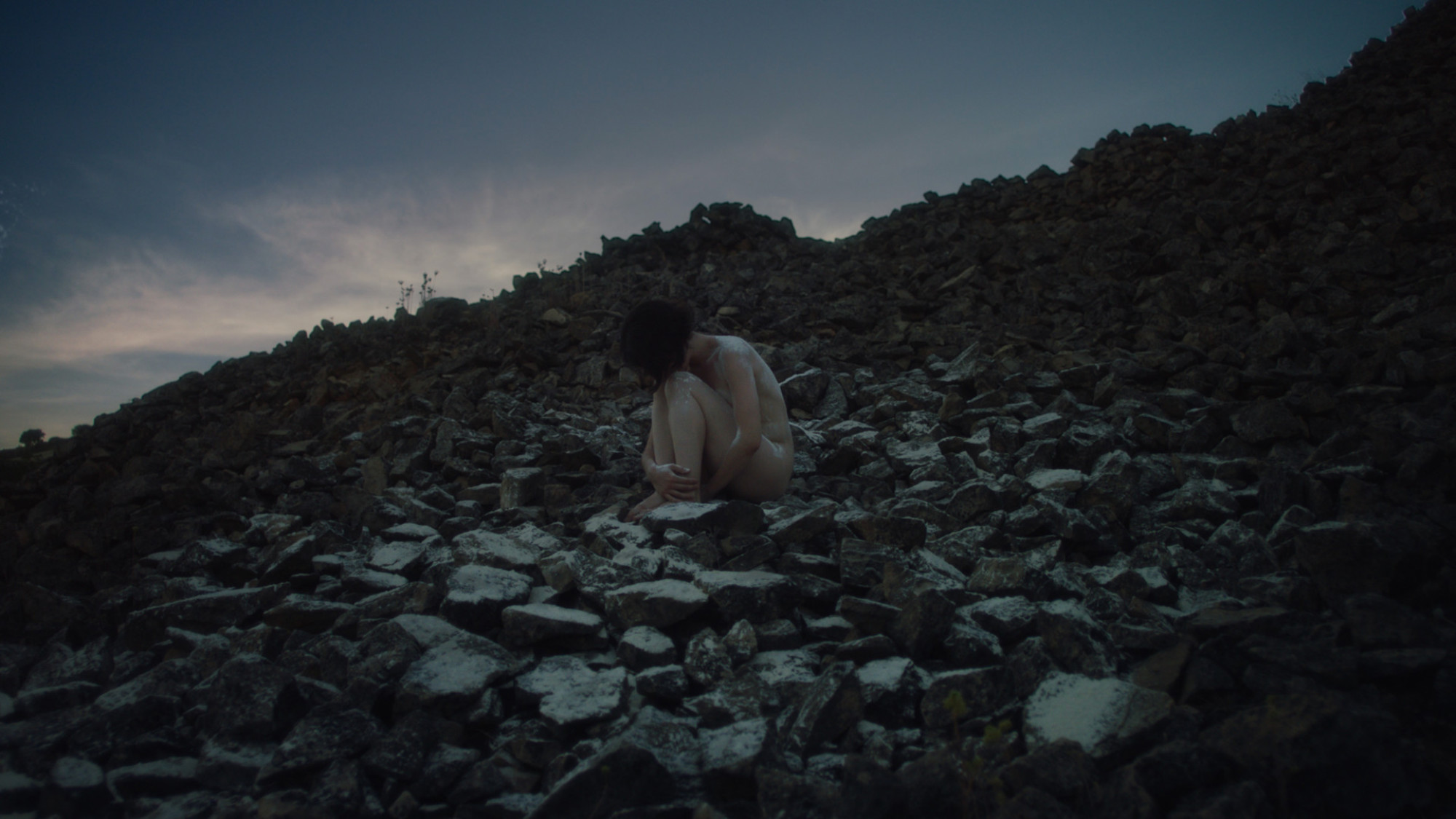 Commissioned for the inaugural issue of Bound Magazine and featuring dance/performance artist Laura Índigo, Diary of Hidden Bodies from Madrid-based Director Joan Bosch contemplates the yearning to become merely matter, a physical body devoid of a soul. Watch it below, after which Bosch reveals how working without a script enabled the creation of a film which would spark rather than determine conversation.

Bound Magazine asked me to create a film about the concept of “Humanoid” for their first issue. Bound is a magazine about objects and materia and this first issue is about art-work around the body all along art-history. So the brief was kind of wide-open for me (and that was great!).

I was sure I wanted to approach the concept of the body as something very material, physical – the concept as something very literal – but I wanted to develop the idea and so the concept through a very spontaneous and abstract approach. I didn’t want to create a script or a very narrative film, I just wanted to talk about the body through images that catch my attention and reinterpret them. My main references came from photographers such as Karin Rosenthal, Ana Mendieta, Bill Brandt or Synchrodogs. The way the environment – the places and their own natural objects: trees, rocks, water, etc. – could be mixed with human bodies (and their moves, and shapes) really catches my attention.

I wanted this film to talk for itself, not to be an explicit “manifest”, but a sensory trip through the experience of just a body without a sense of self or soul.

So I put together a small team (Laura, my fav DOP // Aina, my fav Stylist but here, as an Art Director // Camila, best producer ever // Luis, fav gaffer) and went to shoot the images (Alexa Mini + UltraPrime lenses) over 1 day in the north of Madrid with the amazing talent Laura Índigo who really knows how to express herself through her body. During the process of thinking about those images (knowing the talent and our locations) and shooting them, I wrote down some notes that connected with my approach to the concept of the body. However, I didn’t want to craft something very obvious so I didn’t really focus a lot on the way I wanted to edit the video and make it talk. A script never existed.

However, when I finally arrived in the editing room everything flowed (like during the entire process, which was very cool!) and worked well as if it were perfectly written somewhere. I found an amazing song that fit perfectly to the first edition draft and I could put all my notes together and create a voice-over that wasn’t explicit and helped to construct the mood I wanted. And then, the final touch, the color-grading with Fran (my fav colorist in Madrid) was amazing. Watching him painting is always something amazing.

I wanted this film to talk for itself, not to be an explicit “manifest”, but a sensory trip through the experience of just a body without a sense of self or soul. I think it’s important to have films that make us talk about some topics (such as the body) without giving us a very explicit message. Just some images and abstract ideas that activate us and make us talk about and discuss them. And I hope Diary of Hidden Bodies can do that to the people that see it.