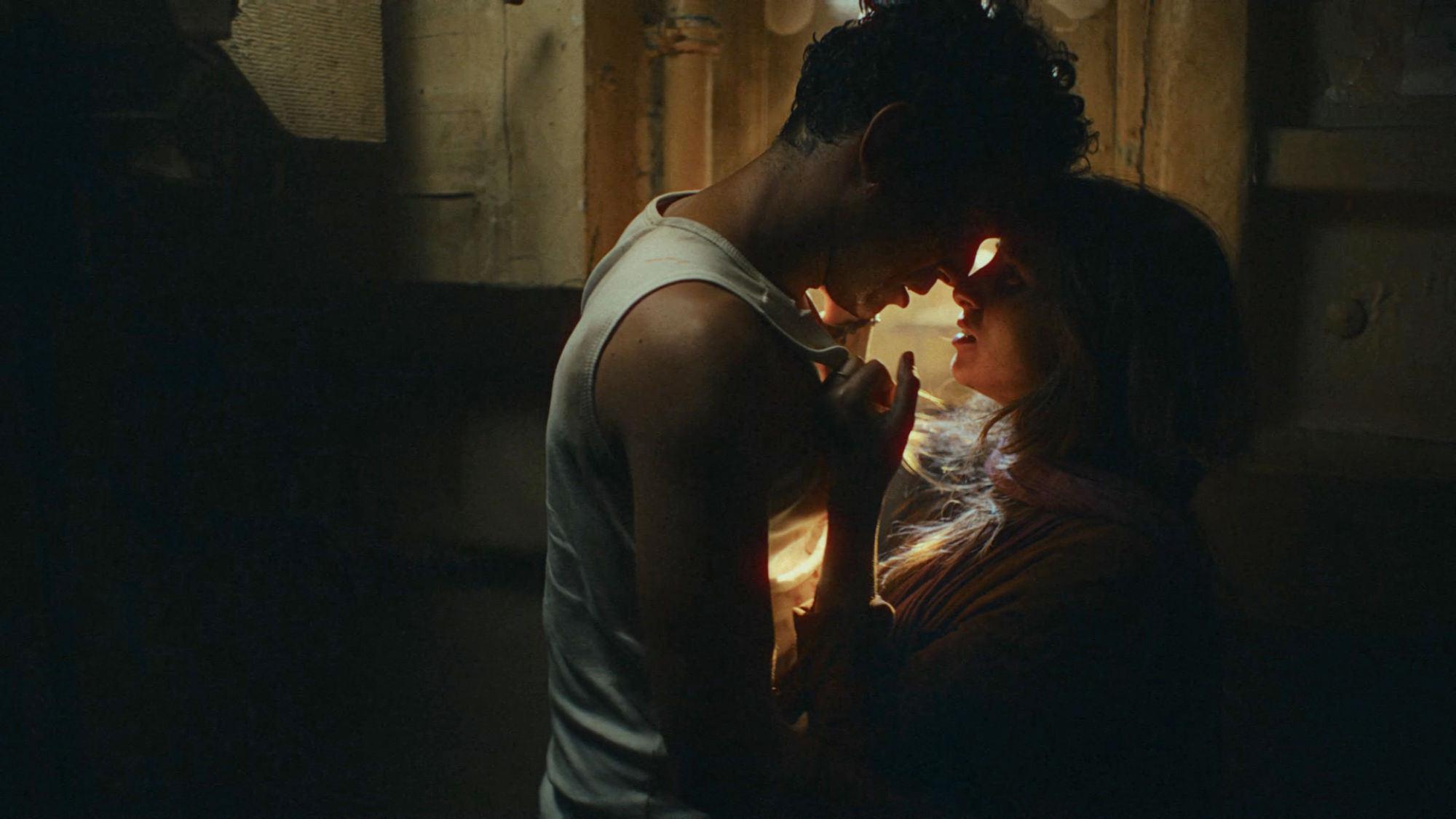 Fuelled by a dogged determination to be reunited with the one he loves, a lone soldier runs the gauntlet of a futuristic war in Portuguese Director Augusto de Fraga’s dystopian music video for the ProfJam remix of Branko & Sango’s Hear From You (feat. Cosima). Watch the epic white knuckle love story below after which Fraga and DoP André Szankowski explain how the freedom of an open brief provided the perfect opportunity to push the boundaries of their filmmaking.

This song tells me a story. I didn’t know the motivations behind who wrote the lyrics, but there was a cinematic side of the music that I wanted to develop, and Branko gave me absolute freedom to create what was my reading of the song, what the words meant to me and especially the feelings beneath it. What I felt when I first heard the song is what I tried to convey in the video.

A simple idea: a love story in a violent context. A sensitive person, full with love, in the middle of a violent war. That contrast seemed interesting to me, and the music seems to have this contrast between good and bad.

The story happens in the future, an apocalyptic future, where there are big social conflicts. We don’t really explain those conflicts, although there has been an art direction job of understanding what the likely conflicts would be in a near future. What we did was recreate, in locations that had this decaying side, a possible future. Where there are conflicts but there is also love and positive things – One positive side of this negative side.

A sensitive person, full with love, in the middle of a violent war. That contrast seemed interesting to me.

Pre-Production started in April with the shoot taking place in June. Post-Production started right after shooting and took 4 months to complete and was done in Musgo Studio – a small studio of two amazingly talented people in Lisbon. The video premiered on Youtube on the 6th of November 2019. A total of 7 months of production time.

In this music video we were able to explore camera stuff and technical challenges that we usually can’t in advertising for the sake of shot length. We tried to take it one step further than we usually do with sequence shots… For example with Florian, the Gimbal Ninja, who is an amazing camera operator. Probably the best in the world. And we also challenged him to make impossible camera shots or sequences that challenge how the shot was made.

We were able to explore camera stuff and technical challenges that we usually can’t in advertising.

One of the challenges of the shots that we wanted to explore is, for example, a camera that comes from a corridor, inside a building and exits through a window, a stunt that jumps through a wooden wall, challenging how the shot was made as much as possible. There was also a proposal, a creative challenge in the music video. A post-production bet, a bet of a photographic universe that we can’t do in other circumstances either. This apocalyptic postwar world… a whole universe created with robots, it’s a bit of a kid’s thing almost, a pleasure to remember why I started making movies… for that kind of universe. Because I can play with fantasy, play with universes that do not exist. It has a very realistic side and a fantasy side that is super interesting to address.