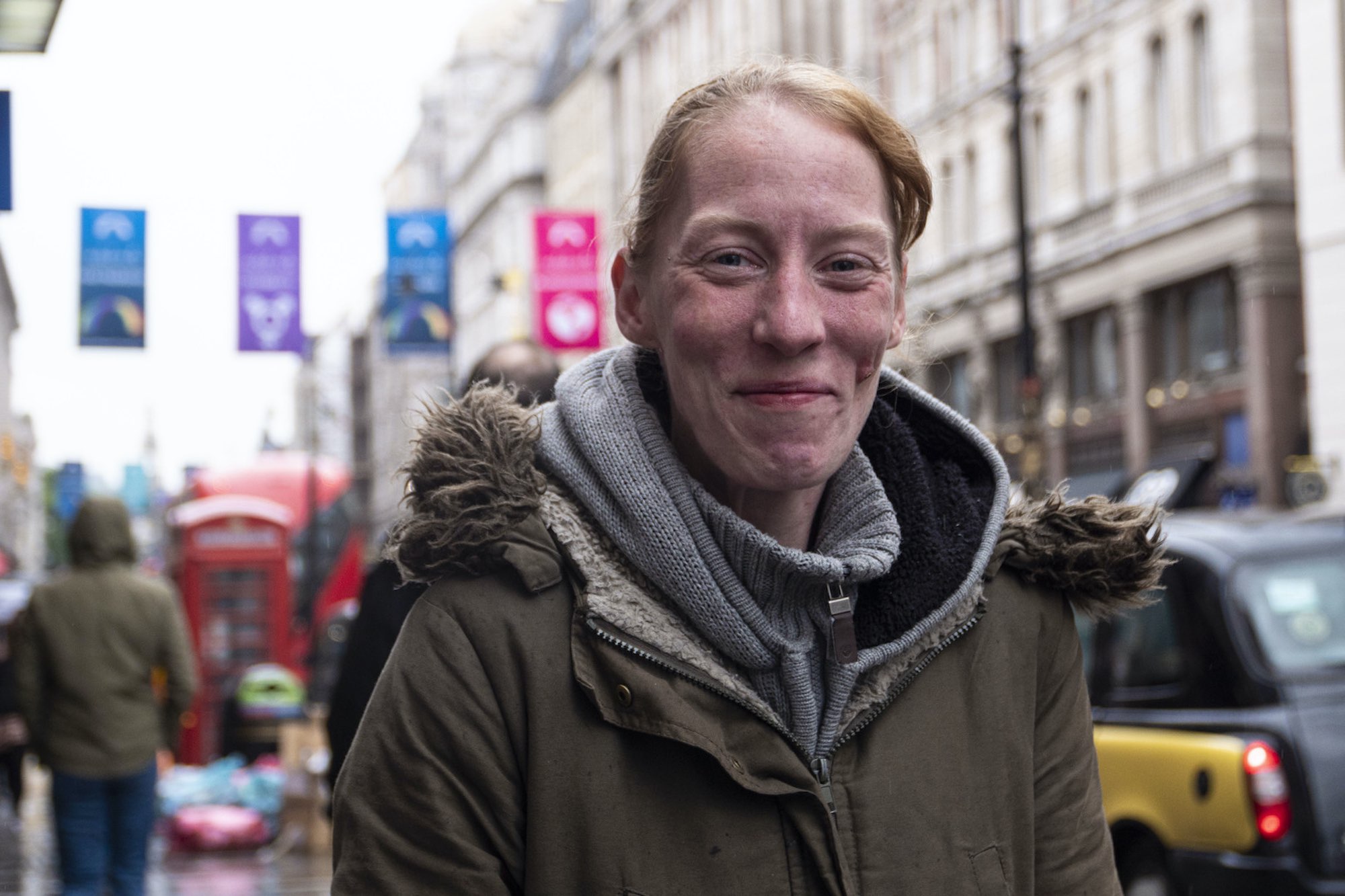 Homelessness in the UK has been a reoccurring subject matter for documentarians for a while now, and while the outcome of such documentaries are generally informative, there tends to be a distance between the filmmaker and the people at the heart of these films. It’s a separation which is created through differentiation in class and perspective and, despite how talented a filmmaker they may be, will remain intrinsic whilst the camera is being held by someone not in that position. Director Giulia Gandini manages to find an elegant solution to this by placing the camera in the hands of her subject, minimising any creative bias she may have, leaving us with Home Stream, a documentary that feels different and most importantly, more honest. DN caught up with Gandini to talk about the inception of her unique vision, and her hopes for changing perceptions on the homeless.

What was your initial inspiration to make a film about homelessness in London?

The inspiration actually came from Hong Kong about four years ago, quite a different theme and setting! I was a media volunteer for a charity working in a refugee camp over there and I wanted to start a program to teach people living in the camp how to operate cameras so that they could tell their own stories. I saw value in having otherwise socially marginalised and silenced people actively involved in the filmmaking process. But due to lack of resources I had to abandon the idea. Over time, this idea had stuck with me and I found myself still thinking about it years later in London. That’s when walking past Embankment station to go to work I grew close to a person experiencing homelessness with an incredible story. I absolutely wanted to capture it on camera and thought it could be the right opportunity to take a risk and try again to bring to life the vision I had back in Hong Kong.

How did you come to the decision to have Lily shoot the film?

When I started doing research for the film I found quite a lot of documentaries on the issue of homelessness already. There’s a lot of good work out there portraying vulnerable people, but there’s also an awful lot promoting the idea that these people are the ‘Other’. The perspective is very often one of the privileged filmmakers behind camera pointing the lens down at the contributor, I absolutely wanted to avoid that.

I saw value in having otherwise socially marginalised and silenced people actively involved in the filmmaking process.

I decided to shoot the doc on an iPhone so that the contributor could freely operate the device and have as much freedom of expression and representation as possible! I didn’t end up filming with the original person I had in mind, but selecting Lily to get involved was easy, she had a genuine interest in telling her story, plus she’s incredibly creative and sensitive. 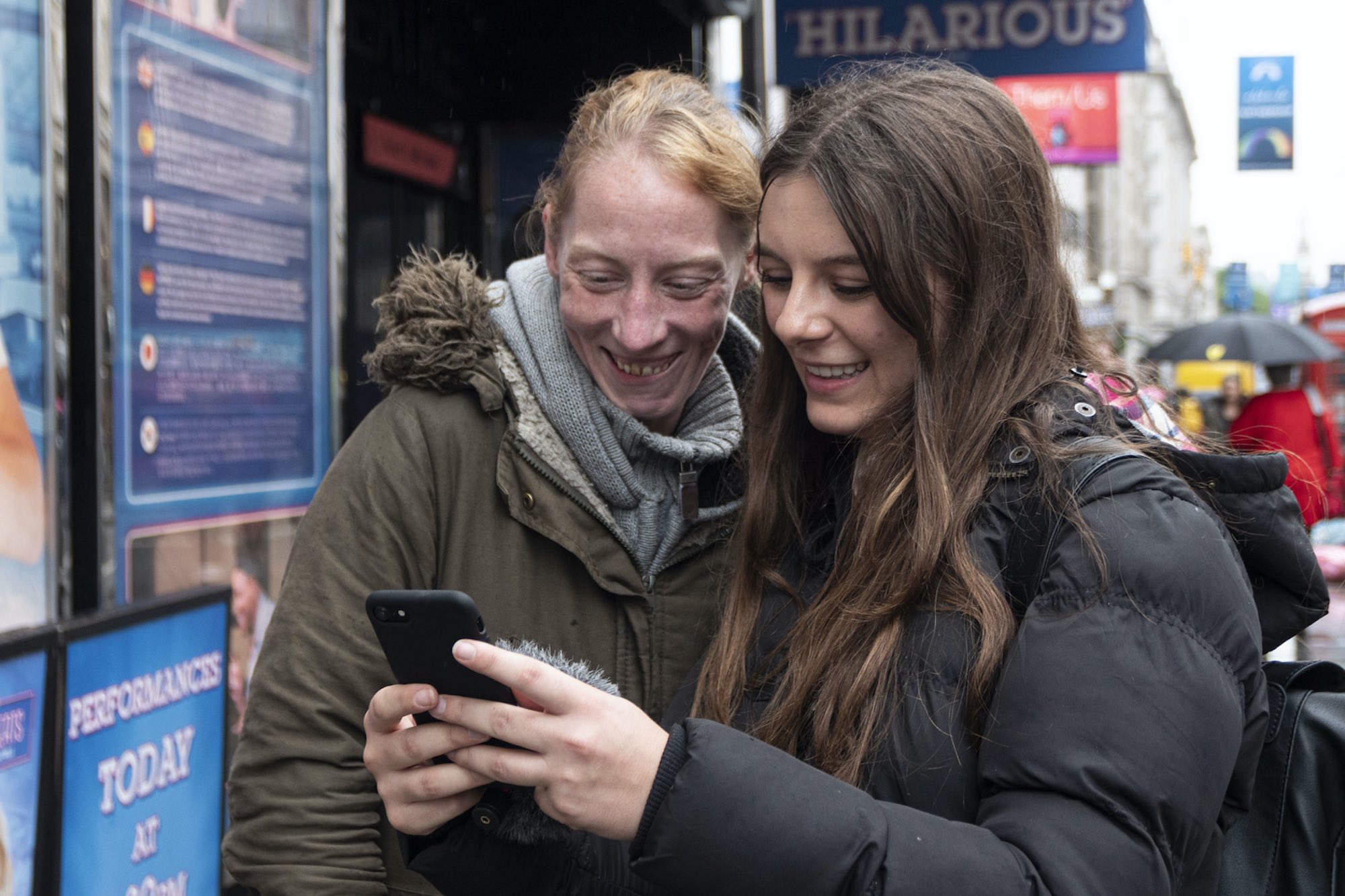 What benefits and challenges did this method of shooting create?

It was mainly benefits to be honest! Proper cameras attract attention very easily, while an iPhone is an everyday object and not as noticeable. Shooting on an iPhone allowed us to easily film wherever and whenever we wanted without being interrupted or anybody noticing, no matter if it was a crowded street or a pub. It was also easier for Lily to use obviously: we didn’t have to cut, re-set, change lenses, move tripods, etc. Lily was free to independently start recording when it was the right moment, and tell her story uninterrupted without the pressure of having a film crew around. I think that really gave a feeling of immediacy, grittiness and rawness to the film.

My main worry throughout the process was sound. The mic on an iPhone 7 is not that good, especially when you’re shooting in London’s rain and wind… but I didn’t want mics to be visible or a sound recordist to be there. After testing different options my team and I decided to use a Rode VideoMic ME-L and we were very happy with the result!

What have you noticed most prominently in the response to the film?

The response so far has been quite positive, we’ve reached more than six million organic Facebook views, and the majority of comments have been supportive, loving and full of hope. Lily’s story resonates with people, which I’m grateful for. I’ve also noticed how layered the term ‘homelessness’ is, and how it’s very often misunderstood.

I’ve filmed with two other people experiencing homelessness in London aside from Lily; one of them lives in a tent, the other in hostels and council flats. Lily herself has a council house where she doesn’t sleep because she doesn’t feel safe. I found out myself that invisible homelessness exists, and that it’s a difficult concept to grasp because it’s not talked about as much in the media. My favourite comments from viewers were the ones related to being a woman on the streets and having your period! Very glad to raise awareness about such a specific issue.

Are you still in touch with Lily?

Yes! Our lives have changed a bit since the shoot so we’re not hanging out as much, but we text and call each other regularly and we’re there for each other. We’ve attended two screenings of the film together here in London recently, it was very cool to be together in the audience and on stage representing the project.

What myths surrounding homelessness are you hoping Home Stream dispels?

At a Q&A for the film, someone in the audience asked Lily what we can do to help out people experiencing homelessness, and she replied “Not make us feel invisible. It’s the most lonely thing in the world.” I hope Home Stream shows how complex the lives of people experiencing homelessness are, and how people on the streets are as human as all of us with a steady roof above our heads.

It sounds pretty straightforward but based on the stories I’ve heard shooting this film it really isn’t. There are people regularly misunderstanding, degrading and diminishing people experiencing homelessness. Hopefully, they’ll see in Lily a bit of themselves, and change their mind.

I’m working to release more short films in the same style as Lily’s, as well as developing new fiction projects, which is what I’ve mainly been directing so far. I’m writing and directing a narrative short film shooting in April 2020, developing my first feature film script and a TV series. I also have some commercial work coming up! Busy busy times, which I’m very grateful for.

Home Stream is one of the many great projects shared with the Directors Notes Programmers through our submissions process. If you’d like to join them submit your film.