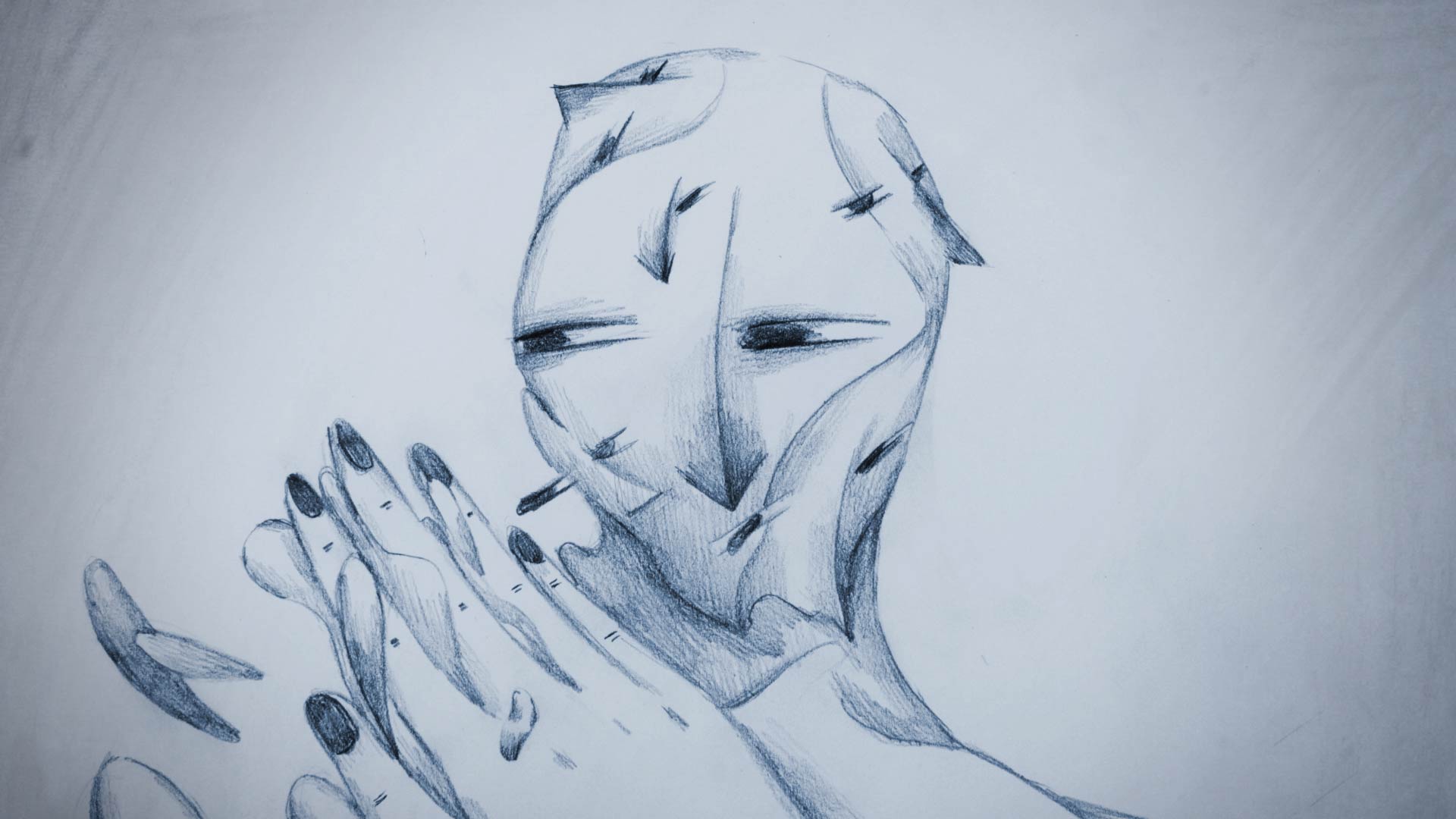 Independent short films, and in particular student films, allow filmmakers a space to explore themes that they would never get to cover in feature length or commissioned pieces. Personal stories with strong messages, that can often result in a cathartic experience for the director of the piece. Yoon Su Lee’s poetic, abstract animation Chakham is a shining example of such a film. Investigating Korean society and the standards it sets for young adults to be obedient and follow the rules, we spoke to the filmmaker about how her experiences in her homeland shaped her film.

Chakham feels like a very personal film, can you explain a little more about the concept of the piece and where the motivation to make it came from?

Chakham is a film that starts from my own personal questions while I was living in Korea, such as, where is my life drifting to and how much am I honest to my own desire.

I always felt that my life was continuously confronted by the dilemma of acting however I wanted and compromising with others’ expectations. Especially my time in Korea as the oldest girl from my siblings, I was expected to act like a grown up, mature and take care of others. I was also taught sacrificing yourself is the most precious value in your life.

I get addicted to these kind of compliments and get obsessed with being good.

Generally, Chakham (the noun means goodness, good nature in Korean) has a very positive meaning, but the more I got used to that kind of praise, I felt I lost my ability to judge what is my true happiness and genuineness. In fact, I get addicted to these kind of compliments and get obsessed with being good.

Things got worse when I started my job in Korea. The older people at work, who were the decision makers, were ignorant about the importance of communication with the young and often imposed their opinions and took it for granted that they’d be obeyed.

In that situation, the young people in Korea, including myself, mostly feel afraid to speak up for their rights and oppose the decisions of their bosses. This film illustrates the frustration from my generation of being tamed to that world and losing our voice.

The film is based around the idea that forcing good nature can be a bad thing, what are you hoping an audience takes away from watching your film?

It is a kind of extension from the first question, as I elaborated, I am not denying we should be kind but talking about the side effects of “good boy” syndrome in Korea society.

Do you feel happy from being a good boy?

I think the audience will feel the frustration, due to the vibe of the film, but also the consolation from watching that at least someone knows exactly how they felt. By showing some scenes that indicate how we erase our characteristics, being passive and being emotionless in numerous situations, criticism in my film could be that it is a sad piece, but there are so many people who don’t know what the problem is in this irony. So I thought the least I could do was make a film raising the question…Is this right? Do you feel happy from being a good boy?

Was the film also somewhat of a cathartic exercise for you? Did it help voice some of your own personal frustrations?

Yes, indeed. I couldn’t say my life has changed much after making the film, but I remember I felt so relieved to be finally expressing my restraint on paper. Every scene was related to some personal incident I experienced, so it was a really therapeutic process. There’s a self-healing that came from finally visualizing my frustration and trying to make that feeling go away at some point.

But still, I hesitate when I have to stand up for myself and speak up. I guess it’s an old habit that can’t be changed all at once.

Chakham is a short full of strong visuals, can you explain some of the scenes (the small man riding the large man with the carrots on the stick, the people cut into pieces by the grid) and why you choose these situations to tell your story?

Most of the scenes started from my writing about the experience of being Chakham. The scene with the characters walking after the carrots, with small guys on their backs, illustrates that sometimes we just habitually do whatever job or role we are given, expecting we will get some special rewards – but in reality we will never get it.

A lot of older people I met in Korea used to make promises they couldn’t keep, just to exploit the younger generation. More specifically, sometimes they’d make us do overtime at work, promising some compensation, but that never happened. Even though I knew it was happening I kept getting fooled.

I struggled to get in that small safe cube, where I could be free from the assessment.

When I made the crowd scene, where some characters were cut by the grid and others hardly fit into the grid, I intend to show how Korean society is pretty harsh at judging people and sets really strict standards.

When you break away from these standards, they will immediately judge you and talk about you all the time. So I struggled to get in that small safe cube where I could be free from the assessment. The standards were not my safe zone, they made me feel more suffocated.

I hope the audience will think about their own experience and relate.

The monochrome aesthetic of the piece is really striking, why did you choose this particular style?

I tried to use some colors but it felt too far from my frustration and the depressing vibe of the film. Also, the texture of pencil and charcoal, the dryness and unpolished look was more attractive to me.

The sound on paper when I worked with pencil made me calm and more focused.

The main emotions of the character were silent frustration and hopelessness so I thought monochrome suited these better than color.

Also, the sound on paper when I worked with pencil made me calm and more focused. I really enjoyed the process.

The film was created at CalArts, can you provide us with some insight into the production – what animation techniques did you use, how long did it take?

Making my short in Calarts was a turning point in my life. I was really blessed to get sincere feedback every week from my talented classmates and legendary instructors. I was amazed that the instructors got the best from every student, while also respecting their artistic values.

I did pencil on paper animation, working by frame by frame. Sometimes I used 3D software and traced out rendered images on paper. I guess it took 2 months of pre-production and 5 months of actual production.

I am working on my new film, about a woman reading face fortunes. It is also a biographical film but this time it’s in color. The film will show a mixture of her real life and fantasy scenes from her imagination about each face she reads. I’ll keep posting my progress on my Instagram.