Katherine Brice and Chris Lunney, otherwise known as HOVVER take natural light formations and isolate them in their art. Director Alex Ramsey documents this process diligently, placing his own creative layers upon HOVVER’s already acute and complex work. It’s a beautiful short film shot on 16mm, with a strong tactile and sensory driven palette. DN caught up with Ramsey to discover how he illuminated the New York duo’s process.

What was the genesis of Tracing Light?

I met Chris when I first moved to New York almost three years ago. At the time, I hadn’t seen anything from HOVVER but was completely fascinated by Chris’ unique view of the world. We had many conversations about light and the extraordinary aspects of nature that usually go unnoticed. I’ll tell you, it’s insane how much Googling these guys do on the properties of photons on a daily basis (they should be given PHDs at this point). When I finally met Kat and saw their art, I immediately connected with the simplicity and beauty of their piece, Luminal Scope. I pushed them to let me make a film about their work for two years (they’re very humble artists) but eventually they succumbed to the pressure and allowed me to put this together. I was excited to create something with HOVVER that focused on the creative process rather than the final piece.

When initially developing this video with artists like Katherine and Chris, how much of the process is planning with them and how much is up to you?

I interviewed Chris and Kat before we shot the film and created a radio edit from that. Once that was ready, I sent it to them and they basically confirmed it and I went about creating a treatment for the visuals. I planned every moment based on the script from the radio edit and followed that shot list pretty much exactly, with a few exceptions, as things always change slightly on set. Kat and Chris were very accepting of my vision for the film and allowed me to take some creative liberties and really interpret their process the way I saw it. My main goal was to show the connection between their everyday inspirations and their work in a visual way.

You tend to work across both commercial and narrative formats, do you feel that this improves your filmmaking? If so, how?`

I know commercial projects are all aimed at selling a product, but from my perspective, there isn’t any separation between narrative and commercial work. They both have the same goal: to tell a compelling story. That said, I think there is something to learn from the inherently different processes behind both types of work. They inform each other and my experiences in both commercial and narrative projects had a positive impact on Tracing Light.

I want the cut to feel like it’s moving towards something, like it’s about to burst at any moment.

How did you find the practicalities of shooting 16mm and what camera/lens did you use?

This is the first project I’ve shot on film and the process of shooting 16mm has changed everything for me. It comes down to intention. When shooting film there isn’t a lot of room for improvisation, and because of that, each frame has to have a clear purpose. We shot 66 minutes of film on an Arri SR3 with Zeiss Super Speeds and a massive zoom we used for the vertigo shot on the roof. I was a little nervous going in but working alongside our extremely talented DP, Mike Faller, I ultimately didn’t notice much of a difference between shooting on film and shooting digitally on set besides Mike’s light meter always being out. The best part about shooting film is that it creates these imperfections and inconsistencies that have so much energy behind them, you can see a lot of those happy accidents in Tracing Light. 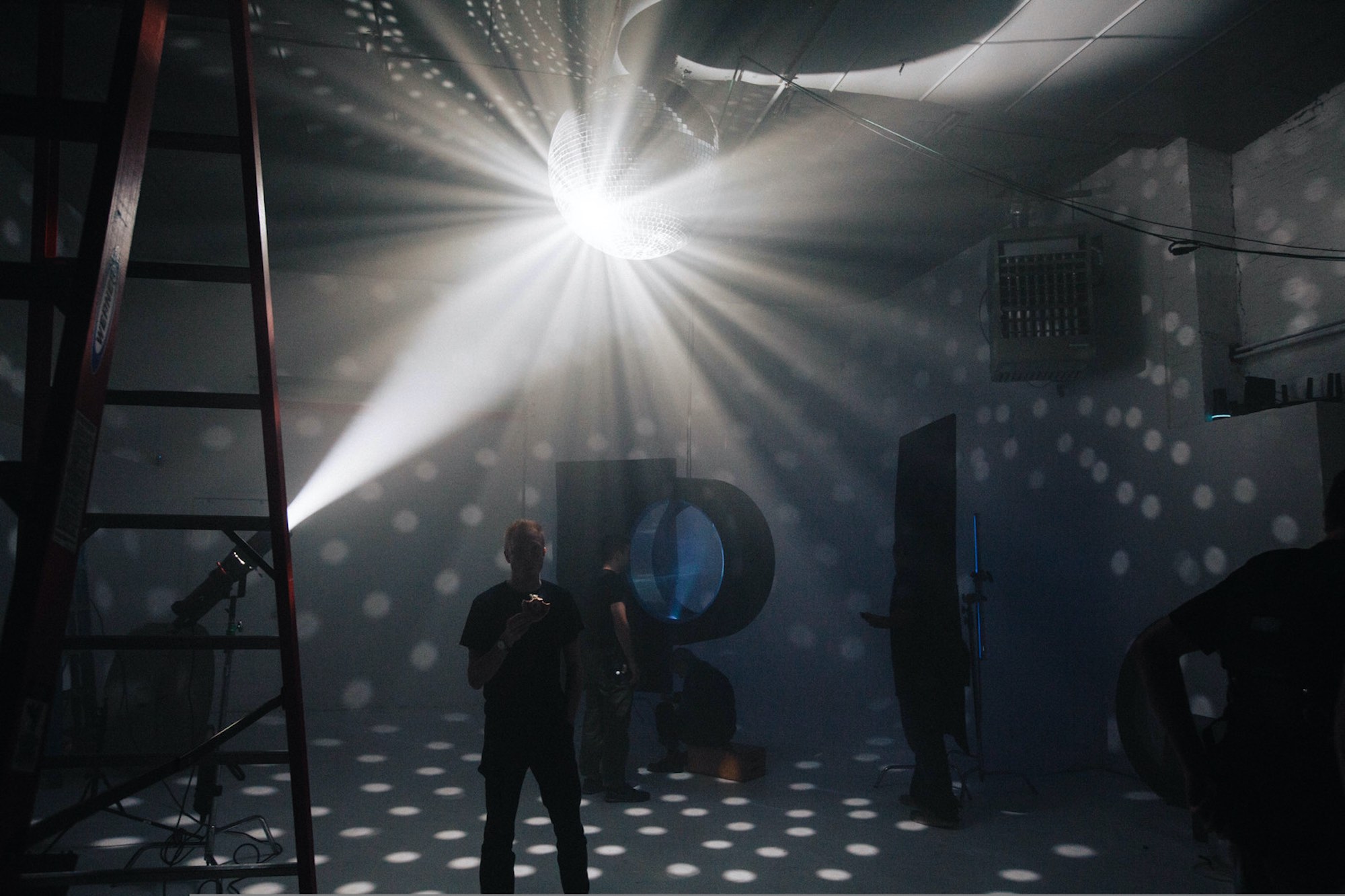 Similarly, I love the crackle in the audio, it increases the tactility of the film, how did you approach the sonic palette of Tracing Light?

Sound is a bit of an obsession for me. When I edit, I’m always pulling sounds from the web to place as I cut. I can’t really see the cut for what it is until I have all the sounds I’m looking for in there. I wanted this film to feel like a series of memories, so the first thing I did was have our incredible mixer, Will Digby, modify their voices to have that timeless old-radio quality.

When I edit, I want the cut to feel like it’s moving towards something, like it’s about to burst at any moment. It’s those tactile sounds in the quiet moments that help make it feel that way while adding a sense of imperfectness that gives the film a raw feel. For Tracing Light, I wanted these sounds to feel analogue, akin to the natural imperfections of a vinyl record, to reinforce the reflectiveness of the piece. I always have a hard time explaining this but I love the expressive power of subjective sound.

For yourself, what draws you to create documents about artists and other people like Katherine and Chris?

For me, taking on a project is just about what interests me. I was fascinated by these artists’ way of thinking and I wanted to put it in a bottle, so to speak. Right now, I’m working on a film about one of the top ballerinas in the world. For that project, I’m trying to understand what it takes to be the best in the world at something and capture that.

What’s next is that Kat and Chris will continue to do incredible things. I’ve heard talk of their next piece going up at scale in New York. I’ve seen a smaller version of it and I can’t imagine how awesome the experience of seeing it even larger will be! On my end, I’m working on the project I mentioned above and a short piece about fear and hope based on a poem I love. In the future, I really want to work on projects that have a focus on unique subcultures and am hoping to shoot something outside of the US soon.