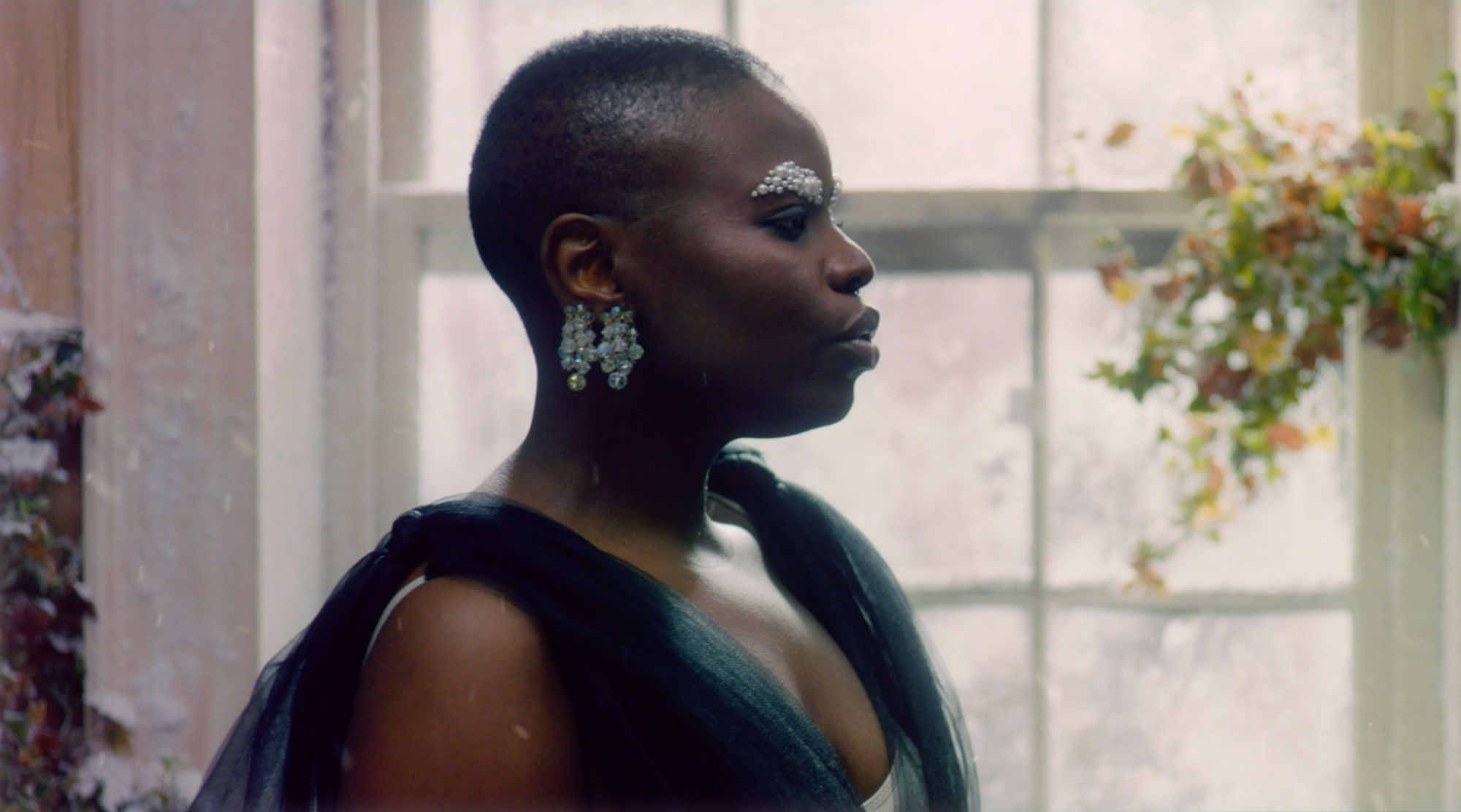 Building on the fruitful partnership they formed last year for their Water Me Down promo, LA-based Director Maegan Houang (last seen on DN here) and multi-instrumentalist, singer-songwriter Vagabon grapple with the forces of nature in sumptuous music video In a Bind. A film which impeccably echoes the track’s theme of emotional stasis, DN asked Houang to walk us through this inventive use of rear projection and practical effects.

This marks your second music video for Vagabon following last year’s Water Me Down. How did your creative paths first cross and what about that collaboration made you eager to work with each other again?

We had a great time on the Water Me Down video. The process was very collaborative and I think we were both thrilled with the final product. The Water Me Down video was the first time Laetitia (Vagabon) had incorporated dance into one of her projects. I brought on my friend and choreographer Derek Nemechek (who I worked with on I Can’t Be Your Superman by Skylar Spence) and they both worked so incredibly hard on all the movements. I was so impressed with both their work, I really wanted to incorporate some kind of dance into the In a Bind video.

She’s stuck in a circumstance she has no control over. That’s why I kept her in the same location as the weather changes around her.

It also helps that I am a huge fan of Vagabon’s music and really love both her first and her current album. I find almost every track gorgeous and inspiring so when she asked me to do another video for her, I leapt at the opportunity.

Between the exquisite costumes, makeup, production and lighting design, In a Bind feels very much like it sits at the nexus of music video and fashion film. What sparked the initial concept and how did it then permeate through the key production departments to coalesce in this visually stunning encroachment of nature?

I had the idea for a music video where the weather shifts around a performer for a long time and I thought it went very well with this specific song. The lyrics in the song have a theme of entrapment – of wanting to be with someone who doesn’t want to be with you. She’s stuck in a circumstance she has no control over. That’s why I kept her in the same location as the weather changes around her. Even when she goes into the hallway, she ends up right back where she started.

The entire crew did an incredible job executing this fairly complex idea on a limited budget. When I wrote the treatment, I drew the set up I had in mind: a large room with big windows with rear screen projection behind it. Terry Watson, the production designer, did an incredible job building the set from recycled flats and other material to save us money. Working with rear screen projection was a first for all of us, including DP Joanna Nguyen and she figured out the lumens we needed in order to still light Laetitia in a way that mimicked natural sunlight. Autumn Reynolds, the stylist, is brilliant and works with Laetitia on a regular basis. She did a great job tying Laetitia’s personal aesthetic into the concept for the video. 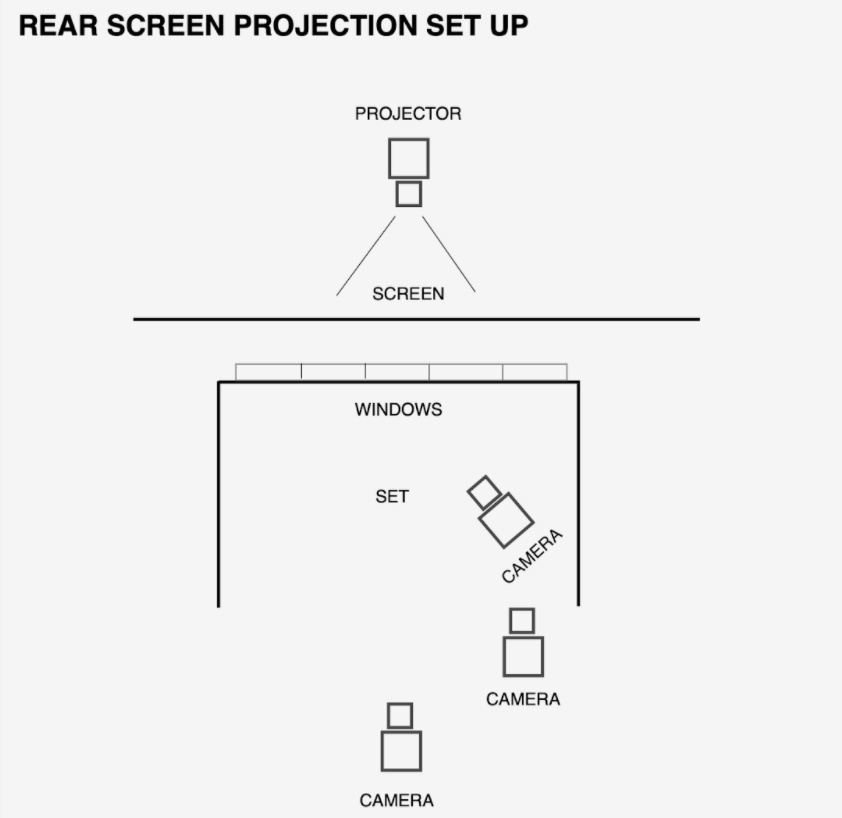 When I spoke to department heads, I always tried to give them the big picture first and then allow them to be creative in the details. This is largely because we had very limited resources and often it becomes a matter of what kind of materials can we find for the right price?

This is version of In a Bind includes strings as compared to the album version, did this added element in the music play into your approach for the video at all?

We started working on the video for weeks before we heard the strings version and I was thrilled when Laetitia sent it. If anything, I found that the strings enhanced the naturalistic elements of the concept.

In the final flood sequence, we really flooded the set!

As you’ve mentioned, rear screen projection and practical special effects were key tools for this project, could you please tell us more about how they were deployed on set?

For the earthquake scene, we simply shook the camera and threw dust / other materials from the ceiling. Some of the shaking was augmented in post with VFX. In the snow scene, we used fake snow with some VFX augmentation of snow falling and giving her cold breath. For the tornado/lightning scene, we employed lighting effects and large fans that blew pieces of torn up paper around her. We also shot this sequence in slow motion in order to better underscore the movement of the paper around her. In the final flood sequence, we really flooded the set! When Terry built the set, she laid down tarp underneath the floor that surrounded it so that we could flood it with water at the end. Due to budget constraints, we were unable to build rain towers and our shooting location also lacked the water pressure we needed to get the full effect.

For the rear screen projection plates, we used a combination of plates shot by our DP Joanna and stock footage we licensed and color corrected. When the project was edited, we sent the finished cut to ColorLab for a 35mm film out that we used in only two sequences – the snow scene and the flood scene. The other two scenes came back too dark and were unusable. The film out helped make the VFX look more intrinsic to the image and created a really nice purple gradient that we loved. Chris Ripley did a great job color correcting this.

What do you have in store for us next?

Given the rapidly changing environment, I am mostly taking it easy and trying to think about what to do next. I just finished writing on a new mini-series for FX called Shogun based on James Clavell’s 1975 novel and am now working on a few projects I have in development. It doesn’t seem likely that I’ll be directing anything new for quite some time.