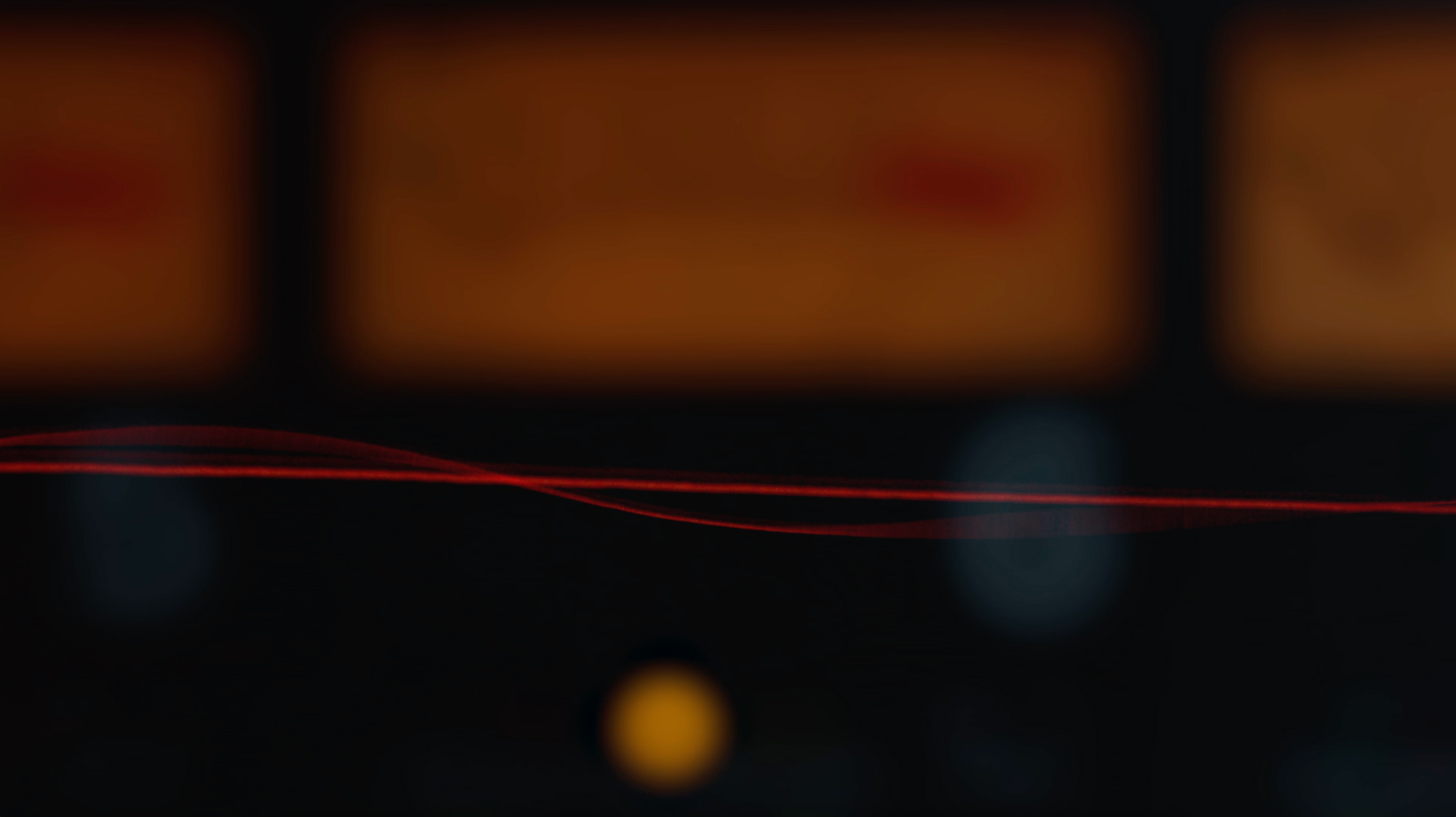 New from Los Angeles-based artist and filmmaker Justin Daashuur Hopkins Vanishing Twin for Blake Mills’ haunting track is a beguiling ode to isolation. Featuring an assorted collection of hand built kinetic sculptures and instruments that play themselves without the need for human intervention, Hopkins tells DN how he brought his mechanical musicians to life.

How did the commission for Vanishing Twin come your way and what inspired you to craft a mechanical orchestra for the video?

I first met with Blake at his studio over a year ago to help brainstorm an idea for an immersive art installation in New York to celebrate the release of his album Look. As our conversation progressed we began to realize our limitations. That initial brainstorm went in a totally different direction and resulted in the first video I did for Blake called FIVE.

Although the initial art installation idea didn’t come to fruition, the idea of kinetic sculptures never left my mind. There seemed to be an opportunity to create the feeling of being human, without having actual humans in frame. Being able to understand the logic of how the sculptures were built as well as their stories became fascinating to me. The thought of objects as characters was and still remains incredibly interesting, especially when paired with that often times unexplainable feeling that can come over you when listening to a particular track of music.

Being able to understand the logic of how the sculptures were built as well as their stories became fascinating to me.

What was your process for designing and then constructing the sculptures?

I wanted to reference as much modern art and sculpture as I did classical instruments of the past. I was influenced by Dadaist sculptors like Jean Tinguely and Duchamp. There is a charming and sincere absurdity to their work that I wanted to capture. 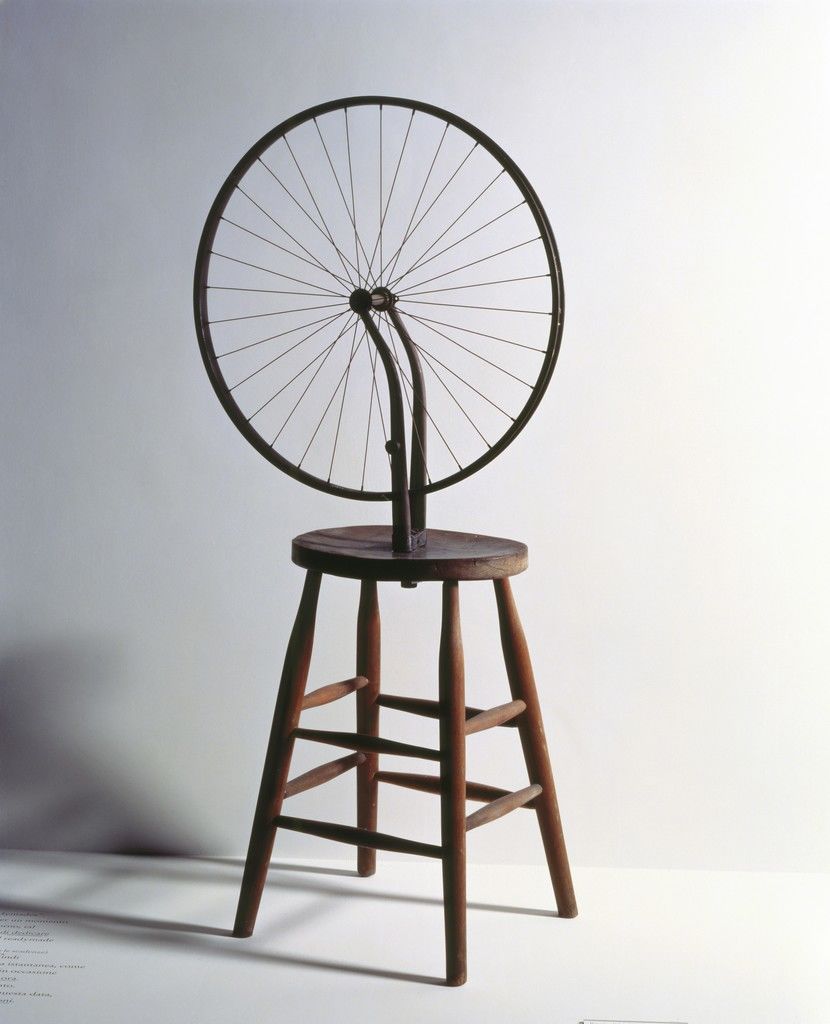 Other objects like the tuned wineglasses on turntables and the self playing cello were modeled on archaic obsolete musical instruments like the Glass Armonica and the Hurdy Gurdy.

I had a little over three weeks to deliver the video which included designing and building the objects/characters, shooting, and the final edit.

My good friend Zlatko Mitev and I immediately set to building the sculptures. We were fabricating them all ourselves all the way up until the install and initial shoot date. We used old tree roots (paired with internal electronics), a bicycle wheel, microphones cast in gelatin, tuned wine glasses on turntables, and a cello hurdy-gurdy device with a hacked drill motor to vibrate the strings. There are also a few robots we were able to utilize as “musicians” that play the music with midi data that trigger the drumsticks. It had to feel both absurd and logical at the same time.

Do you have a favourite sculpture from the project?

One of my favorite sculptures is the one that ended up being the least effective and only ends up making a cameo in the final video. The “Speaker Forest” was inspired by a couple of very different influences.

When I was a kid my favorite thing about the Star Wars movies were the sound FX designed by Ben Burtt. In my opinion the most fascinating and exciting sound created for the film was the iconic lightsaber sound. The original SFX for the sabers were made by swinging a microphone back and forth in front of a speaker playing various hums generated by film projectors and fans. The final result was a whirring doppler effect that was mysterious and dynamic. I loved it!

The other major influence for this sculpture came from the modern minimalist piece by composer Steve Reich as performed by Sonic Youth called Pendulum Music. All of the music was made by swinging microphones at varying arcs to make circular screeching sounds made by the wind blowing through the mic. 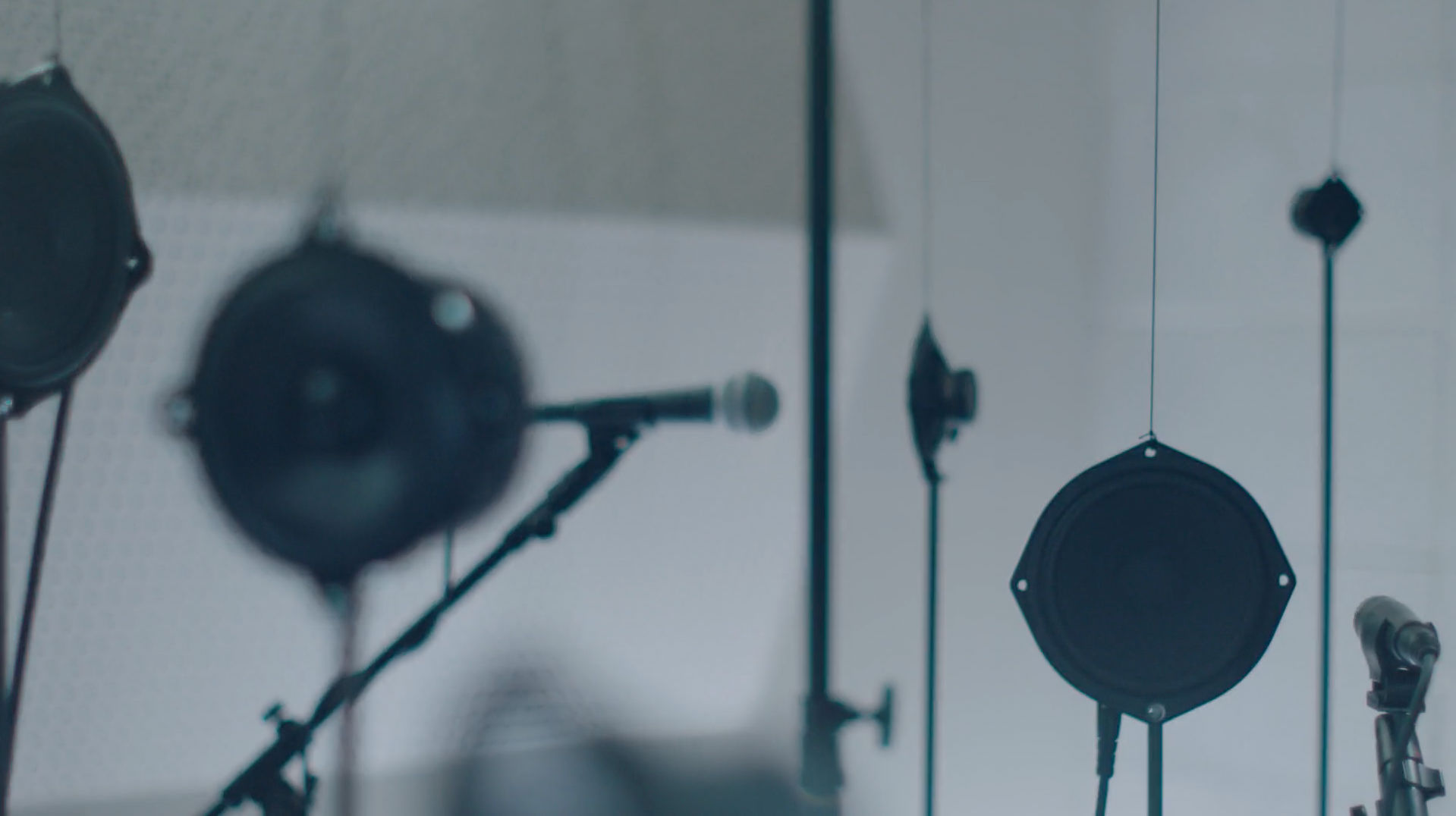 What about the Speaker Forest appeals above the other pieces?

I loved that it represents two pivotal discoveries from my childhood. Movies and Weirdo Art Music. This is an Easter egg and signature of mine. I like to hide the Japanese flag in my videos to honor my heritage. Sometimes it’s not as obvious but in this instance is pretty direct. Here it is in other videos… 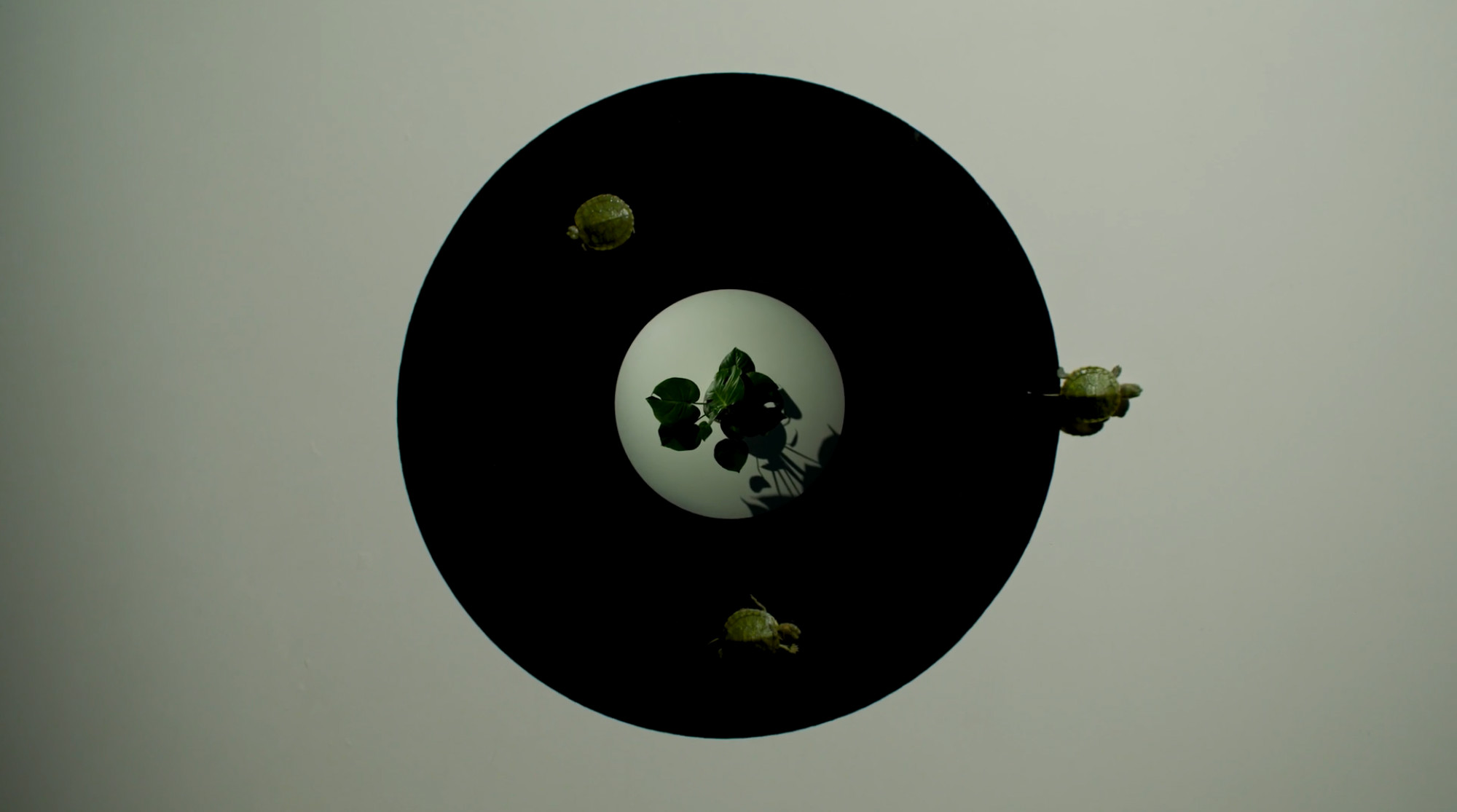 and in totally different sort of video… 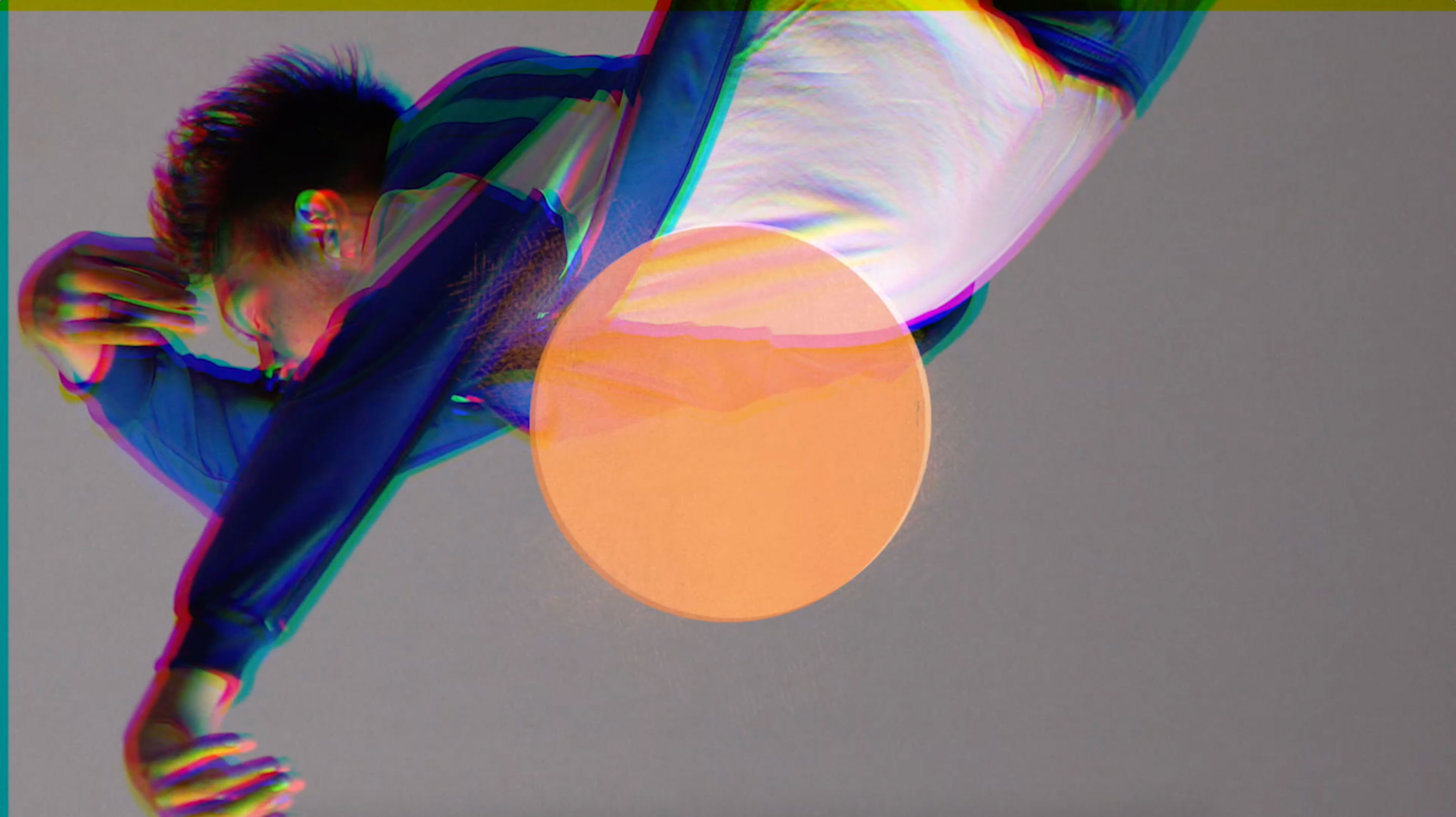 The disc in Vanishing Twin is more obvious and direct and also connects directly to the color red which is a parallel to the shaking red cord on the cello and the string dancing at the end of the video.

I like to hide the Japanese flag in my videos to honor my heritage.

I love both these sculptures because they are very personal symbols to me.

The quarantine has paused most of the projects I had planned but I am wrapping up the edit on two short films. I also have a few more music videos in the works. Mostly I’m just trying to stay sane and healthy and use the time to write and develop ideas for when the lockdown lifts.