In the outskirts of Kaohsiung, Taiwan, is a small village that looks, according to filmmaker Sean Wang, like “it’s been hit by a hurricane”. Earmarked by the government for major redevelopment, the mostly abandoned settlement is home to a few standouts, refusing to leave the place that they call home. The Asian-American filmmaker visited his parent’s native country of Taiwan to learn more about these residents, creating a moving reverie on the nature of identity, belonging and home. We spoke with him about the inspiration behind Still Here, gaining the trust of the locals and the opportunity for Asian-American filmmakers to tell new stories.

This village is where your grandmother used to live. Can you tell me something about your personal connection to the place?

The village is in Kaohsiung, Taiwan. It’s where my mother grew up and where I spent a month or two of every summer until I turned fifteen years old. Around that time my grandmother moved out because my grandfather passed away and we just sort of stopped going back.

If we could connect with these people, it would be an interesting thing to make a film about.

As I got older and became a filmmaker, I had always wanted to shoot something in Taiwan because I had roots there. I just never really knew what I would make exactly. Then my mother said that she was going back to Taiwan for Chinese New Year to visit some relatives, and asked me if I wanted to come. I wasn’t working at the time so I thought this might be an interesting opportunity to make something; it could be really scrappy, just me and a camera, but I wanted to try and find something that wasn’t just a travel video.

On a whim I asked my mum what happened to the house we used to go to every summer and who lived there now. She said that “Nobody moved in, the entire village has been displaced and decayed, but the government can’t do anything with the land because there are three or four residents who refuse to leave.” I didn’t know why they decided to stay, but I thought there must be some special reason. So I thought, that if we could connect with these people, it would be an interesting thing to make a film about. 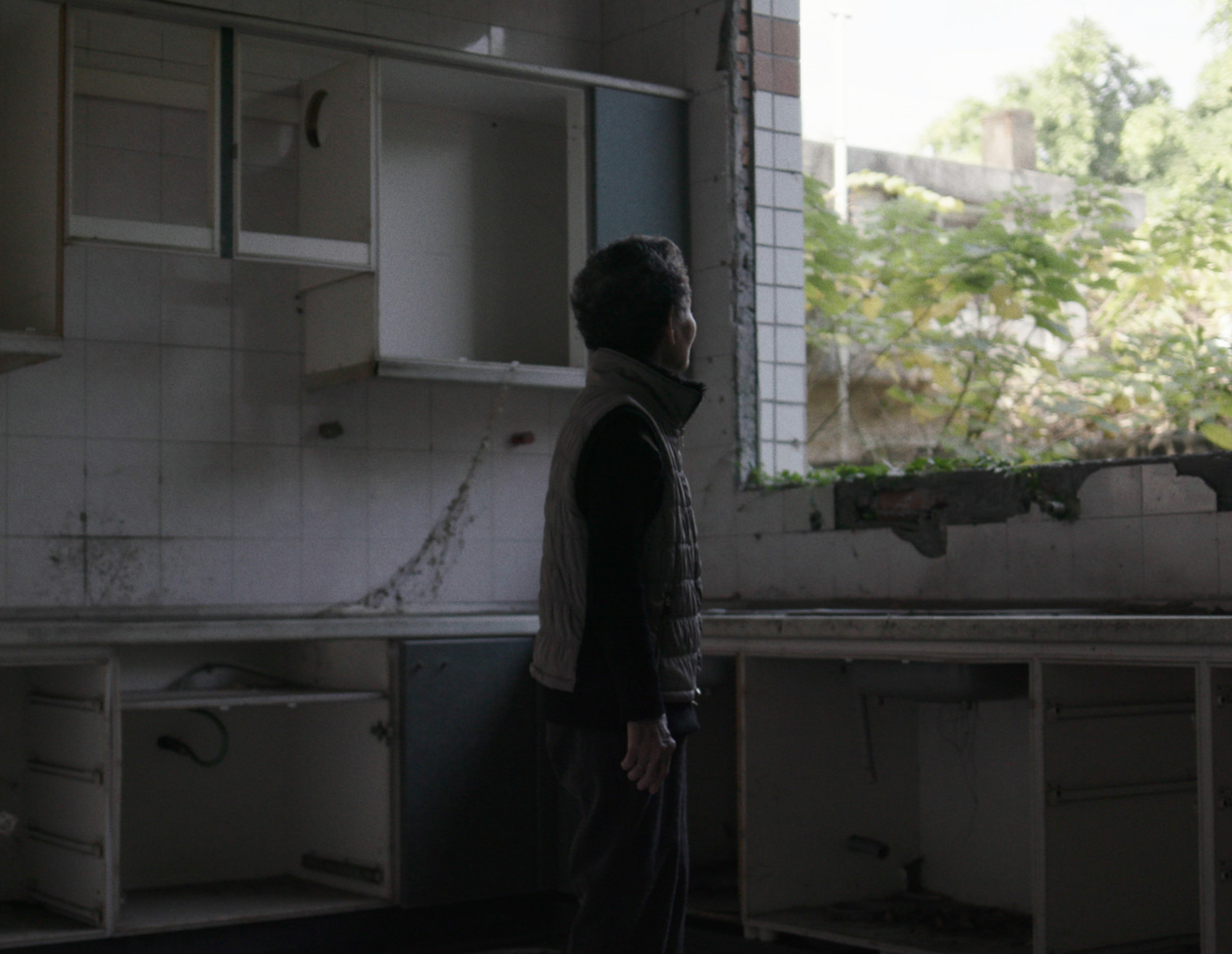 Was it hard to develop a connection with the locals? I could imagine they are wary of outsiders…

It was hard at first in the sense that the land is government owned. We got there and didn’t really have access to any of the subjects who were there. We spent a day or two walking around the village. I thought at the very least we could make a two minute thing — the first two minutes of the film features my grandmother looking at her old house. On the third or the fourth day, my mum, who had been making calls to people who were still in the village, finally connected with one guy. He only wanted to talk to me, none of my friends, and without a camera.

He used to be a military general and he was a very stoic and stern guy. He sat me down, interrogated me and asked: “What organisation are you with? What government propaganda is this for?” I explained it wasn’t government-related and my grandmother used to live two streets away. Once he realised that we weren’t trying to make a journalistic kind of piece, but something more subjective about their lives, stories and relationship to the village, he became the biggest supporter of what we were trying to do. He connected us to the rest of the villagers.

The quality of the film has a rusty, nostalgic kind of feel. What kind of camera equipment did you use?

We shot on digital. My DP used his C300 Mark II. But when we were walking around the village, we were thinking this place feels so old, and capturing it on a super-sharp digital camera isn’t going to do it justice. We decided to frame it in 4:3, and colour it in a way that emulated 16mm, to push a look that felt a little less modern, more melancholy and hopefully more filmic.

Your previous film 3,000 Miles was about your relationship with your mother when you moved from LA to New York. How important is the theme of home and belonging to you?

But in the last several years, as a filmmaker, I’ve been trying to figure out personal things I want to tell. Now a lot of my personal films are in Chinese. I’m just figuring out parts of my life that I’m trying to put in a film. I think those two parts of me are always fighting with each other in a way that feels honest to the way I feel just living in the world. Hopefully, it just feels like an honest portrayal of Asian-American life.

Do you think — with the success of The Farewell, the “Parents” episode of Master of None and the recent release of Tigertail — there’s more opportunities to tell personal stories about Asian-American identity?

From a selfish point of view, there is definitely more as an Asian-American trying to get things made. I didn’t even know I was allowed to tell those stories, because I didn’t feel like people would care. But then you see it plastered so large in this mainstream fashion and people resonate with it. I think it helps me look more deep inside myself and think: “What are the stories that I want to tell?” I think it has given me the confidence to dig deep into those things.

I didn’t even know I was allowed to tell those stories because I didn’t feel like people would care.

Then Tigertail came out, and it’s set in Taiwan and is essentially my parent’s immigration story. I think, especially in this current climate with coronavirus and the uptake in Asian-American hate crimes, that seeing something so unabashedly Asian-American and proud of its Asian-ness was very comforting. So when the festivals we were looking to debut the film at were cancelled, we were inspired by it to just put our film online. We didn’t really hit up any outlets or anything — I just uploaded it to Vimeo and was like, “Alright, let’s see what happens.” So it’s been a pleasant surprise to talk about it with you right now.