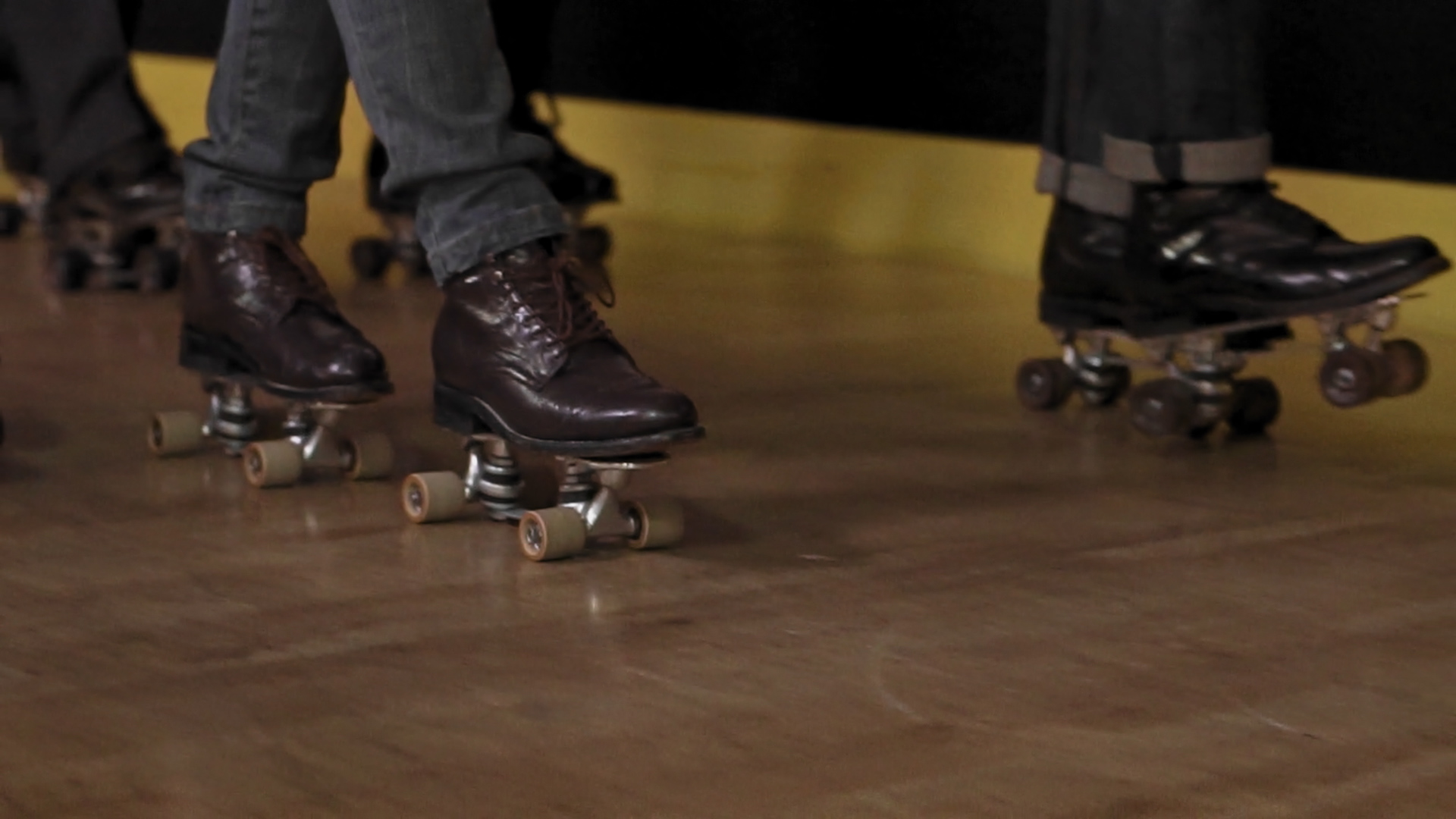 Roller skating discos may bring to mind flared trousers and extravagant hair in the UK, but in the USA, the innovative scene has thrived underground; with each city bringing its own dancing styles. L.A. Roll charts a few years in the life of the L.A. roller skate scene, following skate crew Sk8 Mafia as they suffer from the loss of cultural institution Skate Depot and look for a new home to put on their iconic college night. We talked to Director Helki Frantzen about the project, the unique skating styles of Los Angeles, and her hopes for the future of the scene!

What inspired you to make the film?

I’m a roller skater. I was living in New York City and a friend invited me to go skating in Newark. There is a great monthly skate party there and I was introduced to this community of dance skating which blew me away. When I moved to LA, two of my favourite rinks there closed within just a year. That’s when I realised I wanted to make a film about it. At the same time, I reconnected with a cinematographer friend from grad school who is also a roller skater, so we decided to do this together!

It felt really important to make a film that shows this artform that doesn’t really exist elsewhere.

Did it help when getting involved that you knew the ins and outs of skating yourself?

Absolutely! But the styles are different regionally. Another reason I wanted to make this film was that both Thomas Torres Cordova, the cinematographer, and I, had been skating on the East Coast, and it’s a totally different style of skating in L.A. When I saw how people skated, and their custom shoes, I really wanted to celebrate that. For example, they have something called trios where it’s three or more skating together in circles — I’d never seen anything like that before.

It felt really important to make a film that shows this artform that doesn’t really exist elsewhere. When they were closing there was this big question: “Where are people going to skate?”. This was in 2014 and it was very unclear what was going to happen.

The film features gorgeous, flowing takes accompanying the skaters close up? How did the filming process work?

It took us a couple of years experimenting to figure out how to do this. My film partner Thomas is an incredibly skilled skater and cinematographer. We knew that this community could only be experienced this way, with a really immersive, experiential film, so it took a while to figure out the best set up. It finally came to Thomas just carrying an A7S camera with an Atmos monitor on this heavy DJI Ronan Gimbal stabiliser. The first time he did that he almost killed his shoulders and arms. But he could do it because he’s been speed-skating competitively since the age of 5. 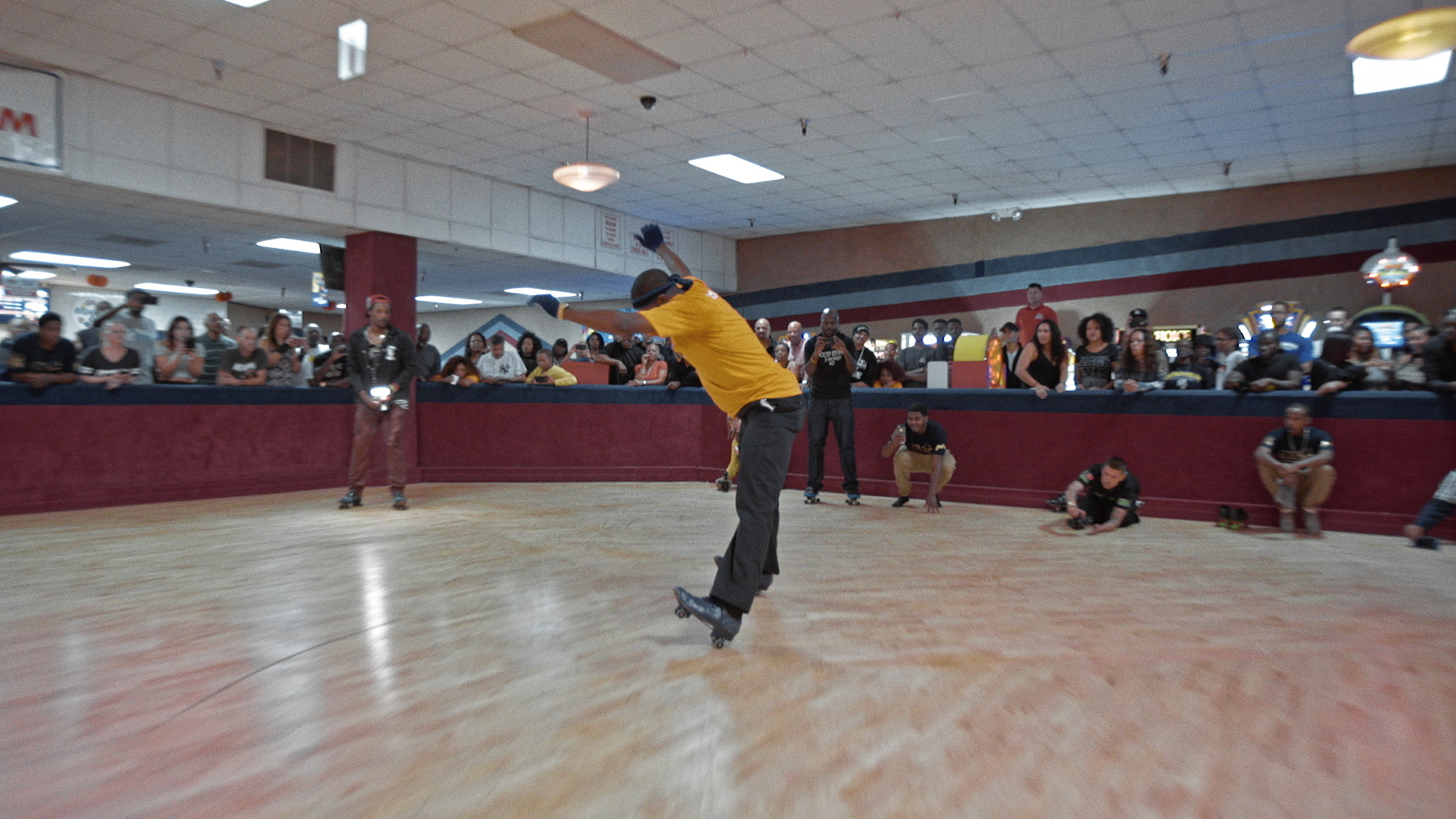 The soundtrack is really cool, featuring funk, electro and classic 90s-style L.A. hip hop. How did your collaboration with the composers come about?

The soundtrack I initially edited to was really jazzy and funky. I asked my friend Guillermo Brown if he was interested in doing the music. He brought in his partner Wynne Bennett, and they took their cues from what I had and added their own interpretations really fast. I was so lucky to be able to work with them; they made the film work.

Why did Skate Depot close down? It seemed like such a popular place…

They weren’t able to renew their lease. As the value of the land has gone up so much in L.A., rinks either sell their lands or can’t renew their leases. As there are no taxes on rink admission, cities don’t make money from it, so they prefer to have what we have here: Home Depot or CVS. In the end, Skate Depot was torn down and replaced with a discount luxury clothing store called Saks Office.

I wanted to tell a story of resilience; of a community that has learned to improvise and find places to skate regardless.

You follow this journey through one crew named Sk8Mafia, who are the beating heart of the film. Did you want to use them as a way of getting into the emotional core of the film?

Originally, this was meant to be a feature. With the feature we followed a number of people who are not in this cut and really deserve their own movie. With Sk8Mafia, we found a way to tell this story exploring the consequences of the loss. This was their night and for them this is everything. They’re leaders in the sense that they created this college night; then when World of Wheels reopened they started another college night. So with these guys I found a way to track the story of these rinks.

It was great to see that this story, although charting the forces of gentrification, also tells a story of hope and renewal. Were you looking for a hopeful note to end it on?

With the feature I didn’t expect to end the film on a hopeful note, but with a short it made sense to end it like that. At the time it felt true to the moment that the rinks had returned in some way. I think I wanted to tell a story of resilience; of a community that has learned to improvise and find places to skate regardless.

Do you hope the film makes an impact in terms of forcing the city to rethink what counts as a landmark?

That would be amazing. I think it would be great for cities to create public-private partnerships to keep these rinks going as recreation centres. I mean, we have basketball courts and skateboarding parks. Why not have roller rinks, especially as they are so popular?